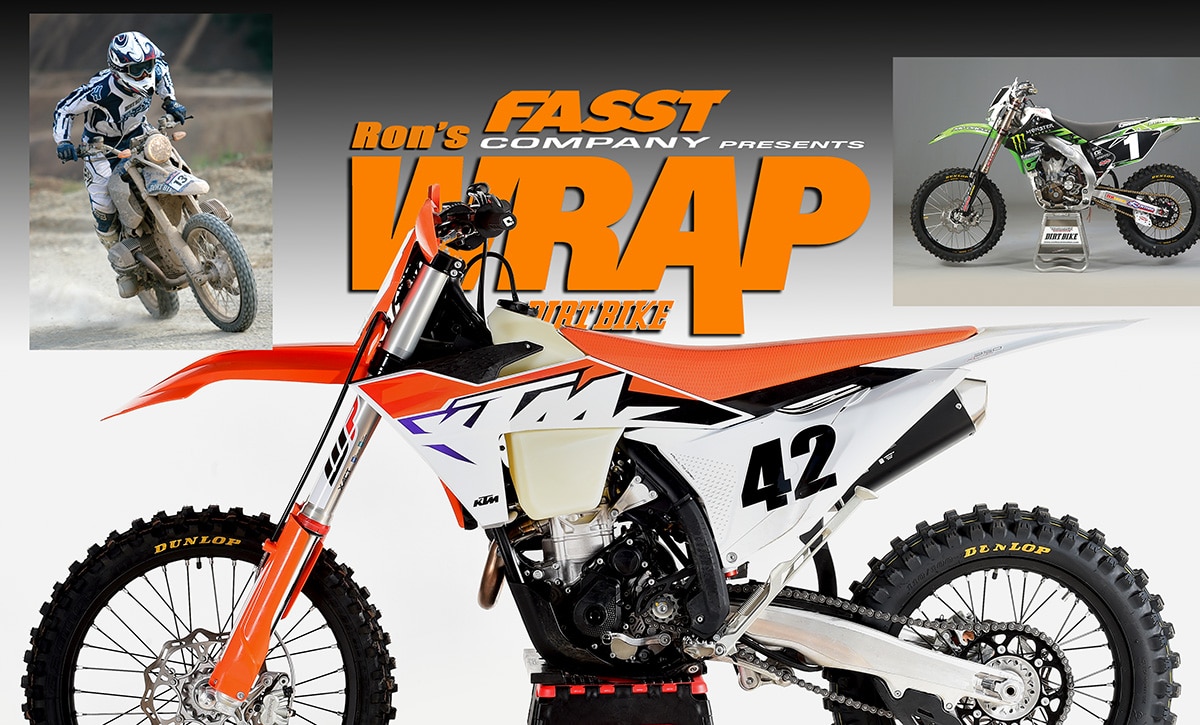 We just got our hands on a 2023 KTM 350XC-F and we love it as much as ever. KTM’s XC line is over 16 years old and it more or less defines the category we call, “closed-course cross-country.” Setting aside the nonsense nature of the term, the category is populated with motocross bikes that have been tweaked for off-road use. A 350XC-F is just like a KTM 350SX-F, but with a six-speed gearbox, softer suspension, a larger fuel tank, an 18-inch rear wheel, a kickstand, an O-ring chain, handguards and a skid plate. It has motocross power, a motocross muffler and is not EPA certified as an off-road bike. For 2023, it has a completely new motor, a redesigned frame and all-new bodywork. KTM is using the same platform for all its competition bikes in 2023. The frame is around 6 pounds heavier than the previous version. The suspension components are the same as those found on KTM’s motocross bikes, but the valving is softer. The recommended air pressure for the fork is 144 psi, which is 10 psi lower than the recommendation for the MX bike.

We still don’t understand why every motorcycle company on earth doesn’t offer an off-road 350 four-stroke. Everyone loves the 350XC-F. It’s still the missing link between the brutish overkill of a 450 and the sluggishness of a 250F. The 350 gives you the option of riding along at low revs or mounting a full-on attack by screaming the motor. Sometimes one approach works better than the other, it depends on the rider and the terrain. If you choose the low-rev option, there’s a sweet zone below 10,000 rpm where the bike responds quickly but not violently. The high-rev technique, on the other hand, means things happen very quickly and require more effort to maintain control. 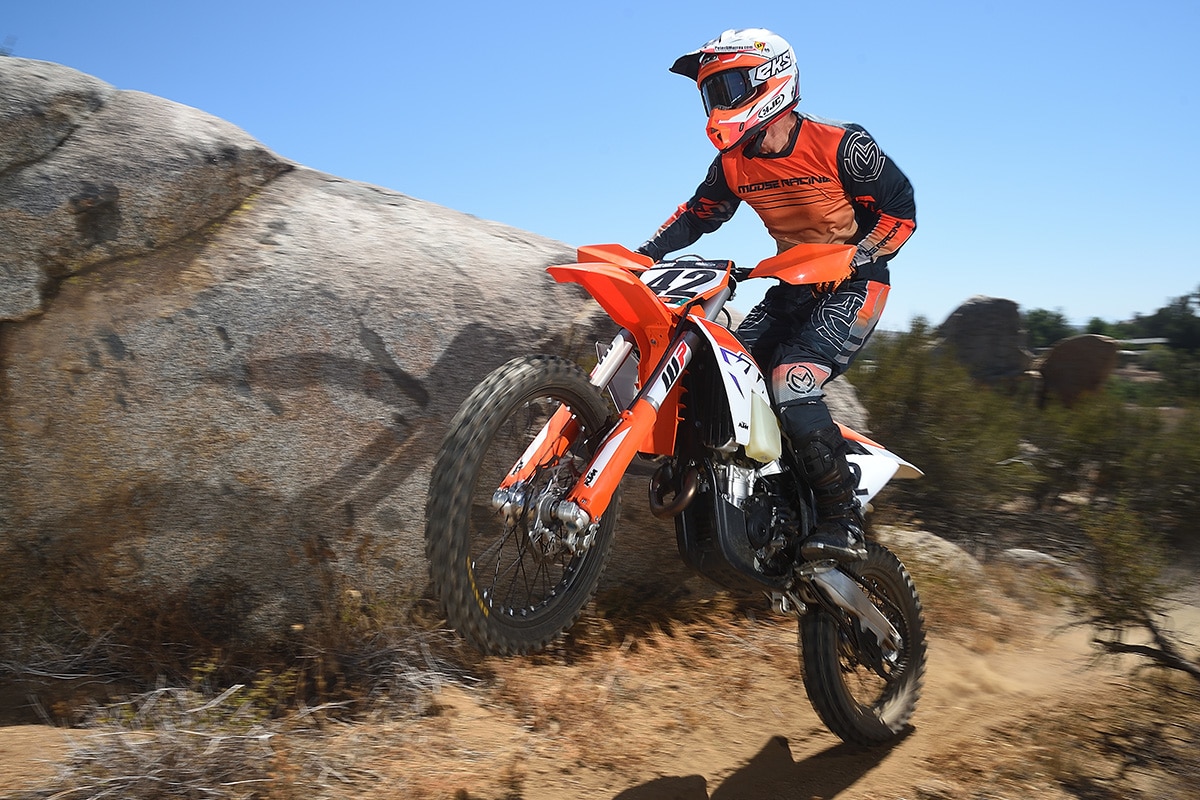 In truth, most riders use a combination of the two riding styles. You simply leave it in one gear and almost never shift. KTM altered all the gear ratios this year, including the primary gears and the final drive sprocket sizes. When you look at the big picture, the overall gear ratios are more spread out. First gear is about 12 percent lower. Second through fifth are lower as well, but by lesser amounts until sixth, which works out exactly the same as last year’s. On normal trails, there’s rarely a need for first. Likewise, you’re unlikely to find yourself tapped out in sixth, even in the fastest western GPs and desert races. Top gear is mostly for reducing the buzz on high-speed dirt roads. The new motor gained a little in the middle, which works well with the broader gear spread. The two maps available on the new handlebars switch, and there’s a distinct difference. The lower map (green) is more rev-oriented than the standard map, which most riders preferred.
The new 350XC-F handles about the same as the old 350XC-F. The only difference you might notice is a little more rigidity, but that’s highly subjective. Most riders feel the new frame is superior in the sand, and that you can get away with softer settings. In that situation, the new bike is actually less harsh than the old one. We are going to keep on exploring the new 350XC-F until the last minute and a full test will appear in the September, 2022 print edition of Dirt Bike.

In the ‘90s and early 2000s, Kawasaki had a lock on the AMA National Hare & Hound Championship. Why wouldn’t they? No one else had a KX500! The balance of power finally began to change because of Ty Davis. He had the nerve to win with the Yamaha YZ426F in 2002. Then his teammate Russ Pearson did it in ‘03 and ‘05. For Destry Abbott, the news only got worse. Starting in 2006 he would have to race the new KX450F in the desert. Taking his KX500 away when he needed it most was probably a tough pill to swallow. As it turned out, the KX four-stroke was a great desert bike. He won the championship on it on his first try. We got the chance to ride the bike in early 2007, and loved it as well. To this day, though, Destry still loves his KX500. It’s okay. It’s not like marriage. You can love more than one motorcycle.

Over the years I’ve had the opportunity to ride iconic races all over the world, including Six-Days, Rallys and even the Blackwater. Erzberg is one of those that didn’t make the list–not really. In 2007, I got the opportunity to ride it on a BMW HP-2. Sure. Why Not? I actually rode the Qualifier the day before. Why most people don’t understand is that the Iron Road Qualifier is nothing like the actual Erzberg Rodeo hare scrambles. It’s just a big, wide road. The BMW was wonderful for that. My time wasn’t very good, though, and it would have placed me near the back of the 500 rider start grid. There was no chance I would climb the very first hill, which was a massive bottleneck. I decided not to destroy the $20,000 bike in a pointless attempt. Even I have a conscience. I was really there to take photos of the event, so on Sunday I documented the then-unknown Taddy Blazusiak winning his first big race.

SATURDAY AT THE GLEN 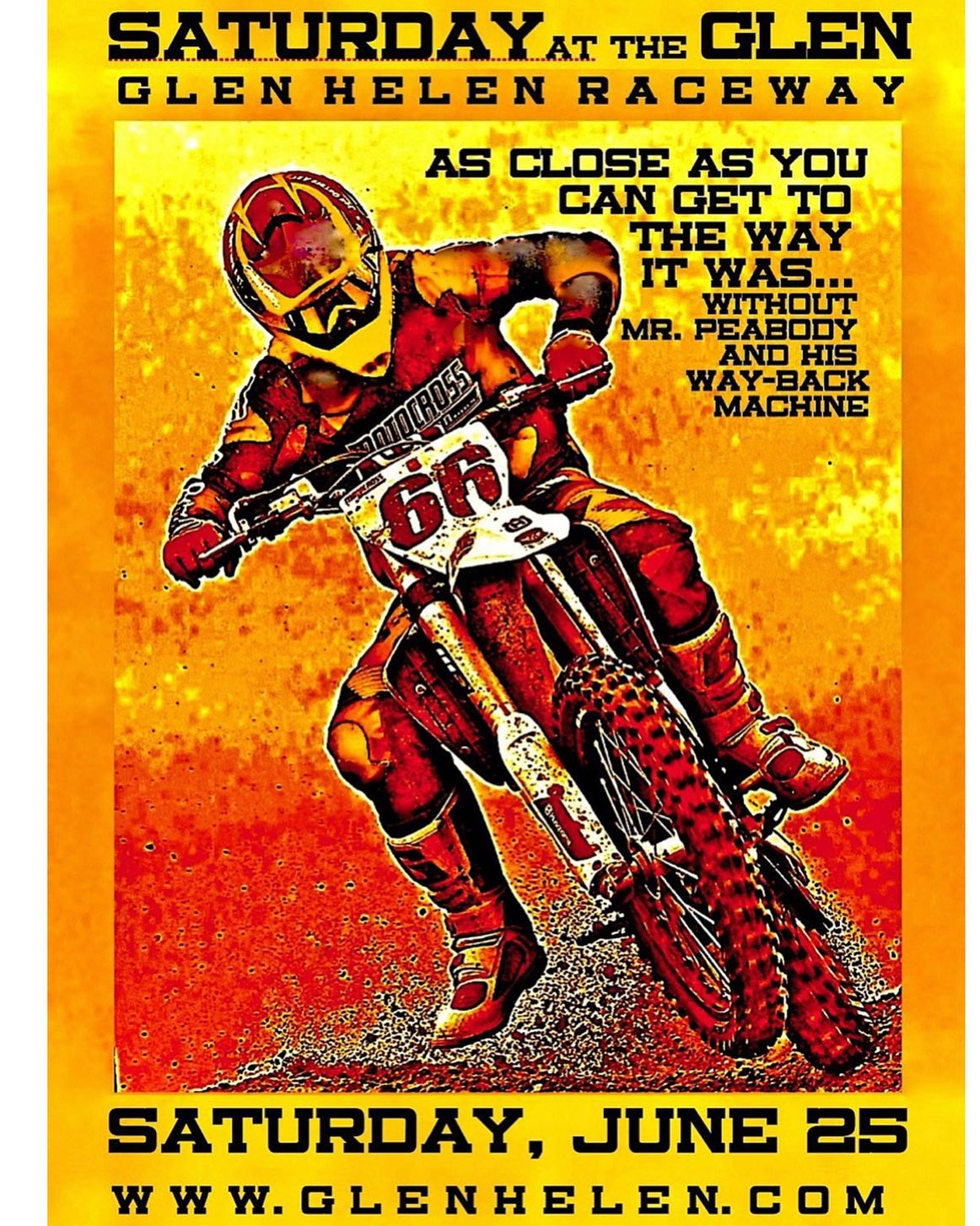 Saturday at the glen is Glen Helen’s ultra-affordable Saturday racing program, which now includes minis as well as all the other classes. It starts bright and early tomorrow: Practice 8am – Each Practice will be 8 minutes. You can sign up for Glen Helen Saturday racing here. 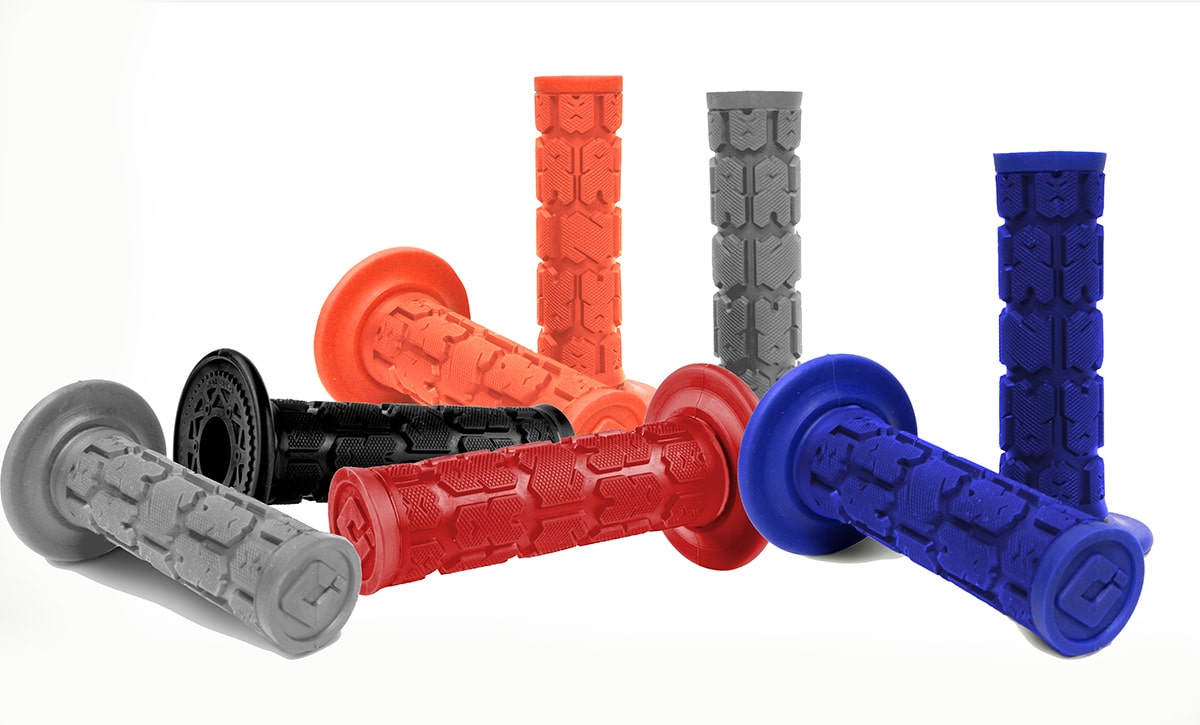 Johnny at ODI just showed us some very colorful grips that are new and affordable.