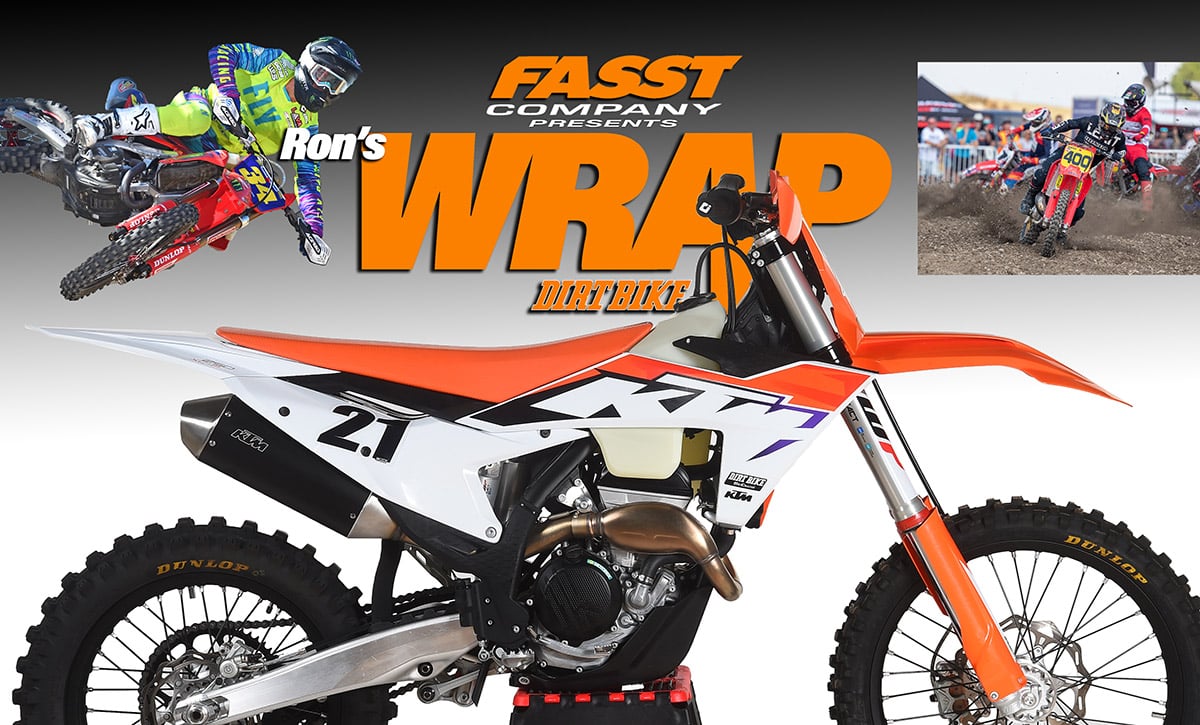 The common denominator for all these bikes is a new frame. Additionally, the motors in the 250s and 350s are new, while the 450 motors are heavily updated. We can’t imagine how much work went into this combined project in Austria. Along with the new frame comes new rear suspension and new bodywork (which is different for KTM versus Husky). The fork is still the Xact air fork with minimal changes.
The KTM 250XC-F is the off-road version of the 250 four-stroke motocross bike. It has softer suspension, an 18-inch rear wheel, a kickstand, handguards, a skid plate and, most importantly, a six-speed gearbox. For 2023, all the gear ratios (including the primary and final ratios) have been altered with the bottom line of a wider spread.

One of the most interesting roles for the 250XC-F is that it’s a four-stroke race bike that, in most off-road racing organizations, goes head to head with two-strokes of the same displacement. This provides endless debate for the two-stroke purists versus the four-stroke racers. We can’t put an end to that debate here, but there are some fundamentals that can’t be denied. First, the 250XC-F has a wider powerband than any two-stroke of the same displacement. It revs to well over 13,000 rpm, whereas a two-stroke 250 goes to about 9000. Second, the 250XC-F makes less peak power, although it’s closer this year than ever before. The new motor makes around 45 horsepower, which is maybe one horse more than last year. A KTM 250SX two-stroke makes around 48 horsepower. You just gotta shift it more to keep it at peak. The weight issue is a wash these days. On our scale, the 2023 250XC-F is 231 pounds without fuel. It gained a few pounds with the new frame. The 2022 250XC two-stroke was 226 pounds, but the 2023 model isn’t out yet. We expect it to gain some weight because it, too, has the new, heavier frame.

Regardless, the 250XC-F handles like a lightweight. Despite being newly redesigned, the bike still has some of the same designing characteristics. It’s a screamer. You have to learn to give it full throttle–it doesn’t like half-hearted efforts. That makes the bike feel a little sleepy to most riders. If a rider says the 250X-F doesn’t feel very fast, it’s usually because he isn’t giving it full throttle, which is typical of riders who are used to two-strokes or 450s.
We also get feedback that’s similar to the other redesigned KTMs this year. The new chassis is a little stiffer. That puts more of the burden for comfort on suspension and reveals shortcomings with the WP air fork. It still handles all the big landings and impacts as well as ever, but small chop can provide a harsh feel. We are continuing to test the KTM 250XC-F and will come up with our best settings. Look for a full test in the December, 2022 print edition of Dirt Bike. 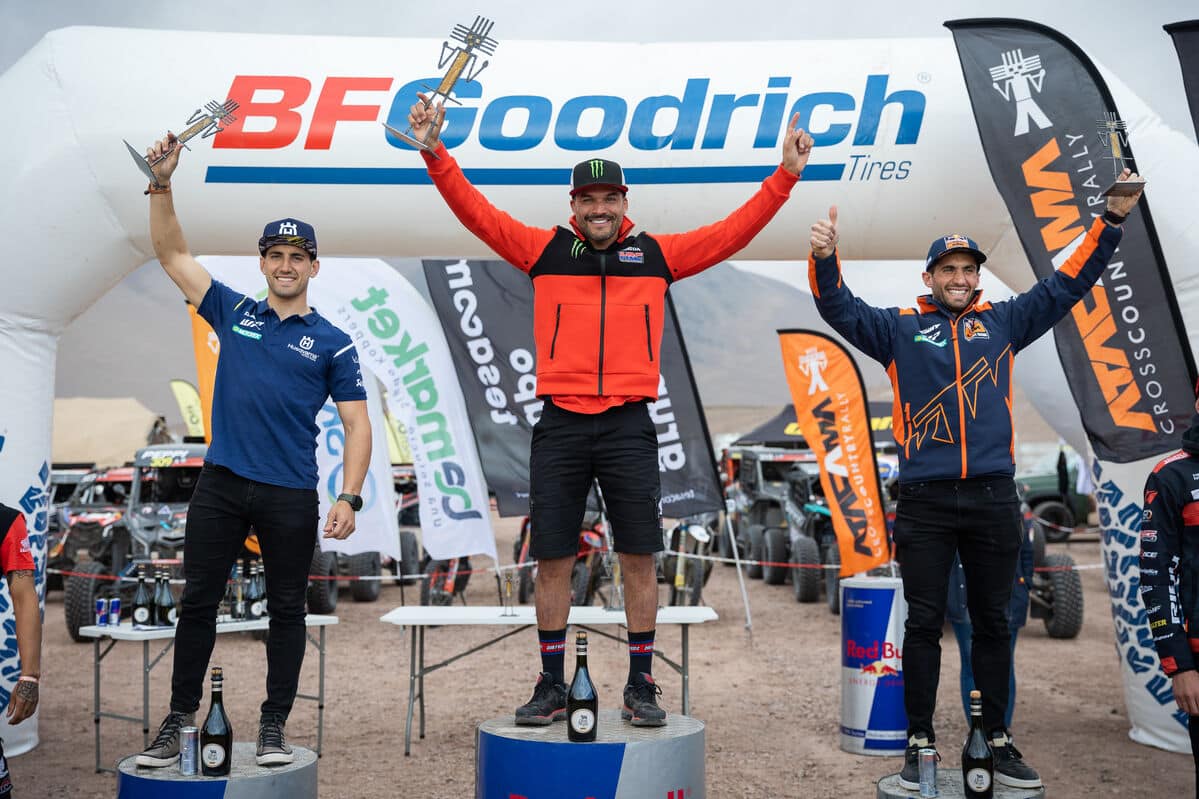 The Atacama Rally is a five-day affair in Chile that serves as a shakedown for the upcoming rounds of the FIM World Rally-Raid Championship. Pablo Quintanilla was the top rider, although he battled the whole way with Husqvarna’s Luciano Benavides. The American’s were noticeably absent because of the proximity on the calendar to Vegas To Reno. Skyler Howes and Ricky Brabec both attended that, although Ricky was on four-wheels.

The final round of the Lucas Oil Pro Motocross season will take place this Saturday at Fox Raceway on the Pala Indian Reservation. In case you didn’t already know, the battle for the 450 Championship is one of the closest in the sport’s 50-year history. . There is a single point separating Eli Tomac and Chase Sexton.

The event will be broadcast on MAV TV and on the FLO streaming app. We will have results posted right here as soon as they are available , starting with practice. 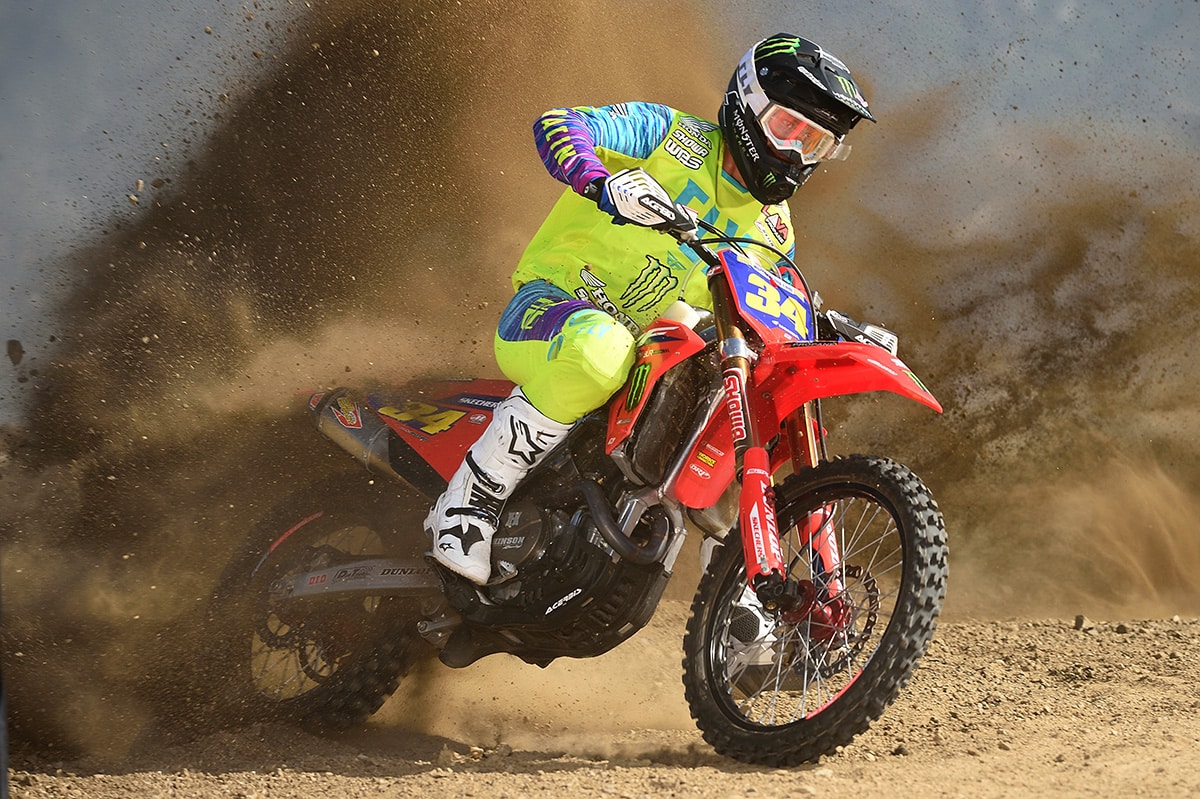 We got to do a photoshoot with SLR’s Cole Martinez right after his return from winning the Pro Sport class at the Loretta Lynn Amateur Nationals last week. Cole’s performance warms our hearts because he’s a off-road guy at heart and he beat some of the best up-and-coming motocross riders in America. 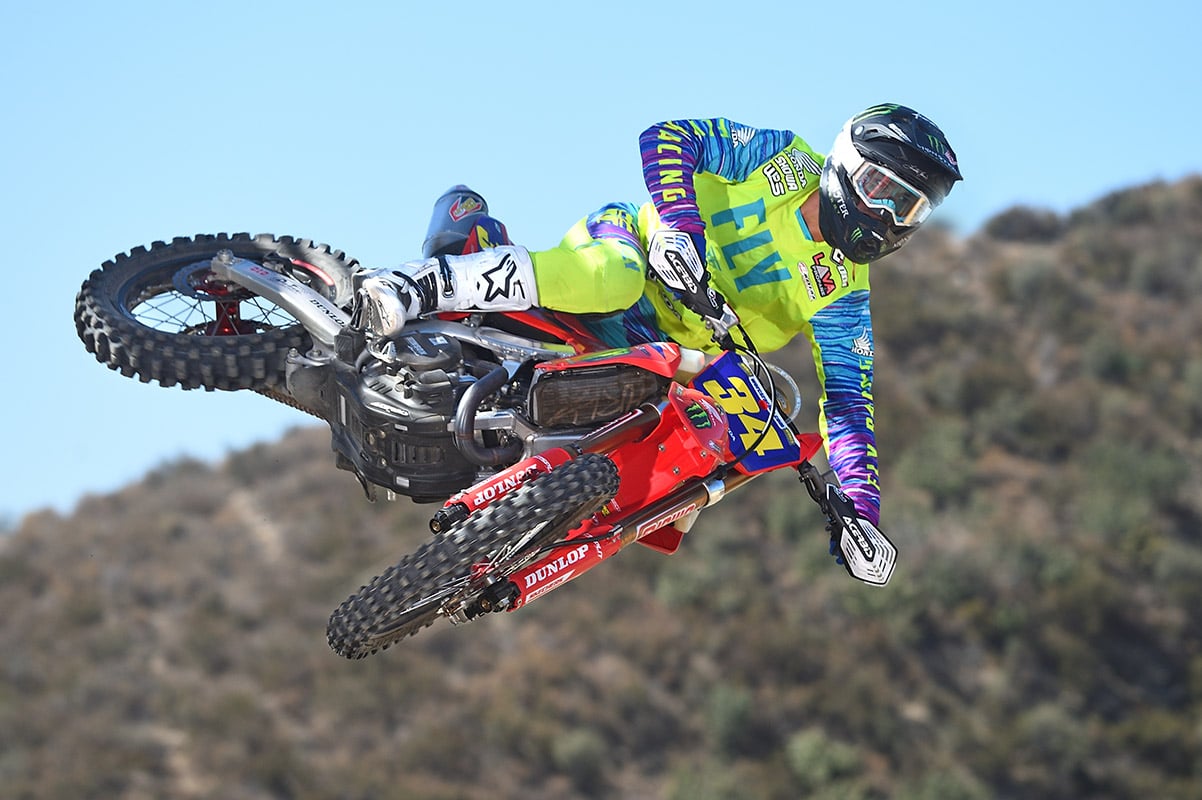 Look for a feature on Cole Martinez and his SLR Honda in an upcoming print issue of Dirt Bike.

Doug Dubach, Ryan Villopoto, Zach Osborne, Mike Brown and a bunch of former champions from all around the world attended the Vets MX des Nations at Foxhill in England last week. Doug is still over there roaming around Europe, but he did report back that the even was amazing. He wrote a little bit about the VMXdN here. The bottom line is that the American team of Brown, Villopoto and Osborne won on old bikes. Haggis Hartman sent us a great VMXoN gallery of photos that you can check out here.