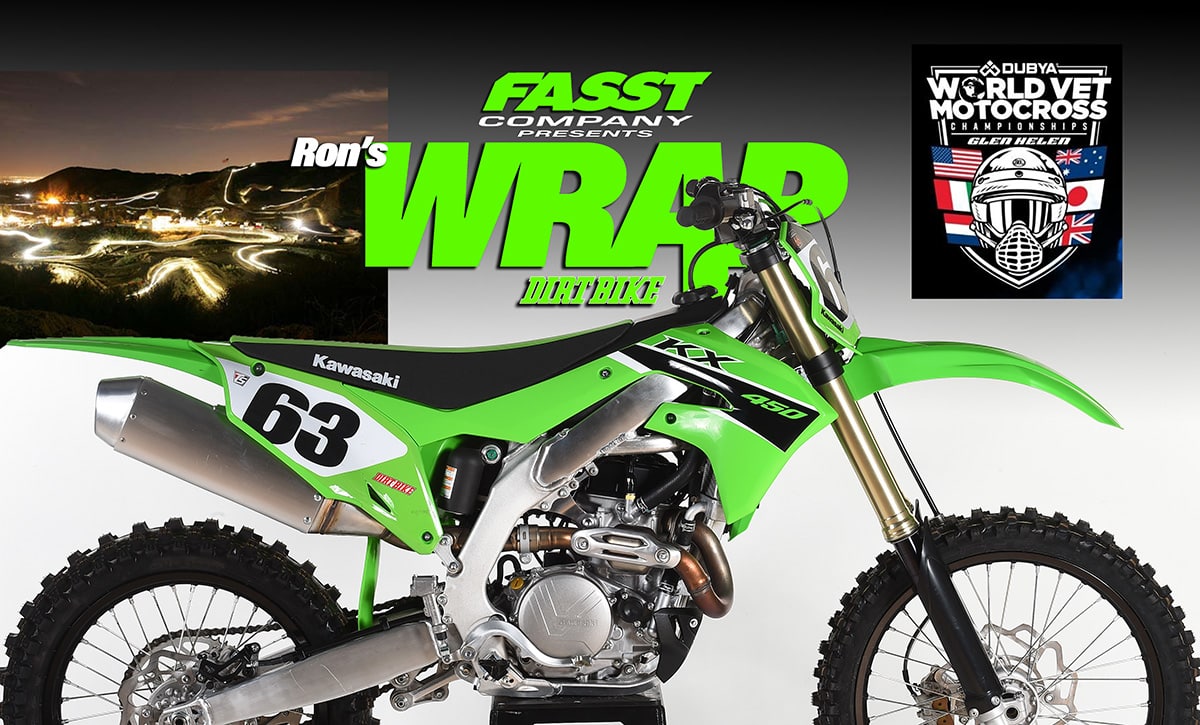 The 2023 Kawasaki KX450 has been available in dealers for some time now and we have been testing it for weeks. Actually, it’s more accurate to say we’ve been testing it for years. The bike hasn’t changed much since its debut in 2019. In that time, Managing Editor Mark Tilley has adopted it each year for his personal race bike. He growls if anyone else comes near it. The same is true of the off-road KX450X test bike. Between the two of them, he has captured the number one plate in the NGPC Vet Expert and Senior Expert classes several times. The 2023 model is unchanged, so Mark’s set up and advice will be valid again.

For motocross, the standard KX450 is the perfect bike for a vet or senior rider. Up front, it is not the fastest of the 450. It makes around 55 horsepower, whereas the product from KTM, Yamaha and Honda all produce around 57. Despite that, it’s won every Dirt Bike shootout since 2019. Maybe because of that. In the 450 class, the peak power number isn’t that important unless your last name is Anderson or Tomac. The KX does have the best low-end torque below 5000 rpm. That’s way below the normal operating rpm for a racer in the pro class and it won’t help anyone get a holeshot. It does allow for a better transition into the working range of the powerband. It also makes the bike less likely to stall.

As far as handling goes, Kawasaki is a little old-school. Where KTM and Honda have gone to quicker handling manners and changed personalities over the years, Kawasaki has stuck with the same basic geometry for a very long time. It’s a little more stable, a little less nervous. Some riders might look at all that and decide the KX450 is a boring bike. That might be true, but when it comes down to it, boring might be a good characteristic in a 450 motocross bike. The Honda, on the other hand, is a little too exciting for its own good.

With Mark Tilley’s experience on the bike, we have learned a few things over the years. First, running a high-quality synthetic oil and changing it frequently is important. That’s important on any bike, but to be frank, the real-life service intervals on the KX are shorter than they are on a Yamaha or KTM. Cheap oil isn’t an option here. Tilley is freakishly easy on his clutch, but other riders will wear out plates frequently. We have also learned that the bike responds extremely well to aftermarket exhaust systems. Tilley has run both Pro Circuit and FMF with good results. The bike gains enough peak power to go head to head with a KTM or Honda, but doesn’t lose its sweet power delivery. For GPs Tilley has Precision Concepts rework the suspension and he runs a GPR damper. The full test of the 2023 Kawasaki KX450 will appear in the January 2023 print edition of Dirt Bike. 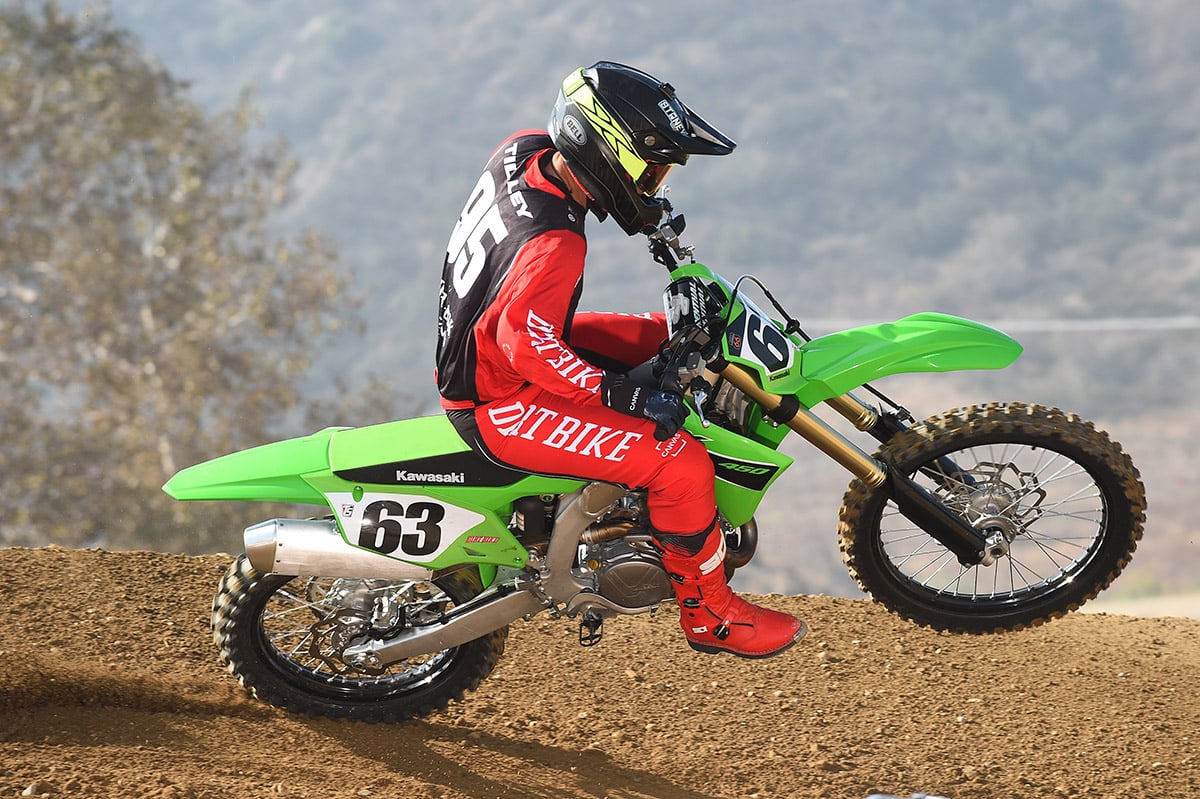 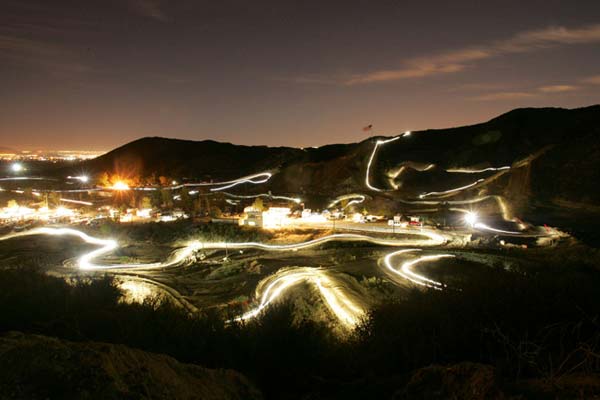 The 24 hours of Glen Helen is taking place this weekend and it will be one to remember. The course is 10.2 miles long and it will have some of the most challenging sections in the history of the race. Already, riders like Cole Martinez are on site camping and getting ready for a very long day. You can check out live scoring at www.glenhelen.com.

JEREMY MCGRATH AT THE WORLD VET 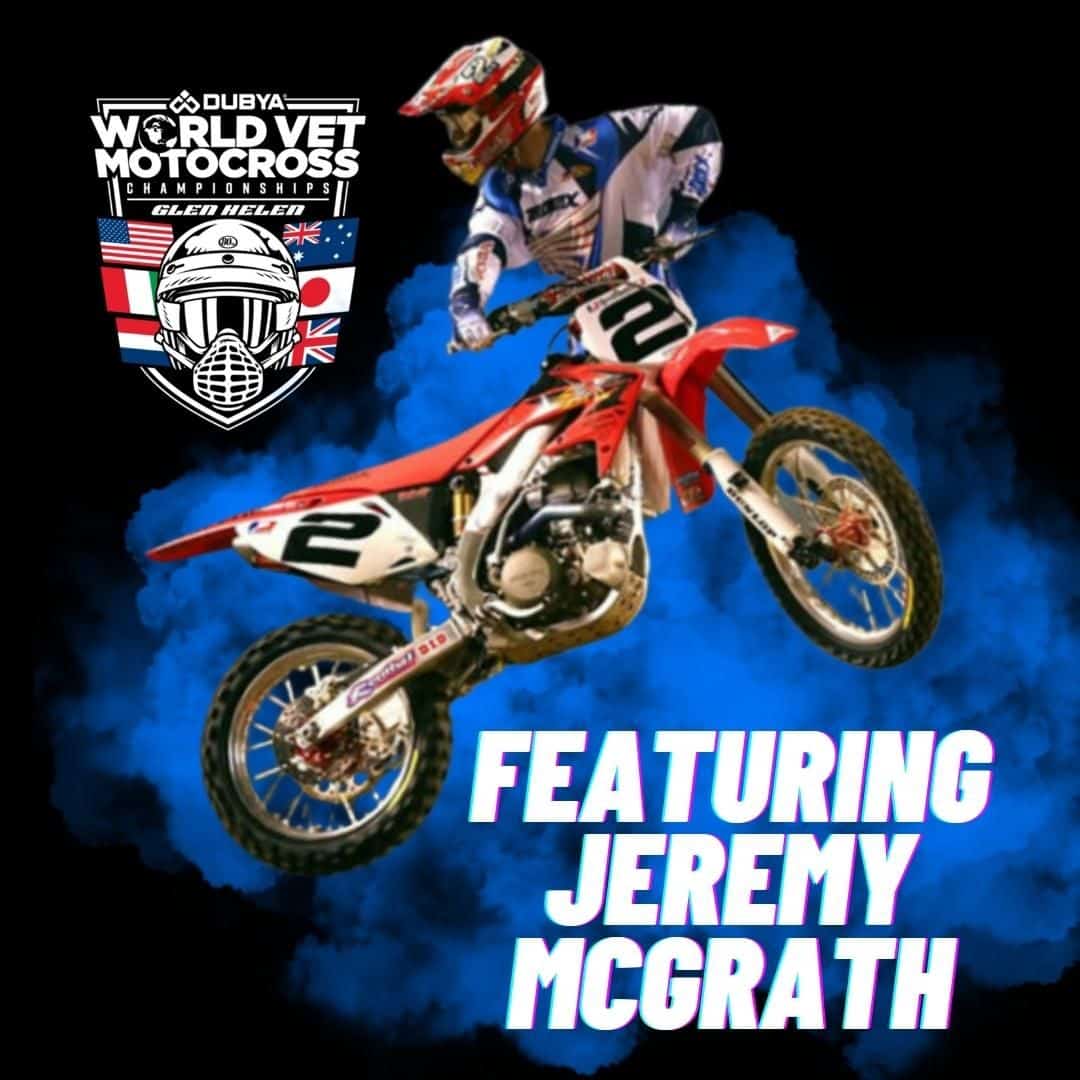 Speaking of Glen Helen, Jeremy McGrath is all set to race the 2022 Dubya World Vet Motocross Championships. You can come watch 2022 Edison Dye Lifetime Achievement Award Recipient, Jeremy McGrath, race the 40+ Pro on Saturday (November 5th) and the Pasha 125 50+ Pro on Sunday (November 6th).  Inducted into the Motocross Hall of Fame in 2010, Jeremy McGrath is considered one of the best racers of his generation. For over a decade, McGrath dominated the sport of Supercross sport, recording over 72 career wins, including a single season record of 14 victories, and the longest winning streak in history. 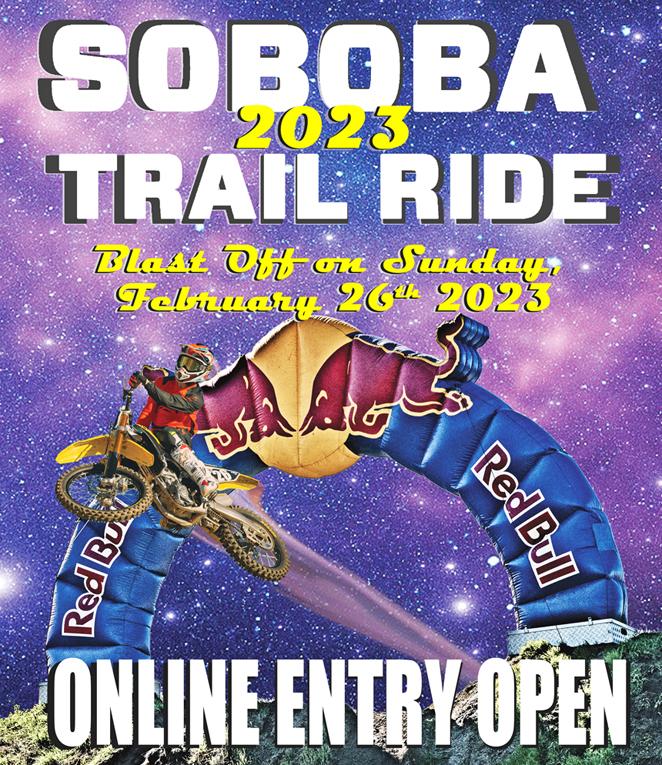