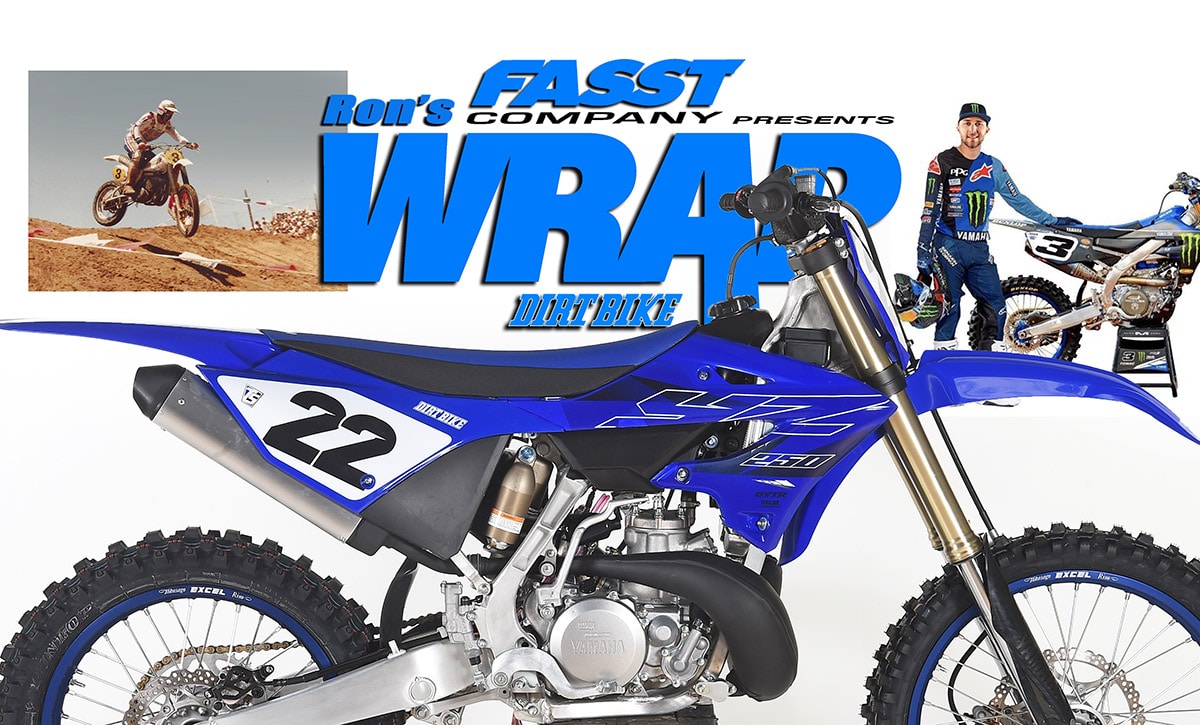 We have been riding the 2022 Yamaha YZ250 for a couple of weeks and it’s like falling in love with your ex-wife. This is a bike that we all were intimately familiar with but haven’t raced or ridden in a very long time. Other bikes were bigger news and needed testing, so the YZ250 has been on the sidelines. Now it has a number of updates so it climbed higher on the priority list.

There are more changes in 2022 than there have been in any one year since 2005. The most obvious is the bodywork. The shrouds, fuel tank and seat were redesigned to make the seating position more level from front to rear with smoother transitions and narrower width in the knee-grip area. The seat height is slightly taller in the middle, but lower in front. Along the way, the fuel tank lost about a quart, now measuring 1.85 gallons. There are changes to the subframe, airbox, brakes and suspension valving. The spring rates are slightly heavier compared to last year’s YZ250 two-stroke both front and rear. The chain and sprockets lost a little weight and the tires were updated to Dunlop MX33s.

So the phrase “all-new” doesn’t apply here. The 2022 Yamaha YZ250 is new enough, but it’s still a YZ250. When you look at the bike, it gives off a more modern vibe and when you ride it, you can notice a change in the ergos, but only if you have ridden an older YZ back-to-back. If you’re a YZ250 lover, that’s nothing but good news. The bike is very distinctive and is an absolute blast to ride in the right conditions.

There’s no real difference in weight; the new bike still weighs 217 pounds, which is about 10 pounds lighter than the Yamaha YZ250F four-stroke. You feel that immediately, especially in slow speed sections. The YZ250 still isn’t the best cornering bike on the track, but that has more to do with power delivery. By modern standards, it has a very hard hit. You have to roll on the power just the right amount as you initiate your turn. This isn’t anything new to two-stroke riders, but if you’re transitioning back to a YZ250 after spending time on a four-stroke, you’ll have to relearn the magic touch. The YZ250 has a harder hit than even a KTM 250SX, which ramps up earlier, has a wider powerband and revs higher. 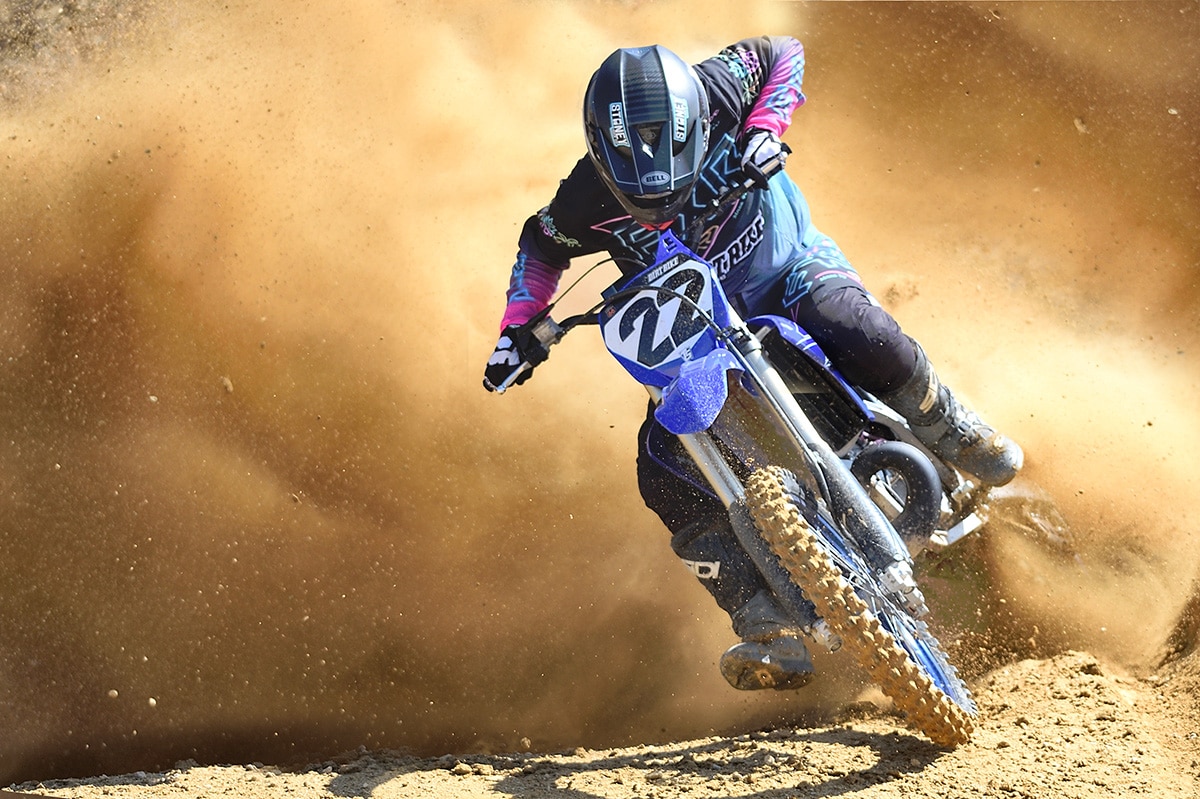 The real question is unchanged. It isn’t about the old YZ250 versus the new one. It’s about asking yourself if you’re a two-stroke man or not. For racing, there’s a small window of conditions where a YZ250 has an advantage over a four-stroke. If you can custom order a track with loamy dirt, excellent traction and smooth jump faces, a YZ250 is in its element. There’s no bike that’s as much fun and effective. Unfortunately, perfect conditions like that don’t last long. As soon as the track dries out and the jumps get hooked and rutted, the YZ250 is more demanding.

NICKY IN THE MOTORSPORTS HALL OF FAME 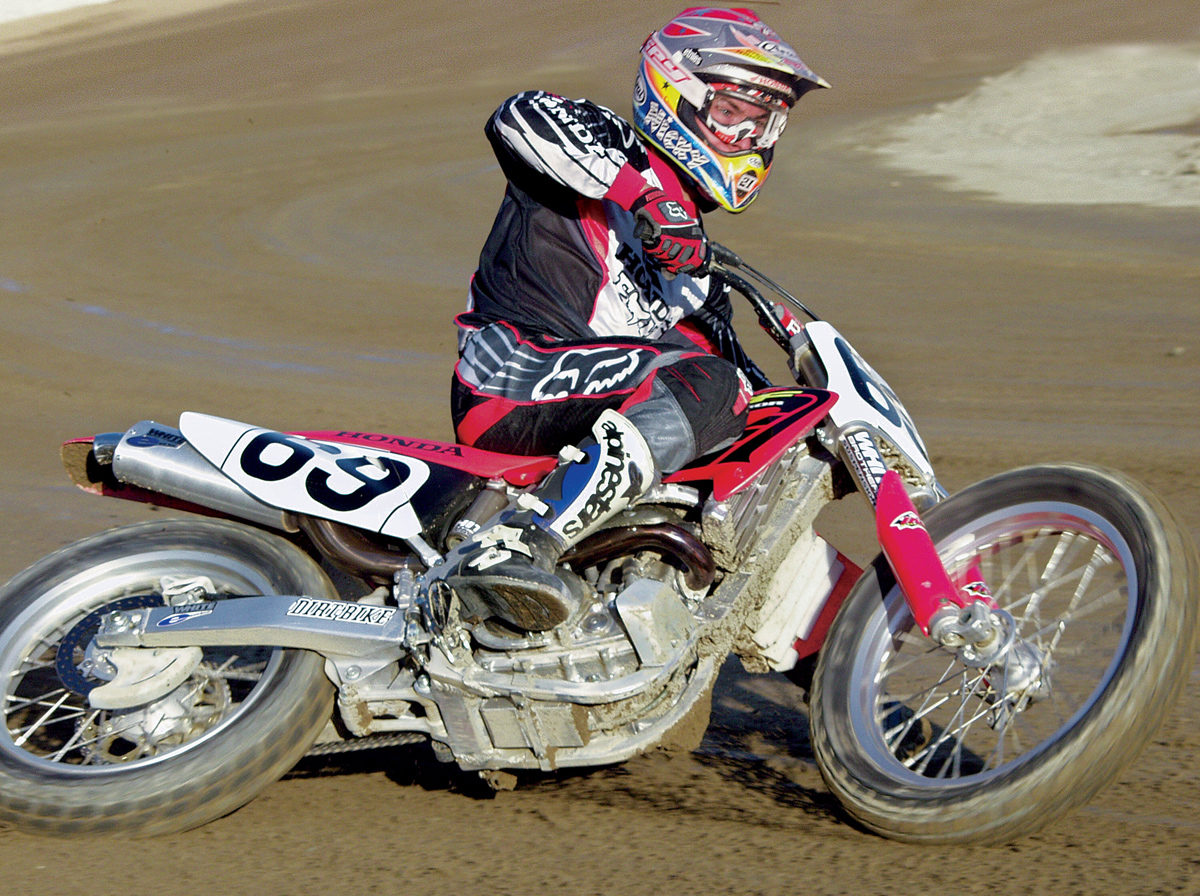 Nicky Hayden was inducted into the Motorsports hall of fame at Daytona International Speedway this week. While the Hall of Fame is located at the speedway, this year’s ceremony was held at the M1 Concourse in Pontiac, Michigan. The award was presented by former Honda team manager Gary Mathers, and received by Nicky’s younger brother Roger Hayden; Roger also kicked off the event by riding a lap of honor aboard a Repsol edition CBR1000RR while carrying the American flag, as Nicky often did following his major wins.

Here’s how to watch the 2021 AMA EnduroCross at Amarillo National Center on FloRacing.

Cast: Cast to your smart TV including Vizio, Samsung and LG TVs.

On The Go: Download the FloSports app on iOS or Android.

Video footage from the event will be archived and stored in a video library for FloRacing subscribers to watch for the duration of their subscription. 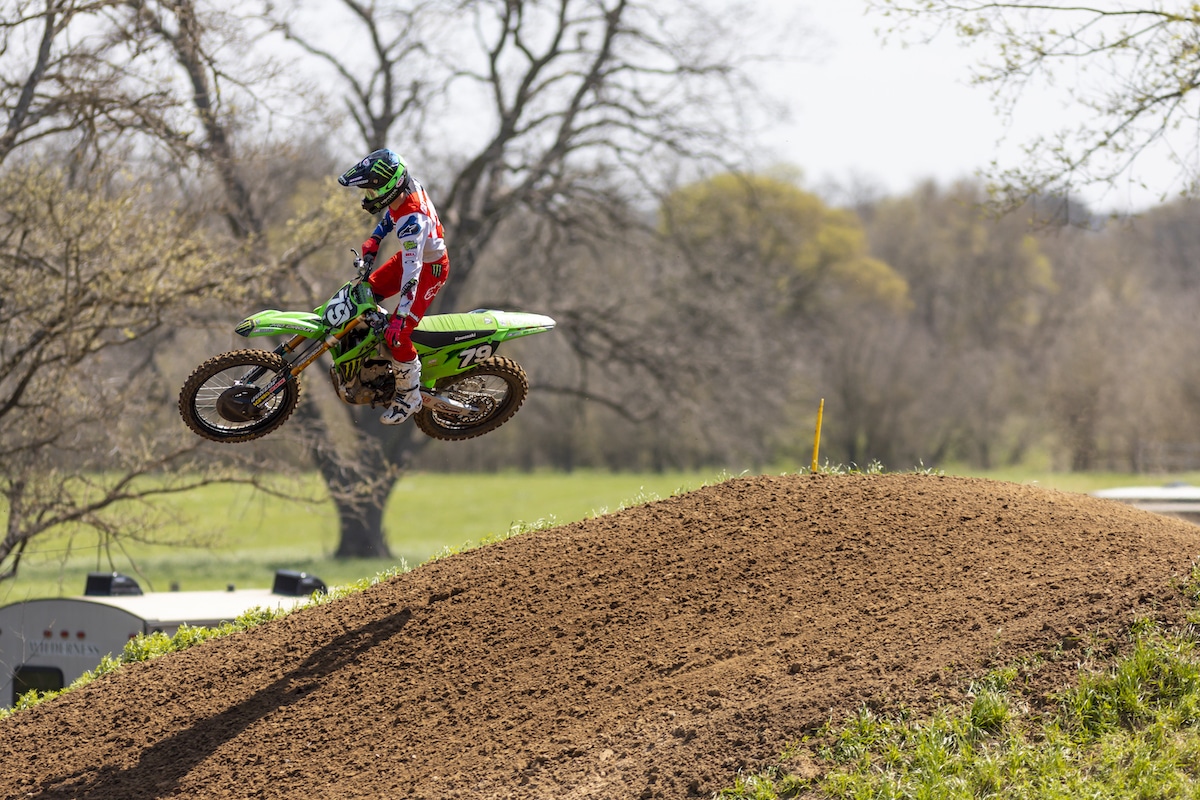 Our buddies at USWE shared this with us. Eddie Karlsson is a 10-time Swedish trials champion and he obviously has a real job, too. For an official Dirt Bike video that might have served as the inspiration for this, check out “The Office” featuring Cody Webb from back in 2013.

An effort is underway to preserve Carlsbad’s memory with a monument overlooking the canyon where a small portion of the track remains. The monument / overlook is being built through donations. You can get a personalized engraved 4 X 8 brick to be permanently mounted when constructed. On the brick you get 3 lines with 21 characters each line for $250 total. Go to “Carlsbad Raceway Monument Project”  Facebook page for details and artist’s rendering of the finished monument. You will also be able to see what your engraved brick looks like before buying. Whether you raced there or just attended those great USGP races, this is your chance to be a part of history.