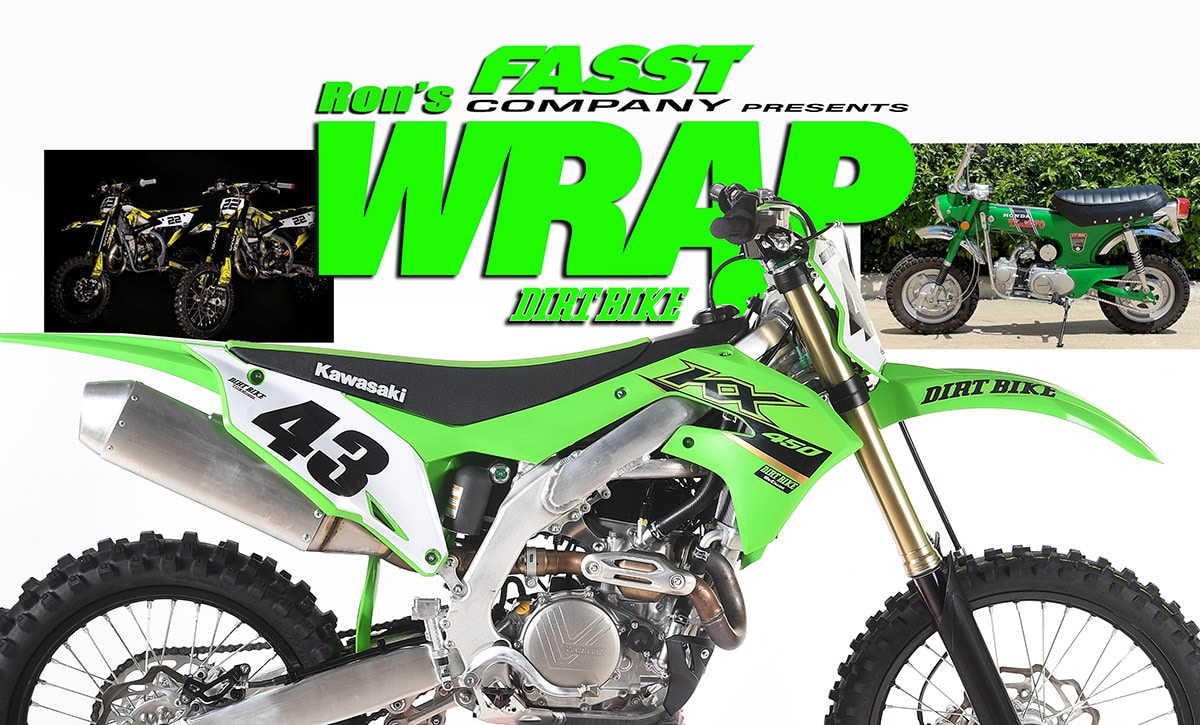 This week we got a chance to ride the 2022 Kawasaki KX450 for the first time. I know you know the 2022 model is unchanged, but it’s still a very big deal to us.The KX450 has never been the fastest, the lightest, the most sophisticated or the most ground breaking bike in the class. But it has won the Dirt Bike Magazine 450 shootout for three years in a row and is often a favorite among staff members and test riders. Mark Tilley won two championships in the 2020 National Grand Prix Championship on the X version of the bike. This test bike will probably quickly into Mark’s garage, so this initial test is the only time I’ll get a chance to ride it.

In 2019, Kawasaki engineers were given a green light to make a drastic redesign. Even then, most of its big-news features had already been presented and accepted elsewhere. Electric start wasn’t anything new. The hydraulic clutch might have been the first on a Japanese motocross bike, but on European bikes, they were the norm. Kawasaki got a little more daring with the valve train design, with the use of finger followers between the cams and the valves.

In 2020 and 2021, Kawasaki gave the bike light refinements including the use of a coned disc, or Belleville spring. And, low and behold, the designers dumped the ⅞-inch handlebar for a Renthal Fatbar. The KX still uses a 49mm Showa coil-spring fork with a DLC coating on the lower tubes. The brakes are still Nissin with a 270mm front rotor. Adjustability has always been a strong suite for the KX450. There are four possible handlebar mounting positions offering 35mm of range, and there are also two different footpeg mounting positions. 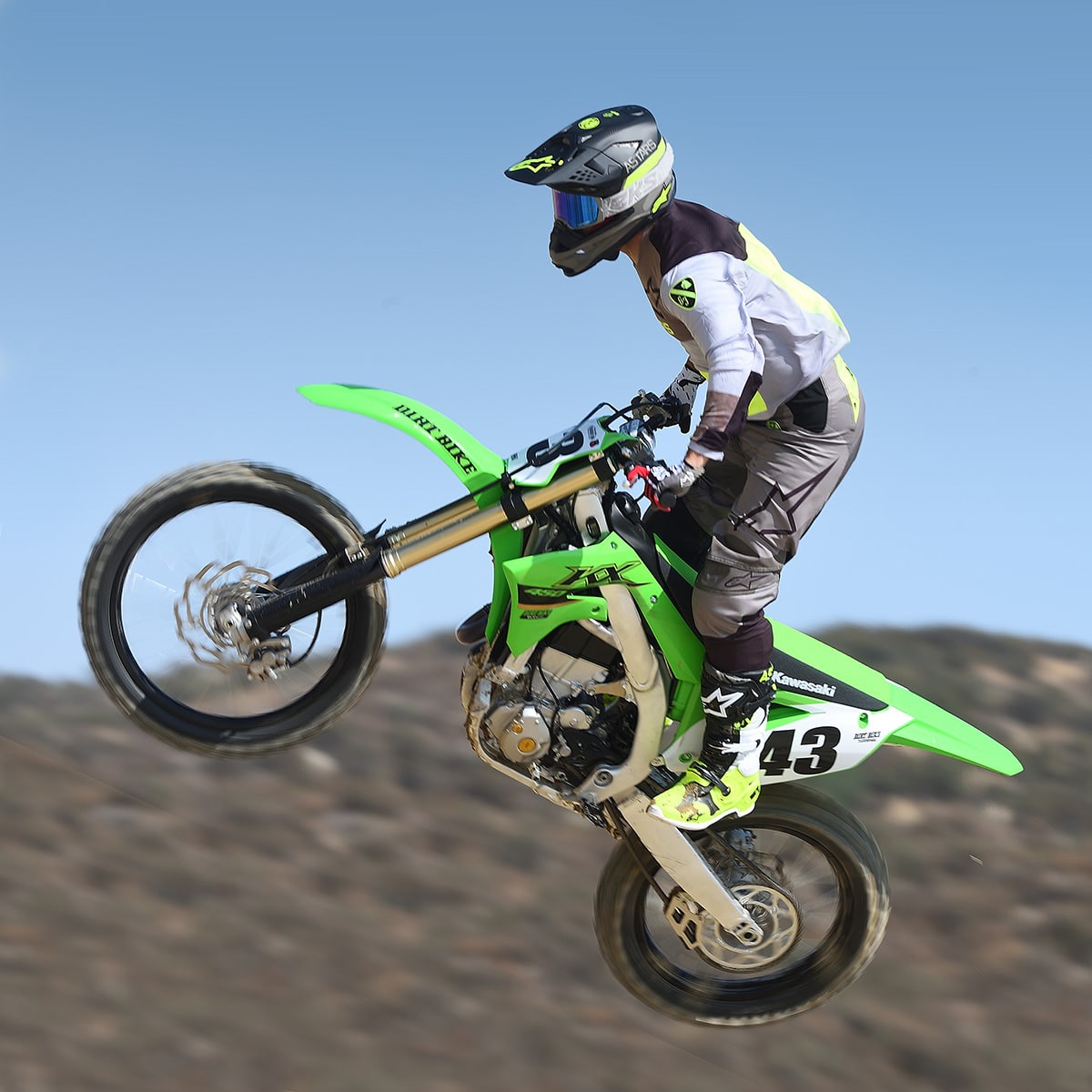 The end result is a bike that doesn’t really stand out in any single category but excels as a package. On the dyno, the 2021 KX450 peaked with 55.23 horsepower at 9290 rpm. Of the seven bikes in the 2021 450 comparison, it placed sixth in terms of power quantity. But it was still one of the favorites. Very few riders can use the power of a modern 450. The power delivery is flat and smooth without any sudden surge or big hits. That isn’t to say it’s boring. The Kawasaki has very good throttle response and a certain willingness that increases the fun factor. 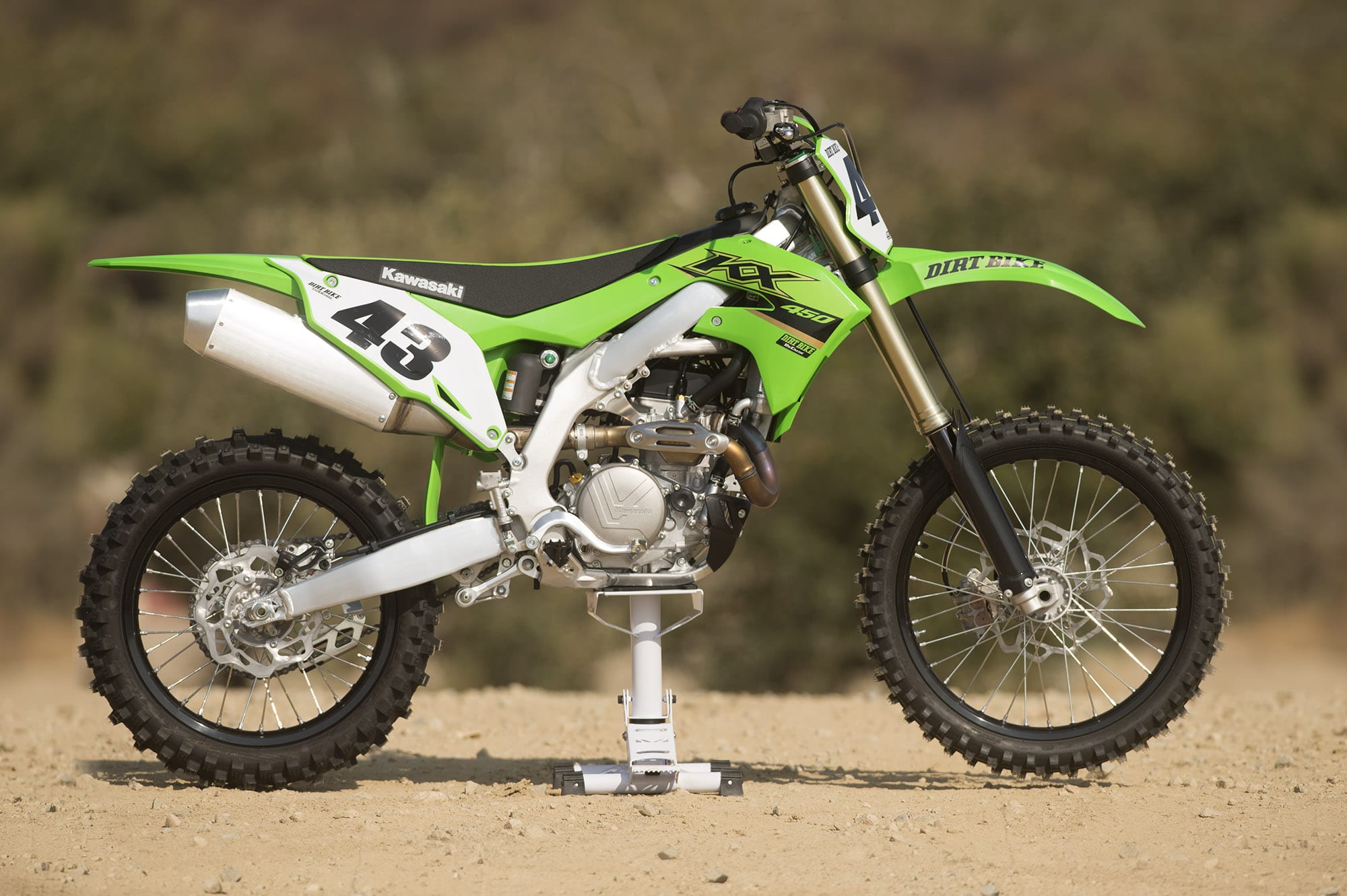 Smooth power is only half of the KX’s formula. That combines with a very stable overall handling platform to make the bike a real sweetheart. Kawasaki has resisted the temptation to develop quicker steering manners. That’s often a band-aid to cover up excess weight. The KX isn’t especially heavy, but it’s no feather, either. At 234 pounds without fuel, it’s more or less in the center of the class and that’s good enough. The KX is a very well-planted bike with excellent front end bite. The Showa fork and shock are excellent. They have good manners in small chop and still keep the big hits under control. Unlike many other bikes, the Kawasaki gives you a wide attitude of usable adjustment. The factory recommendation for race sag is 100-to 105mm, but this isn’t one of those bikes where you have to run the exact setting or else. For tight tracks, you can easily add more preload without the risk of headshake or knifing the front wheel. For faster tracks, we like a little more sag in the rear–as much as 110mm.The price went up $200 this year ($9499), but at least it’s available at the dealer level. That wasn’t always the case last year. You can read the full test in the November, 2021 print edition of Dirt Bike. 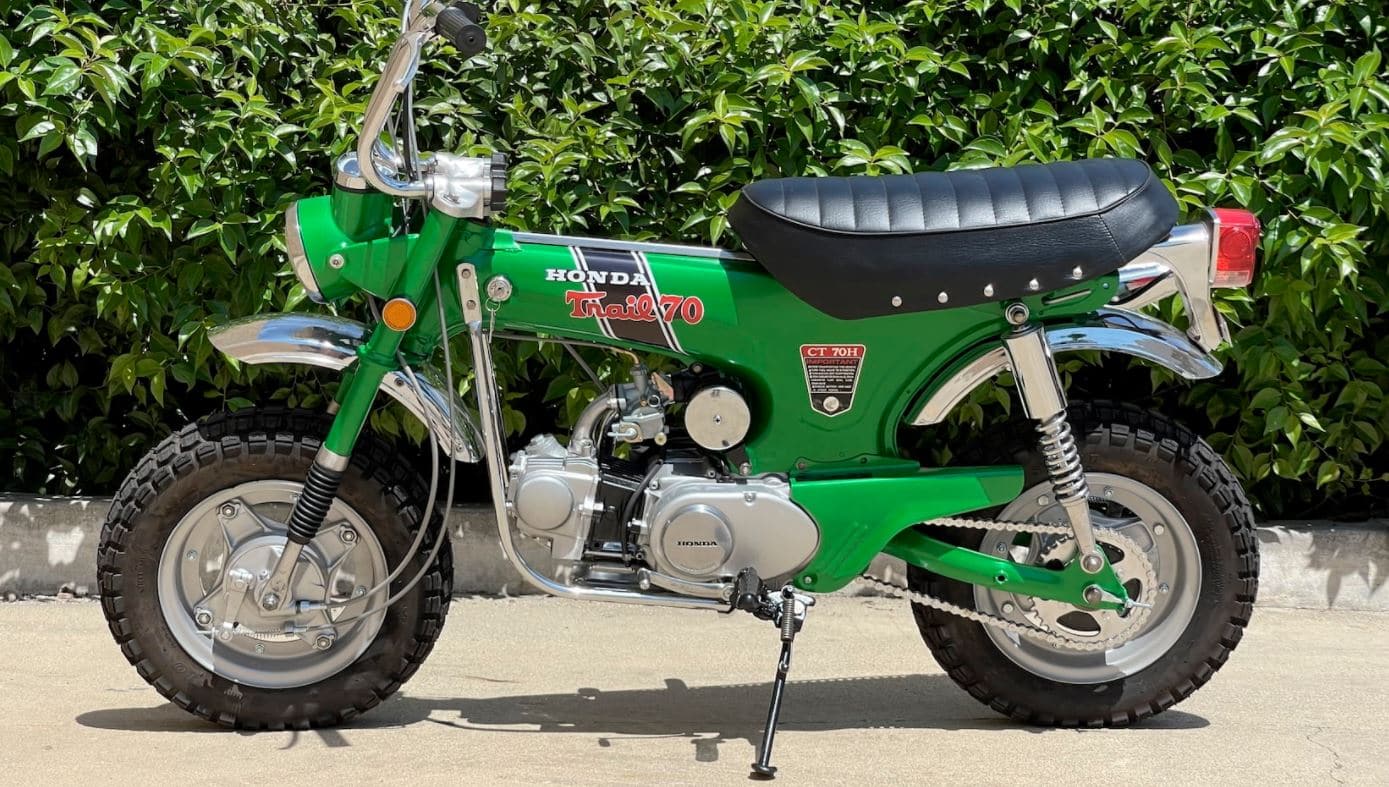 Mecum’s Monterey auction is currently under way. This one isn’t quite as large as the one in Vegas, but it has some pretty cool bikes going for a lot of money. The 1970 Honda CT70 shown here went for $950. Wow. Along the same line, there was a Yamaha YZ50 that went for the exact same price. Not everything sells that comes up. The 1994 Harley Davidson XR750 below was raced by Bubba Blackwell back in the day. It’s been in a collection in New Lealand all this time, but it came back to the U.S. for this auction. The bidding got up to $17,000, but it didn’t make the reserve. You still have your chance. You can look at the Mecum auction bikes here. 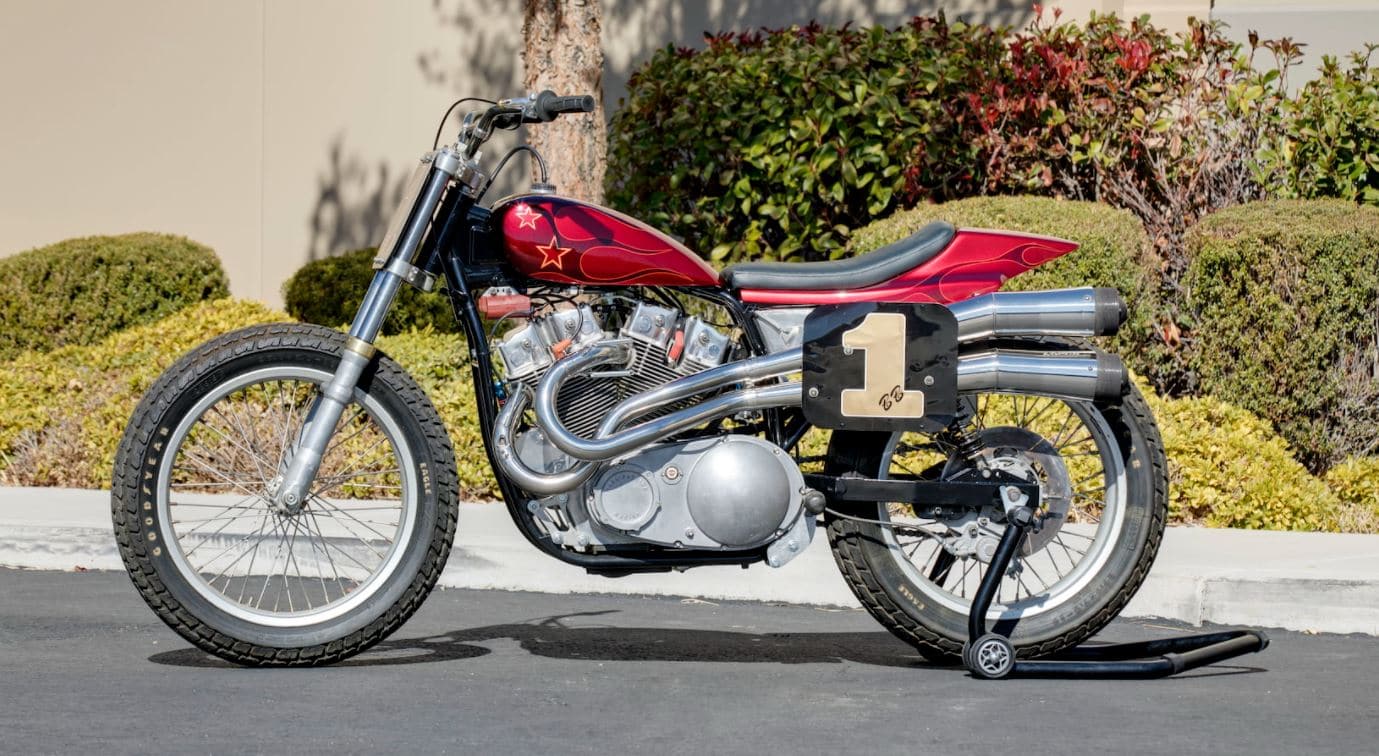 The TKO is underway this weekend. This year it’s included in the FIM Hard Enduro World Championship and has a long list of international entries, including Mario Roman, Jonny Walker, Taddy Blazusiak and 2019 winner Manny Lettenbichler.  This event was originally to be a stand-alone U.S. Extreme Enduro Championship, but plans change. After Trystan Hart won the Eastern Regional Extreme Enduro title and Cody Webb won the Western one, someone combined both scores and declared Hart the overall champion. Still, the TKO is the single  most prestigious extreme race in the states and it will have the deepest pool of talent ever seen over here. 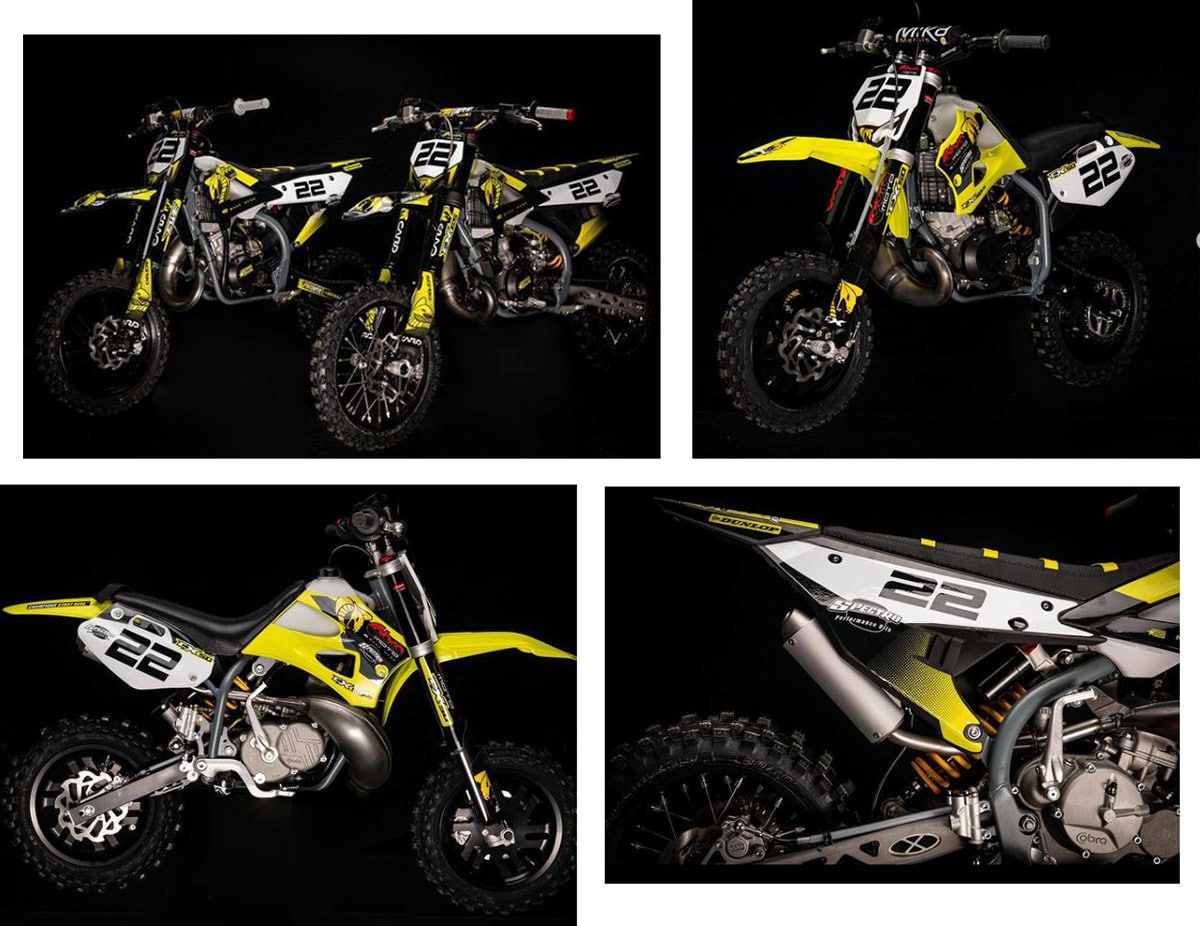 The National Amateur Championship at Loretta Lynn’s has concluded, and that means it’s time for Cobra to introduce its new line. We spoke with Sean Hilbert and he says the announcement will be next week. The bikes were shown at Loretta’s already and the big news is that the CX65 is all new. That bike was introduced in 2012 and has undergone steady development since then. This will mark the first big model change. Stay tuned for more details.

GasGas just kicked of a great new video series with a profile on Justin Barcia. Unfortunately, it coincided with the announcement that BamBam was hurt in a practice crash and will not attend Unadilla. Michael Mosiman was hurt in an independent crash, so GasGas will have thin representation this week. So it goes.