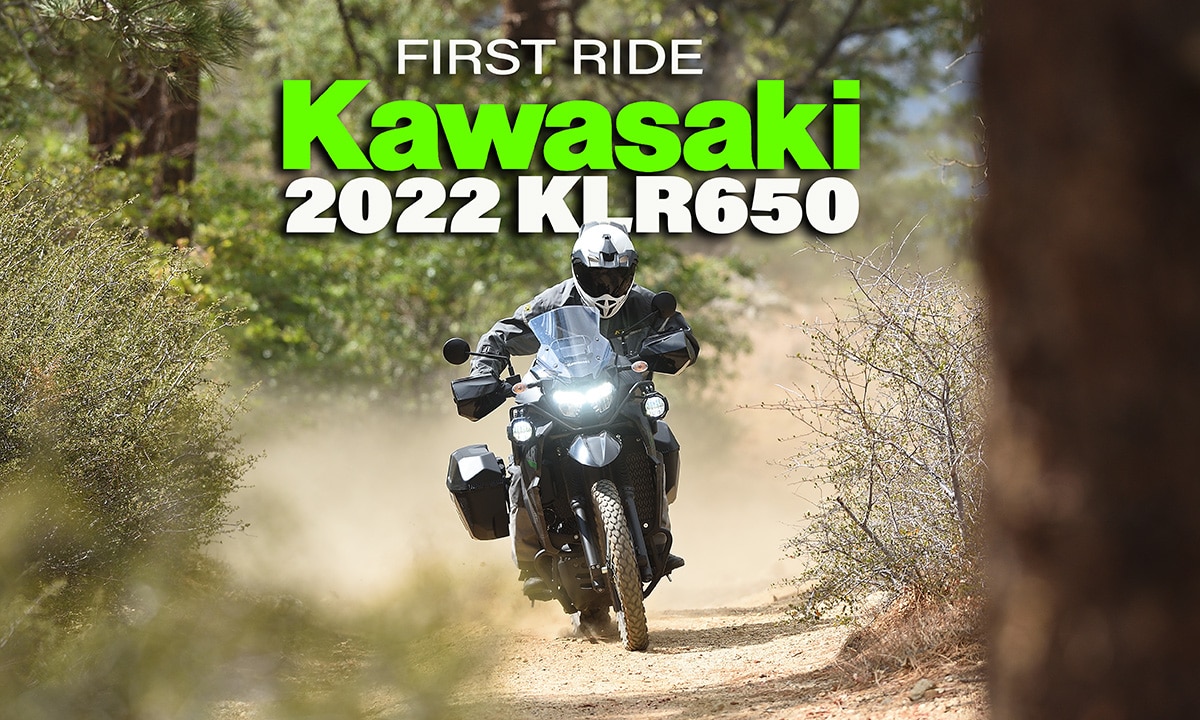 We’re delighted to report that the Kawasaki KLR650 is back and we have already logged some time on a brand-new 2022 Adventure model. Back when the 2019 Kawasaki line was announced we were shocked that there was no KLR650. The bike had been around in one form or another since 1984. At times, it was the best-selling bike in Kawasaki’s entire line up.

We shouldn’t have been too surprised when it disappeared, though, because it was a bit of a dinosaur. It was a large displacement single with an old-style carburetor, and it had reached the end of its run because of increasing emissions restrictions.  We kinda figured it would be back, though. There was nothing quite like it in the ADV world to take is place 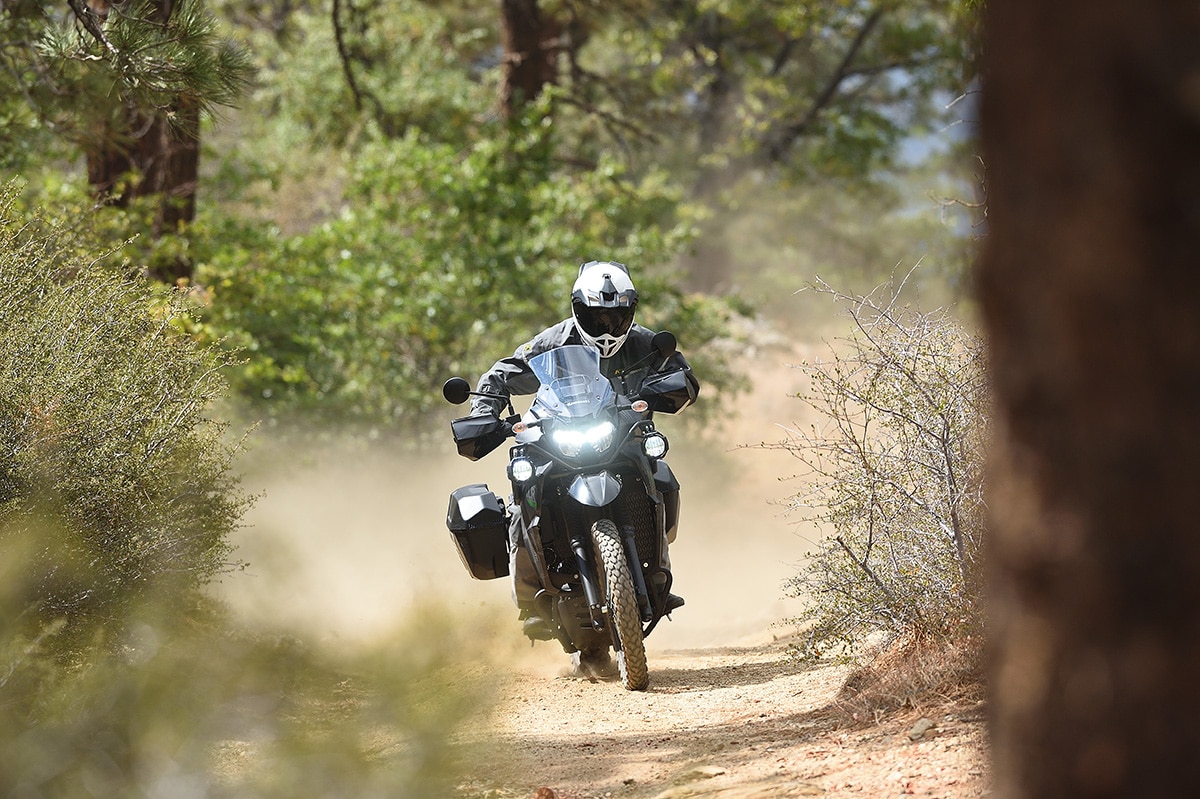 Now a new version of the KLR is here and it isn’t just a reboot with more emission stuff. The KLR has a long list of new features in addition to electronic fuel injection. It has new bodywork , new cams, a different exhaust, changes to the clutch, generator, and battery. It has an LED headlight, changes to the frame geometry, suspension and brakes. The windscreen is taller, the seat is different–pretty much everything got attention, but it’s still a KLR650. There’s no mistaking it for anything else.

There are a number of big factors that earned the KLR its fanatical group of followers and fans that still apply. First, it has crazy range. It carries 6.1 gallons. Now, with fuel-injection, you should be able to get over 300 miles on a tank.  Two, it’s a pack mule. It comes with a rack that is sturdy enough to stand on. Three, it’s reliable. It’s also comfortable. Since ‘08 it’s had a frame mount fairing that keeps all the elements off you.  Most of all, the KLR is all about price. The KLR has always been super affordable. Sometime in its history, Kawasaki moved tooling and production of the bike to Southeast Asia in order to keep the price from going up. When that happened there was no perceivable change in quality. Now, the 2022 model still has an amazing price. The base model is $6699. The adventure model we have here is $7699. That comes with side cases, LED lights, frame sliders, a tank pad and USB outlets.

Riding the new KLR is pretty much like the original. It’s a comfortable bike with a mellow power delivery. The KLR was never known for sheer power, but its smooth nature is perfect for the off-road touring crowd. The fuel-injection is flawless and the bike is more or less unaffected by altitude. Frankly, you might even complain that it’s too smooth. It’s so linear that it’s a little boring. And the new bike still  has most of the same shortcomings as the original. The suspension is improved, but it’s very soft and not very sophisticated. It’s great for riding dirt roads, just as long as you don’t get carried away. It’s still a 480-pound bike and needs to be treated with respect. The handlebar is old-school steel and the tires are very street-oriented. We get it; some corners had to be cut for that price.

At the end of the day, we would have been delighted just to have the KLR back. The fact that the price is still so good is just icing on the cake. Be sure to pick up the December, 2021 print issue of Dirt Bike for a full test.