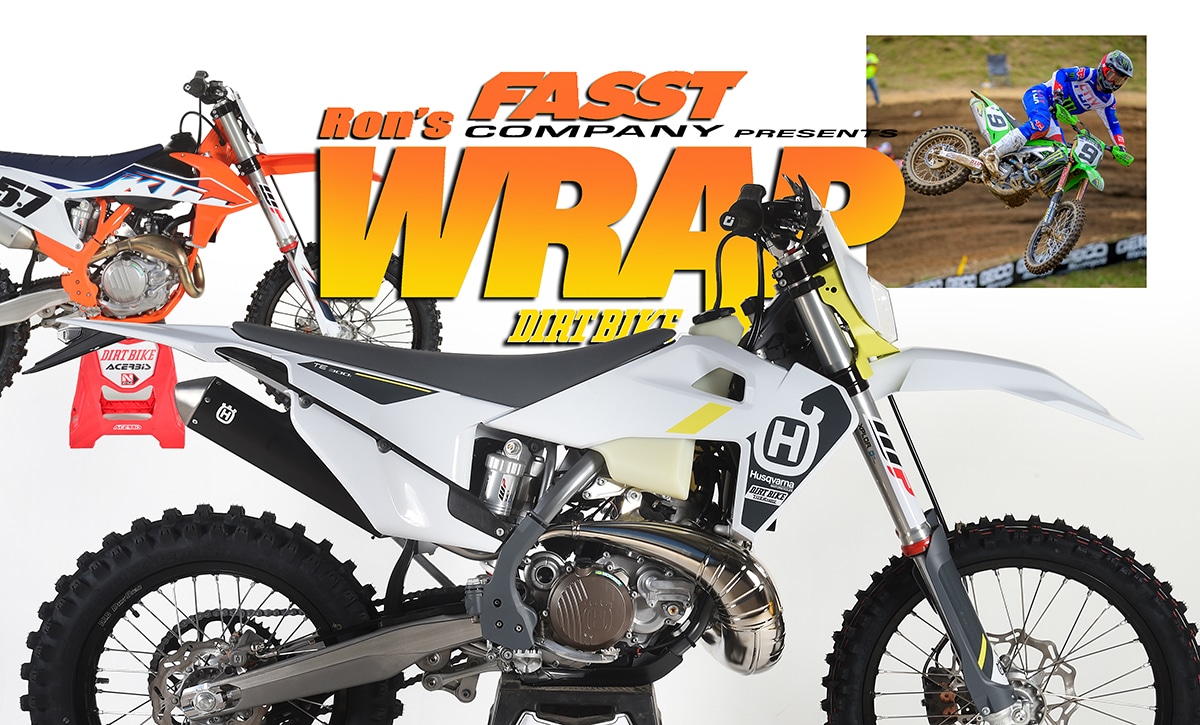 The 2022 models aren’t exactly flooding into the Dirt Bike shop like a title wave; it’s more like a leaky faucet. This week we got to ride the 2022 Husqvarna TE300i  and the 2022 KTM 450SX-F for the first time. Neither bike is different from the previous year’s model in any dramatic way. The good news is that we still  love them both.

The Husky TE300i still uses Transfer Port Injection, as do all the off-road two-strokes in the combined KTM/Husqvarna/GasGas motorcycle lines. Mikuni carbs still come on the motocross models of the 50, 65, 85 125 and 250. There is a racing version of the TE300i called theTX300i. It also has transfer Port Injection, but is in a more aggressive state of tune, both motor and suspension-wise. It’s also over 10 pounds lighter, mostly due to the TX’s air fork. The TE uses the Xplor coil-spring fork and has lights and instruments. Both the TE300i and the TX300i have the same MSRP: $10,599. Yes, that’s more expensive (again). The nearly identical 2020 versions were $500 less. In case you haven’t noticed; everything is more expensive now from rent to gas. So it goes.

The only mechanical change for the Husky 300 is the move to BrakTec hydraulic components for the clutch and the brakes. Last year, Husqvarna used Magura for all its off-road bikes. They haven’t said much about this change, but it seems to be about supply. 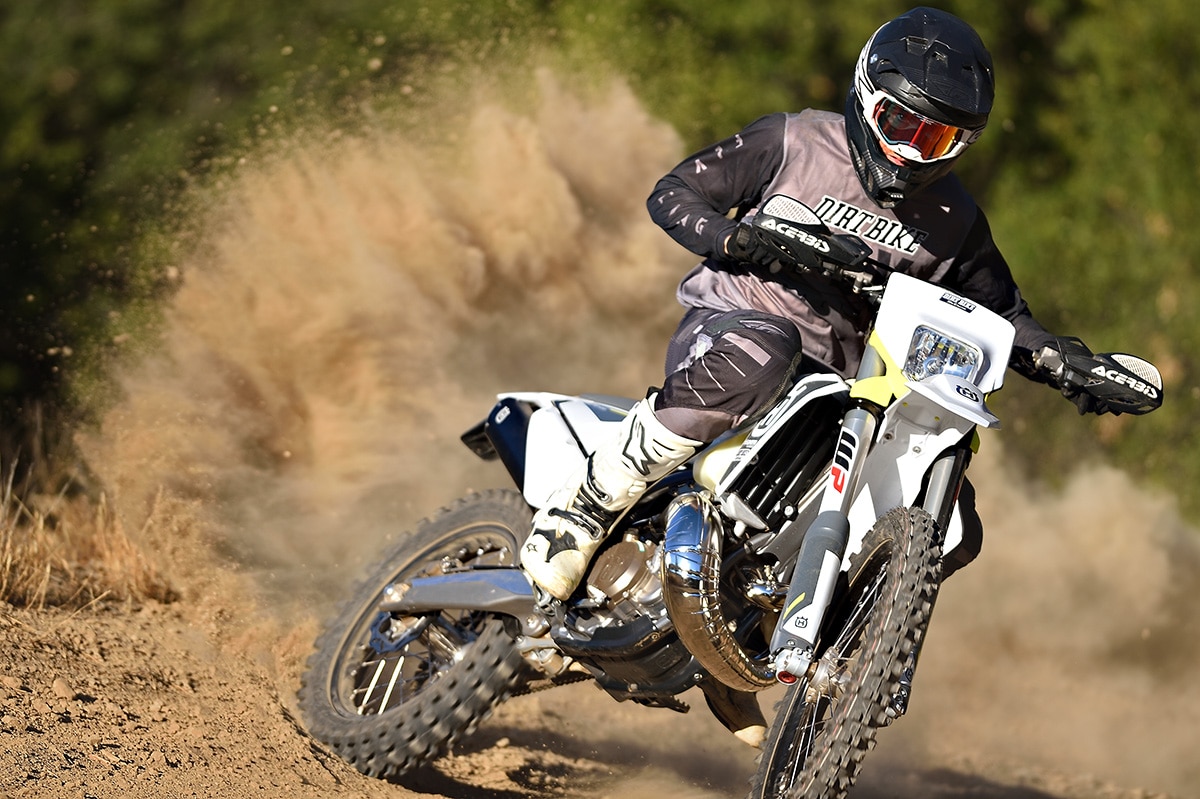 There’s nothing I don’t love about the TE300i. The power is ideal for tight trails and it never, ever stalls. It’s light (235 pounds without fuel) and insanely easy to ride. Increasingly, I’ve heard riders complain that the TE and all it’s TPI brethren are too smooth. Some riders like the old-school hit that carbureted bikes had.  I don’t think there’s any such thing as too smooth, myself, but I know that the TE lacks a little bit of a thrill factor. In terms of outright horsepower and acceleration, there was no measurable difference between the first TPI 300 and the last of the ones with Mikuni carburetors. It’s generally accepted that the 300 two-strokes with Keihin carbs had the best balance between smooth power and excitement. There are more kits showing up every day with different variations of fuel-delivery. Some relocate the injectors, others bring back carburetion. We’ll be testing them all, so stay tuned.

The KTM 450SX-F is here and so far we have only one day of testing. Actually, it was only a photo shoot with Mark Tilley. The bike is unchanged, which means it still has excellent power and is the lightest bike in the 450 class (223 pounds).  This year, we hope to do more testing with the My KTM bluetooth app, which we believe will have more capabilities. Stay tuned. 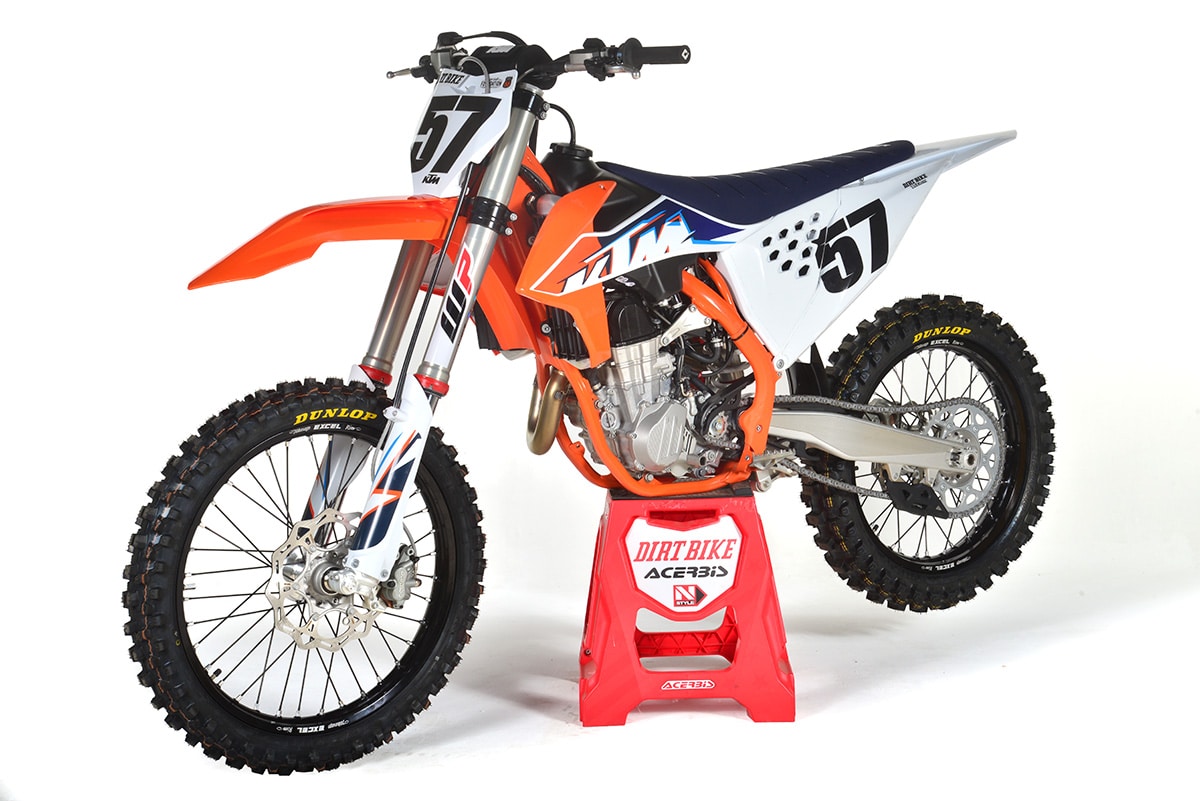 The guys at Dirt N Iron put together  a 2012 KTM 300 for their Youtube channel with the help of Jay Clark, who often helps us with builds.  The bike is done and we got to ride it. Yes, you can make a 10 old bike better than new, but it takes work. 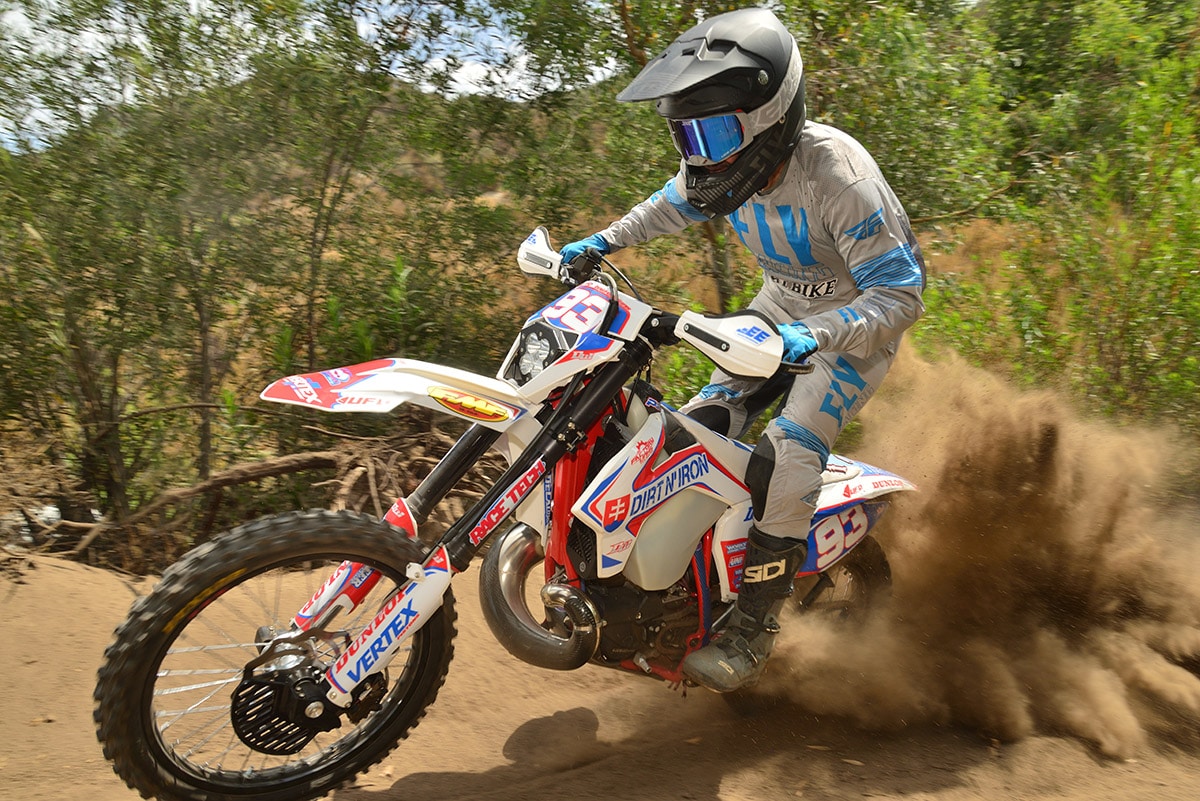 There are some things that can’t be addressed; back in 2012, the electric started wasn’t integrated into the KTM engine as cleanly and there are a number of design issues that have been improved since then. But as far as power and suspension go, the old lady can go head to head with a modern bike. 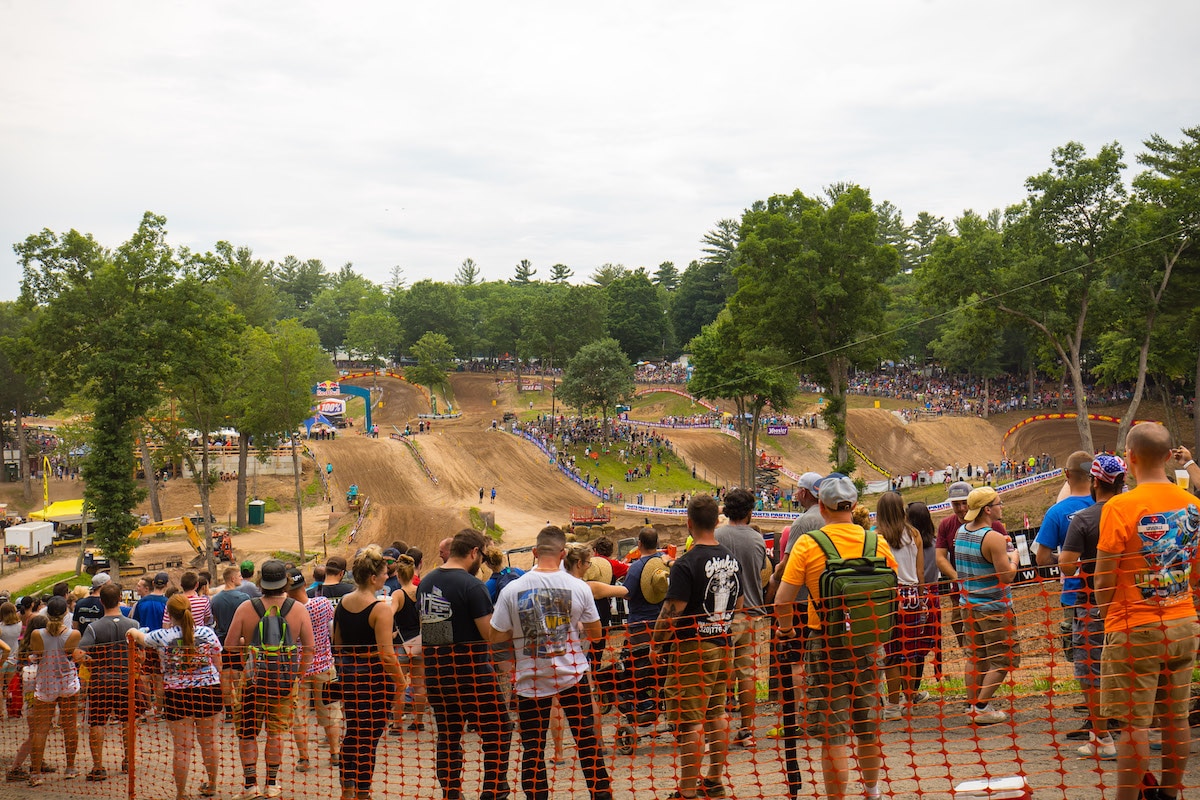 The Lucas Oil Pro Motocross Championship makes its return to The Wick 338 for Round five of the 2021 season. After a year away, the famed sand track will host its landmark 40th running of this storied summer tradition in New England with the Twisted Tea Southwick National. Domestic television coverage from Southwick will be live with the opening motos of both the 250 Class and 450 Class on MAVTV Motorsports Network, followed by a next-day-delayed broadcast of the second motos on NBC Sports Network.

You can also check out results right here at dirtbikemagazine.com, which will be posted as the action happens. 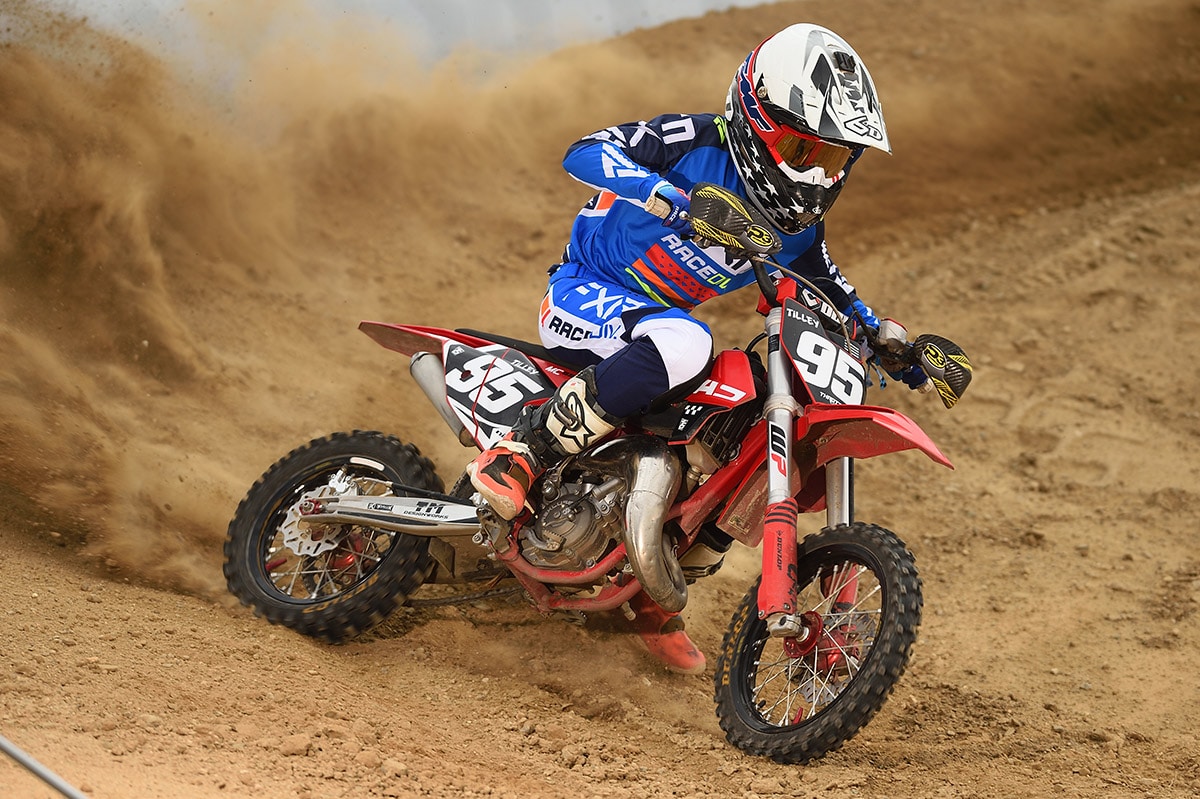 Genetics are inescapable. This week I shot photos of Jacob Tilley in some new FXR riding gear. It’s eerie how much he looks like his dad, who I have shot (quite literally) thousands of times for tests and features in Dirt Bike. Look for yourself. Jacob is the one above. 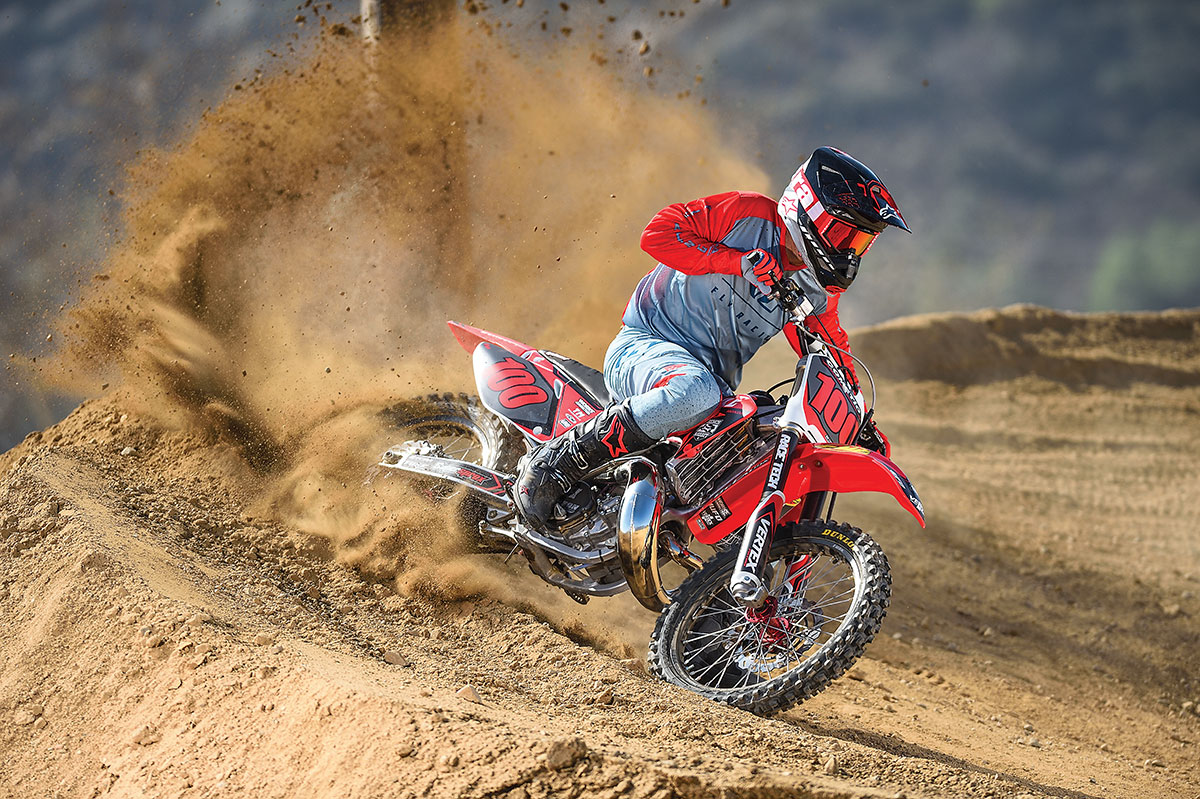