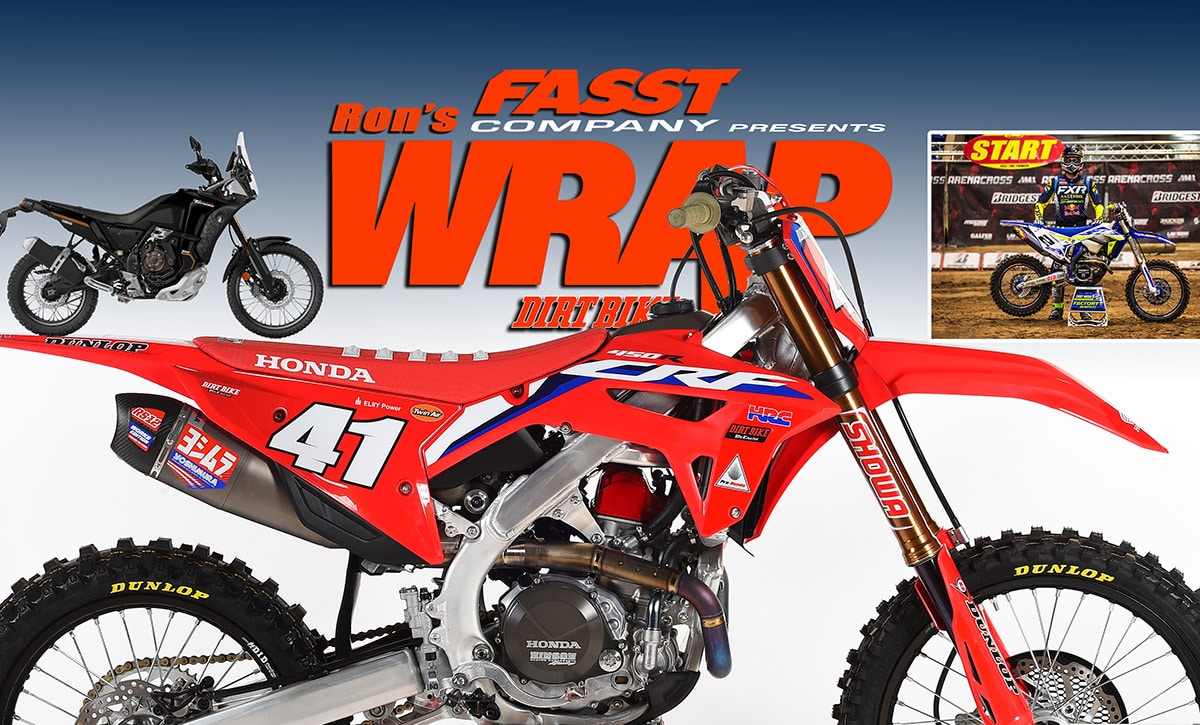 This week we got our hands on a brand new Honda CRF450RWE. That’s the Works Edition of the Honda 450. In the wake of KTM’s recent release of the 450SX-F Factory Edition, the Honda doesn’t rate as high as news, but the bike is still one of the most exotic motocrossers on the planet. It’s more than a cosmetically-driven race replica. It has a long list of high-end upgrades:

The MSRP for the Honda CRF450RWE is $12,399. That’s $2800 more than the standard edition. That puts it in a tie with the Kawasaki KX450SR as the most expensive mainstream motocross bike you can buy. The Husky Rockstar Edition is $11,799 and the KTM 450SX-F Factory Edition is $11,699. The Kawasaki is a much better comparison to the Honda because it has similar upgrades. The KTM and Husqvarna, on the other hand, are basically early-release 2023 models with a few extra parts and pieces thrown in; no porting, aftermarket exhaust or clutch cover.

The Honda’s suspension is still Showa which is what both Ken Roczen and Chase Sexton use. It isn’t really A-kit suspension, though. The ti-nitride coatings are a significant upgrade over stock, but everything else is the same as the production version right down to the spring rates and shim stacks. As an interesting side note; Kawasaki went with a different philosophy. Jason Anderson, Adam Cianciarulo and the stock KX450 all use Showa. They elected to switch suspension suppliers to KYB for the SR. Riders often say that the Honda CRF450RWE suspension feels quite different from the stocker, despite similar specs. You often go deeper in the stroke, requiring an increase in compression damping. Presumably, this is because of the decreased friction. Rear suspension still isn’t the Honda’s strongest point. Most riders will benefit from a stiffer spring. 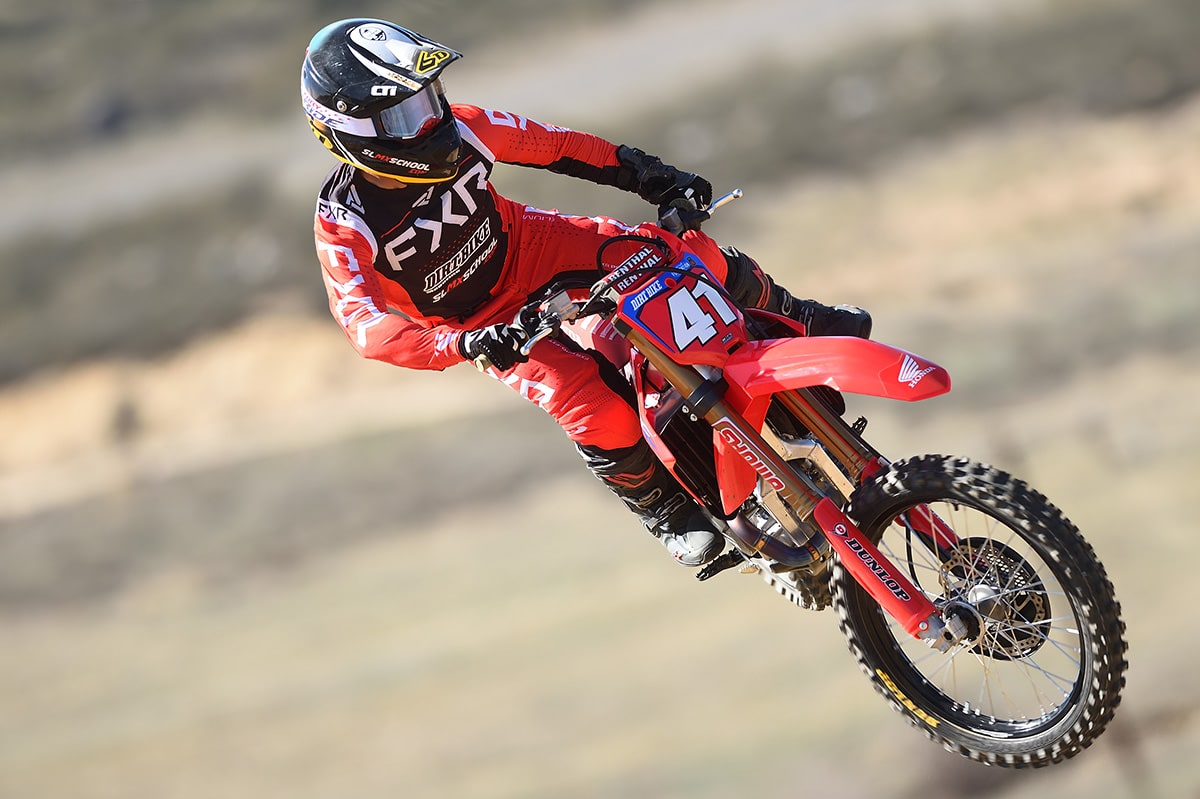 Up front, you gotta understand that the Honda is a brute. Even the stock CRF450R is so powerful and hard hitting that it can be intimidating. The RWE is even more powerful. For 2022, the most significant change–maybe the only change–is revised mapping. If you remember, the 2021 Honda 450 competition bikes all arrived with funky maps, which were later updated. This is the update. You have three maps available on the fly; one flash of the LED on the handlebar is the standard map, two flashes is the mild map and three is the tangy one. Here’s the interesting part: even though everyone says the Honda is a handful because it’s so incredibly powerful, most riders like the aggressive map best. That’s probably because the Honda is a little sleepy down low (by modern 450 standards) and the mild map doesn’t help that. It just kills some peak power and overrev. The net result is a narrower powerband. The standard and agro maps go farther on top meaning that you don’t have to shift as often. You just have to hold on tighter. Honda also has traction control available on the same map switch. In most situations it doesn’t make a big difference, but in soft soil it tames the bike considerably.
The Honda’s strongest point is cornering. It’s a light bike with very responsive steering. That means it drops into turns with very little effort. Sometimes it gets a little busy going into turns, though. That’s the result of the rear suspension. We already know that the bike is a fantastic pro-level racer. We took our standard CRF450R and gave it to Justin Jones to ride the final two rounds of the Lucas Oil Pro Motocross season. All it took was suspension work. We have all the replica bikes either in the DB garage or on the way. We can’t wait to get them all on the track at once. It’s going to be fun!

MORE BIKES IN THE SHOP

We have a number of bikes that were the subjects of photo shoots this week. One was the Honda CRF250RX, which we got to ride at Cahuilla MX. Every time we do an off-road photo shoot there, I look at the log bridge and decide it will make a good photo. My photo guy (often Sean Lipanovich) takes a look and says no way. These are guys who  will launch a 70-foot supercross triple without batting an eye. The bridge looks easy when you aren’t behind the bars, but there’s a lengthwise log junction that makes your front tire do wicked things. This week was a milestone for Sean, who finally crossed it and declared it easy. “But my heart was pounding,” he admitted.

We also have an Every Single Sunday GasGas project bike. The idea was to turn the EX450 off-road racer into a rally bike. The key components are a MotoMinded rally tower and an Acerbis tank. The bike was a big attention magnet when Pete Murray took it around the Glen Helen National track. Yes, the photo above was shot there. Glen Helen can actually have green places this time of year.

Yamaha Europe has announced a very cool looking special edition of the Ténéré 700. Here are some of the specs, although we haven’t heard if it’s coming stateside: 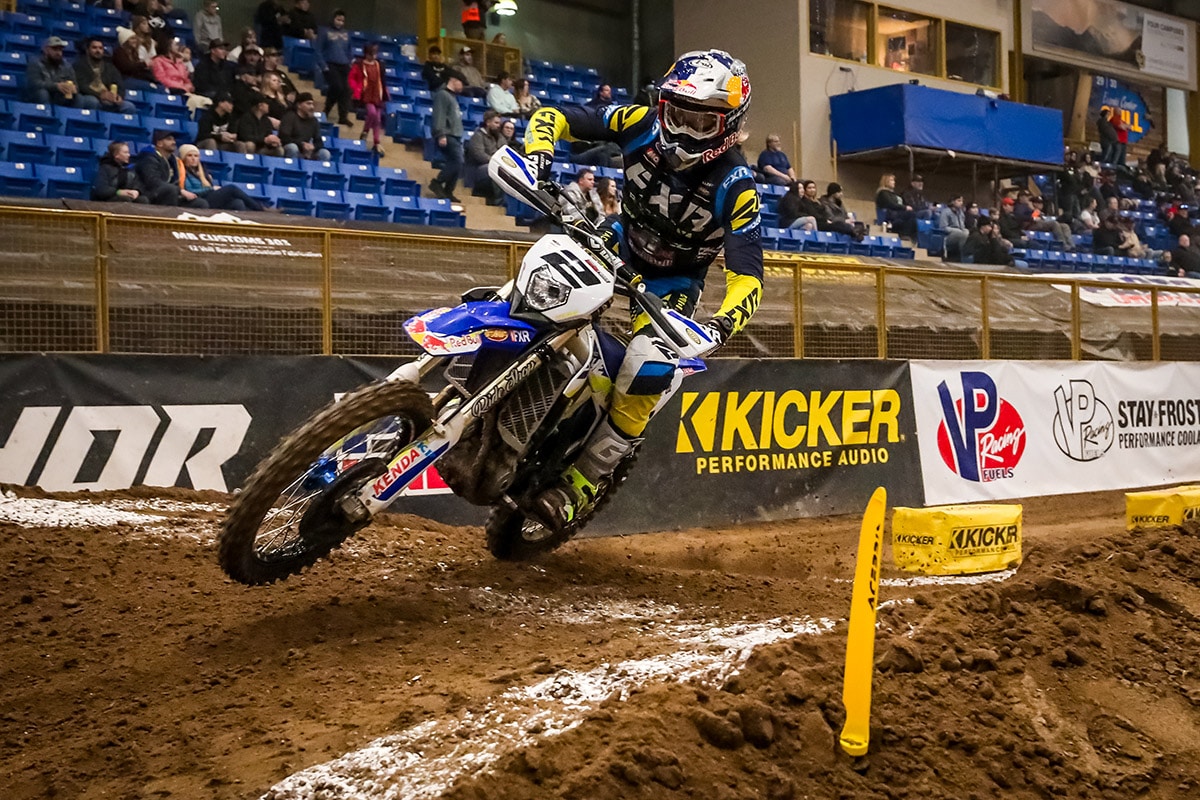 Cody Webb, in case you haven’t heard, is a talented guy. He just added Arenacross to the list of things he can do when he rode a round of the Kicker series. Here’s what he said:

“The Arenacross crew asked me to come out and race the final two rounds since it was in my hometown.” Said Cody Webb “Since it’s the same promoter as endurocross, I figured I would give it a go and help cross promote the two series and get the Sherco name where it hasn’t been before. Honestly, I didn’t even mention it to the guys with Sherco USA until that week, but I knew they support me no matter what, so that is another reason I opted in.

I did the best I could to set my practice bike (EnduroCross) up last minute. I bought an 18” MX tire Wednesday from my local dealer and adjusted the clickers almost all the way in. I had never hit a set of whoops before in my life, but I was more than willing to give it a try. I had an absolute blast and would honestly probably try and give it a go when they come into town next year. I think I impressed some of the other riders on my ‘enduro’ bike so I was pretty stoked about that..” 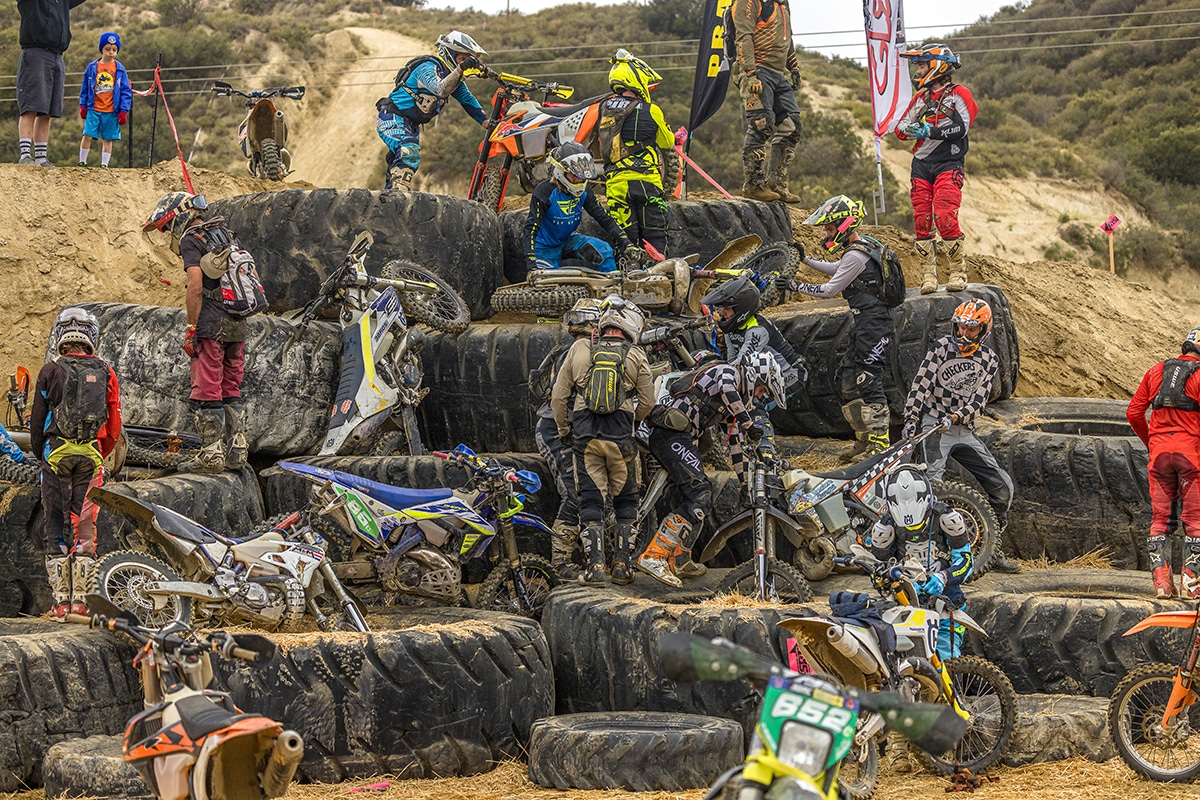 Speaking of Cody Webb, the 2021 Last Dog Standing will be broadcast on MAV TV this weekend. I got to be a part of the broadcast team and it was a lot of fun. Ross and Kelly at MAV did an incredible job with the final edit Check it out.

ANDREW SHORT TALKS ABOUT YAMAHA PULLING OUT OF RALLY