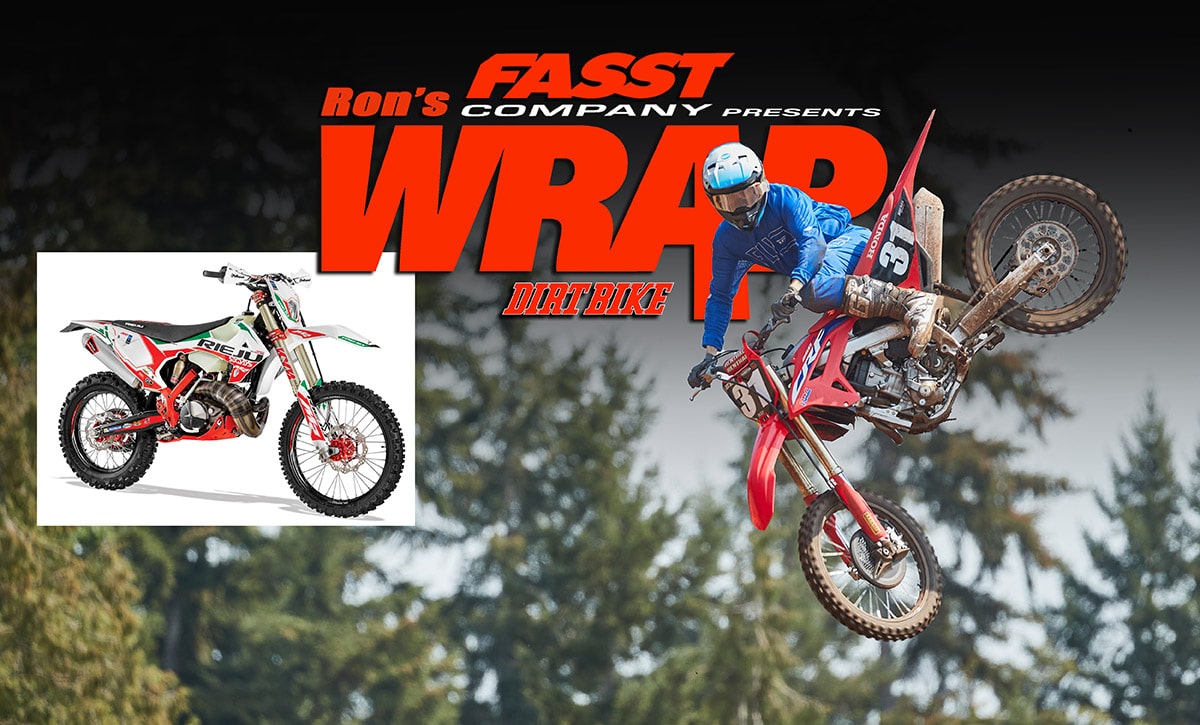 This week started with Honda’s big reveal of the 2022 CRF250R. We’ve seen this bike coming for over a year, and it is what we expected: a 250 with all the same chassis updates that the 450 got last year. There were a few surprises along the way; things like Pirelli tires and a cable-pull clutch. Honda invited us up to Mountain View MX Park in Oregon to ride the bike for the first time. I stayed home, but Mark Tilley, Travis Fant, Carson Brown and Claire Parker all went up to ride the bike. Here are some of the comments from Carson and Claire. For Mark’s 2022 CRF250R review, click here.

Carson Brown:
First off is the motor. This thing’s got power from bottom to top. It now has some bottom end (which it was lacking the last few years) while keeping a strong middle and top. It should make everyone happy, not just pros. Next is the gearbox; they closed the large gap between second and third. It now only has one shift fork between second and third, making the gear changes much cleaner. In the clutch, they added another plate so that it now has nine instead of eight. Also this bike has a cable clutch, which I’m a big fan of and so are a lot of pros. It gives you a much better feel for what the clutch is doing; whether it’s getting hot or needing to save it in certain situations. The motor now has a much better oiling system through the clutch, cams, and top end. It ran noticeably cooler. The bike comes with three maps that you can change on the bars: mellow, intermediate, and aggressive. It seems like most four-strokes have some mapping issues; they bog, foul plugs, or have a big dip in the power. This bike ran as clean as any bike I’ve ever ridden.

Another crucial thing for me is the weight. It’s 8 pounds lighter and also a single exhaust. That’s a big deal, especially in a racing situation. With the single pipe and updated body, it makes it much easier to work on with less parts to take off and on. With the bike being more narrow, it helps the rider move around more freely on the bike. The suspension is super adjustable, I’m a big fan of Showa suspension and spring forks. Once you get the suspension set then it stays consistent throughout the day. I’m not a fan of the skinny 1.85 back rim and 90/100 rear tire. In my world I need to run a 2.15 and a 90/110 rear tire and this motor is plenty strong enough to pull it.

Claire Parker:
Can’t believe I got a chance to test the new 2022 Honda CRF250R for Dirt Bike Magazine. Having experience on the newer Kawasaki KX250, Husky TC250, and the GasGas MC250, I was surprised with how much more bottom end the bike had. I liked how manageable the power was; it was easier to hit jumps in a lower gear, and get on the powerband out of corners. It’s got a clean look with the single pipe exhaust, updated plastics with less bolts, and bare titanium tank. Another strong feature of the new model is how narrow and light it is; Honda said they were dropping weight and boy did they! As a smaller rider it makes it easier for me to keep straight if I get sideways or sketchy. The stock suspension is pretty soft which I liked as a mid-speed rider. Honda did an amazing job with this updated model. I instantly felt comfortable on it; and seeing the big dogs like Carson Brown, Josh Mosiman, Jett and Hunter Lawrence tossing the same bike around as me shows that it’s a bike that any rider of any skill level can appreciate! 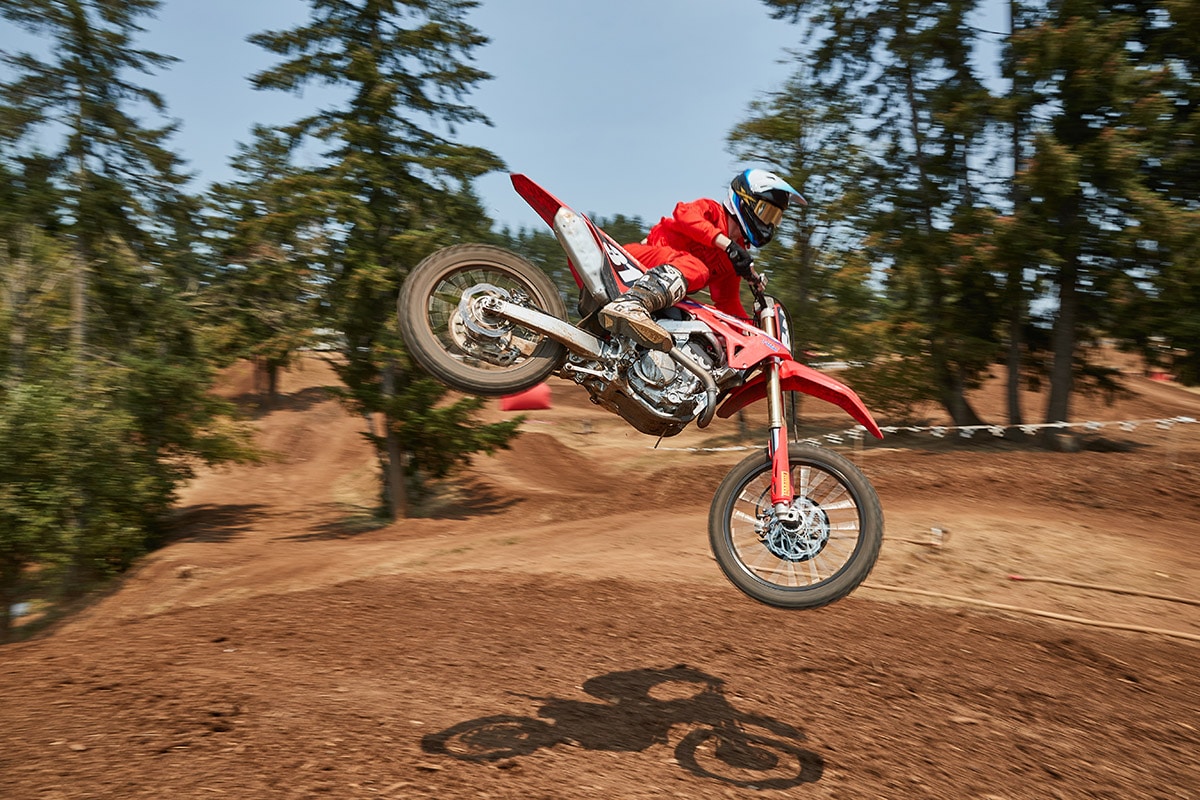 The U.S. importer of Rieju reports that 2022 looks good for the Spanish company. Rieju acquired the tooling and the rights to build the bikes that were developed and sold by GasGas prior to the Pierer Mobility (KTM) buy-out. Those bikes had just undergone a massive redesign and were quite good, so we’re delighted that they will continue to be available.  The 2022 pricing has been established for a line that includes 300s, 250s and 200s. The most basic configuration will be the Ranger line, which is seen as more of an entry-level trail bike. The mainstay will be the Racing line and there will also be a premium Pro edition. And, if you are going to the ISDE in Italy, you might be able to take delivery of the Six Days Limited edition there.

You can learn more about Rieju USA here. 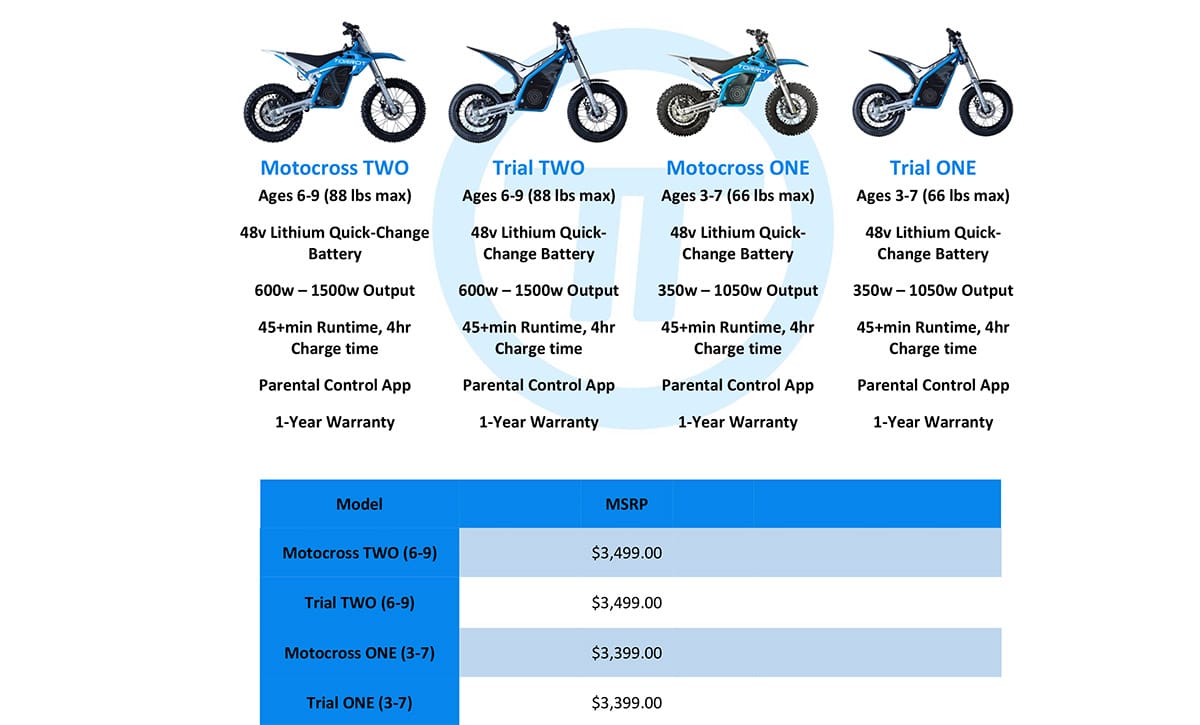 Mark Berg is the man behind Rieju, and he was also the last man standing at GasGas before the Pierer buy out. If you recall, the parent company for GasGas at that time was Torrot, which is an important player in the electric mobility industry of Spain. Mark will continue to import Torrot going forward. Here’s the 2022 line-up of Torrot electric minis. 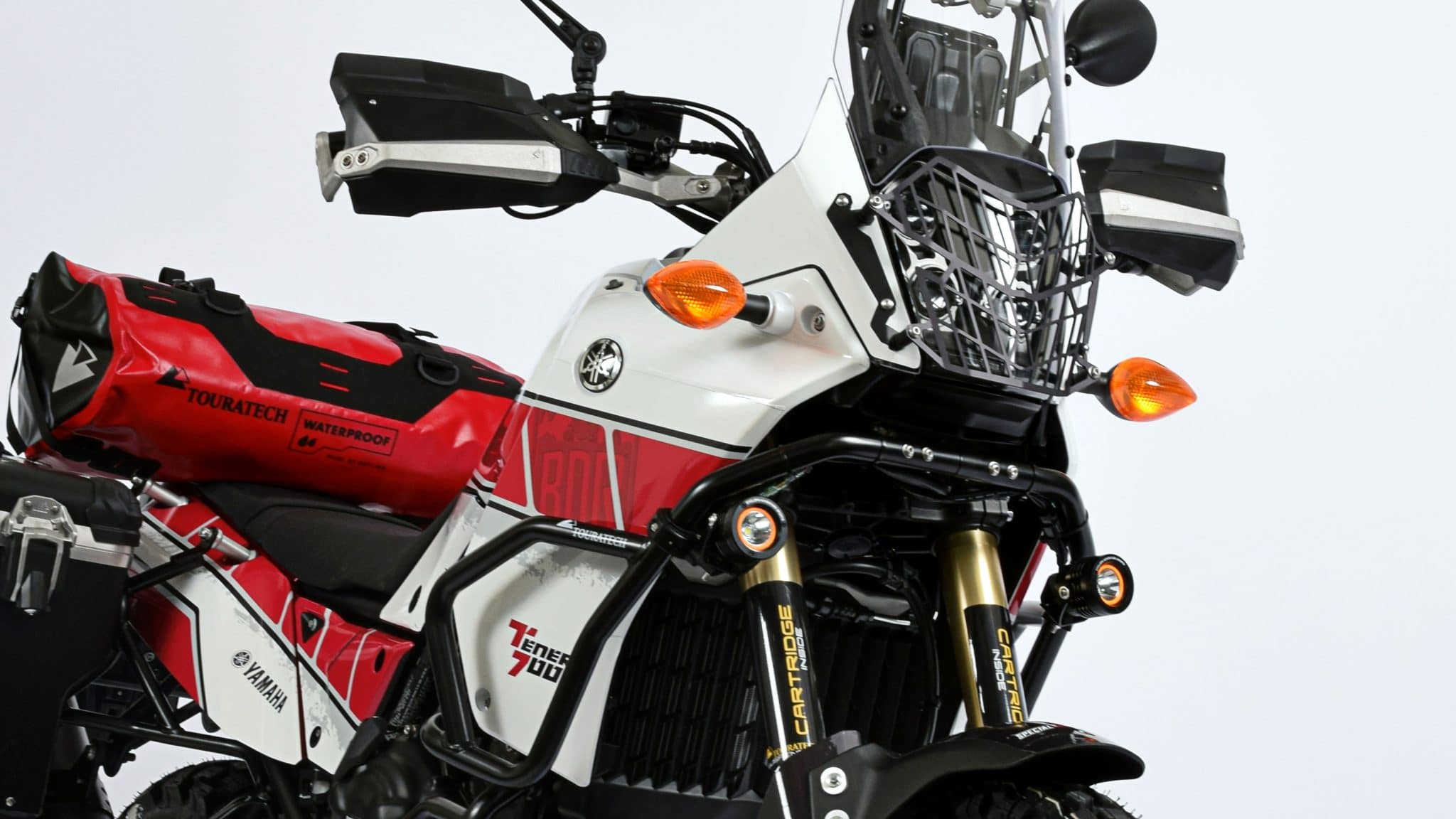 RideBDR.com is a non-profit that develops incredible GPS routes throughout the U.S. Everyone should have at least one of these experiences and their bucket list. The 2022 fundraiser is a Tenere 7 giveaway. This bike is professionally wrapped with BDR Special Edition graphics and meticulously outfitted with top-shelf upgrades from Touratech, Cyclops, Wolfman, TripleClamp Moto, Revzilla, Motoz, and more. The accessory list is long and includes upgraded suspension, steering damper, essential bike protection, slip-on exhaust, LED auxiliary lights, hard luggage system, a GPS unit loaded with all of the BDR tracks, aggressive tires and much more. This dream machine is set-up specifically for riding Backcountry Discovery Routes, and even includes all 10 Butler BDR maps to help you plan your adventures. This is the most well-equipped bike that BDR has ever offered. You can enter to win at www.ridebdr.com.

The NW Challenge Vintage Race is next weekend at Washougal. This is one of the biggest vintage MX gatherings in the country, and it has classes for pretty much any motorcycle made over the past 100 years. You can learn more about the NW Challenge here.