This week we got to swing a leg over the 2021 Husqvarna FE501S dual-sport bike. This bike is like a crossbreed of two other bikes we tested recently; the Husqvarna FE501 dirt-only model and the KTM 500EXC dual-sport. If you think there’s no real difference between KTMs and Huskys, you might have a case with some models but not here. The FE501S has the same motor as the EXC, but the chassis is very different. The Husky has linkage suspension and the KTM has PDS in the rear (no linkage). That’s in addition to all the usual Husky proprietary items like the composite airbox, DID Dirt Star rims, Pro Taper Bars, Magura brakes and a Magura clutch master cylinder. 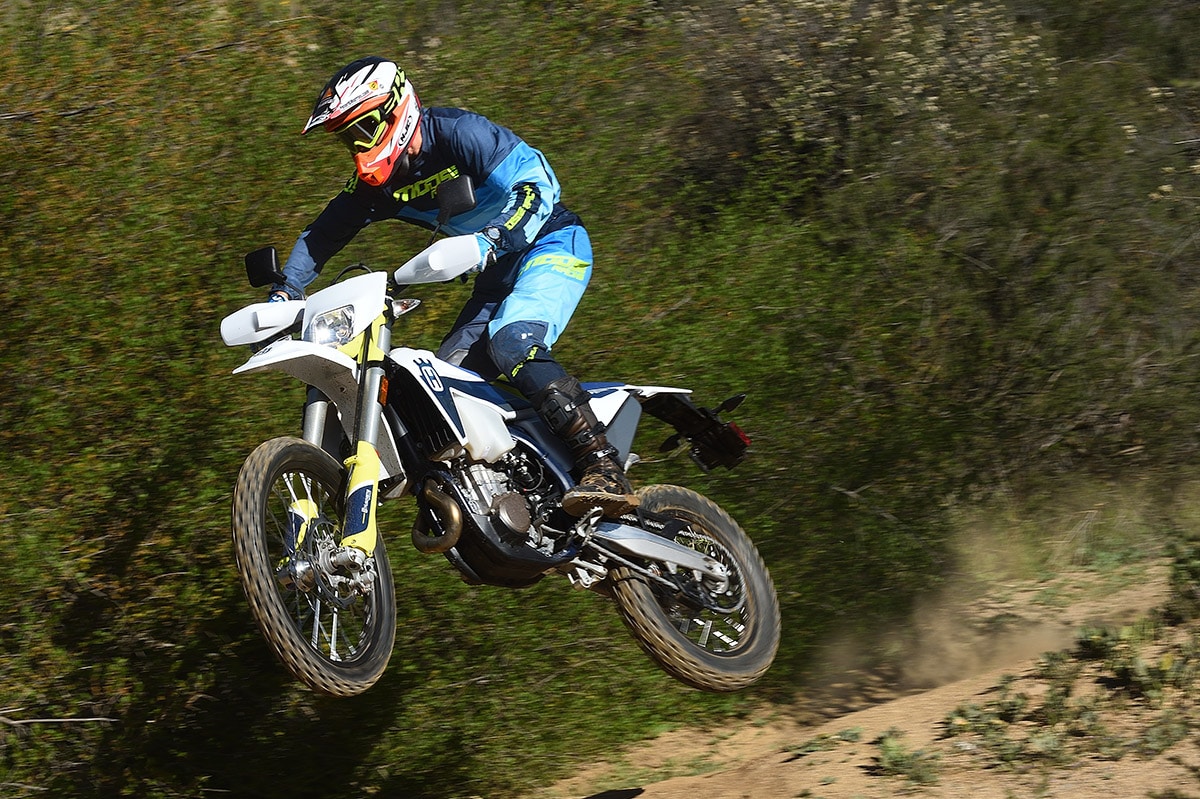 You probably already know that this is one of the greatest dual-sport bikes available. It’s priced accordingly: the MSRP is $11,699. What makes the bike so desirable is that it’s a legitimate dirt bike. It weighs 248 pounds without fuel (but with mirrors), which isn’t that far away from a full-race 450 motocross bike. One thing that really interests us about the FE501S is the gearbox. It’s a six-speed. Several desert racers we know of have converted the five-speeds in their Austrian 450s into this six speed. It’s a great gearbox with good spacing; the FE501 dirt version we tested last month has the same gearbox. The dual-sport model is, of course, detuned considerably compared to the FE501, which is detuned compared to the FX450 cross-country race bike. That’s normal. In order to get full EPA and DOT backing, Husqvarna had to make the bike clean and very, very quiet. We love it for that because we’re all about riding in sneaky places. The noise level does take a toll in power, of course. The FE501S isn’t especially fast. For most trail riding  situations, we have no complaints–we’ve always been drawn to tighter trails. The mapping is pretty good, but not perfect. It occasionally flames out, but no more so than any big four-stroke.

Going in, you have to know that the Continental TKC 80 tires are pretty weak in the dirt. They were chosen more because they help the bike pass the ride-by noise test. If you plan on doing any off-road ride of substance, you’ll want to put on DOT-legal full knobbies right away. STI and Mitas both make good ones. You will also need to install rim locks (a set comes with the bike in the spare-parts package).

The suspension is soft, as is always the case with dual-sport bikes. When you ride in first or second gear, the bike is cushy and comfortable. When you go faster, it starts to dive and bottom. The bike is well balanced, though. If you install stiffer-springs in the front, you’ll want to do the same in the rear. The fork is a coil-spring WP Xplor. The linkage suspension gives the Husky a very conventional feel. Some riders never come to grips with the PDS suspension on the KTM counterpart to this bike. The biggest advantages of that system are less weight and better ground clearance. When judged strictly on suspension performance we prefer the level feel of the Husky’s linkage system.

With most riders, the topic turns to modifications quickly. First thing you want to do is fix the license plate bracket. It will fall off within a few rides, otherwise.  SAR makes a nice fix. The usual disclaimer is necessary here: the bike is no longer compliant with the EPA if you modify anything that affects sound or emissions. Technically, you can’t even put a larger fuel tank on it because that’s part of the emissions system. If you go down that road, fuel mapping is the most important hurdle. If you just make exhaust or engine modifications alone, they won’t be effective. This particular bike is going to Justin at Motowhips who is going to make it something very special. Stay tuned for that.

LAST DOG STANDING TO BE ON MAV TV 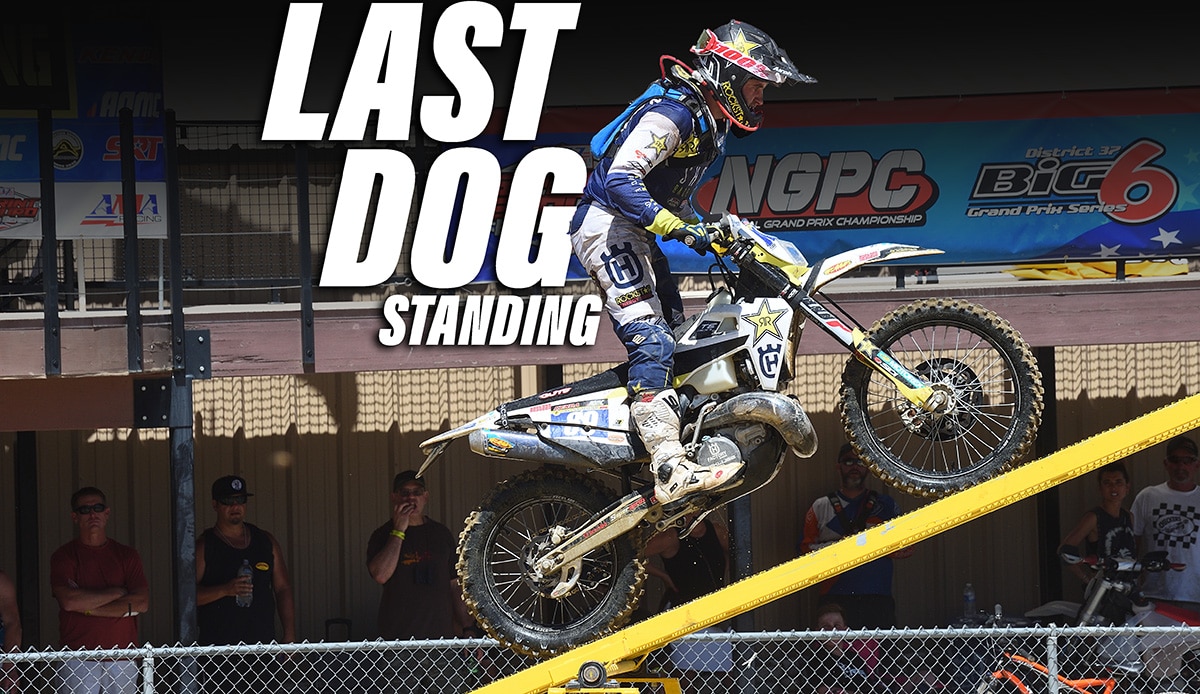 Last Dog Standing is coming up on  May 15 2021 after skipping a year. It will be held in conjunction with a round of the D37 Sprint Enduro Series at Glen Helen. District 37 has confirmed that it will be televised again this year on MAV TV.  I will be helping out with some of the interviews, like I did for the 2019 broadcast, but I think I will opt out on being a guinea pig for some of the obstacles. A man’s gotta know his limits. 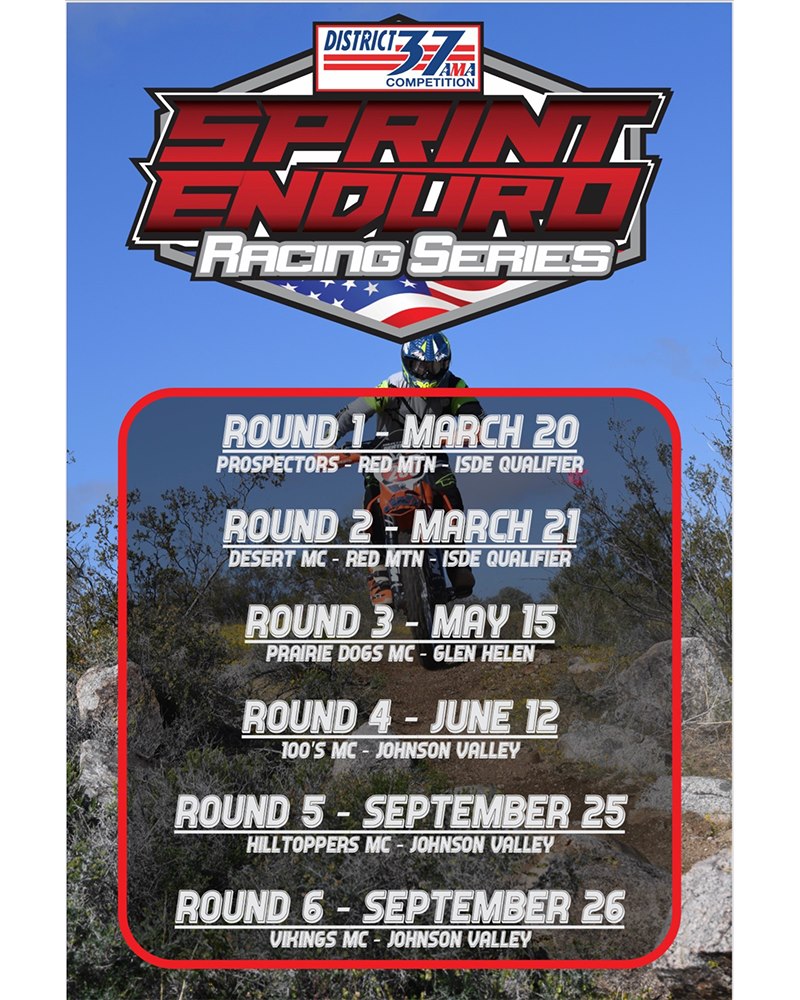 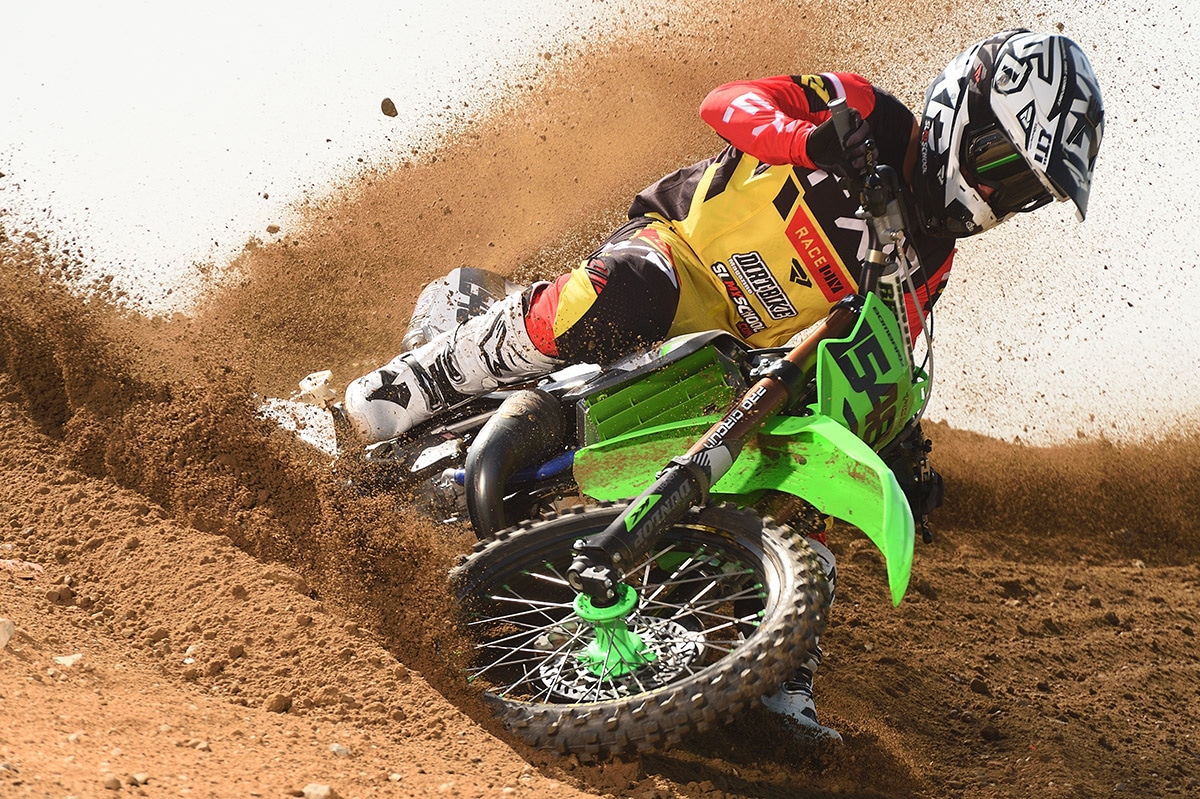 Tim Sharp built a very trick Kawasaki KX125 which will be featured on Two-Stroke Tuesday next week. Sean Lipanovich got to ride it for me at Glen Helen this week. I gotta admit, I still love the sound of a 125 two-stroke. 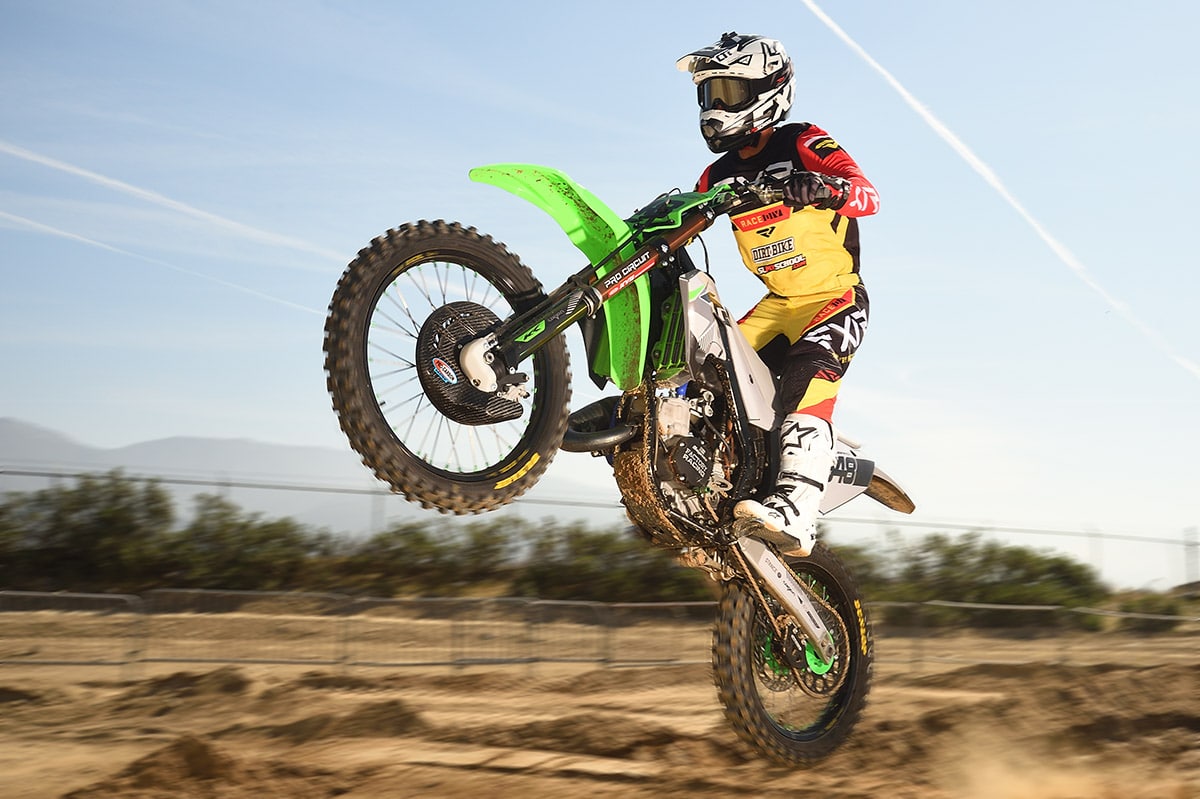 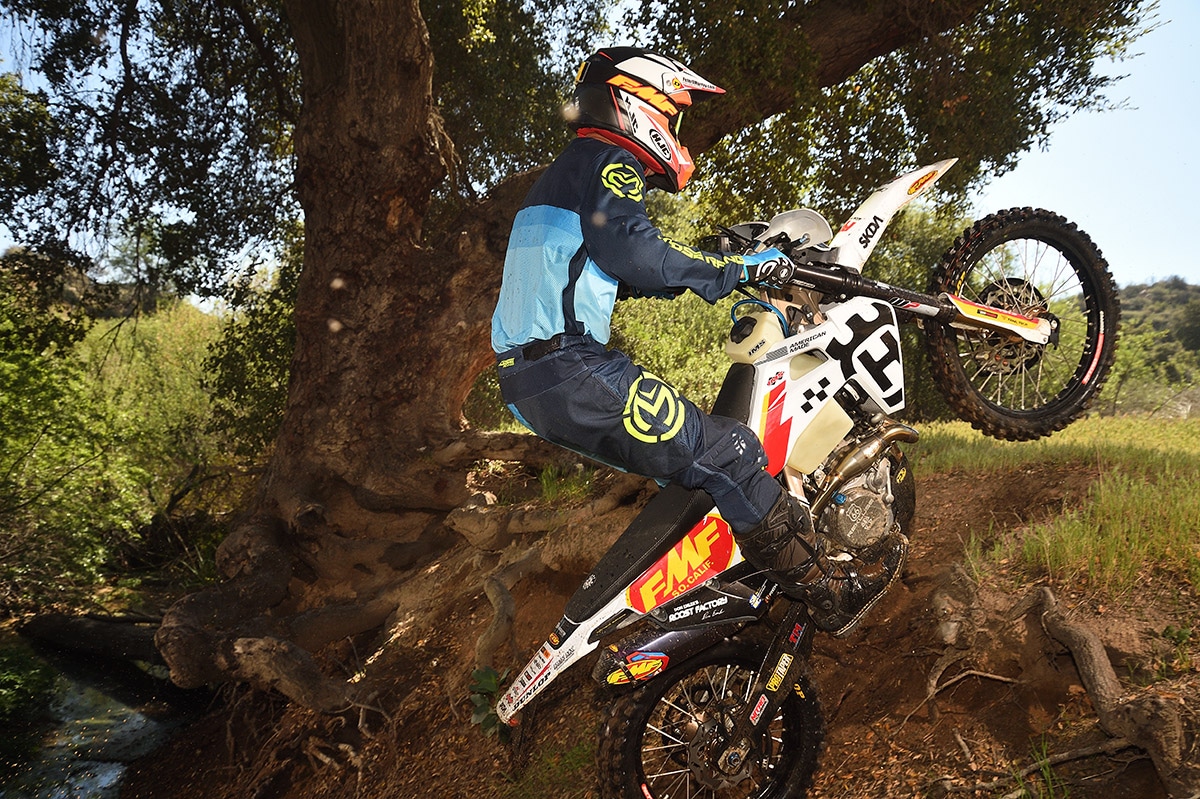 Another photo shoot from this week was a Husky dual-sport built by “Little D” Emler at FMF. It was kinda cool to ride this bike back to back with the stocker we tested above. As you might expect, Little D’s Husky was a virtual race bike, but it was also pretty sweet. We will have a video of this machine soon, so stay tuned. 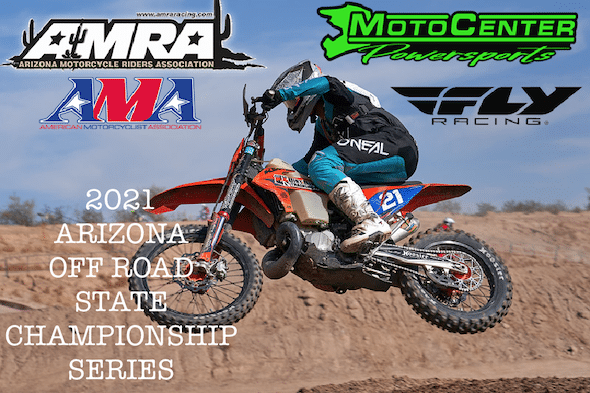 The next ISDE Qualifier will double up as part of the 2021 Arizona State Championship. It will be a two-day event starting on April 17 in the Sheridan Mountain/Smith Mesa OHV trail system, staging out of Camp Wood. It should be great. Click on the image to learn more.

VIDEO: THE YEAR OF JUBILEE