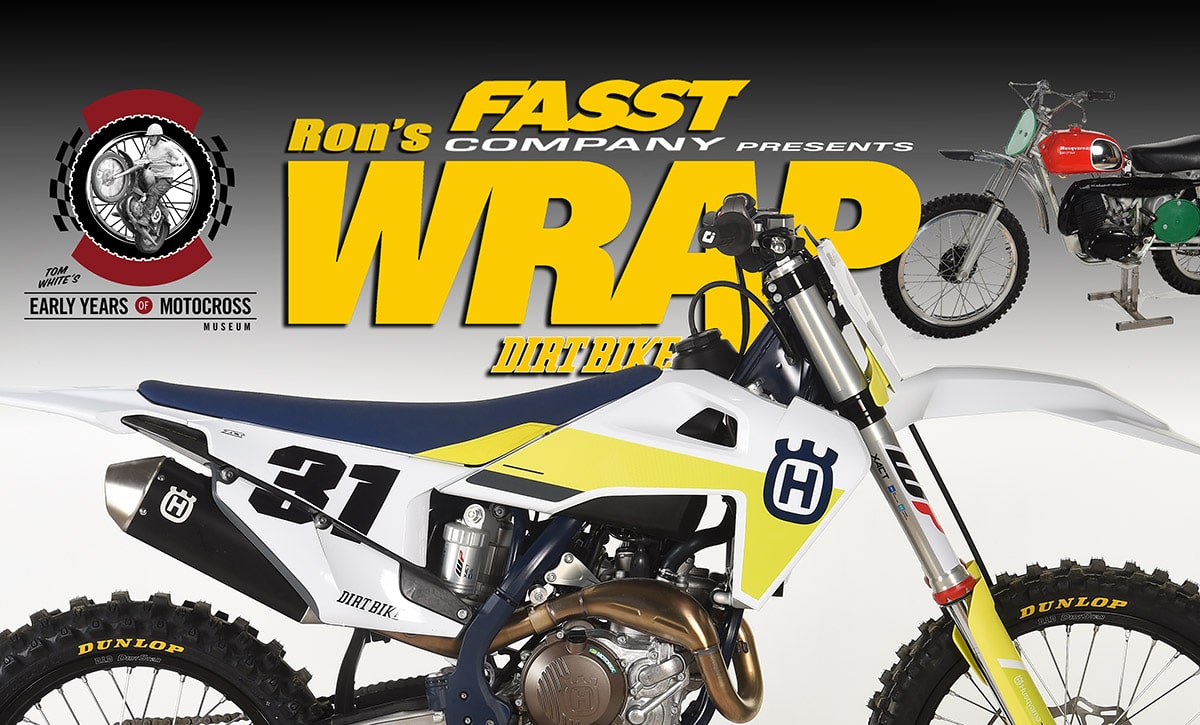 The 2021 Husqvarna FC450 is here and even though this can’t be considered a year of major change, there’s still a lot to talk about. On the top of the list, Husqvarna is continuing to follow a different evolutionary path from KTM. We began to see some hints of that last year; the Husky’s power delivery was a little milder and the suspension was a little cushier, apparently aimed at a more mature rider. That makes sense–Husqvarna is a legacy brand that might mean something more to vet and senior riders. The price is higher and the image is different, even though the FC450 shares most of its parts with the KTM 450SX-F.

For 2021, the Husky’s biggest change is in the suspension department. We already saw a redesign of the Xact AER 48 air fork with the inclusion of a mid-valve; that came with the 2020 ½ Rockstar Edition. Now the suspension travel and overall height of the bike has been reduced by 10mm. This is a change that doesn’t come on the 2021 KTM 450SX-F. To do this, KTM shortened the cartridge and the fork tube up front, then changed the shock head and the linkage in the rear. The idea was to give it a lower center of gravity and make it a little easier to ride. The Husqvarna already had a number of other differences, including a different airbox and a screen in the muffler to make the power smoother. Other changes between KTM and Husky are simply to engage different sources; the clutch hydraulics are Magura rather than Brembo, the handlebar is Pro Taper rather than Neken and the rims are DID rather than Excel.

Husqvarna is also taking a different path with its electronics in 2021. Now the bike can have smartphone connectivity for altering the mapping and power delivery. Unlike the Yamaha system, you have to pay extra for a transmitter, but it’s still an improvement over what Husky offered in the past. You can read more about it here.

On the track the Husky once again has a very smooth, linear power delivery. It’s still a fast motorcycle, but as 450s go, it’s not especially demanding. The changes in suspension, as far as we are concerned, are excellent. We already were pleased with the changes to the front fork valving on the Rockstar Edition; that alone was the biggest single improvement that has come since the introduction of the air fork. The pneumatic spring has never been a shortcoming with WP. Honda, Suzuki and Kawasaki all had issues with their air forks that WP avoided. The WP’s problems were related to harshness on square edges and slap landings. Those are mostly gone now. The decrease in travel and overall height was met with overwhelming positive feedback by our test riders. Sean Lipanovich, in particular, was a big fan. That’s not surprising; he’s kinda short. Actually, real short. But even Mark Tilley, who is over 6 feet tall said the bike cornered much more willingly. Now, the Husky is one of the easiest bikes to ride of all the 450s. We have a lot more testing to do, though, and the other 2021 models have just started arriving. The Husky FC450 test will appear in the November, 2020 print edition of Dirt Bike. You can also check out the video of our first ride on the 2021 Husky FC450 here. 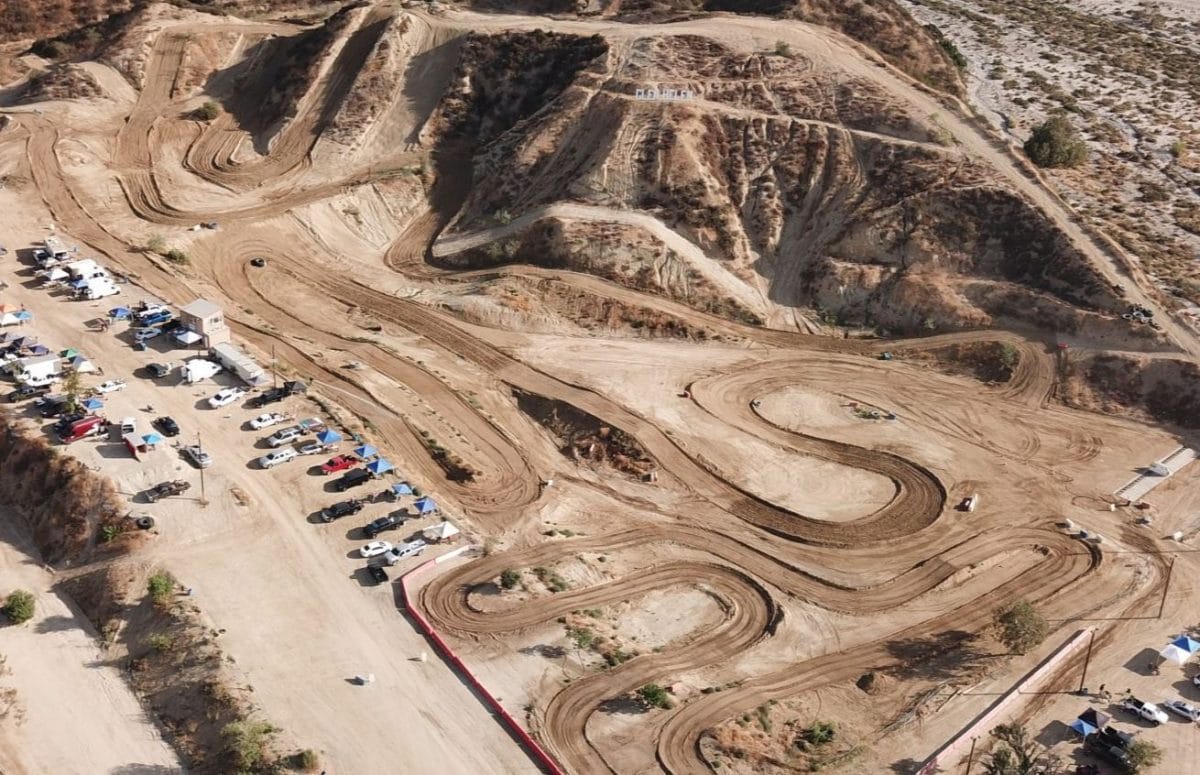 This weekend, July 25, REM Motocross is back at Glen Helen! This has been one of the most prolific motocross organization in the country, barely taking a break for over 30 years. Covid forced a shutdown in March, but now Frank and Mira are back in business, albeit with changes. Sign-up is now on-line to prevent the germy line in the morning. Go to the REM website for the new procedure. Glen Helen will be a busy place, as the Lucas Late Model Dirt Series will be taking place on the truck track, but it’s for broadcast-only on MAV TV. 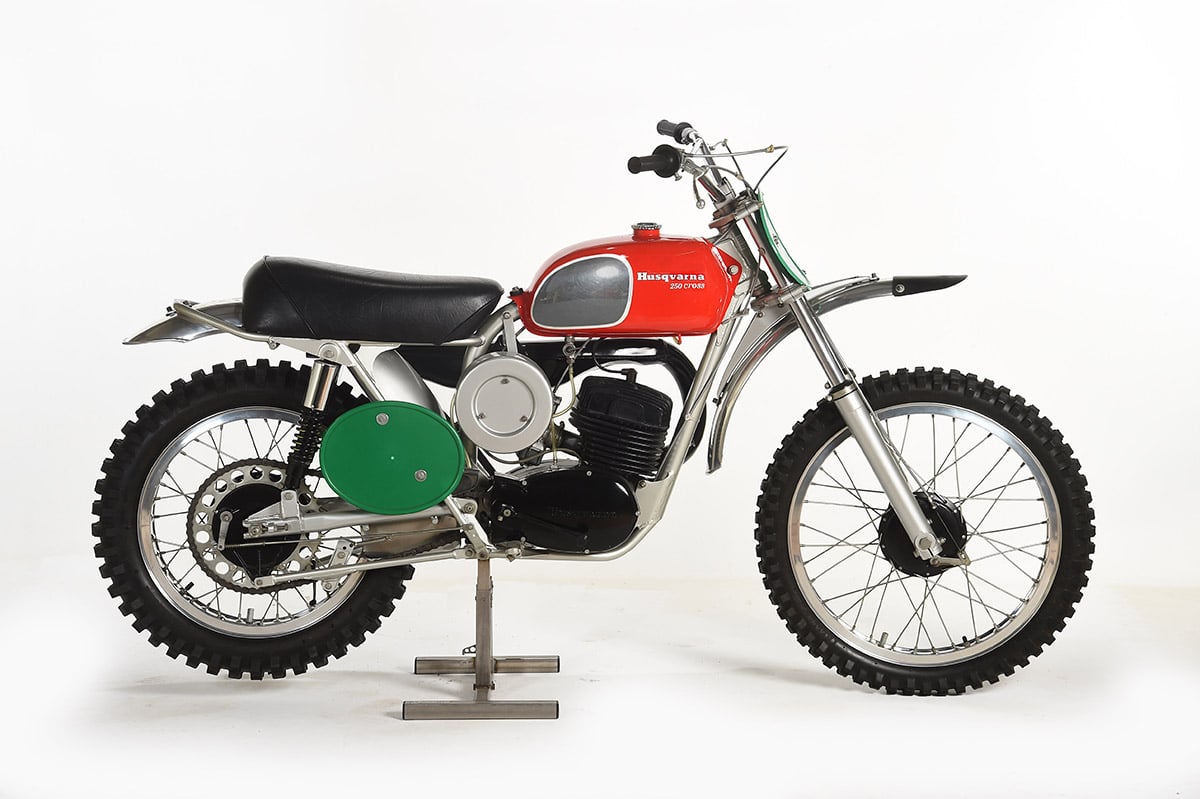 The first issue of Dirt Bike in July 1971 featured a comparison test of a CZ 250, a Maico 250 and a Husky 250.  For the October 2020 issue, those bikes were featured again, using new photos of restored bikes. For the Husky, John and Kristen Anderson at Dubya allowed me to shoot a 1971 Husky 250 Cross from the Tom White Early Years of Motocross Museum. Tom was Kristen’s father and she is now conservator of the estate. John made it clear that the Museum is still intact and will always be that way to honor Tom’s memory. 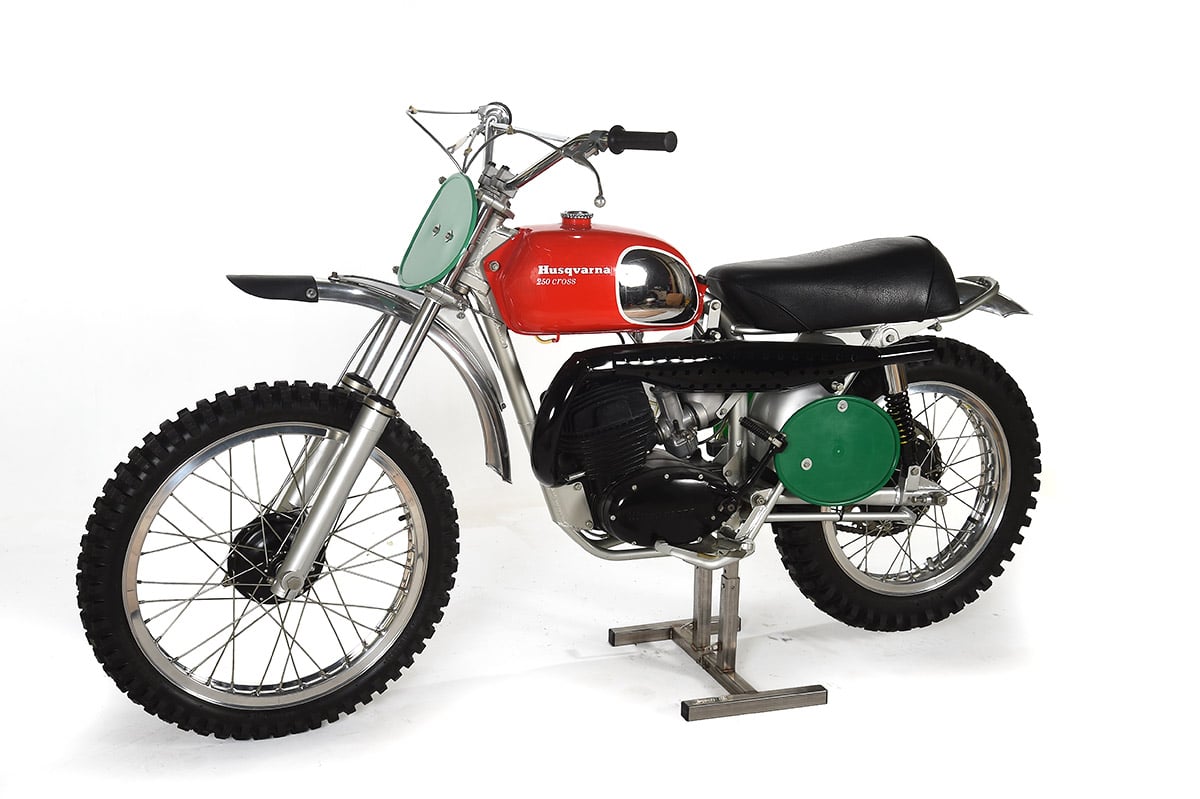 Here’s what Tom White wrote about his particular bike:  “In many ways the 1971 Husqvarna 250cc Cross was similar to the first 1966 model that hit American shores. Refined for durability but still utilizing a 4-speed transmission, the engine was almost identical in appearance with improved starting and performance thanks to a new center float Bing carburetor. Fenders were now aluminum replacing the steel and Akront alloy rims saved weight and were stronger than the predecessors chromed steel rims. In function, the Huskys  still shifted on the right while most of the competitors had moved shifting to the left. Much was to change the next year as Husqvarna tried to retain its position as the top motocross machine. This machine was lovingly restored by Noble Butler to its original condition. 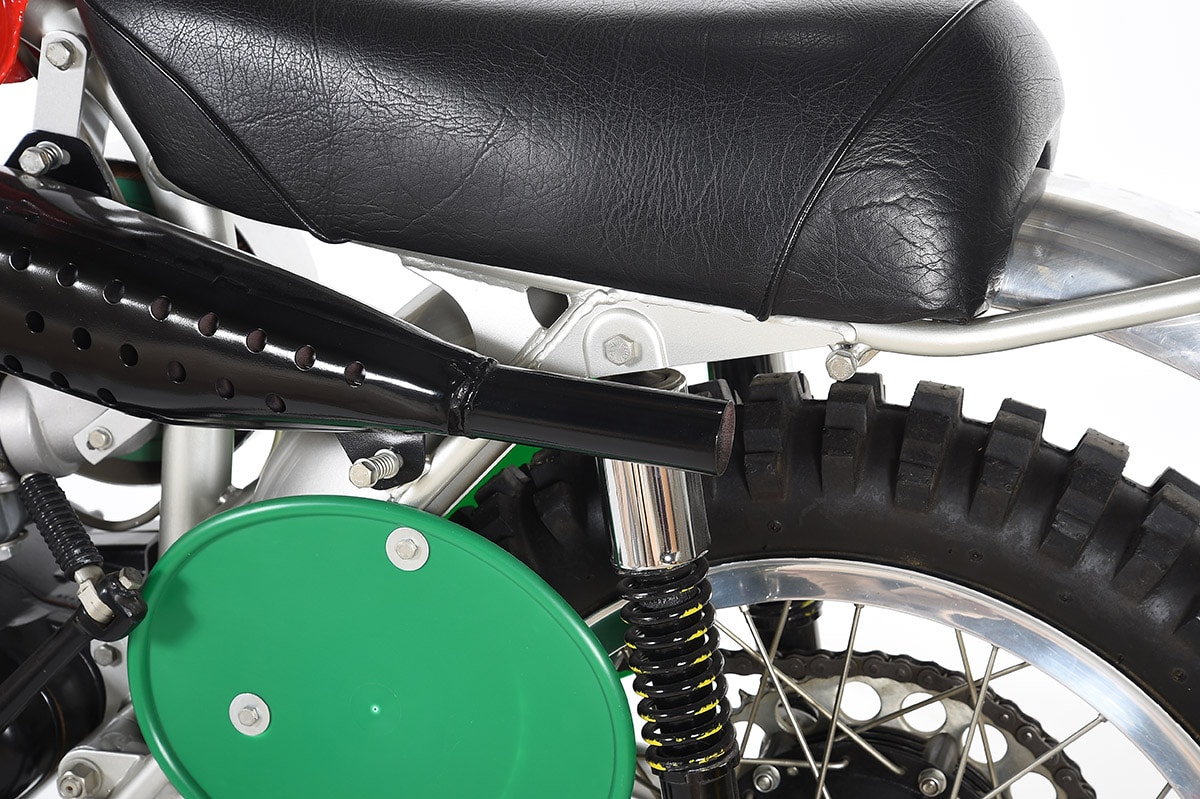 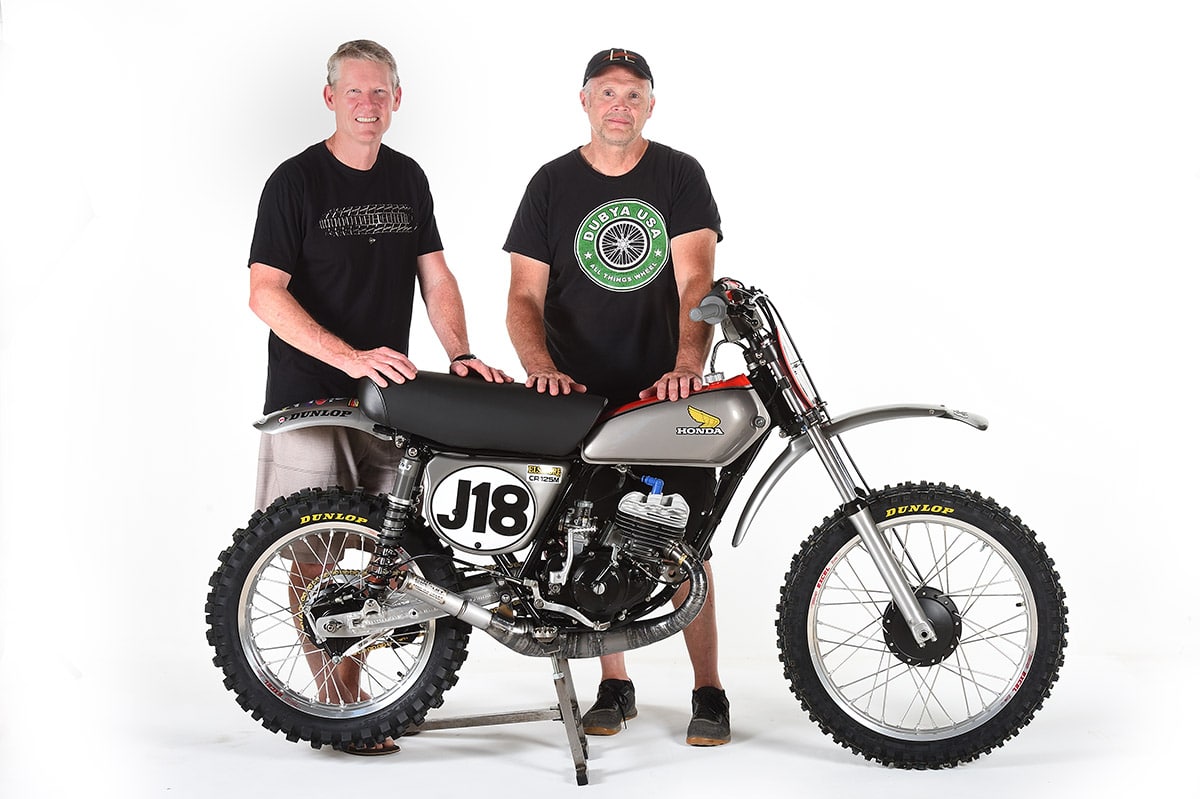 This week I got a visit from Dallas Nyblod, who built one of the most obsessive vintage racers that I’ve ever seen. Dallas is good friends with Broc Glover, so he set out to build a bike for Broc to ride in the Pomeroy Cup in the Northwest. It started off as a 1975 Honda CR125M similar to the one that Broc rode in his early years. By the time they were done, the bike had morphed into something that was more sophisticated than any works bike of that era. There will be more on this bike in a coming Two-Stroke Tuesday feature.

FMF and Fox have a pretty cool idea to get keep us looking good. It’s a T-shirt subscription service. You get a new, exclusive T shirt every single month. As part of the FMF Drop you will receive FMF Tees that will never be released to the general public. Each month FMF drops a special delivery at your doorstep and inside will be an additional surprise in every box. Limited Edition stickers, autographed memorabilia, or accessories.

How It Works
Please Note- We currently DO NOT accept any returns on The DROP subscription as each item is custom made to order.

WINNING STREAKS: HOW THEY START, HOW THEY END–DECOSTER