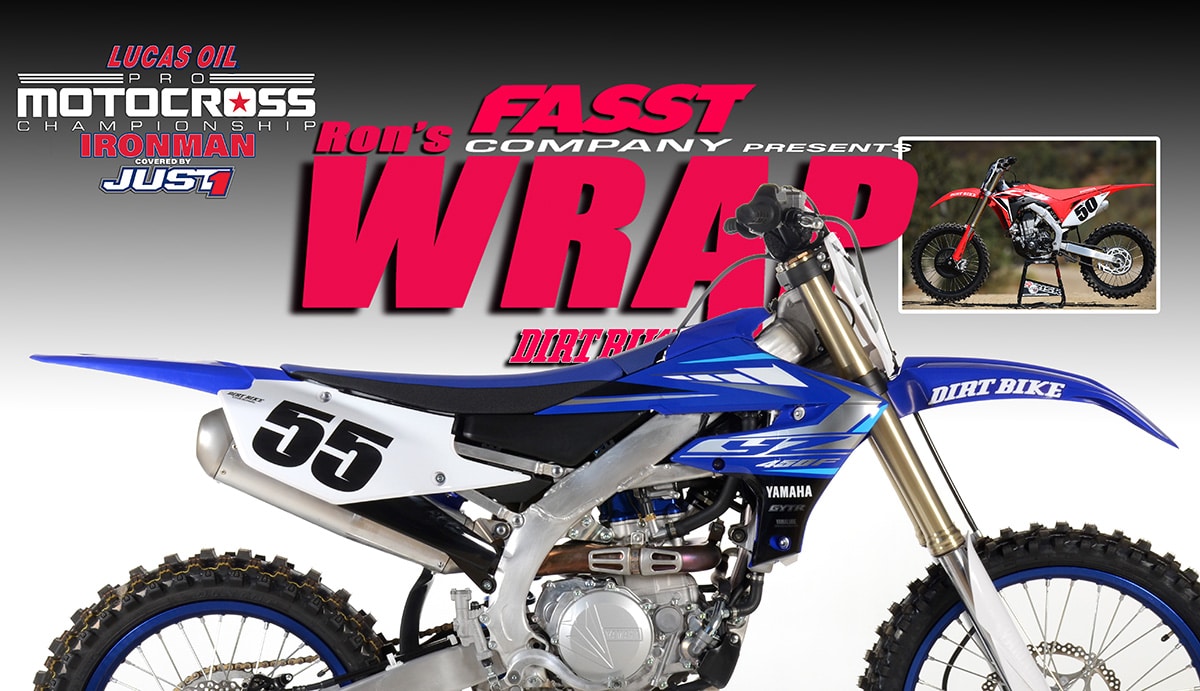 Last week we rode the 2020 Yamaha YZ450F for the first time. Of all the 2020 450 motocross bikes, this one has the most changes and is most likely to upset the status quo in the coming year. We rode the bike 10 days ago, but Yamaha asked us not to publish any riding impressions until today. That was fine with us. It allowed more time for testing and even racing. 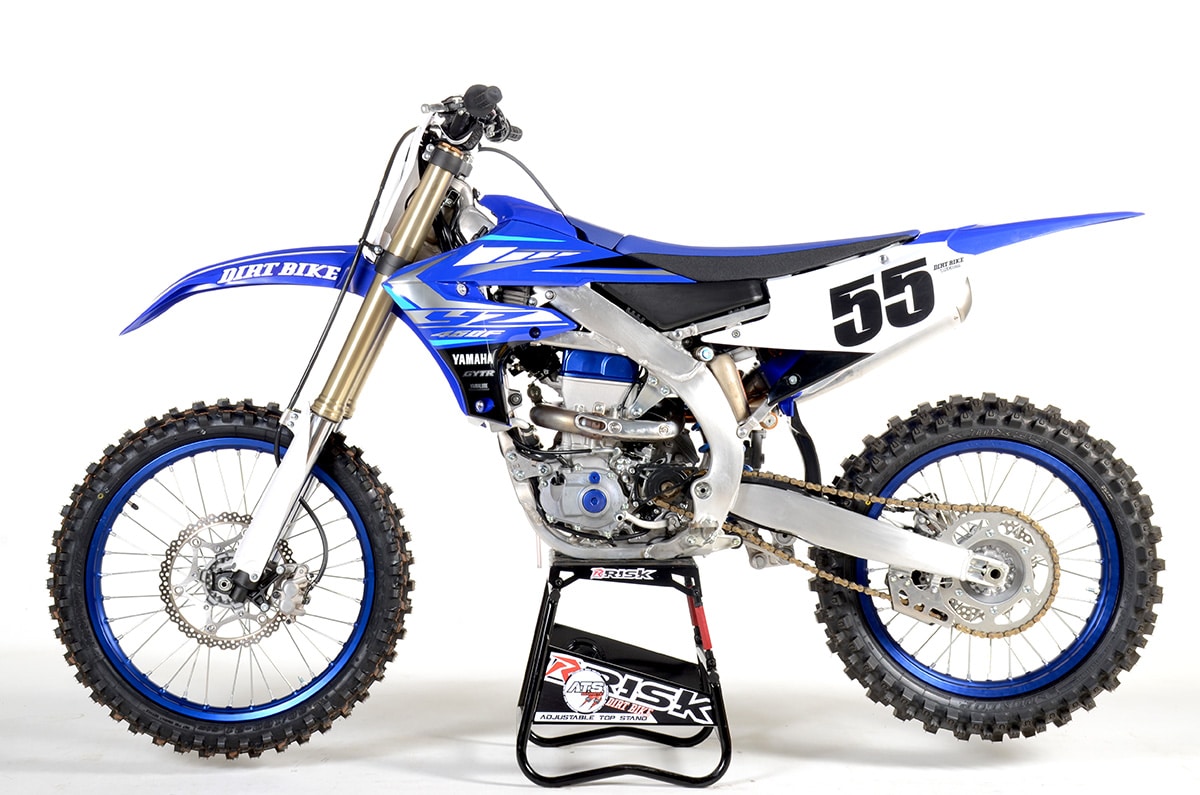 There are about 15 significant changes to the hard parts in the 2020 YZ450F motor.  The head is 10mm shorter from bottom to top, the cams are 14mm closer together and 6mm lower, and the head is 0.67 pounds lighter. The piston is also new and the compression ratio has been upped to 13.0:1. Yamaha also gave it a 1.5mm longer rod. This changes the angle of the rod, but not the stroke or displacement. The exhaust head pipe diameter is increased 3.2mm, there are changes in the air filter and a few other mechanical updates. There’s also a new rectifier/capacitor unit. 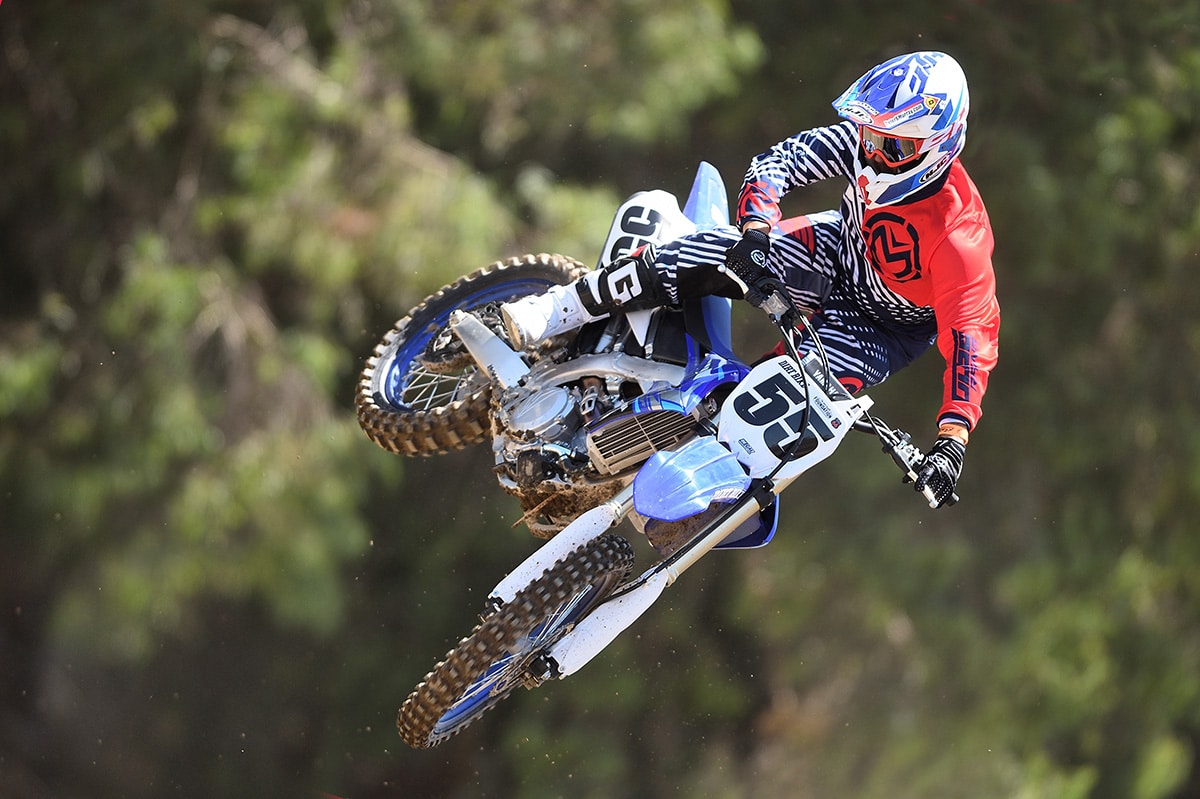 As for the chassis, the frame rails under the airbox and tank have a thinner wall on one side. Same thing goes for the rails under the engine. There are also minor changes to the shape and material of the motor mounts. More obviously, the handlebar mounts have been lowered 5mm and the standard position is now the second most forward of the four available options. These are changes that we made to our 2019 YZ anyway. We didn’t get the taller seat that we wished for, but Yamaha did, at least, make the seat foam 10 percent stiffer. 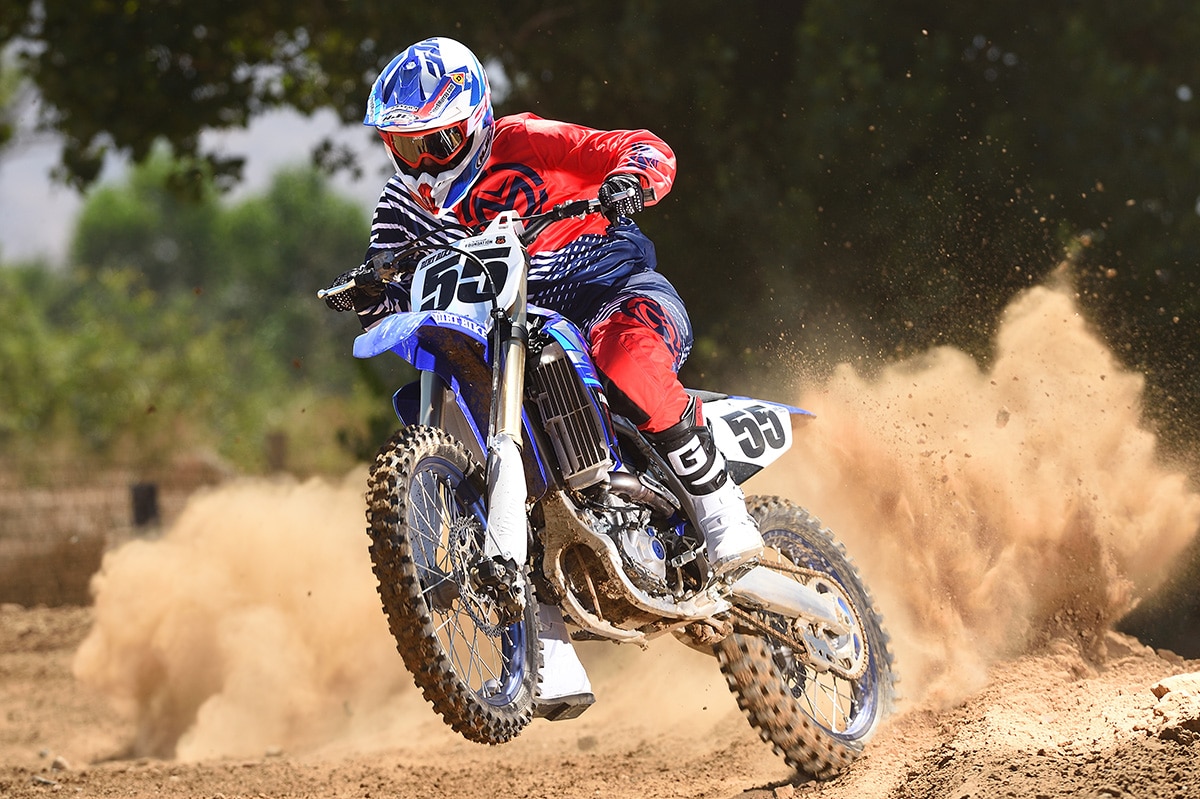 The main attraction is still a Mikuni-made fuel-injection system with a 44mm throttle body and Yamaha’s wifi tuner. This feature is still exclusive to Yamaha, but it’s only a matter of time before it spreads industry wide. The bottom line is that it takes all the extraneous junk out of the tuning process. You pull out your smartphone at the track and have at it, no laptop or dedicated electronic device needed. For 2020, the standard map is new, but all of the previous maps will still work. The 2020 model now allows allows on-the-fly swapping between any two maps of your choice.

The motor was already excellent. It was fast, smooth and easy to use. Now, it’s just a little sweeter.  When you open the YZ450F throttle it does exactly what you expect. There are no dead zones, soft spots or glitches, just smooth, even power. If you rev the YZ, it’s still very powerful, but it’s no longer the fastest of the 450s, which is fine with me. The stock mapping is excellent this year. In the past, the Yamaha testing department offered up some maps that they developed after the production settings were finalized. In general, we’ve like those better than the stock map or the options that were preloaded in the Power Tuner. This time, we never found anything we liked better than stock.

The YZ is still a big feeling bike that likes to be steered with the rear wheel. If you get the rear end to step out just a little when you enter the turn, the bike follows through on autopilot. It just takes a little confidence to initiate the turn. The Yamaha feels big because it is big. It still weighs 239 pounds on our scale without fuel. The reshaped motor mounts, the frame material and the front axle are all changes that will be apparent to Yamaha riders, but the bike will still feel like a YZ450.  The full test will appear in the November, 2019 issue of Dirt Bike. For a Dirt Bike video featuring the 2020 Yamaha YZ450F, click here. 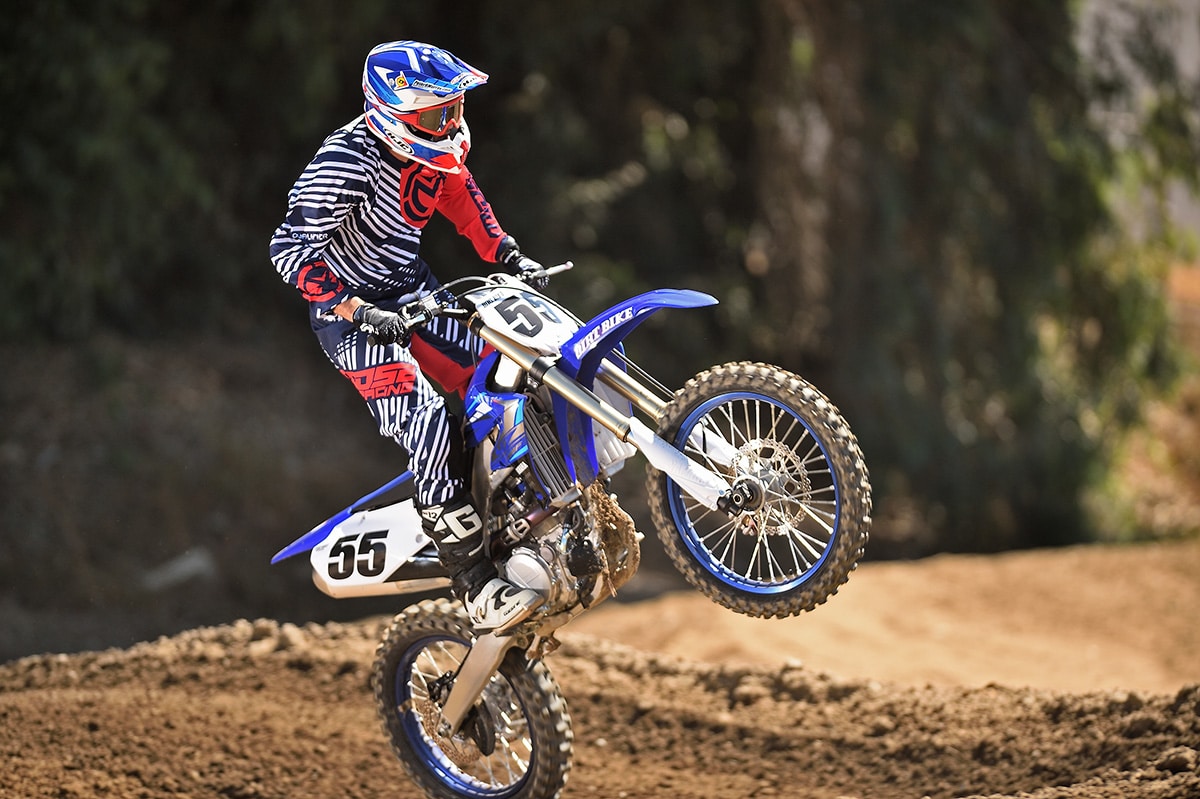 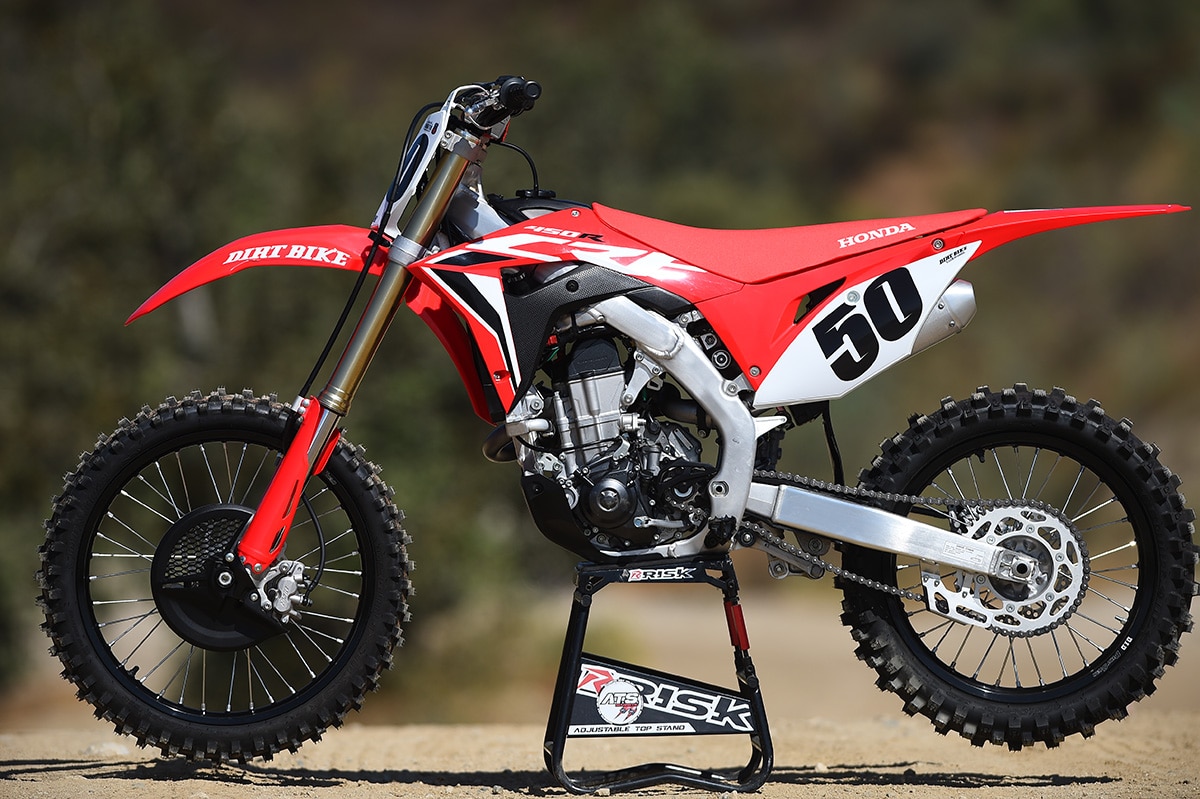 Another bike that could upset the cosmic order of things is the 2020 Honda CRF450R. We have had that bike for two weeks now. On paper, it doesn’t seem to be significantly changed. When you ride it, though, it’s apparent that Honda did some work. It’s all about the standard EFI settings. Honda still gives you three mapping options available through a handlebar-mounted switch. Those have changed and the results are dramatic. The bike feels outrageously powerful on the standard setting. It’s hard to believe there aren’t more mechanical changes. 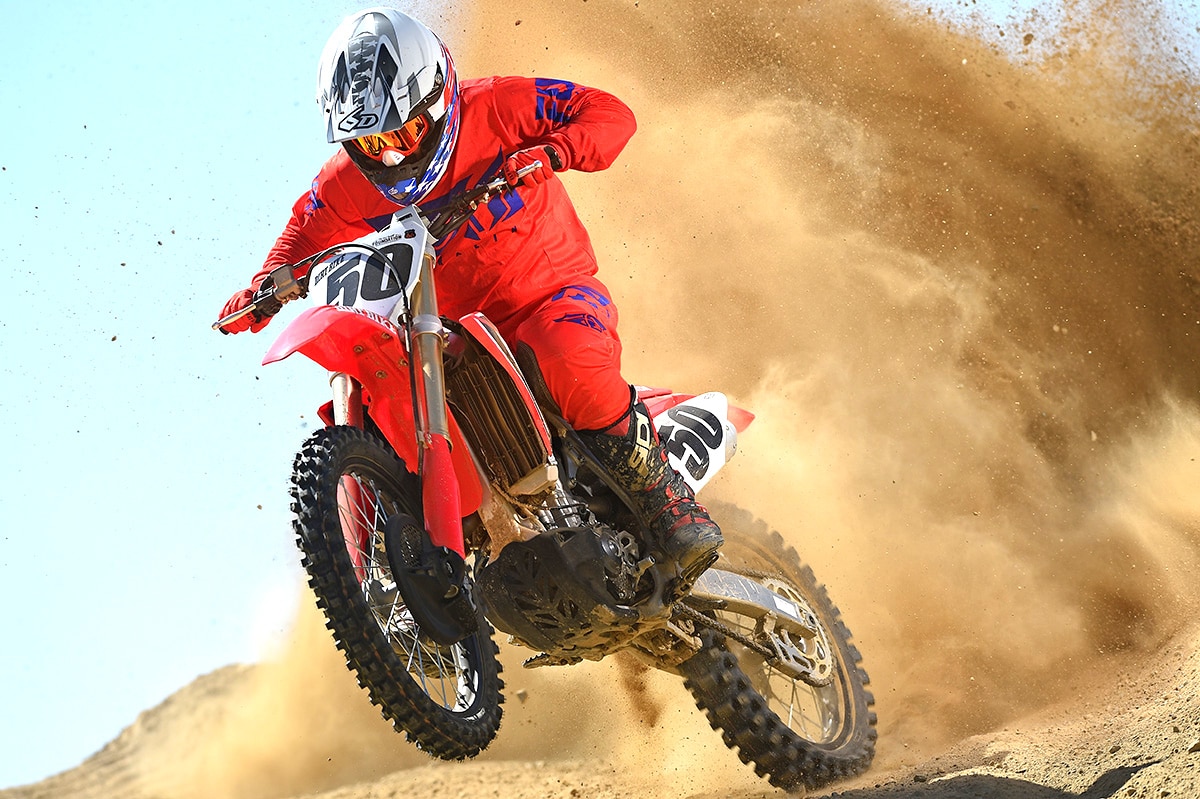 In our 2019 450 shootout, the Honda was already considered the most powerful and hard hitting of them all. It seemed like that last thing it needed was more power. But, so far, all our test riders like the new powerband better. The bike does feel faster, but the erratic, nervous response down low isn’t as hard to manage. We can’t wait to get all the bikes out on the track at the same time for our 2020 450 shootout. It starts next week.

THE RETURN OF SADDLEBACK?

You have to be pretty old to have ridden at the original Saddleback Park, but most of today’s riders have heard of it. The iconic motorsports track was conceived by Cycle World founder Joe Parkhurst, and went though several management regimes before it closed in 1984. The land was owned by the Irvine Company, which lost interest in anything that might present liability issues. In the early 2000s, there was a brief reincarnation of the motocross track at Irvine Lake, next door to the original facility, but that land is now under water. Now, after all these years, there’s hope that the original land will return as a motocross track. The Irvine Company has given the land to the Orange County Parks Department, which has a history of being friendly to outdoor recreation. A long time enthusiast and former racer named Jim Berry is spearheading the effort to bring the track back, and after a preliminary meeting with O.C. Parks, things are looking good. Stay tuned. 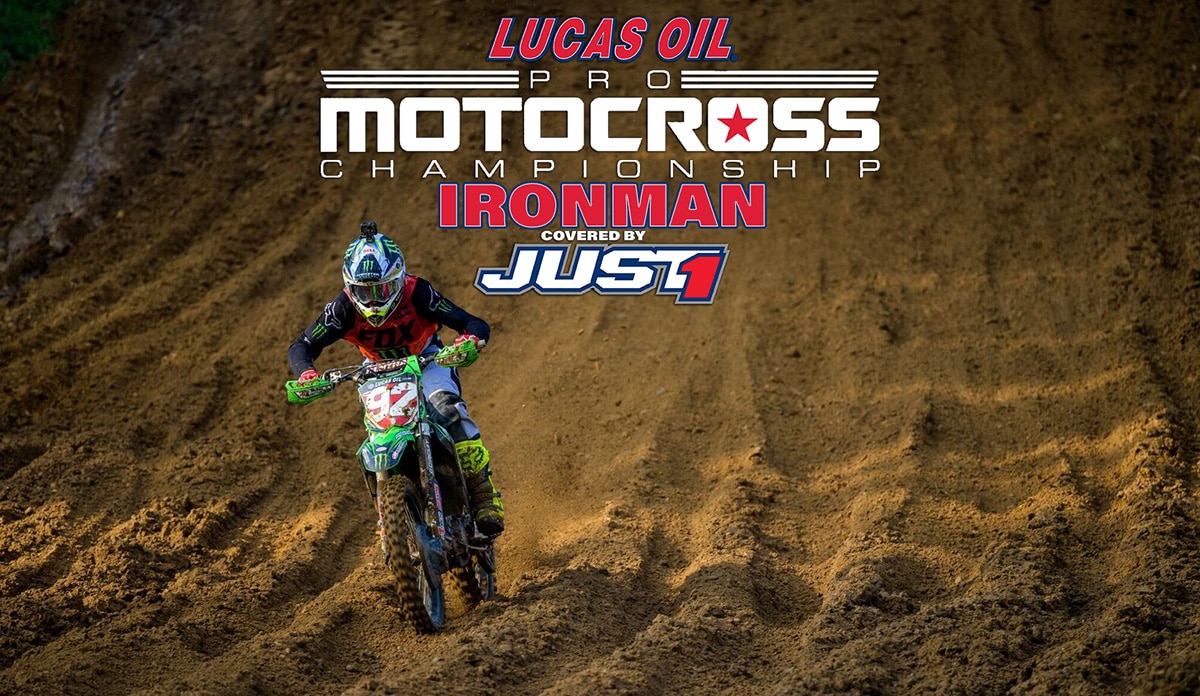 The final round of the 2020 Lucas Oil Pro motocross series as arrived. It will all wrap up at Crawfordsville, Indiana this Saturday. Eli Tomac clinched his third consecutive 450 outdoor title last weekend at Budds Creek, but the 250 class will be determined at the Ironman. Adam Cianciarulo has a 30-point lead going into the weekend, but we’ve been here before, haven’t we? A.C . lost the 250 West Supercross title to Dylan Ferrandis in the final Supercross of the year, after having led all season. Ferrandis is riding well, but he has to win both motos while Cianciarulo finishes with a score of 4-DNF or worse. Can it happen? Brandon Krause will be there for Dirt Bike, and his coverage will be here at www.dirtbikemagazine.com.