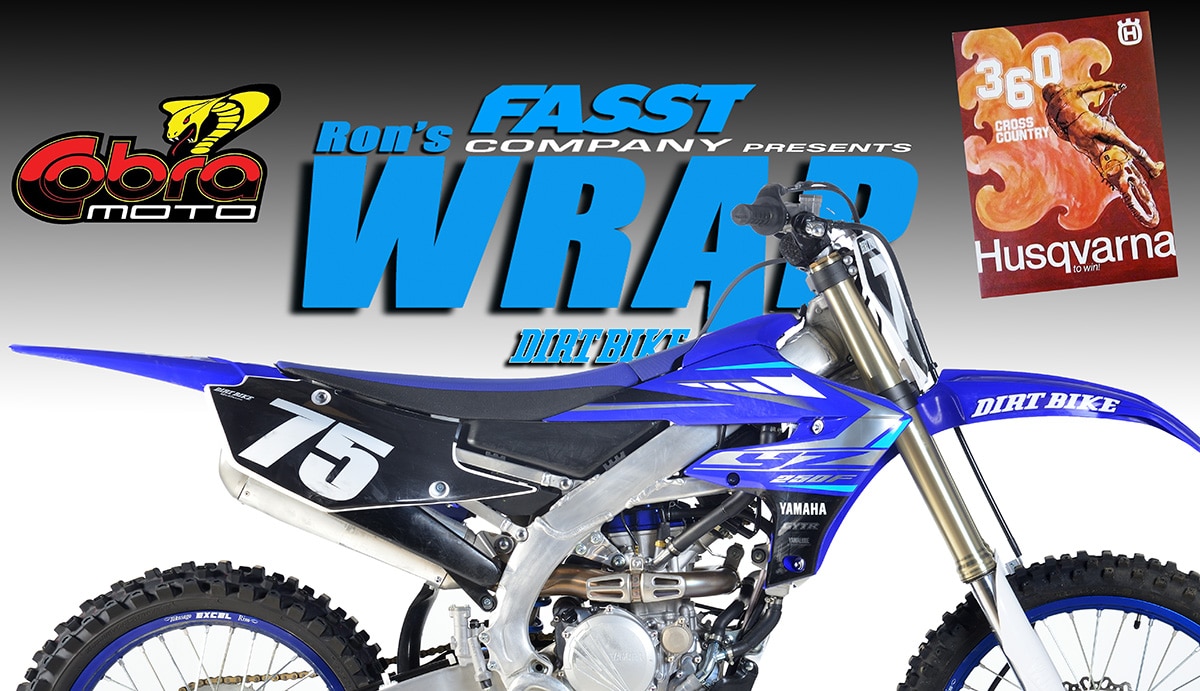 We are gearing up for the 2020 250MX comparison. Last year, the winner was the Yamaha YZ250F and this year it returns unchanged. The two bikes with the greatest chances of unseating the Yamaha are the Honda CRF250R, which found more low-end torque, and the Kawasaki KX250, which found more peak power. Both bikes look unchanged, but they have major engine changes.  Kawasaki, in particular, changed everything in the motor except for the gearbox and the fact that it doesn’t have electric start. 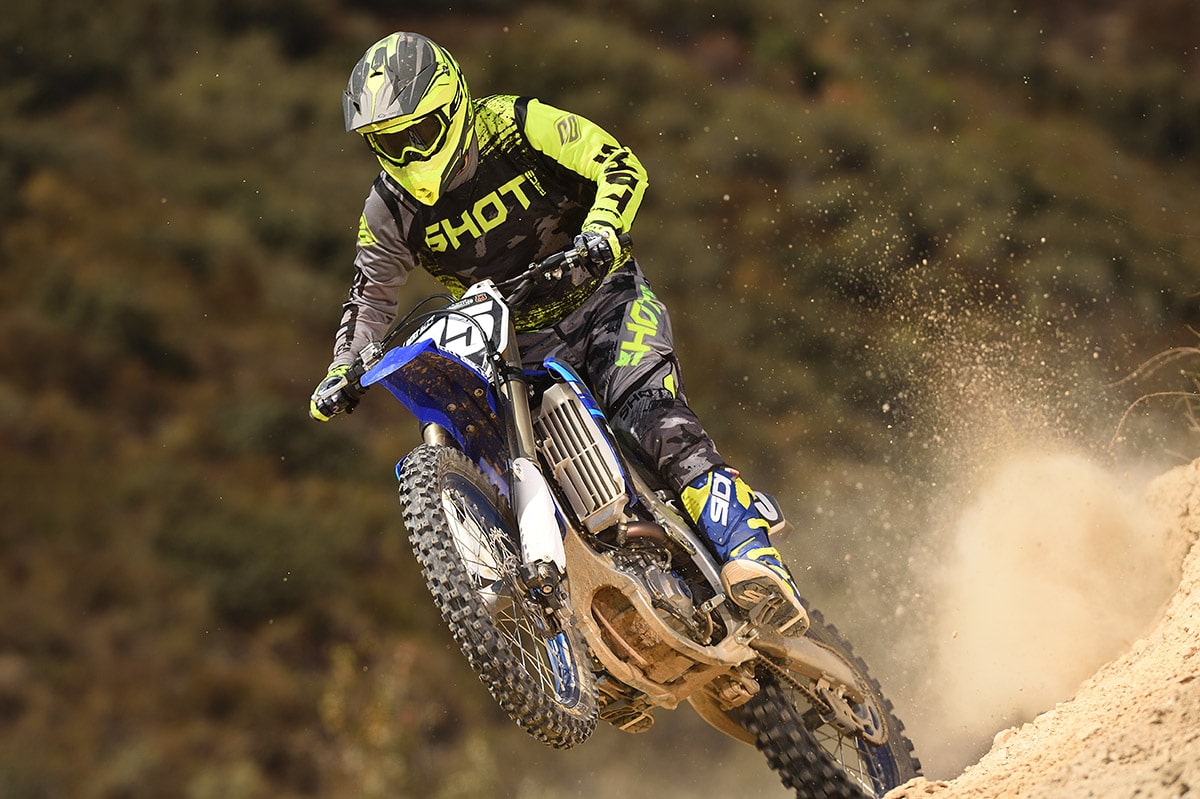 Yamaha’s 250 probably isn’t as powerful as either of those two, at least on the dyno. For some reason , the dyno has never appreciated the YZ’s motor. We do. On all the other 250s, you have to give it a big handful of throttle to make anything happen. The Yamaha responds well with half throttle. Dynomometers, as we generally use them, test the bikes at full throttle only. You don’t get any partial-throttle results unless you specifically test in that area. 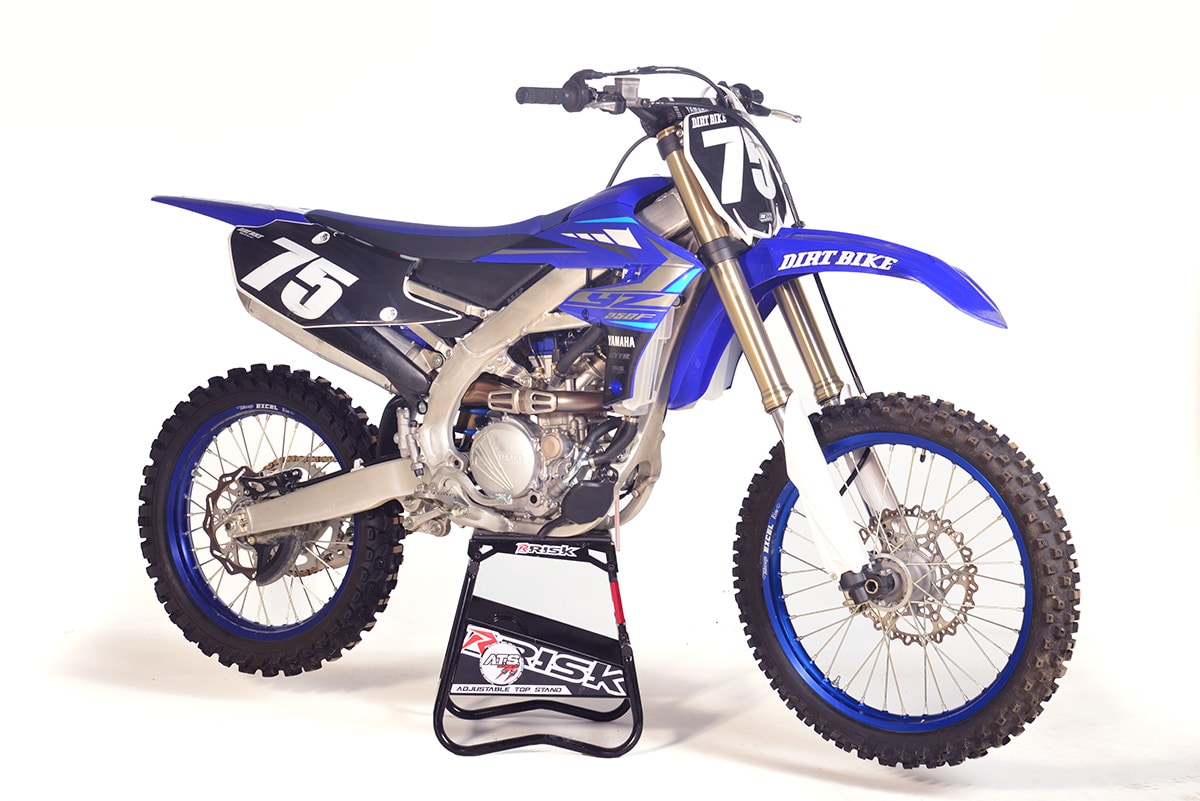 So far we still have to credit the Yamaha for having the best motor in the group, despite what the dyno says. On the other hand, the chassis for the Honda still has us in love.  It feels more comfortable for most riders. And of the three, the Kawasaki is the lightest. On our scale, it weighs 223 pounds, as opposed to the Yamaha and Honda at 227. You can feel it, and you can definitely feel the fact that the KTM and Husky are the lightest of all, around 218 pounds. We haven’t had all of them on the track at the same time this year because we are still awaiting the Suzuki. Spoiler alert: the Suzuki will not win the 2020 250 shootout. It was sixth last year and has no changes. The KTM and Husky also have a tough road ahead. They are light and fast, but were not as rider friendly as the Yamaha, Kawasaki and Honda in 2019, mostly due to suspension and chassis stiffness. The KTM and Husky don’t have big changes for 2020, but they still might surprise us. 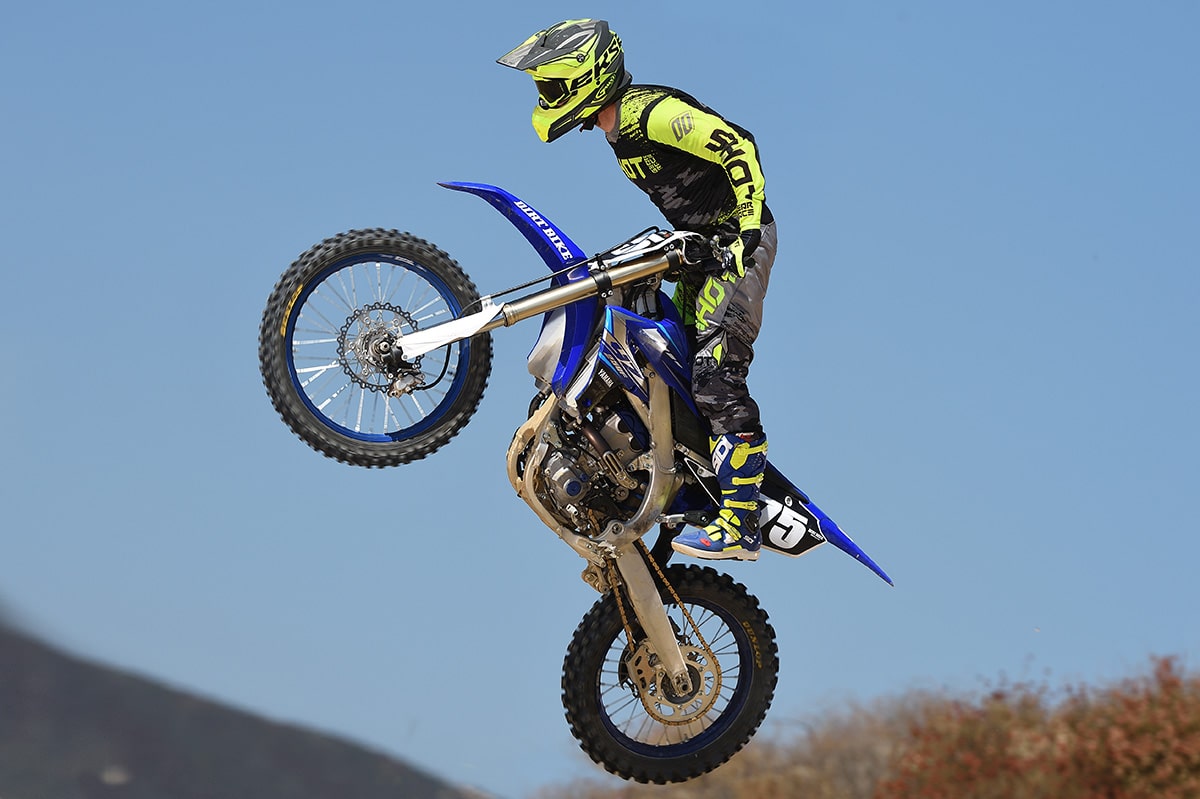 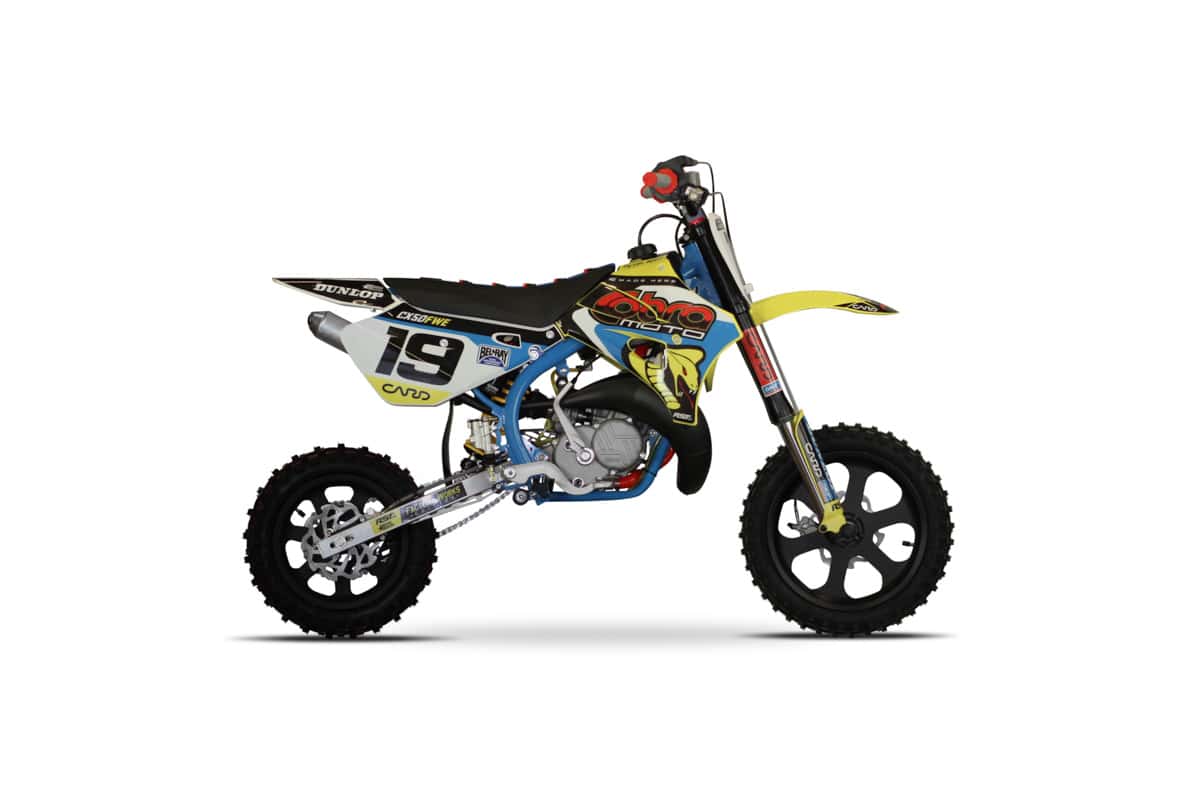 Cobra hasn’t yet revealed too many details on its 2020 line, but Sean Hilbert did tell us that it will include electric motorcycles and bicycles.

“Cobra will first unveil its incredible CX-E5 at the AIM Expo,” said Hilbert. “This is the company’s first battery electric motorcycle, and it is designed to compete in the future Electric Limited youth classes in AMA competition. This incredible minicycle features similar performance to the current Cobra 50cc internal combustion engine offerings, a quick-change battery, and several operation modes so parents can meter out performance according to skill level. This model will make its debut in the 2021 model year. Second on the agenda will be Cobra’s first entry into the e-bicycle market. The “Iron Man” model e-bike is designed as both a training tool for hard-core minicycle racers and as a race bicycle in its own right. We’re doing essentially the same thing in the e-bicycle market as we did in the minicycle market nearly 30 years ago. We’re forging new territory by bringing to market a high-end competition e-bike for youth racers. The Iron Man will be powered by Shimano’s DU-E7000 e-driveline and will feature full suspension, 24-inch wheels, and high-end componentry. It will be ready for the most demanding off-road conditions. The world will get a chance to see these models for the first time on Thursday September 26th at 11:00am EST at Cobra’s AIMExpo booth (#2415). “

Kawasaki is paying attention to the fact that people don’t want to spend over $10,000 for a dirt bike, and they have introduced some interesting new models. We were invited up north to try the new Kawasaki KLX230 dual-sport bike along with its dirt-only version and a reboot of the KLX300R. Jean Turner got to ride them all for us and you can see what she had to say about all three new Kawasaki models by clicking here. Here’s a sample of the type of riding that Jean got to do. I’m jealous. 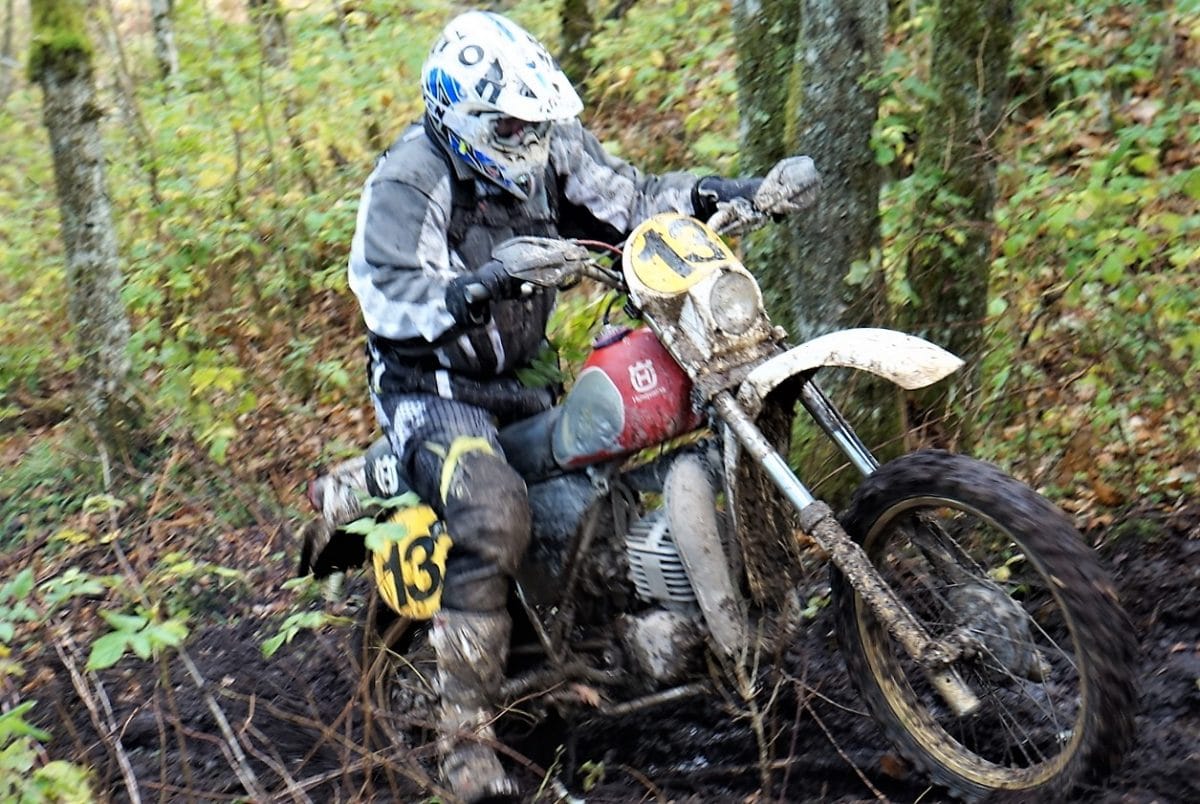 The Husqvarna Good Old Times Blog by Kenneth Olausson is always a good read. Here’s a short excerpt from this month’s story on the early ’70s:

Between 1969 and 1970 the Swedes doubled both production and sales over a period of only one year. There were two main reasons for this success – the growing American market and a surge in demand for off-road and desert machines, which represented a huge market. By now, Husqvarna had won their first Baja 1000 and Mint 400 races and, after two motocross world titles by Bengt Aberg, the brand name was highly respected in Europe and all over the globe. There is a wonderful story from 1974 when the Husqvarna factory rider Hans Hansson was to ride the famous ‘Onkel Toms Hütte’ enduro race in West Germany. “For the first time, I was to compete with the automatic gearbox 360-machine, which interested the technically minded Germans who wanted to know more about our concept,” Hansson said with a smile on his face. “They looked with astonishment as there was no clutch lever on the handlebars. Despite my poor German, I managed to explain the system and that the centrifugal power resulted in the engine drive. Later that night, one of the German technicians phoned me at the hotel asking me to wrap up my engine with a solid protection in case the power plant would explode. “At least, do have a sack around it,” he said. Some genius came to the conclusion that my engine was dangerous and would have caused havoc when parts started to hit the poor spectators. Well, I was allowed to start the race and all the bystanders survived! Sadly, I broke down and had to retire when the chain collapsed.”

You can read the entire Good Old Times Blog by clicking here.

We just put up the 2020 MX buyer’s guide. As usual, this is a work in progress and will be updated as more bikes come out.  And yes, I like making those GIFs. You can access all of our Dirt Bike buyer’s guides by clicking here.

See you next time