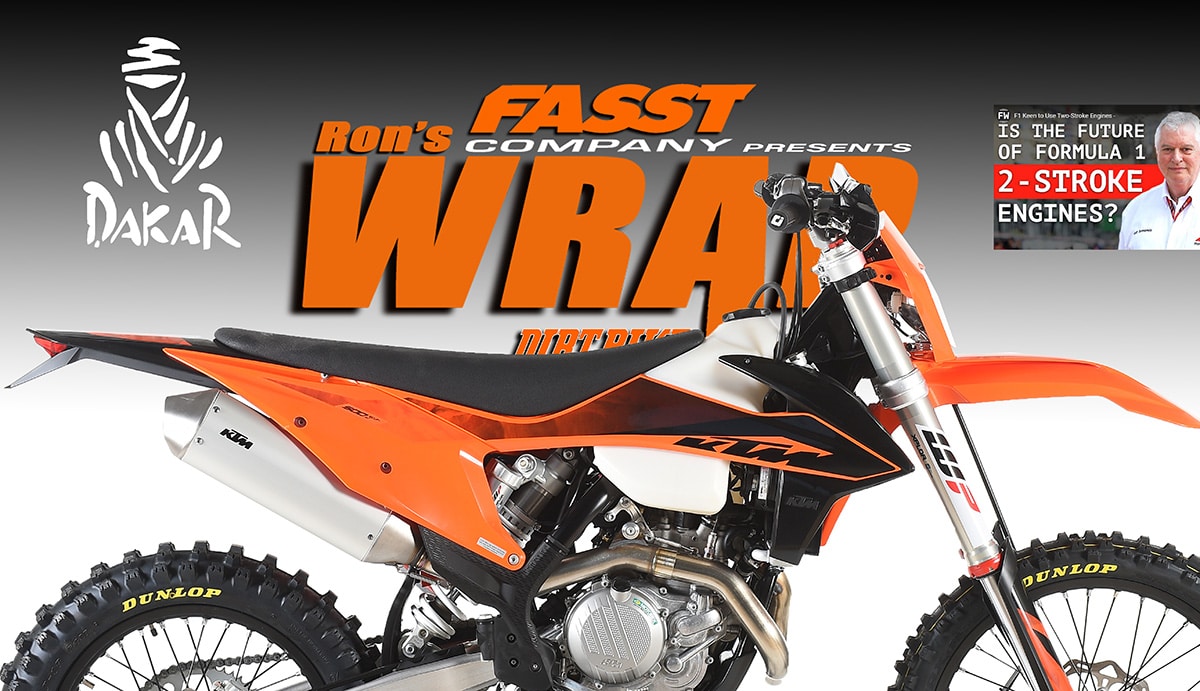 The 2020 KTM 500XC-W is finally here. It’s three years overdue, but we’re still happy. As Tom Webb reported in Wednesday’s Weekly Feed, we just got our first ride on the bike. So far, we love it. This is a dedicated dirt bike based on the 500EXC dual-sport. Back in 2017, KTM redesigned its dual-sport line and declared that they were so good, the company didn’t need to offer trail bikes any more. No one really agreed, especially not us. At the other extreme, they had the 450XC-F, which is almost the exact same bike as the 450SX-F motocross bike. KTM called it an off-road bike because it had an 18-inch rear wheel, a kickstand and a larger tank, but it was no trail bike.

In truth, it costs big buck to offer a legitimate off-road bike in the U.S. The EPA wants it to pass emissions and noise tests that are almost as strict as those for the street bikes. Historically, that affects performance in a bad way, and full-time off-road guys wouldn’t put up with that. In 2017, though, KTM really did do a good job with the dual-sport bikes. We simply wanted something without all the street junk. Apparently, they figured that by 2020, the pent-up demand for a legitimate off-road bike would justify the cost of homologating another version of the 500.  So the XCF-W is back. As it turns out, the dual-sport bike also was redesigned for 2020, getting the same frame, bodywork and engine updates that the motocross bike got in 2019. That includes a stiffer chassis and a new head that’s much more compact. If you look at the left side of the motor, you’ll also notice that the last vestige of a kickstarter is gone. Even though the kickstart lever itself disappeared long ago, there was still a provision for one–until now. The upside to that is the bike’s weight. It’s 235 pounds without fuel on our scale. That’s lighter than most of the 450 motocross bikes on the market, and far lighter than the dedicated off-road bikes from Japan (namely, the Honda CRF450X and the Yamaha WR450F).

Because the off-road standards are still somewhat looser than those for the street, KTM was able to get a little more performance out of the XCF-W. It makes decent power. That isn’t its strongest asset, though. What’s really stunning about the XCF-W is how flawlessly it runs down low. We expect any 500 (actually 510.4cc) four-stroke to  be throbby and prone to flame outs–especially one this quiet and lean. The KTM runs perfectly smooth down low. We don’t get it. Apparently EFI technology has come a long way. KTM also claims that the reed valve between the filter and the throttle body is partly responsible. 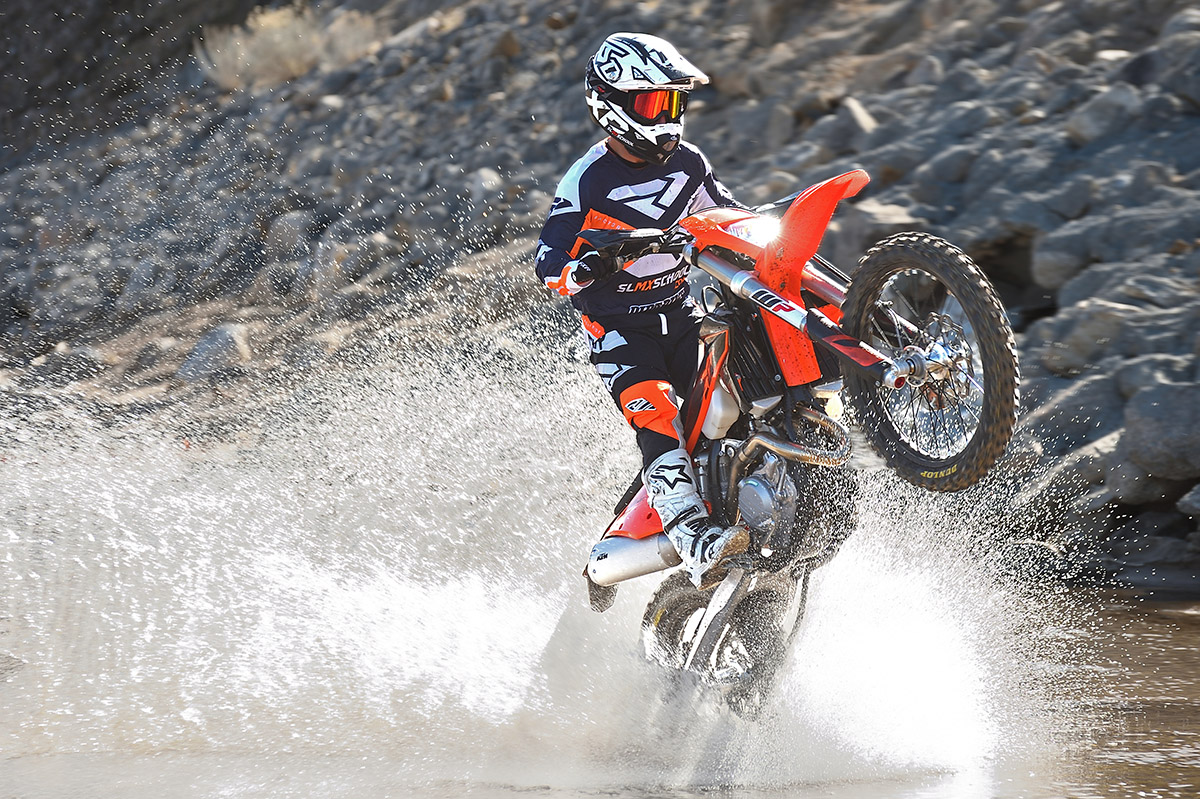 As I mentioned, horsepower isn’t the bike’s strong suit. You can’t call any modern big-bore four-stroke slow, but if you’re looking for the kind of power that a 450SX-F produces, you’ll be disappointed. It has a smooth, controllable surge of torque down low and smooth progression through the middle, but it doesn’t rev especially high. If you want crazy power, that’s what the 450XCF is for. This is the kind of power than make for a good trail bike you can ride all day. If you decide you want more power, be forewarned that it won’t be easy to modify the XCF-W. The muffler, the airbox and the EFI mapping are all tuned to work with one another. If you change any one of those things, it will run worse.

Likewise, the suspension is very trail oriented. It uses no-link PDS suspension in the rear and a WP XPLOR fork with coil springs up front. It’s soft. That’s a great thing for rocks and roots–anything in first and second gear. It’s not so great for whoops or jumps. Once again, this is exactly what the bike is designed for.  As for the price, it’s $10,999. That’s only $400 less than the dual-sport version. The full test will be in the April, 2020 issue of Dirt Bike.

CONGRATULATIONS TO RICKY BRABEC AND AMERICA! 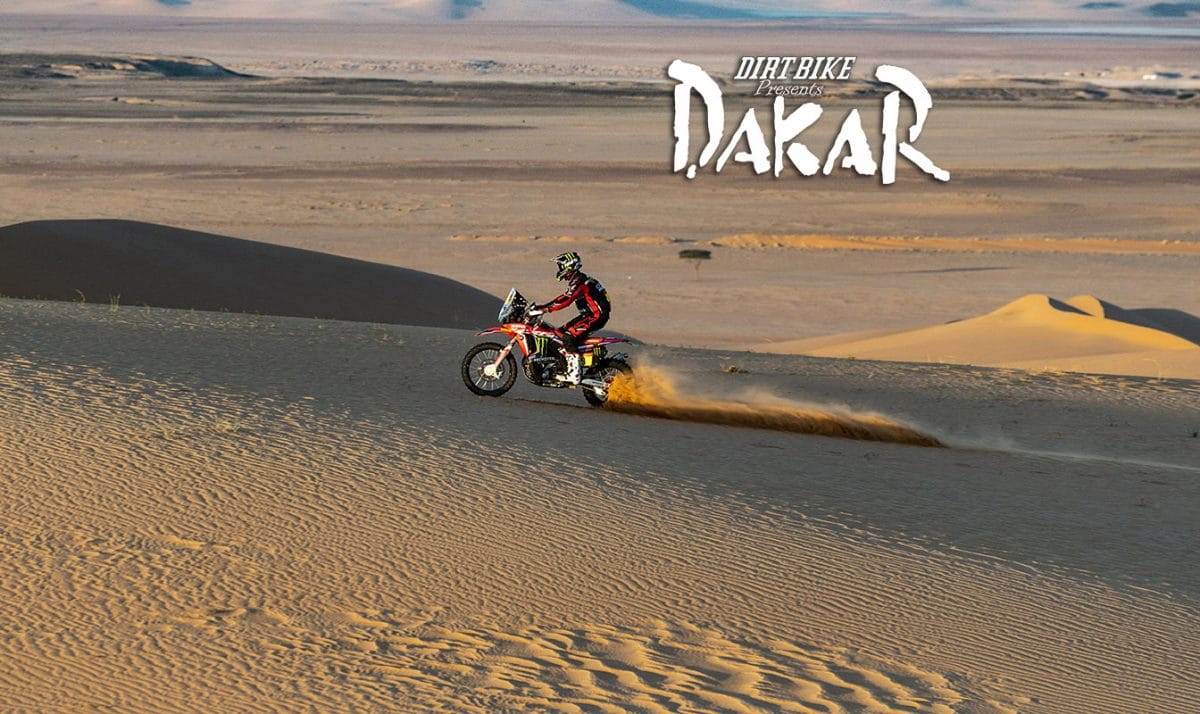 Today, Ricky Brabec finished the 12th stage of the Dakar Rally and became to first American to win overall. This also marks the end of KTM’s 18-year win streak, and Honda’s first win since Gilles Lalay won in 1989 on a NXR800 V-twin. Sadly, the celebration was restrained because of the heart-breaking death of rally icon Paulo Goncalves on stage seven. We congratulate Ricky and the Monster Energy HRC team, and send our deepest sympathies to the friends, family and fans of Paulo. To review the entire 2020 Dakar rally, click on the image above. 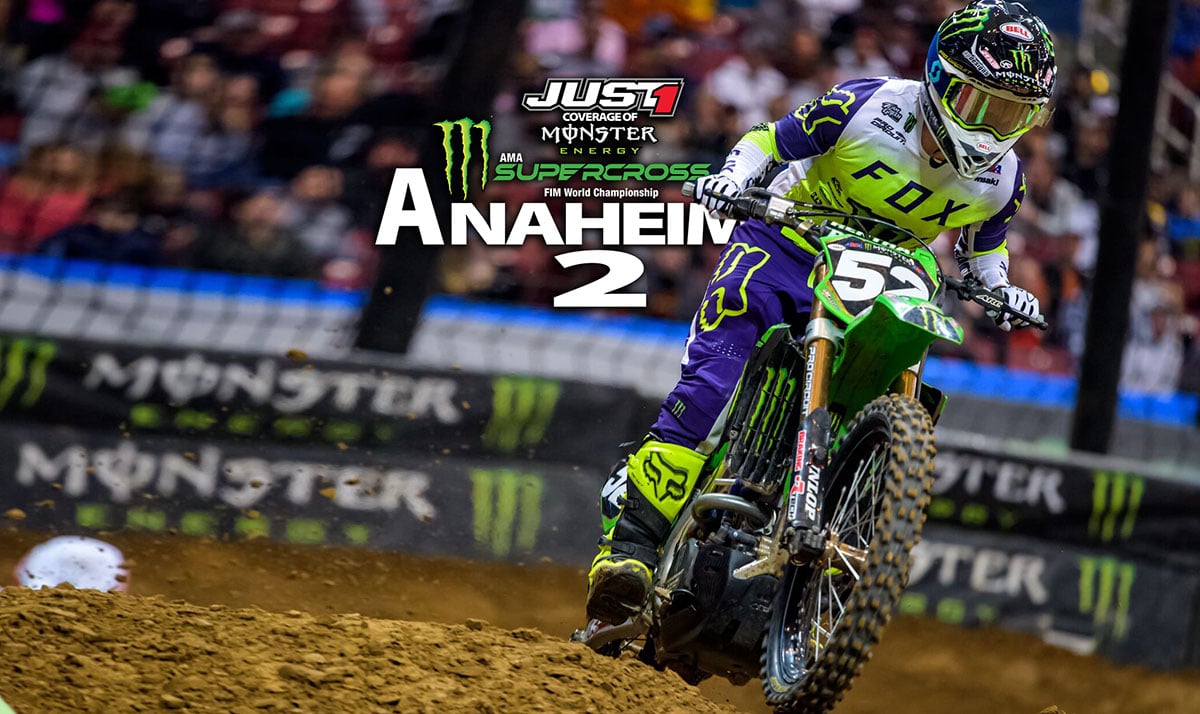 Anaheim 2 is tomorrow, and it should be good. There are honestly seven or eight riders who could win the 450 class and five in the 250 ranks. Usually by the third race in the season, we already have some heavy hitters who have crashed out and been injured. Not this time. We still miss Marvin Musquin in the 450 class, and Cameron McAdoo is now out of the 250 running, but both classes are still very deep. For extended coverage of A2, including qualifying, click on the image above.

ON BOARD WITH ADAM CIANCIARULO

There’s been some talk this week of Formula 1 auto racing switching to two-stroke motors. The reason, believe it or not, is because they believe that two-strokes can be even cleaner that Formula E (electric) auto racing. Apparently, the environmental impact of manufacturing lithium Ion batteries is so severe that future two-strokes look good by comparison. F1 big wig Pat Symonds stated: “We need to look at what our future power units will look like. At F1, this is what we are engaged in at the moment. I’m very keen on it being a two-stroke. Much more efficient, great sound from the exhaust, and a lot of the problems with the old two-strokes are just not relevant any more. Direct injection, pressure charging and new ignitions have all allowed new forms of two-stroke engines to be very efficient and very emission-friendly. I think there’s a good future for them.” 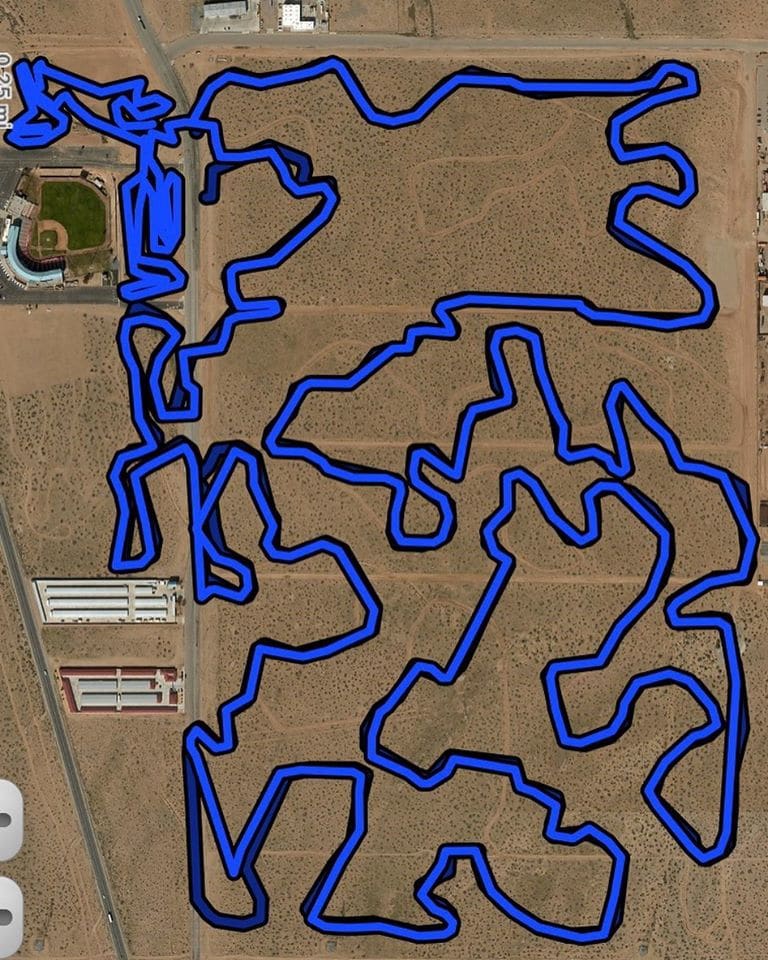 The So Cal MC Adelanto GP will be the first race of the 20920 NGPC series and it starts tomorrow. The track this year will not go inside the stadium, although they say bleachers will be set up around the water jump and the endurocross sections. Go to www.ngpcseries.com.

KAILUB RUSSELL TO RETIRE FROM GNCC AT SEASON END