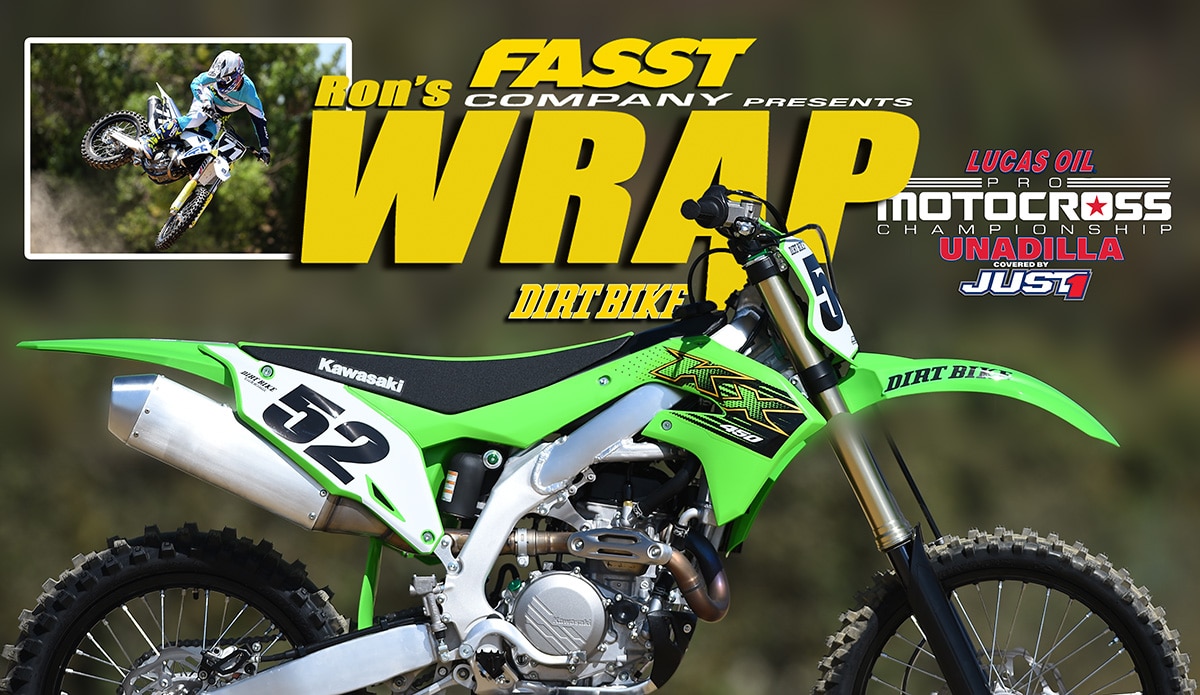 In 2019, the Kawasaki KX450 was the winner of the Dirt Bike 450 motocross shootout. Now, the 2020 model has arrived and we have already logged some time on it in preparation for this year’s shootout. It might be able to repeat, but it faces some significantly improved 450s with no changes of its own. The new KX is mechanically unchanged. Only the graphics and the color of the numberplates have changed. There’s more green than ever. 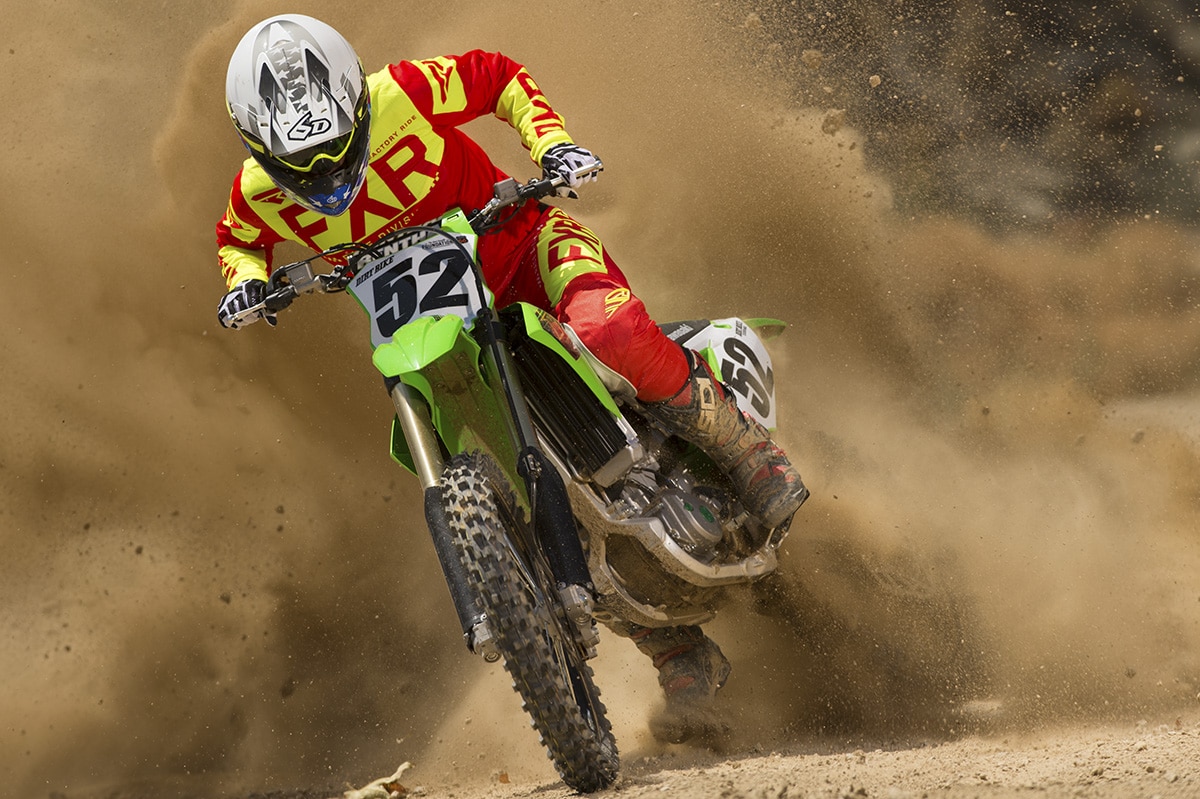 It’s okay that the KX didn’t change. It was completely new last year. It got a new electric-start motor with a hydraulic clutch, a coil-spring Showa fork. The valve train is very different from other 450s. It’s a DOHC design with finger followers between the cams and the valves. This has become a very common design among 250s, but the KX is the only 450 set up like this. The KTM, Husky and Honda all have single cams, while the Yamaha and Suzuki are double overhead cam designs with traditional buckets. 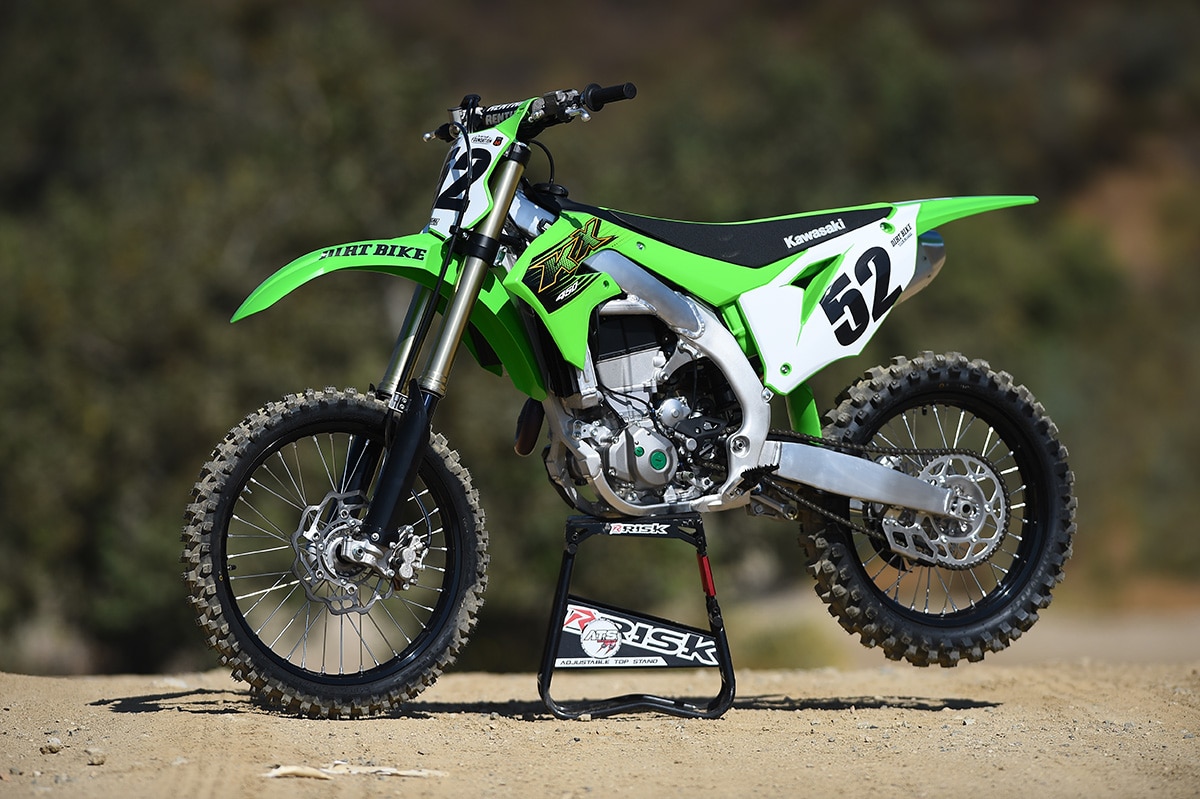 The bike also got a new frame and bodywork. When it was all put together, the KX was the lightest of the Japanese 450 motocross bikes at 333 pounds–that’s on our scale without fuel in the tank. The Honda, Suzuki and Yamaha are all close to 240 pounds on the same scale. The KTM and Husky, on the other hand, are abut 222. 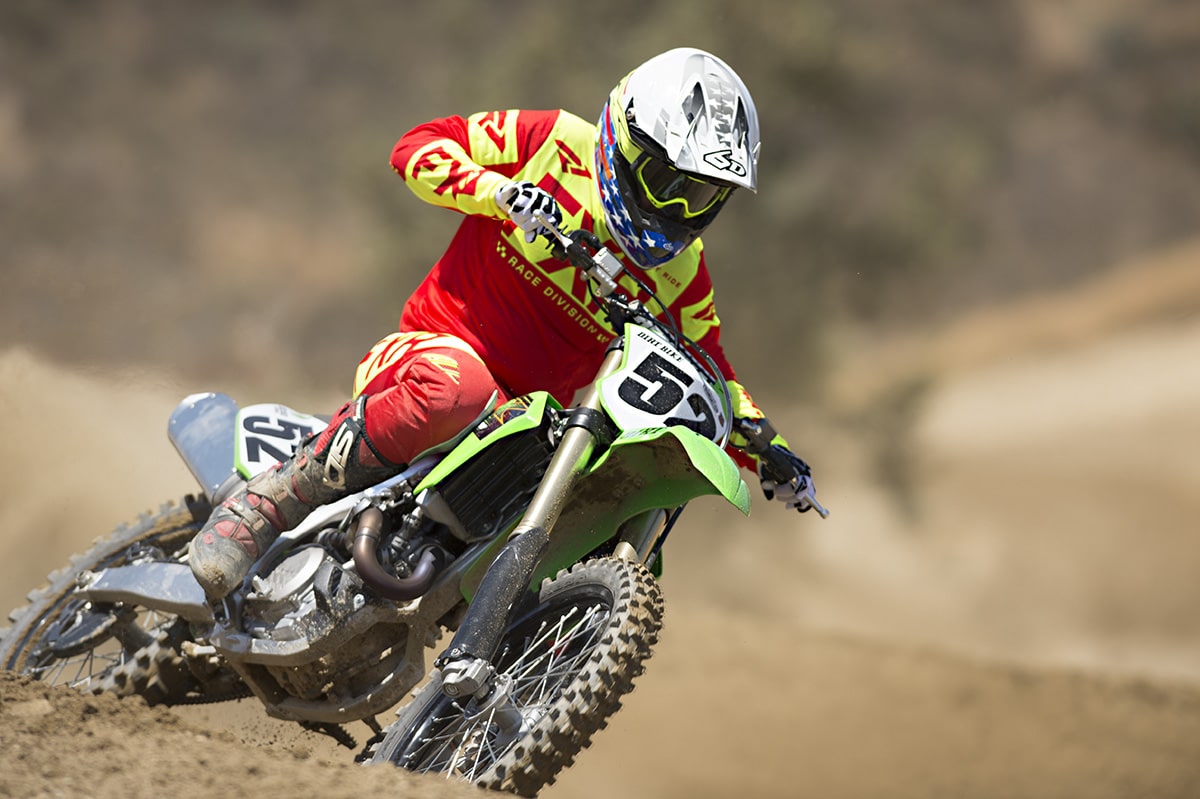 The 2020 KX450 runs exactly like the 2019 model. It was never the fastest bike in the class. Just the opposite; it has much less peak power than any of them (aside from the Suzuki). What makes it so good is the fact that it makes the most torque below 6000 rpm.  The power delivery is smooth and the bike is easier to ride than anything in the class. Experts and pros can puff out their chests and claim to never ride below 6000 rpm, but we do. We can’t say that the KX will win again, though. None of the bikes have massive changes, but we’ve heard great things about the 2020 Yamaha YZ450, which we will ride for the first time on Tuesday of next week. We also know that the Honda has a very different feel thanks to a remapped motor. We have already ridden the KTM and Husqvarna 450s, which have more snap down low than they did in 2019. It will be a fun shootout. 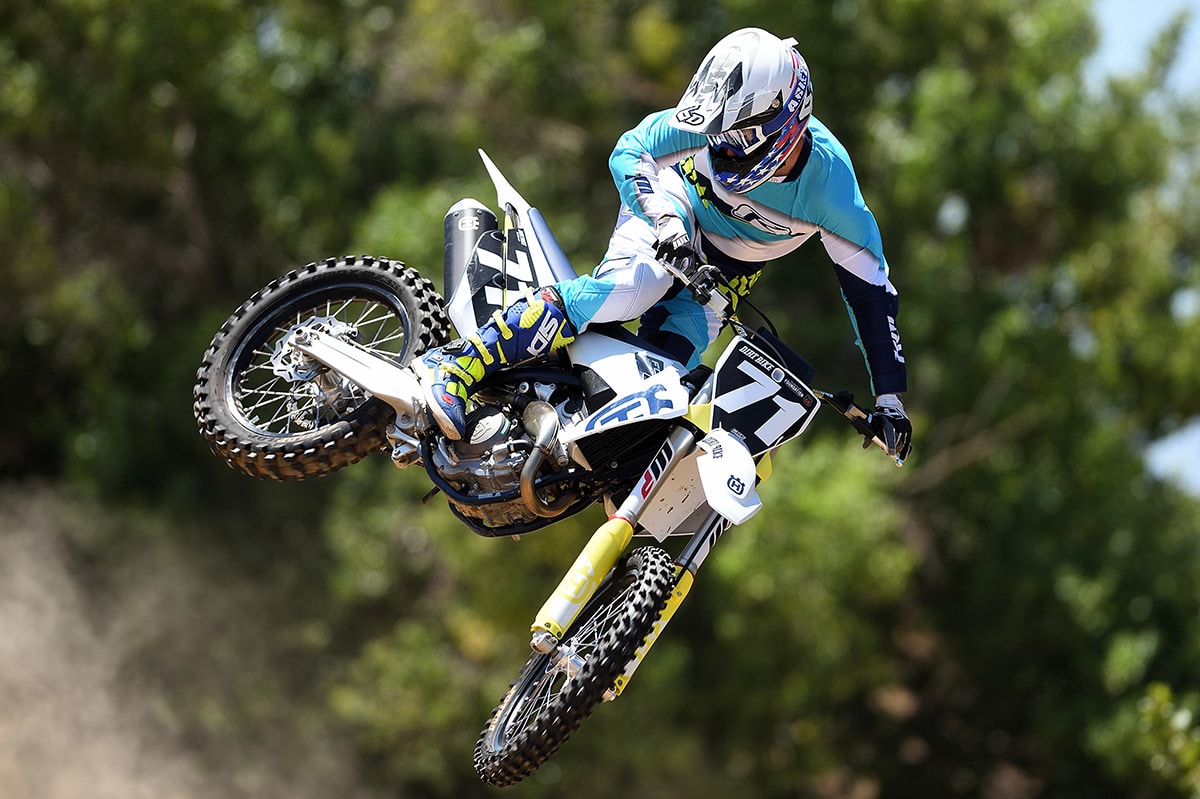 The new bikes are coming in quickly. Last week we got to ride the 2020 Husqvarna FC250 for the first time. This isn’t a significantly changed model. It’s still very similar to the KTM 250SX-F, which means it’s fast and light. The weight without fuel is 219 on our scale. The year the suspension is different (with Husky-exclusive settings that were developed independently from the KTM’s) and the bike comes with an extra airbox cover that is vented. 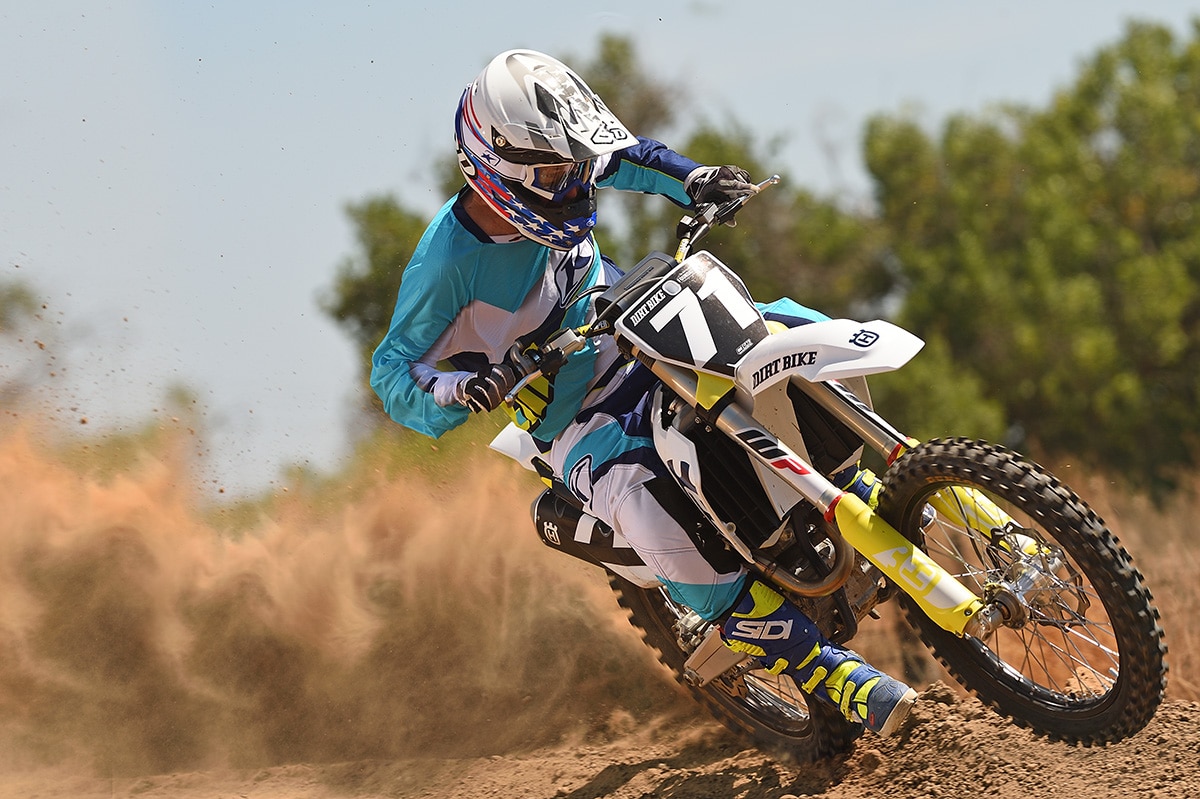 With or without the vented airbox cover, the Husqvarna FC250 is still a screamer. It’s no longer fair to say the Husky has weak low-end power. According to the dyno results from last year’s 250 MX shootout, the FC250 is right in the hunt in terms of torque, simply because the other 250s have lost power down there in their attempt to be more like the Husky and KTM. The airbox cover clearly adds a little power across the board. It isn’t a massive increase, but there doesn’t seem to be any drawback–it gains a little bit at the very bottom and a little bit way up on top. It isn’t even much noisier, although if it starts raining, you should have the standard cover handy. As always, the Husky has a multi-function switch on the left side of the handlebar that allow you to change from map one (allegedly the mild map) to map two. The switch also allows traction control and launch assist. We were hoping that Husqvarna engineers would have developed a bigger variation between map one and map two, but they’re still very similar. Map two delays peak power by a tiny amount, although we still wouldn’t really call it a more aggressive delivery.  The full test of the 2020 Husqvarna FC250 will be in the October print issue of Dirt Bike. 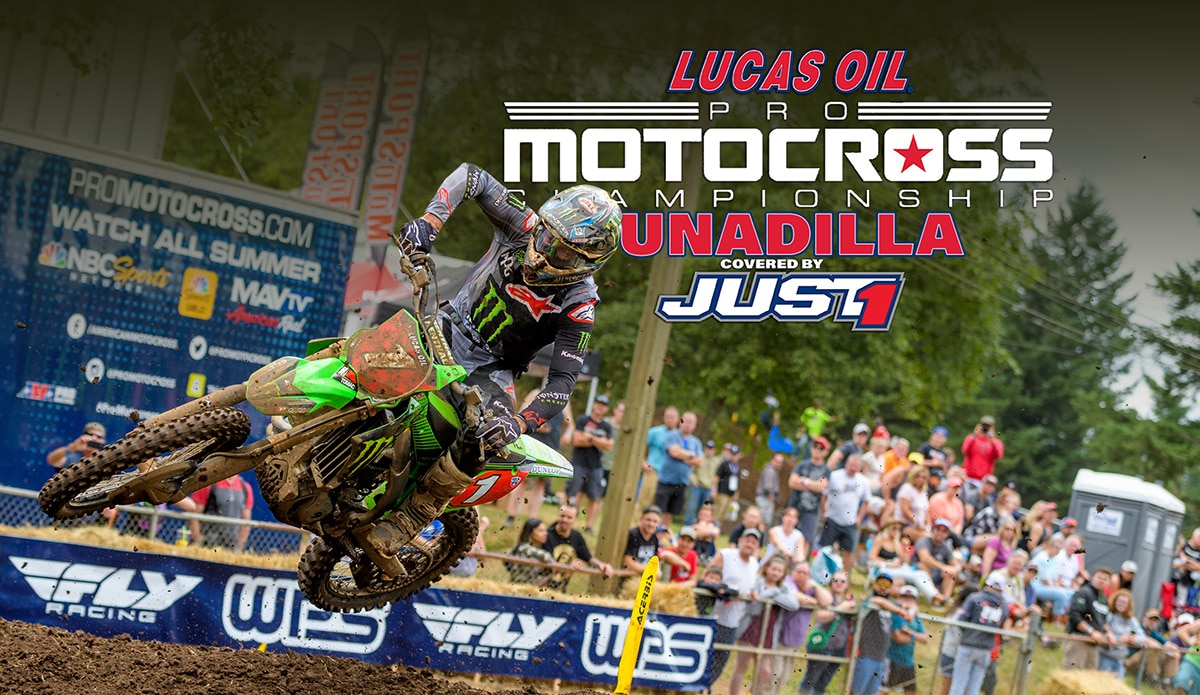 Unadilla is this weekend as the Lucas Oil Pro Motocross season enters the final stretch. Eli Tomac now has a 50-point lead, which means he could sit out a race and still be in the lead. Tomac is currently on top of his game, so it’s unlikely that anything will stand in his way in the final three rounds. Kawasaki also in front of the 250 class with Adam Cianciarulo, but he’s under pressure from Dylan Ferrandis, who might be riding a bit faster right now. Win, lose or draw, Kawasaki has already announced that Cianciarulo and Tomac will be teammates in the 450 class in 2020. Joey Savatgy is out, but might have a  place waiting from him at Honda, where Cole Seely is out of a job. For live results of this weekend’s action from Unadilla, come back to dirtbikemagazine.com.

The U.S. Motocross of Nations team for Holland will be announced at Unadilla this weekend, but we already know that Eli Tomac and Adam Cianciarulo will not be included. Kawasaki  sent out a press release stating that the team has asked not to be involved. The French team, which has won five years in a row, is official with Gautier Paulin  and Romain Febvre, both riding Yamaha YZ450s, and Tom Vialle on a KTM 250SX-F. Dylan Ferrandis asked not to be included and Marvin Musquin seems to be eternally excluded.  On a side note, there’s talk that the 2022 ISDE might be held in Ohio. More on that coming soon.