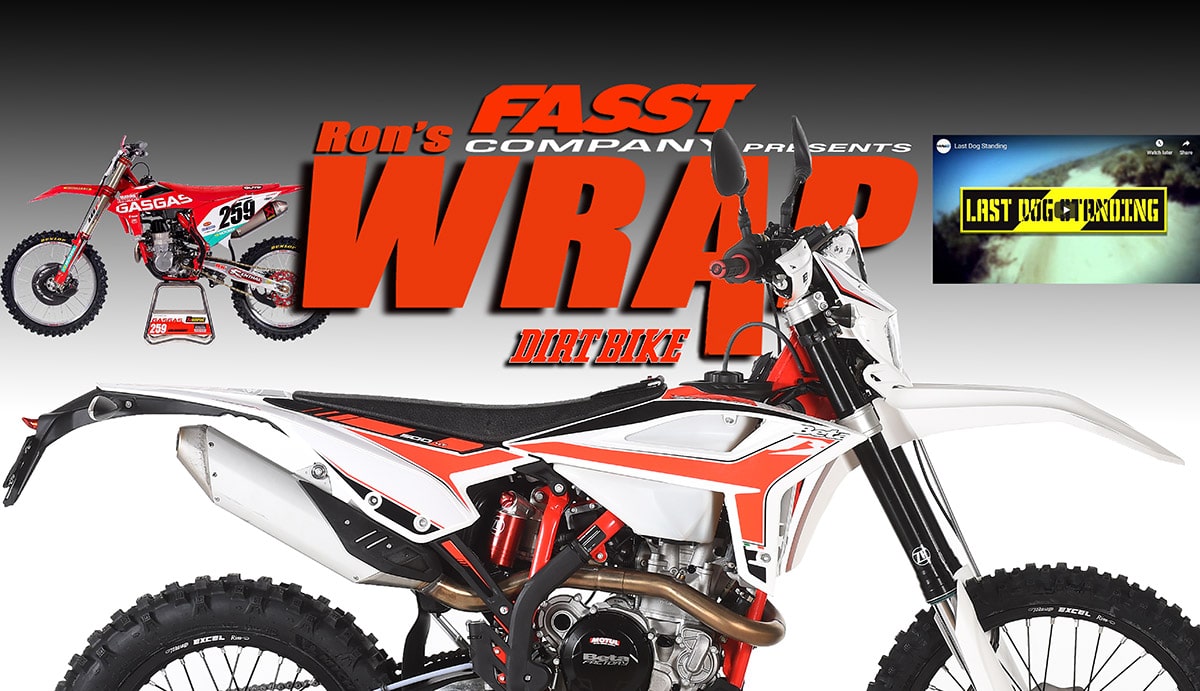 Beta redesigned almost everything in its off-road/dual-sport line for 2020. We have had the 500RRS dual-sport bike for several weeks now and we’re amazed. It’s one of the best off-road 500s that we’ve ever tested, and it’s fully street-legal. Here’s the basic run-down: There are four dual-sport bikes built on the same platform. The 350RR-S, 390RR-S, 430RR-S and 500RR-S differ only in displacement. They have double-overhead-cam motors, steel frames and Sachs suspension.  The fuel tank is slightly larger and the whole bike has a new look.  The motor doesn’t look that different from the previous one, but Beta engineers moved the crankshaft rearward and the clutch upward to group the big rotating masses closer to the center of the bike. The 500 motor actually displaces 478cc, just like before, and has separate compartments for the engine oil and gearbox oil. It’s a six-speed with fairly tall overall gearing.

The Beta 500RR-S passes all the tests to be street-legal in all 50 states. Beta followed the rules, but those rules might not be the same as those that Honda, Yamaha or even KTM are expected to follow. The 500RR-S isn’t nearly as restricted as a Honda CRF450L or a KTM 500EXC. It might be quiet by dirt bike standards, but it’s still much louder than dual-sports from bigger companies. That gives Beta a big advantage in performance. It’s a powerful motorcycle. It’s the fastest dual-sport bike available short of big maulers like the KTM 690 Enduro and the Husky 701. It’s also more powerful than any full-fledged off-road four-stroke. This does NOT include closed-course competition off-road bikes like the Honda 450RX, the Yamaha YZ450FX and so forth. Those bikes are thinly veiled motocross bikes. 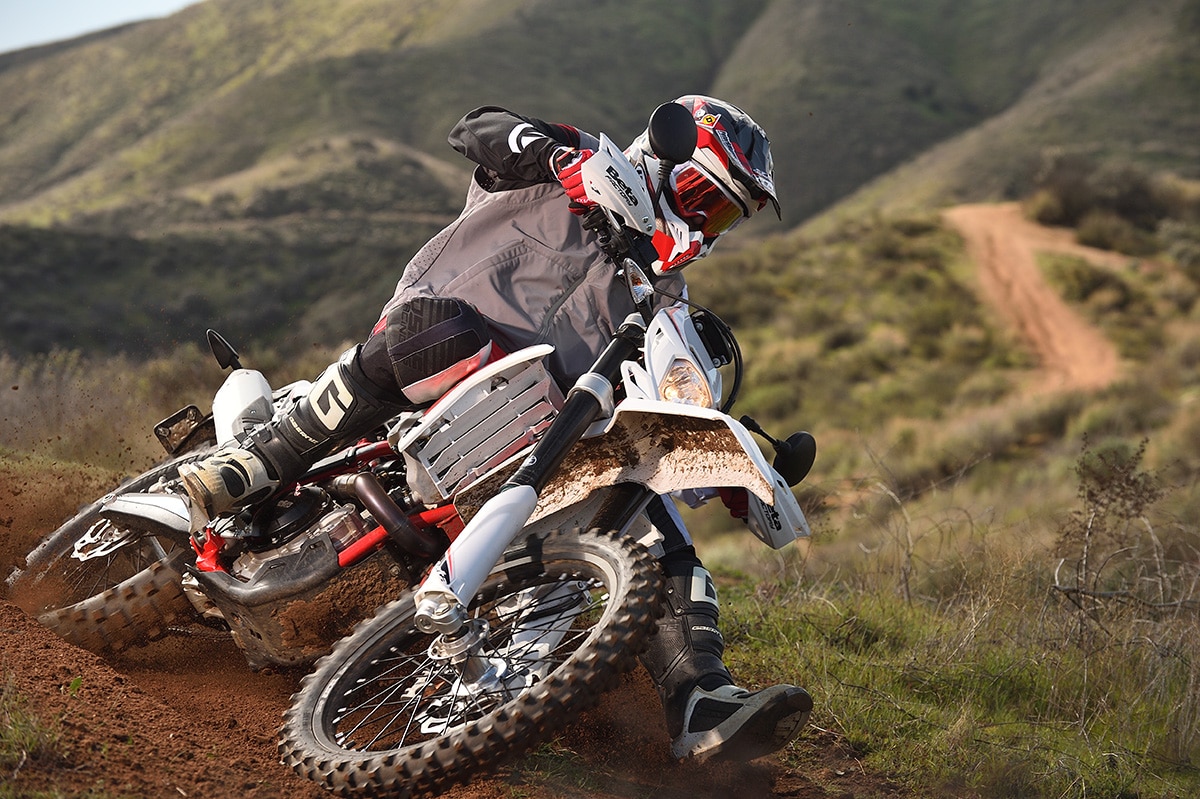 The 2020 500RR-S is 250 pounds on our scale without fuel. That’s a couple of pounds lighter than the 430RR-S we tested last year. We’ve often praised KTM for being the light-weight champion of the dual-sport world because the 2019 500EXC we tested was 244 pounds. It’s worth pointing out, however, that this was weighed with stock tires. The Continental TKC80 tires on the KTM are a good 5 pounds lighter than the Beta’s Michelins. As far as off-road performance, the Michelins are far superior. Once you put the same rubber on the two bikes, the weight difference is indistinguishable.

Beta uses Sachs suspension components at both ends. The fork action is genuinely plush. It has a cushy feel at low speed, yet doesn’t dive or bottom excessively when it’s time to go faster. Beta set it up on the soft side, which is appropriate for a dual-sport bike. If you ride fast and hard in real off-road environments, you’ll have to stiffen it up. As it is, the bike is well balanced and soft.

The components are pretty good. We love the Trail Tech Voyager GPS, which comes stock. The hydraulic clutch is excellent and so are the Nissin brakes. The blinkers and mirrors, however, aren’t. They break almost immediately. The MSRP for the bike is $10,899. Yes, that’s a lot of money, but in case you haven’t noticed, that’s what good motorcycles cost. The Beta shouldn’t be cheap. The May, 2020 print edition of Dirt Bike will have a full test of the 500RR-S, and look for a dual-sport shootout shortly afterward. 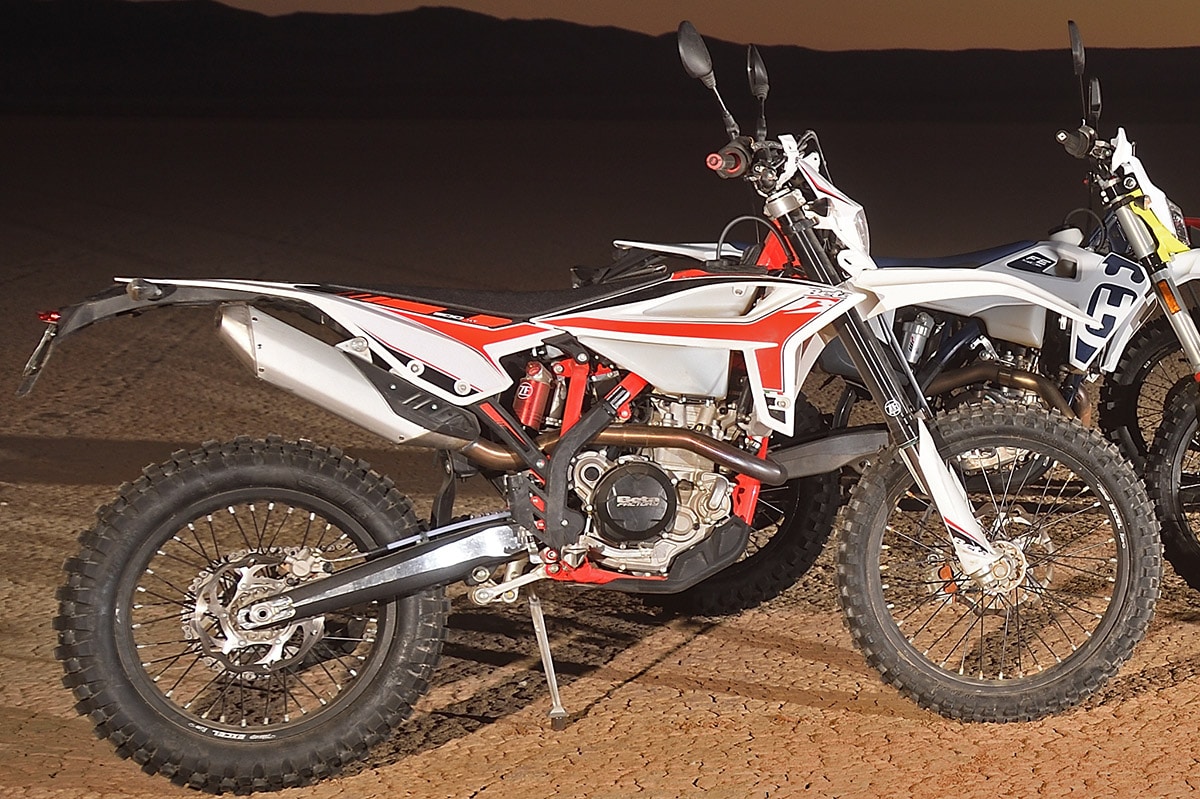 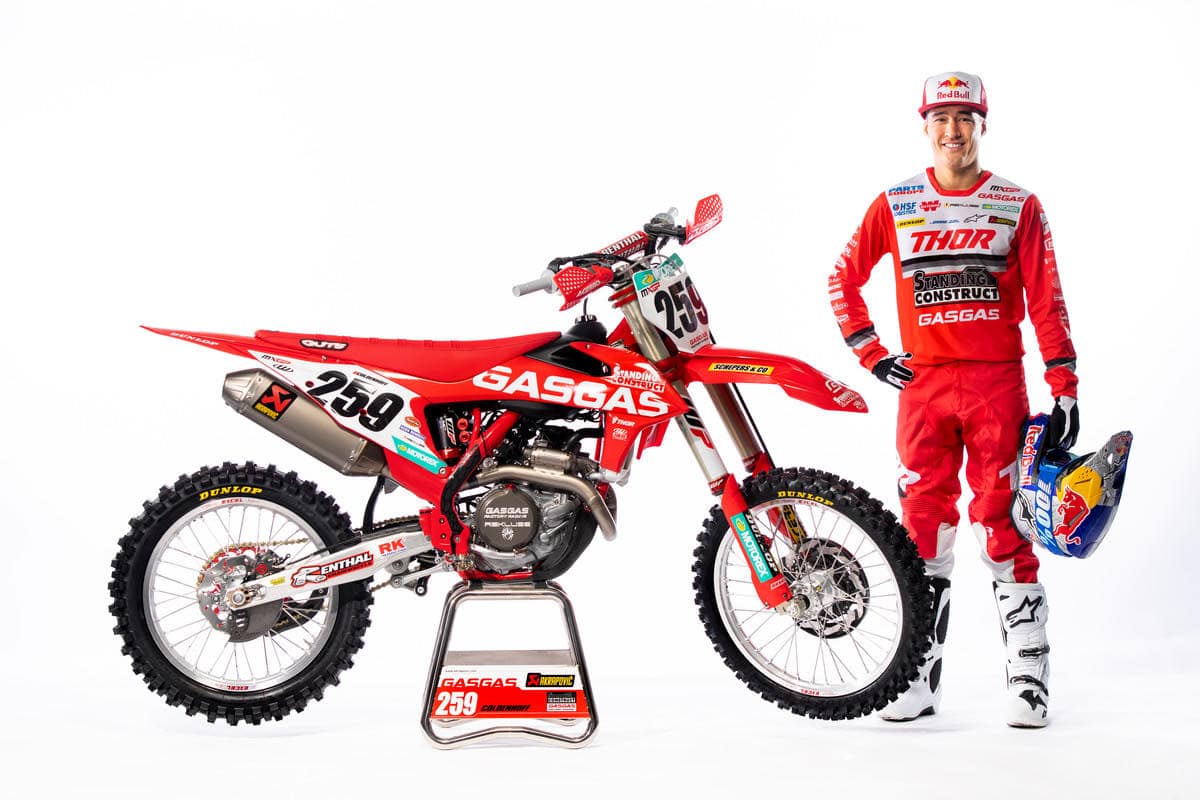 Glenn Coldenhoff is ready to ride GasGas in the 2020 GP season. The bike will be virtually identical to the  Standing Construct KTM that he rode in 2019. Four months ago, it was announced that Pierer Mobility AG, parent company of KTM, had purchased controlling interest in the fledgling Gas Gas company. This will go down differently from the Husqvarna purchase of 2012 for a number of reasons. Apparently, KTM wanted the Gas Gas’s trials line, whereas the company wanted nothing of Husqvarna’s existing line. KTM also wanted the Spanish factory. GasGas’s off-road line of two-strokes, however, will probably vanish much the same way that the Italian Husqvarnas did. Pierer will pursue the “shared platform” strategy that we saw with Husqvarna. Thus, there will be GasGas motorcycles that look a lot like KTMs. Even the bodywork on Coldenhoff’s bike is straight off the KTM 450SX-F, only in red. Ivo Monticelli will join him in the 450 class. The GasGas Factory Juniors team will compete in the MX2 class with Jeremy Sydow and Simon Langenfelde. Check out the official word from GasGas by clicking here. 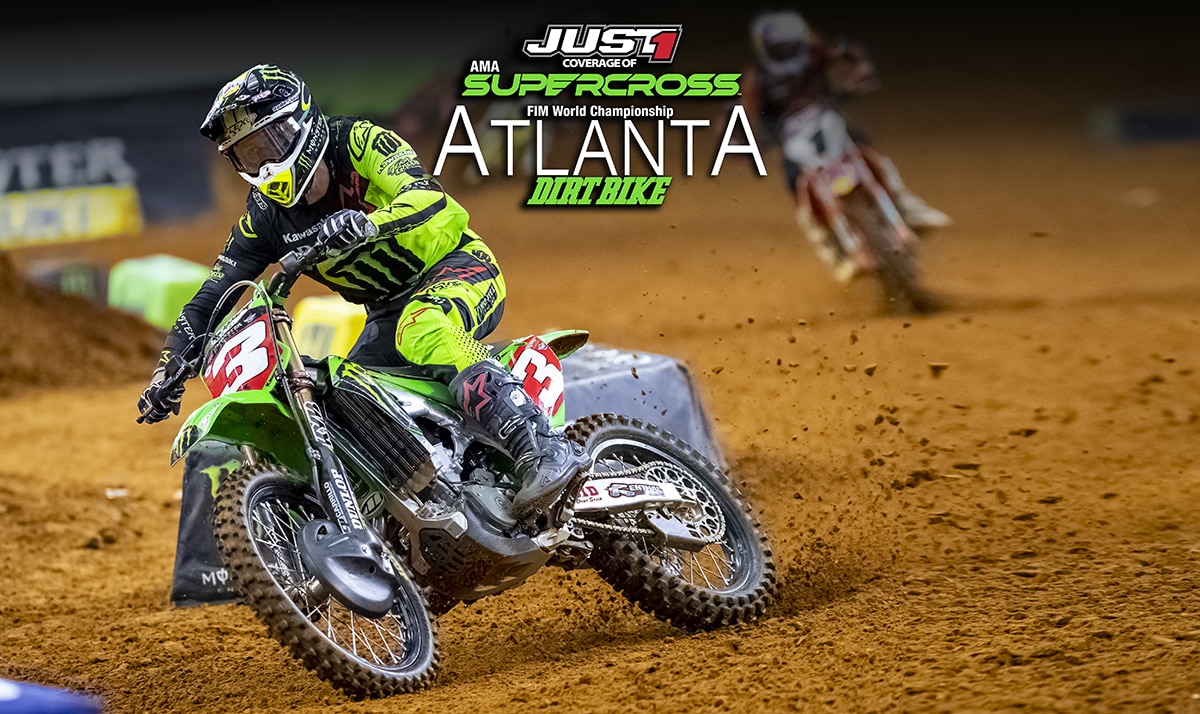 The Atlanta Supercross will take place this weekend in the Mercedes Benz Stadium. The 450 class seems to finally have direction. It’s going toward Eli Tomac. Despite his four wins, he still holds only a 7-point lead in the standings over Ken Roczen. Others seem to be falling by the wayside. Cooper Webb and Adam Cianciarulo were injured in Arlington, although Webb is said to be lining up in Atlanta. It was just announced that Zach Osborne was injured in a practice crash, and will also miss Atlanta. You can check out all the Atlanta Supercross results as they happen by clicking here: https://dirtbikemagazine.com/tag/2020-atlanta-supercross/

The second National Hare & Hound took place last weekend with Joe Wasson on top. Jason Argubright, who won the first round had a rough day. He fell and perhaps broke his wrist. Here’s what he said on social media: “Unfortunately I took a tumble on the second loop and covered my self in🌵wrung my bell pretty good and I’m pretty sure broke my wrist. Definitely bummed say the least but it happens. Super thankful for all my @nhharacing peeps and family for loading up my stuff and driving my van back from Texas, you guys rock ❤️ should hopefully know some more this week about the wrist and will go from there!”

MAV TV will show part one of the 2019 Last Dog Standing at 9:00 p.m. EST on Tuesday. Part one is the sprint enduro and part two, shown a week later, is the Extreme Enduro. Funny story: I co-host the show with Jason Weigandt . Watch me stumble and stammer trying to keep up. That’s the fun part. Check it out.