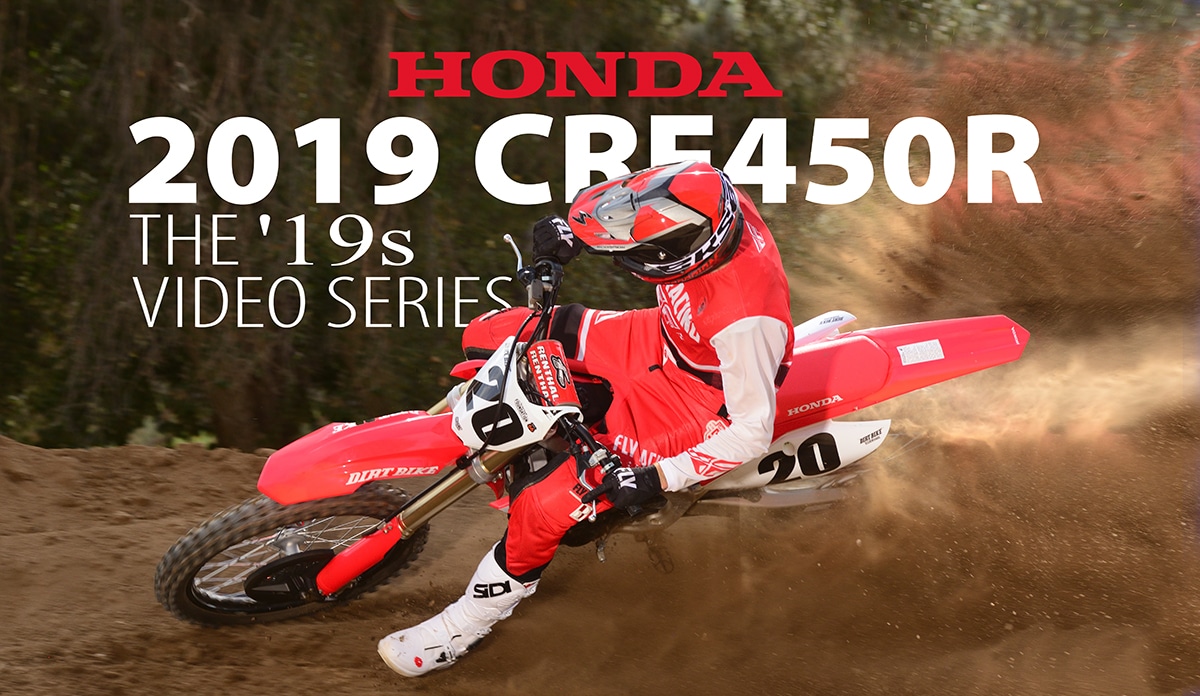 The Honda CRF450R has a surprising number of changes for 2019. The frame and swingarm are new as well as the engine cases. The last remnants of the kickstarter are gone now, and no one seems to miss it. Honda also found more power, lost a couple of pounds and gave the bike three levels of launch control. We spent a day testing the bike at Chaney Ranch near Warner Springs, California for an installment of The ’19s Video Series. In the course of our first day of testing, we learned the bike’s secrets and how to get the most from it. Our first impressions are discussed at the end, but look for the October, 2019 print edition of Dirt Bike Magazine for the full test.