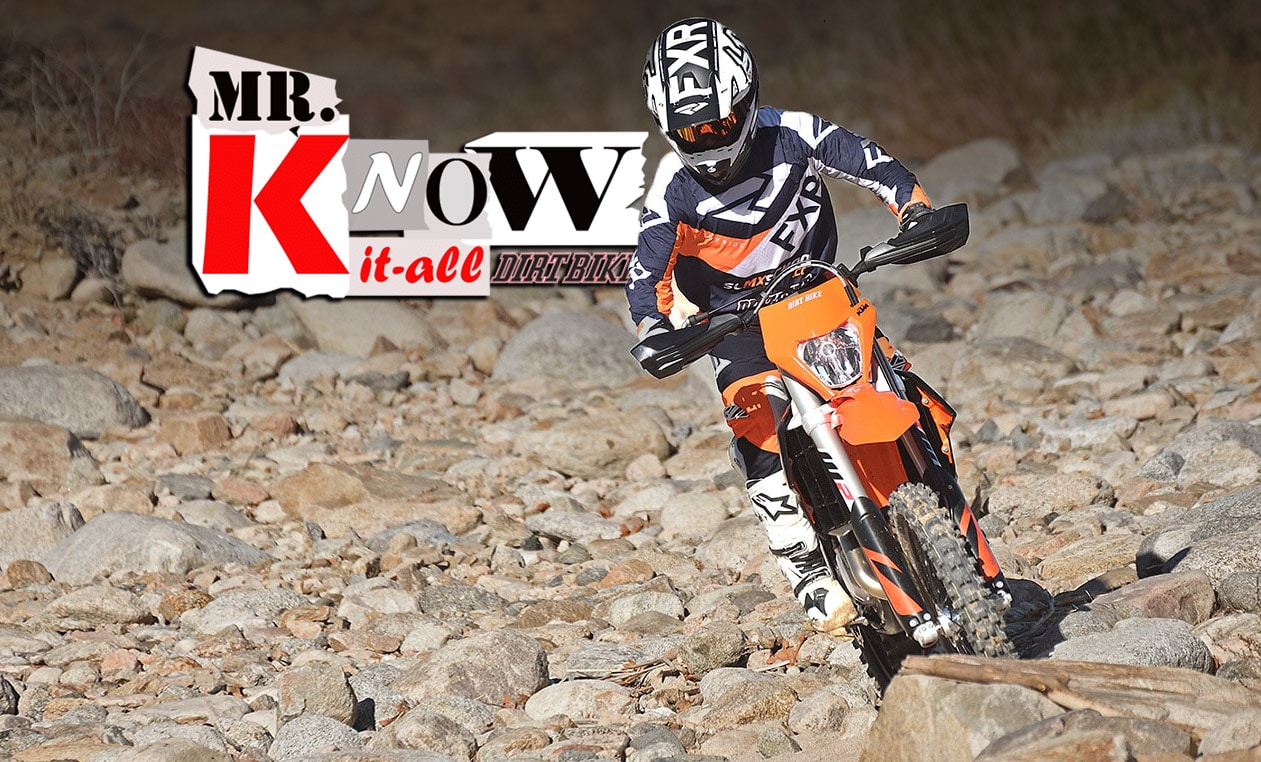 ROCK AND ROLL
Dear Mr. Know-It-All,
I can’t seem to figure out how to ride through rock gardens that are basically fields of loose boulders. Each time I attempt one, the bike just deflects and flounders beneath me, which makes me dab my feet. I am standing up when doing so, but once I lose my balance I sit back down. I end up using way too much effort, nearly crash hundreds of times, and feel like a full goon. What in the world am I doing wrong? My friends won’t stop laughing.
Pete Starr
via [email protected] 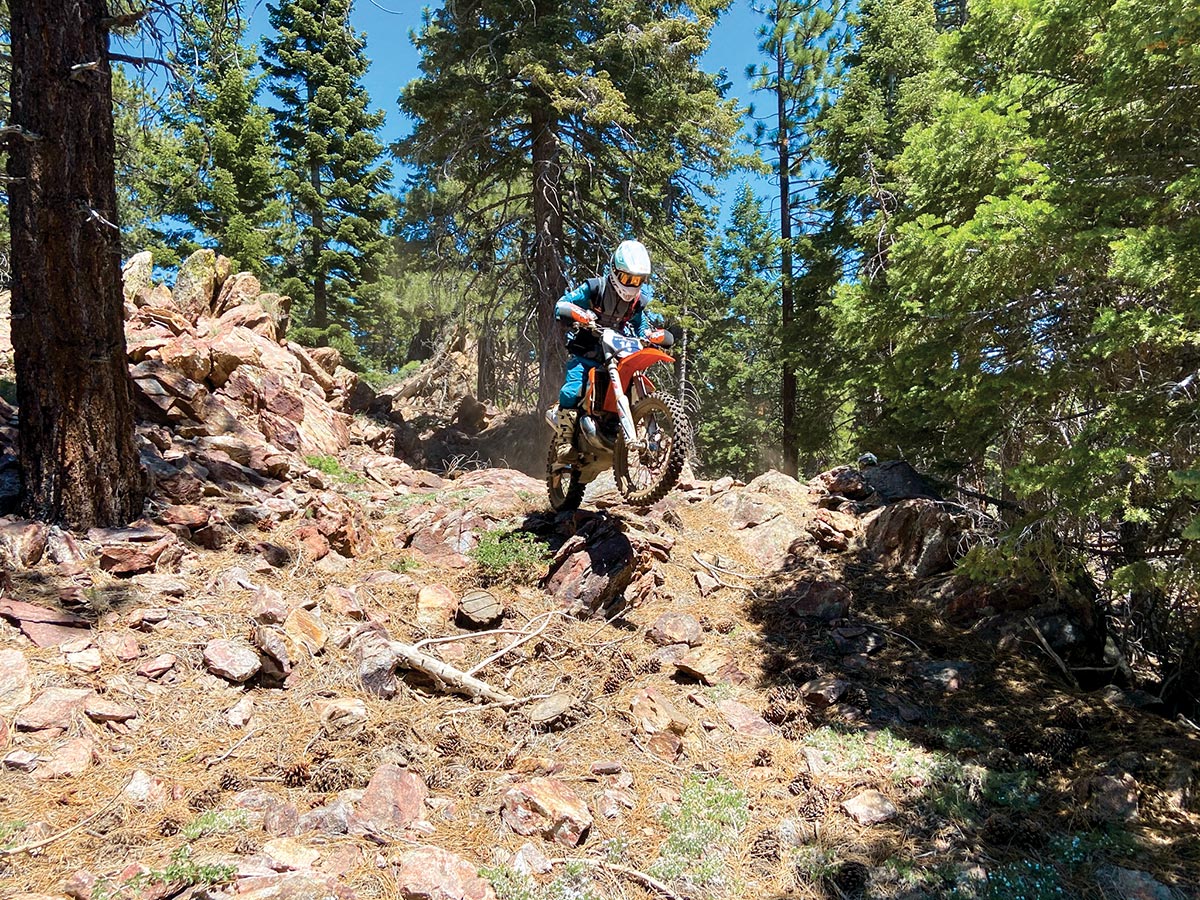 Any rock field has the ability to make even a seasoned pilot look like Charles Barkley trying to pole vault. So therefore, I will give you my wise advice. Standing is obviously very good, so kudos to you for figuring that much out. Depending on the size of the rocks, I usually look for the larger rocks to ride over instead of the smaller and looser ones. Why? The larger rocks are more planted and stable, which means there’s less chance of them rolling out beneath you. As far as technique goes, come into the section standing up, elbows up, and looking as far ahead as possible to pick your line. You want to have your weight further back on the bike, which will keep your front end “light” so the front wheel will float over the rocks instead of hitting them and deflect. You do want to be gripping the bike with your legs but not too tight! It’s good to be a little loose on the bike so it has room to wiggle beneath you if it decides to change direction. Smooth throttle control and covering the clutch are key to maintaining traction and forward momentum. Most important, practice your static stand-still balance when you’re not in the rocks as well. Your overall balance plays the biggest role in keeping your feet on the pegs no matter the conditions.