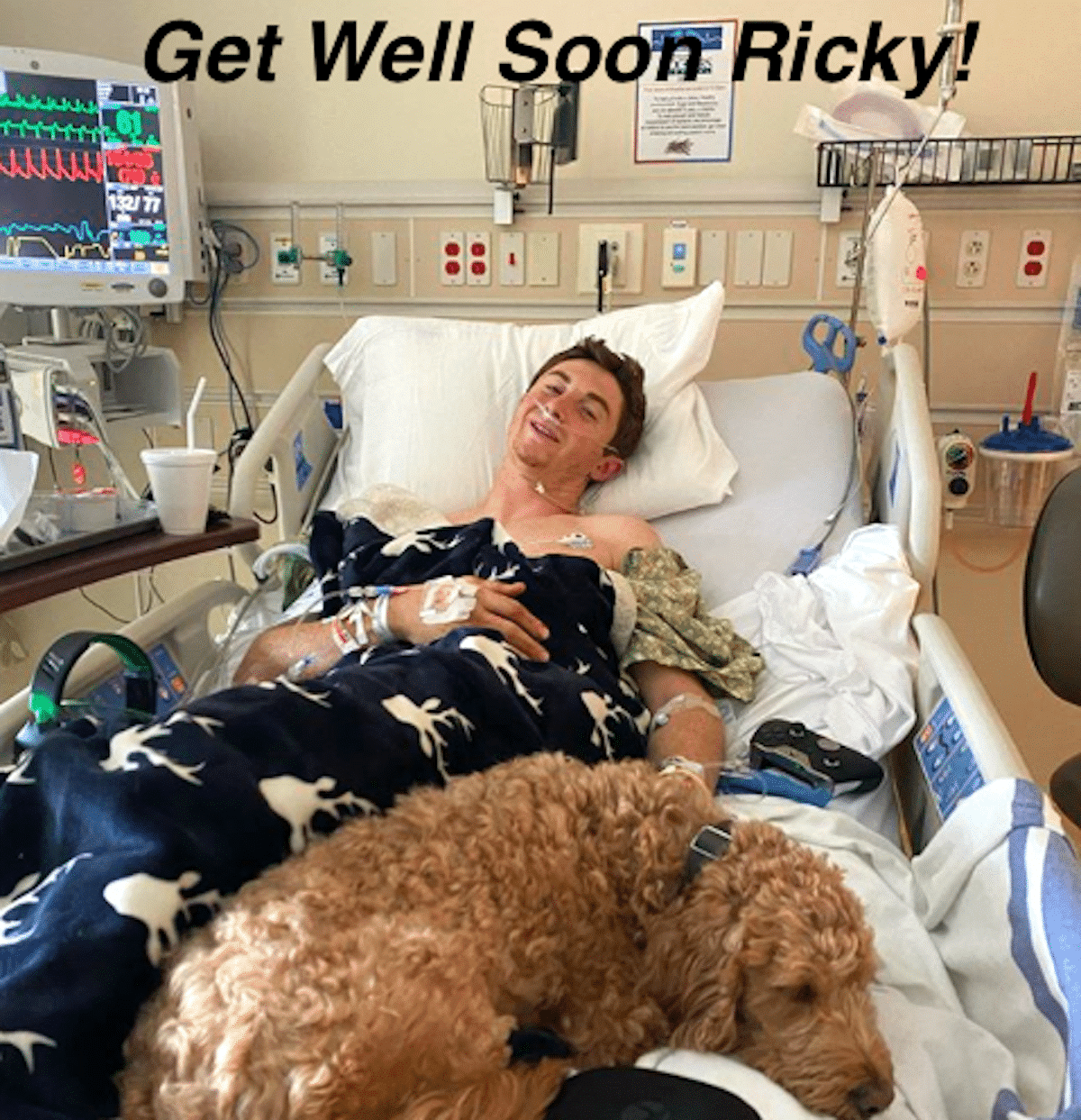 Coastal Racing Husqvarna rider Ricky Russell was battling for the lead at this years Bulldog GNCC in Georgia but while trying to pass KTM’s Kailub Russell in a high speed section the two collided Kailub sending him flying into a tree while still tangled up with his bike. The handlebars dug into his groan area doing lots of damage to his inner thigh. Below is the information Ricky released via his social media:

“Trying to smile as much as I can even though it’s been a very painful few days. Thank you to the whole @coastalracing team for all the help and love through this. I was having an awesome race Sunday, felt like I had control of that #1 spot with a lap to go. Caught up to @kr_557 and we were scraping plastics. Unfortunately a racing incident where my calculations were a little off, thinking I had the pass made only to collide with KR and send me into a tree in a very high speed section. My handle bars caught my groin area as I was flying through the air leaving a giant hole in my inner thigh. This destroyed a section of my femoral artery and broke my hip. For those of you that don’t know, the femoral artery is a very serious thing that can cause you to bleed out quickly. After a successful surgery I get to keep my leg and although I’m in tons of pain it looks like I should be alright. Thank you to everyone who helped me get out of the woods safely, and all my awesome friends who have reached out with nice things to say, it means a lot! Big thanks to @amypatterson123 and @slbaylor5for all their help and for making me”