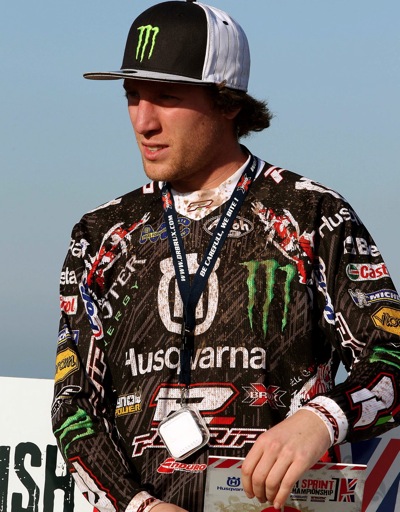 The Husqvarna Enduro Team by CH Racing & the management for Ricky Dietrich have announced today that they have come to a mutual agreement that allows for Ricky to step away from his racing obligations at this time.Despite his very comfortable and competitive situation in Italy with the Husqvarna family, Ricky feels the need to step away from racing for an indefinite period so that he can focus on some personal matters back in the USA.

This is in no way a reflection on the team, the bike, or life in Italy. ‘Everything provided for me here in Italy could not have given me a better opportunity to succeed,’ commented Dietrich. ‘I genuinely enjoyed my life in Italy, the bike and the team. My teammates are the best I’ve ever had.’ The decision is a personal matter that Ricky feels would be best handled without the pressures of World Championship racing at this time. When Ricky is both mentally and physically 100% focused on racing again, the plan is to return to racing.

‘I am really sorry for Ricky as he did his best since he arrived in Italy last November,’ said Martino Bianchi, Husqvarna racing coordinator. ‘We all at Husqvarna believe that he has the talent and the skills to succeed, also in the Enduro World Championship, but he needs to concentrate fully to get the results he deserves. I hope he can return to racing again and show his talents.’ Husqvarna will continue to be represented in the 2012 Enduro World Championship by Lorenzo Santolino and Matti Seistola in the Enduro1 class with Juha Salminen, Alex Salvini and Romain Dumontier competing in Enduro2.