Monster Energy Honda Team’s American rider Ricky Brabec won the fourth stage of the Dakar Rally, not only battling to victory on the day, but also taking the first place spot on the overall leader board.

Today saw the first leg of the marathon stage at the 2019 Dakar en route from Arequipa to Moquegua, where the 124 remaining motorcycle riders had an early start to cover the opening 85-kilometer link section before the first part of the 205-kilometer special. The day was soured by biting cold and humidity in both the city and the mountainous regions. Ricky Brabec set the best time in the first section. After a neutralization of 54 kilometers, the second part of the special, over 146 kilometers, proved even better for the American, who cruised home with a six-minute advantage over the nearest finisher, dethroning the previous overall leader Pablo Quintanilla. In doing so, Brabec triumphs for the second time in his career.  This marks the first time the American has topped the overall rankings. American Andrew Short was 12th and sits in 11th overall. Skyler Howes was 23rd and is in 22nd overall.

Riders then traveled to the Moquegua camp where they can rest and prepare the second leg of the marathon stage. The bikers will, however, be left to their own devices as no outside mechanical assistance is permitted. Instead any technical help will have to wait until the close of tomorrow’s stage back at the Arequipa bivouac. The fifth stage will add a total of 776 kilometers to the 1109 disputed so far and will include 345 kilometers against the clock.

Ricky Brabec: “Wow! I needed it. I needed a victory like that! Today I wanted to push because as we had studied yesterday, winning today would be able to help me in tomorrow’s stage. We will have the mass motocross-style start, just like on the motocross starting grids. I’m really very happy to have won the stage with a good margin of time which has helped place me at the top of leader board.” 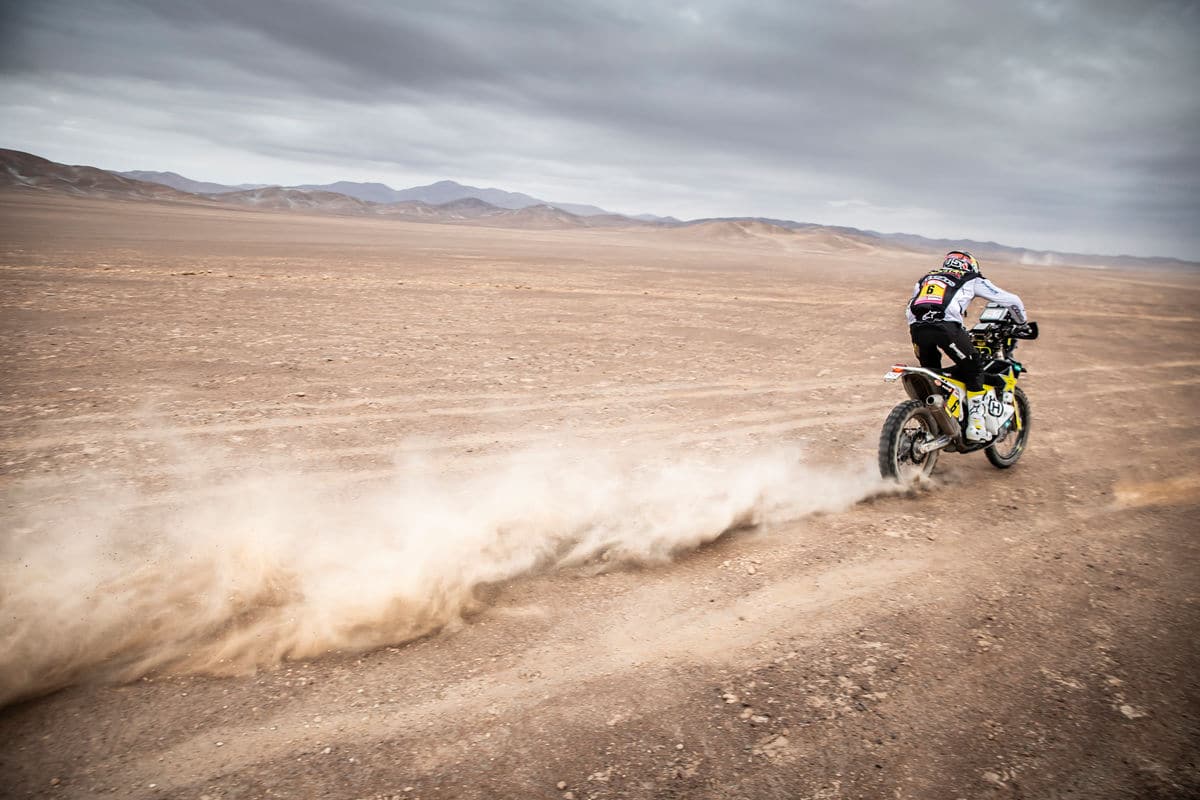 Pablo Quintanilla: “It was a really hard stage today. The first part had some tricky navigation in the fesh-fesh. In the last waypoint before the refuelling I made a mistake but was able to get back on the tracks quickly. Then after the neutralisation point the tracks were really hard. There was a long dry river bed with many stones and it was hard to make some time. I knew from the beginning of the stage that it was possible to get caught by other riders and when it happened I just tried to ride with them. Overall, I’m happy to have finished the first part of the marathon stage without any problems. After some rest tonight, I’m hoping to be back stronger for the second part of the marathon stage tomorrow.” 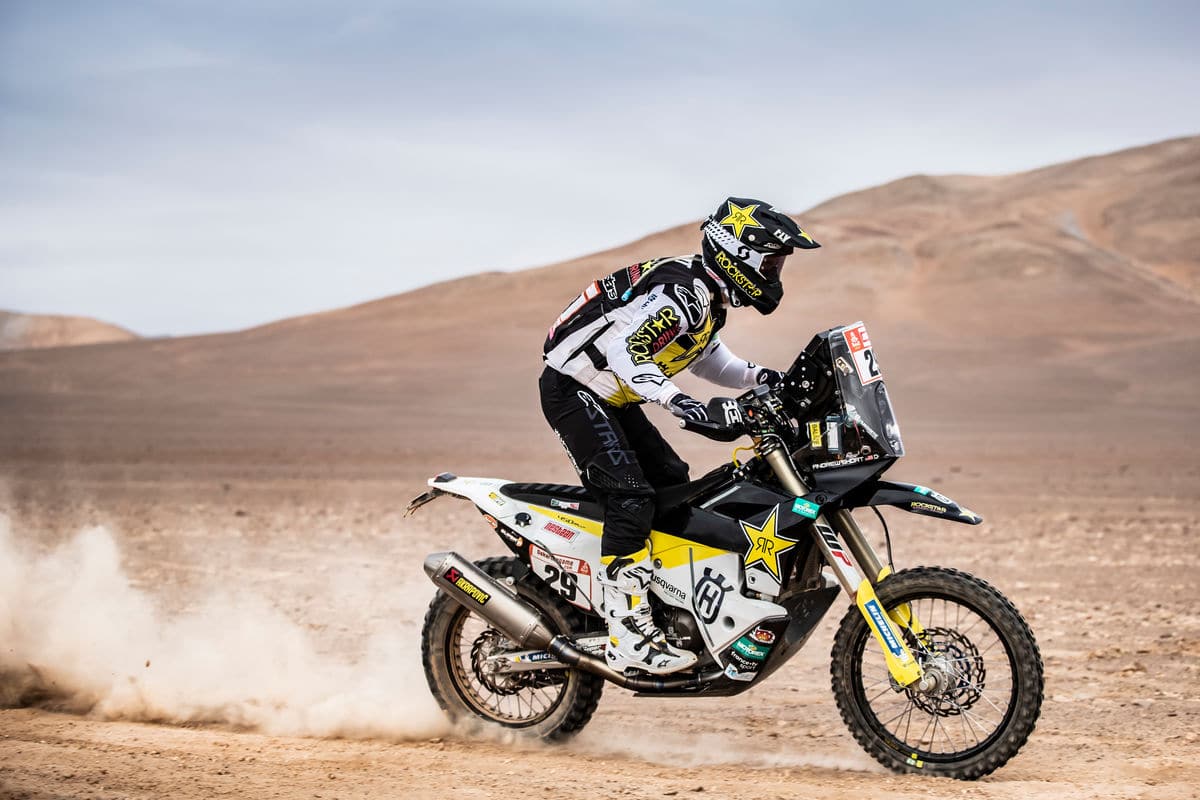 Andrew Short: “My day was pretty steady and smooth and I tried to save energy on my body for the next days. Today the pace was really fast, we were going fifth and sixth gear in the fesh-fesh. I stayed smooth and tried not to take any unnecessary risks. My result was good considering I didn’t push or go over the limits today. I’m happy that my body is getting better after the crashes on Wednesday. Overall, I feel I can push more in the technical terrain and I’m looking forward for the dune stages to come.”