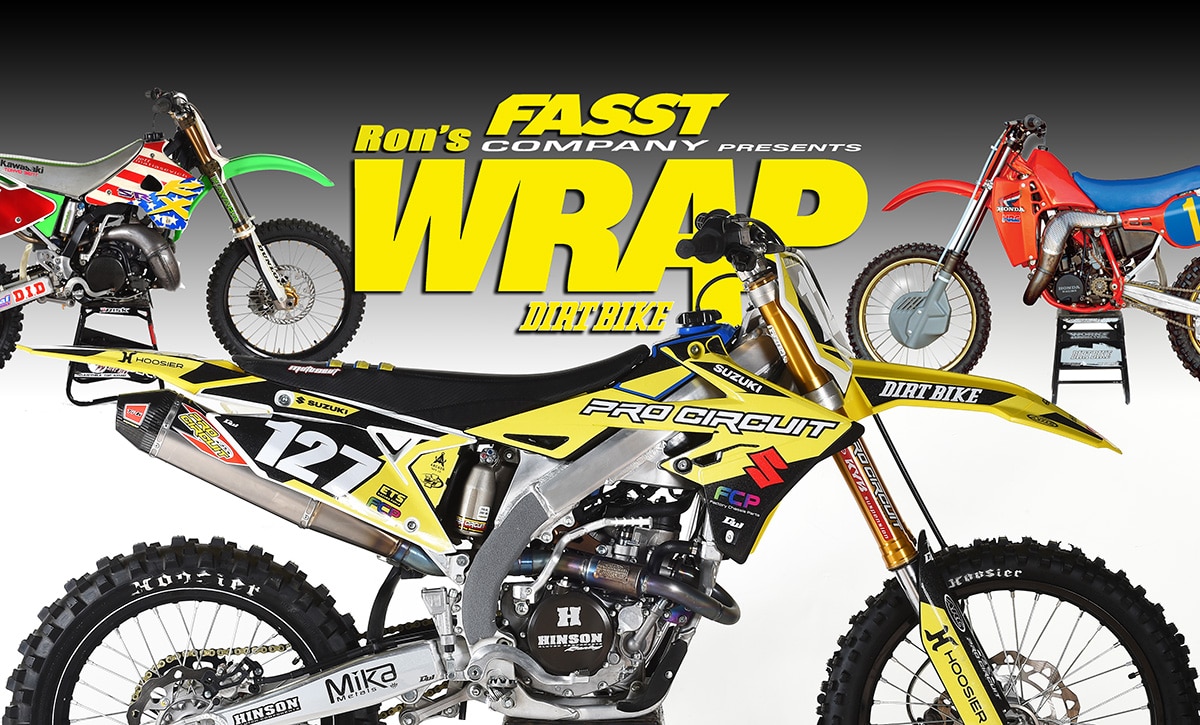 Rule one in the journalist’s creed is never admit bias. We all have bias, of course, but we aren’t supposed to talk about it. Sorry, but here goes: I always loved Suzukis. My first motorcycles were Suzukis, the bulk of my teenage races were on Suzukis and my first real sponsor was a Suzuki shop. There. The truth is out. Deal with it. Lately, at least, I can’t be accused of a conflict of interest because no Suzuki has won a Dirt Bike shootout in a very long time. Suzuki fans haven’t had much to feel warm about,either. The stats for the RM-Z250 are a little disheartening during the past 10 years:

And yet, the RM-Z 250 still has its appeal, at least to me. It’s a bike for the purist. It’s inexpensive, reliable, well-behaved and free of the complication that comes with an electric starter and a battery. Sadly, performance isn’t on the list. Peak output is a tick under 40 horsepower, whereas something with a KTM motor is around 44. The good news is that the motor hasn’t changed in a while and there are lots of shops that know how to get the most from it. For this project, we took the path of least resistance and asked Pro Circuit to help. We knew they knew what to do.

Pro Circuit’s motor modifications came in four areas: head  work, camshafts, a high-compression piston and an exhaust system. In order to install Pro Circuit’s cams, you must use stiffer valve springs. The good news is that, in order to use the piston you do not need to run race fuel. It’s certainly a good idea; higher compression always puts you at risk for detonation. High octane fuels battle that and allow the motor to run cooler. In some cases, race fuel can also provide more horsepower, although that can get expensive. 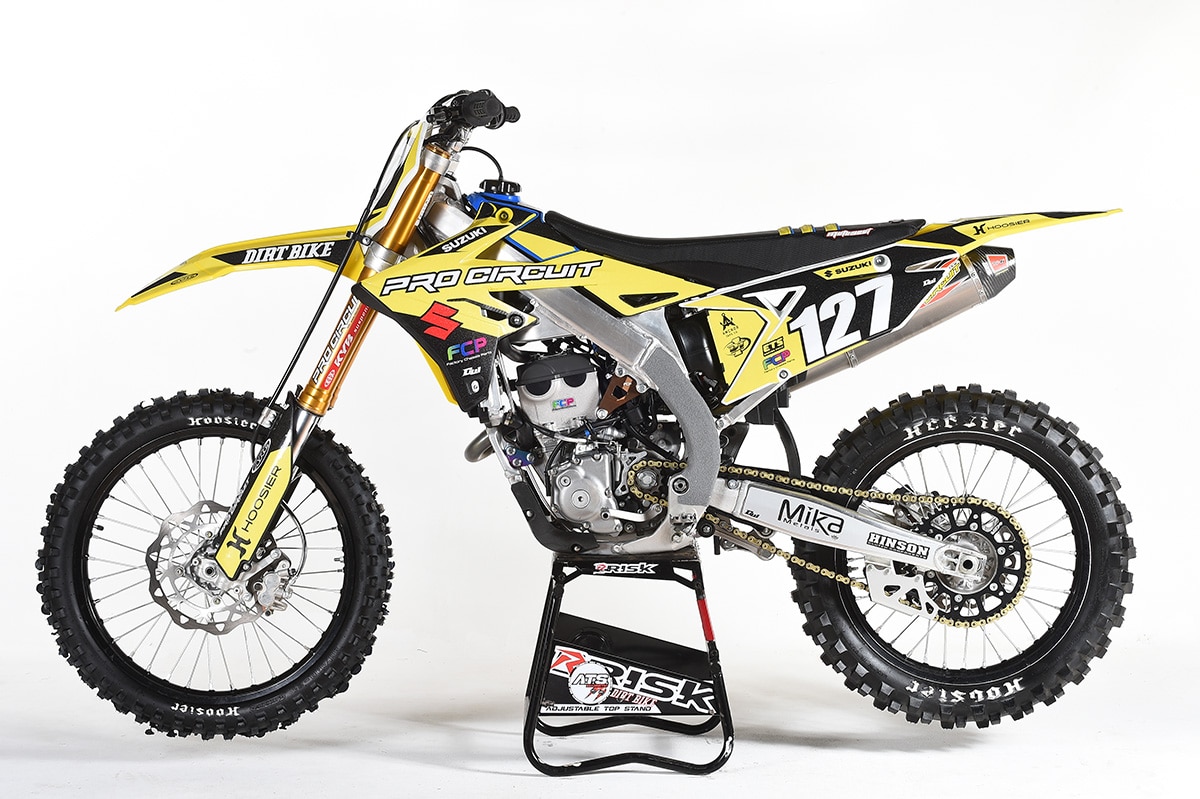 Suzuki was way out in front of the other manufacturers back in 2008, with quick steering geometry and a well-planted front end. In the decade that followed, everyone tried to copy Suzuki’s formula, then overshot the mark. Today’s 250s are much more nervous while the Suzuki still has a comfortable, stable feeling in the corners. Where the RM-Z can really use help is in the suspension department. The current bike has weirdly mismatched settings and actually isn’t quite as effective as it was back in 2016. The front end is stiff and the rear end is loose. Neither is a terminal problem, but you can’t necessarily fix it with clickers. Pro Circuit’s suspension department has dealt with hundreds of Suzukis. What you need depends on how big you are and what kind of riding you do. You might be able to get away with the stock fork springs, although most younger, lighter riders in the 250 class need lighter springs. 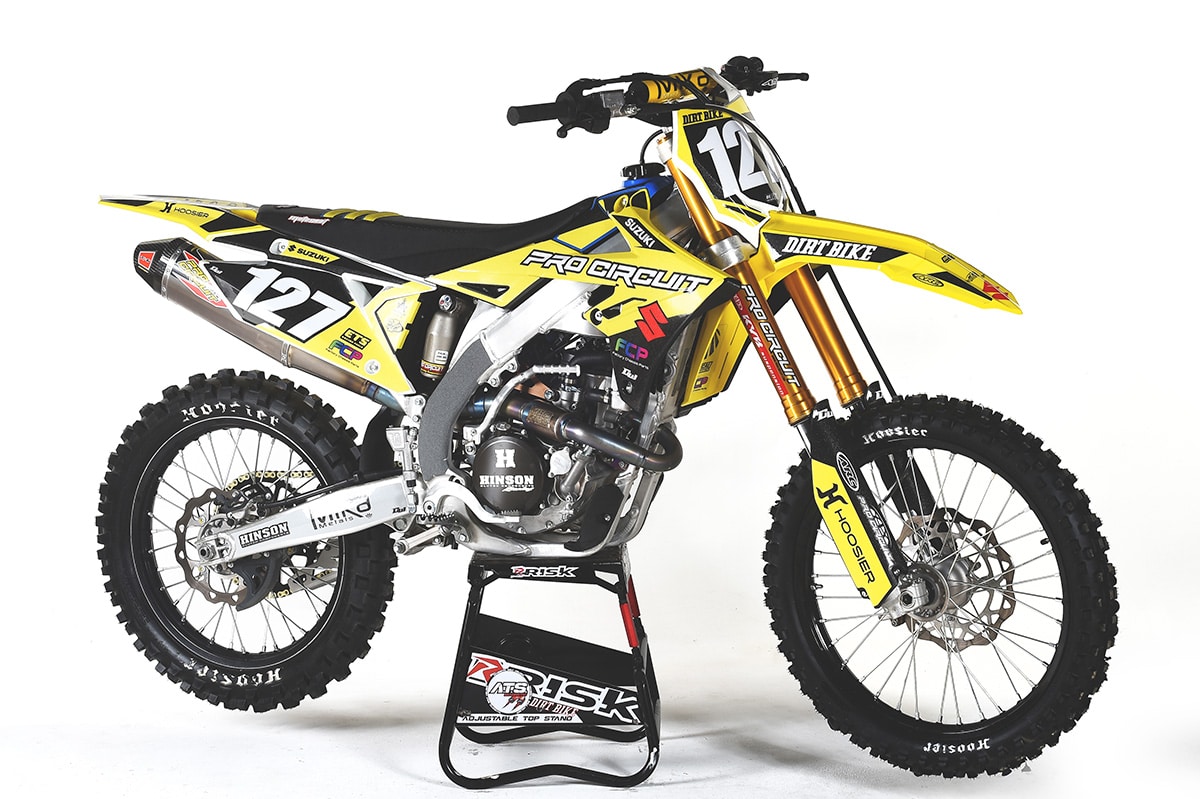 You can also make some headway in the chassis department with different engine mounts. The stockers are very rigid, and Factory Chassis Parts has replacements that give the frame more compliance. Swapping out the stock bars for Mika Pro Series handlebars and having Motoseat rebuild the saddle also helped make the Suzuki a more comfortable bike. The story will appear in the August print issue of Dirt Bike. 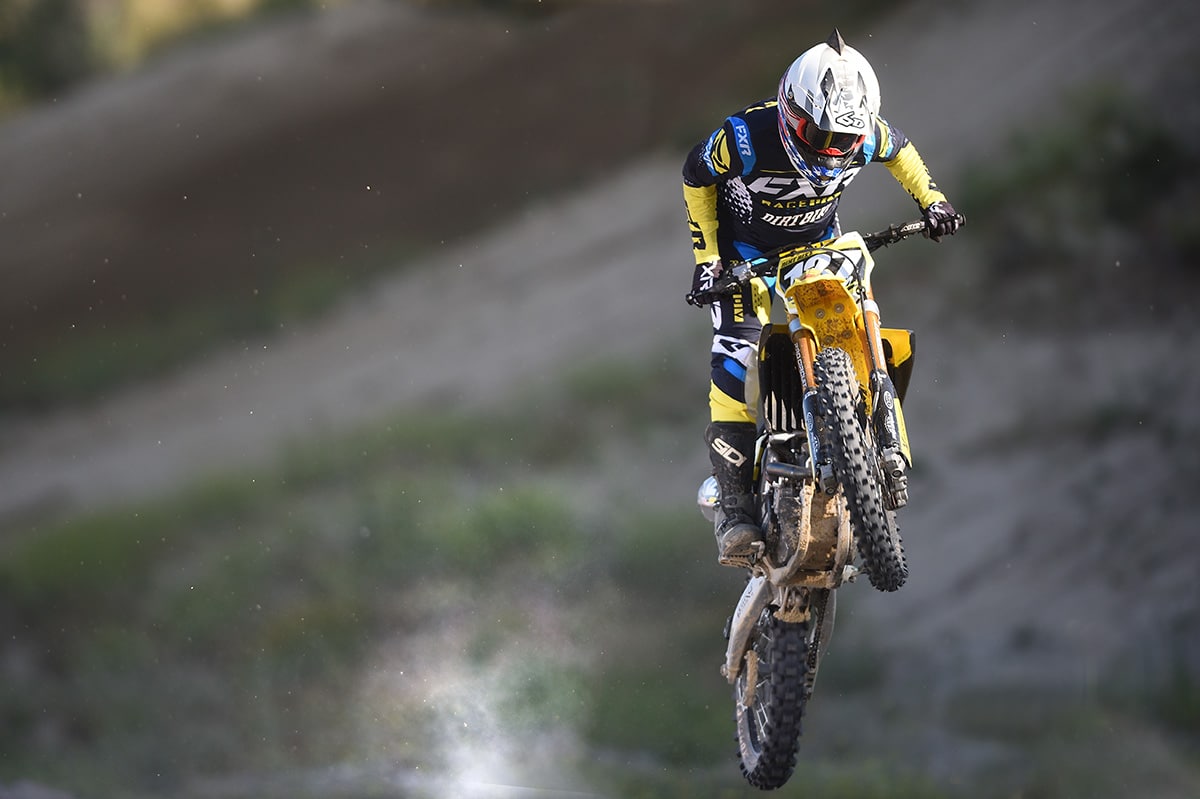 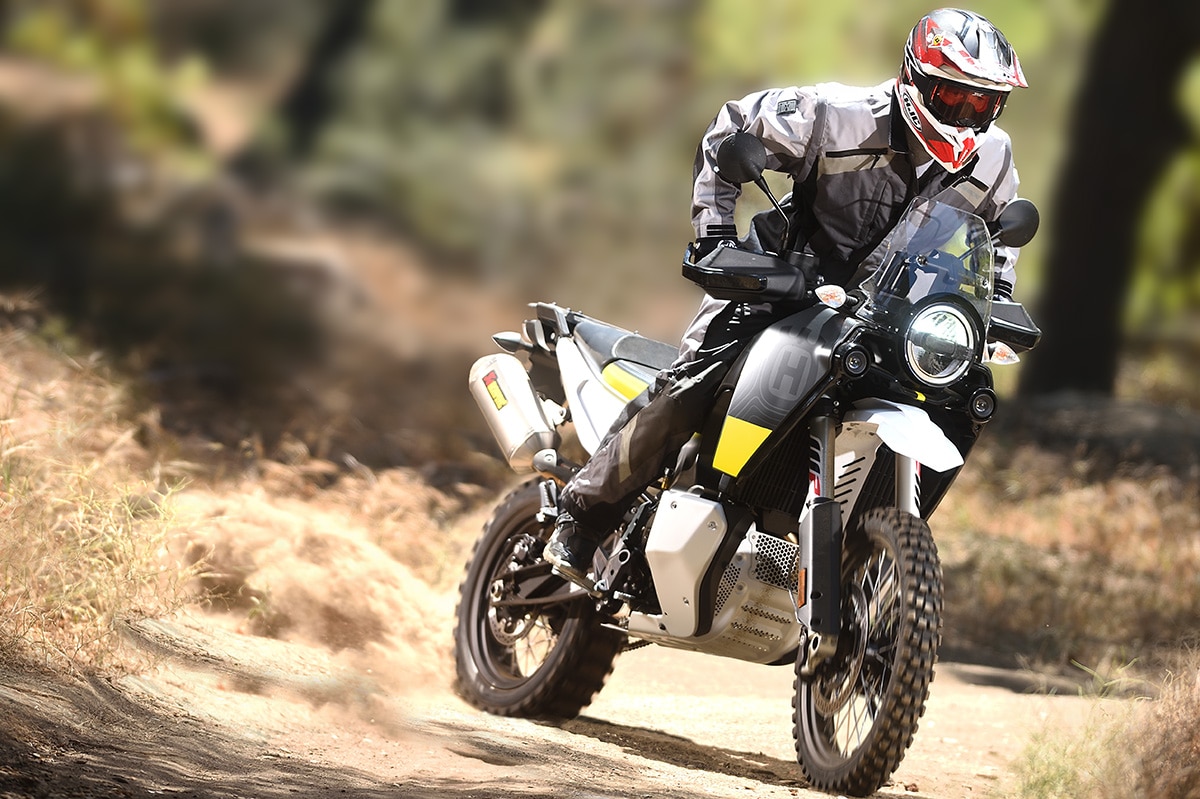 Andy Jefferson asked us if we wanted to ride a Super Norden last week. Of course we said yes. We’re not crazy. The Norden is the Husqvarna version of the KTM 890 Adventure. It only comes in one configuration, and that’s with street oriented WP Apex suspension and Pirelli  Scorpion Rally tires.

The KTM version of the bike is a little leaner and comes in three different configurations; there’s the base model with Apex suspension, street tires and a 19-inch front wheel for $13,099, then there’s the 890 Adventure R, which comes with spoke wheels, a 21-incher up front and WP Xplor suspension ($14,199) and finally there the ultra limited 890 Rally, which sells for around $20,000 and has a six-month waiting list. There are a number of high-end components that make the Rally so desirable. 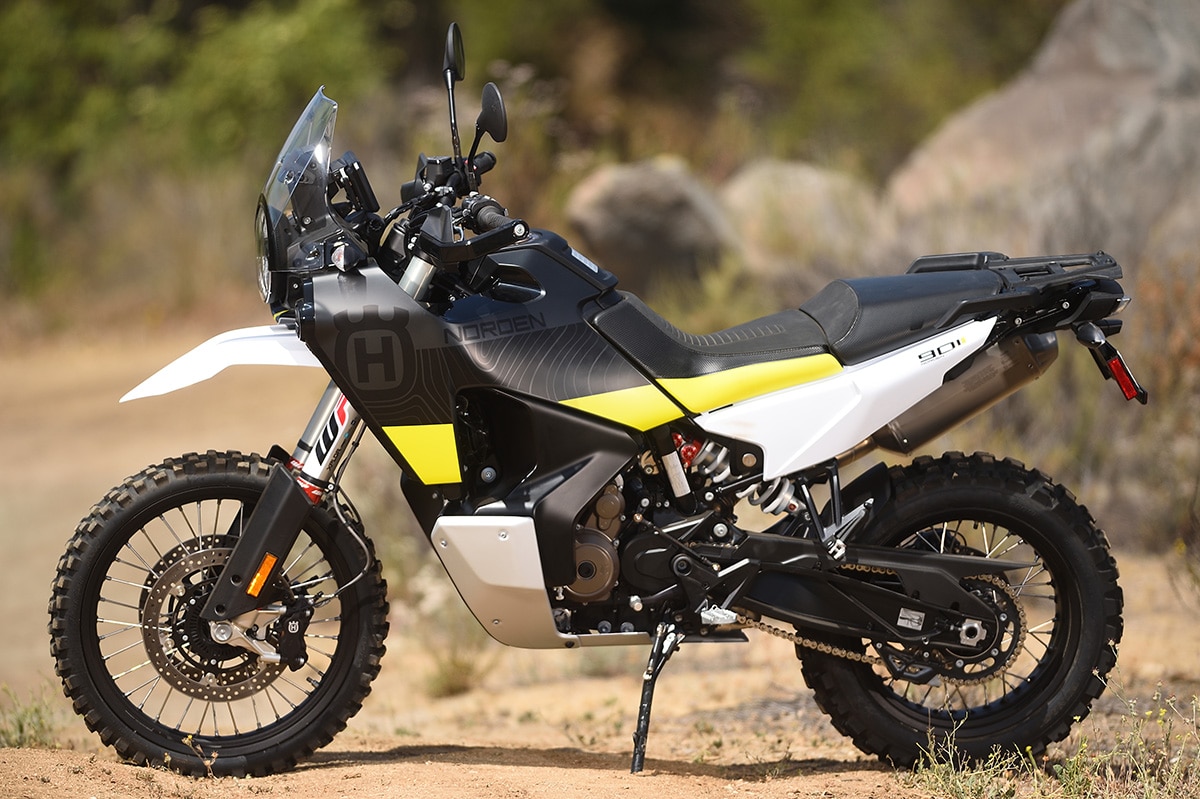 Our Super Norden has several of those components, namely the WP Xplor Pro Suspension and the Akrapovic exhaust. The suspension travel was increased from 220mm to 270mm. That required a very long kickstand, and, if you got it, a long inseam. The story will be in the August, 2022 print issue of Dirt Bike.

This week was all about trying to catch up on our 2022 test bikes before the 2023 models show up. One of those is the Husqvarna TC85 Big Wheel, which was tested by Mark Tilley’s oldest son Jacob. I thought it was kinda cruel to let him ride a bike just before it was to be returned to Husky. He didn’t seem to mind. 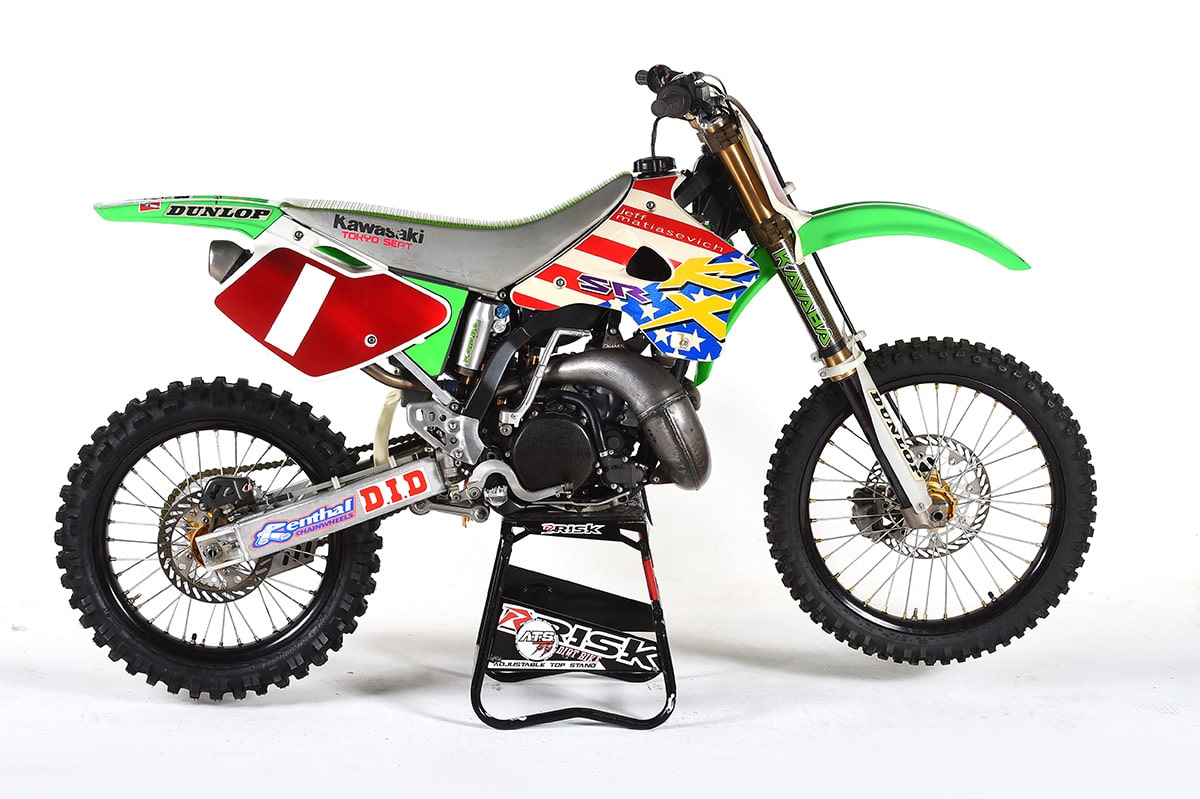 Last weekend was the MX revival at Glen Helen, which was a great gathering of old bikes and riders. Rick Johnson, Broc Glover, Rex Staten and Lane Leavitt were there to name a few. Prior to the event I got some of the display bikes into the studio to save them in posterity. The one above is Jeff Matiasevich’s 1997 SR250, which won the All-Japan Nationals that year. It has more works parts than any bike raced in America. This bike and several of the others below are in the Hugh Parker collection. 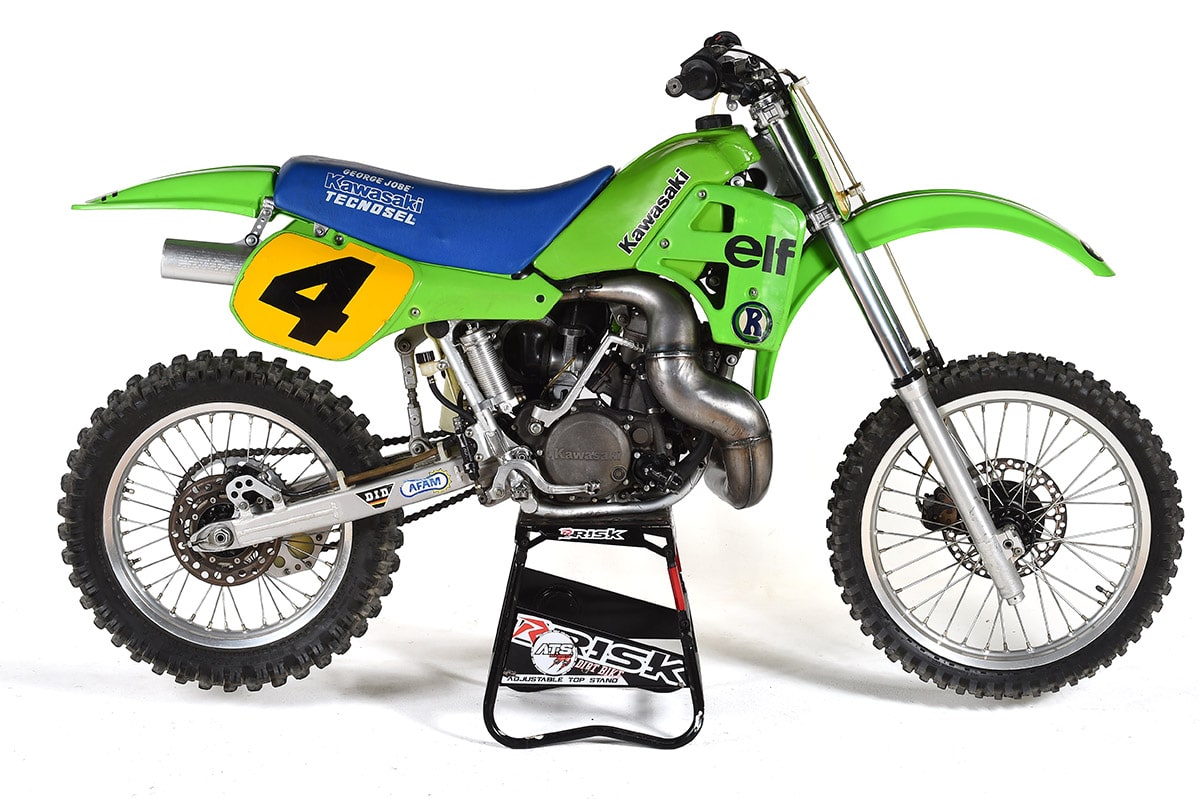 This is George Jobe’s 1986 SR500, which was supposed to be one of the most powerful 500cc two-strokes ever made. 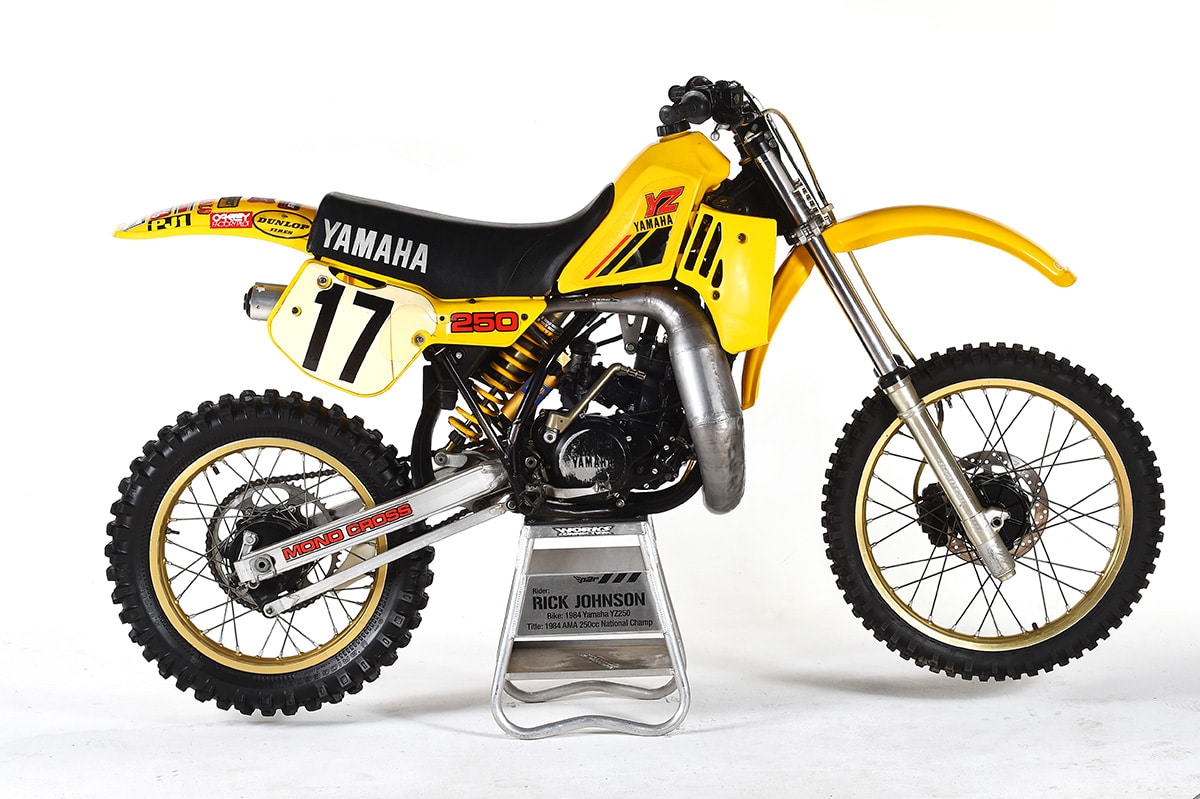 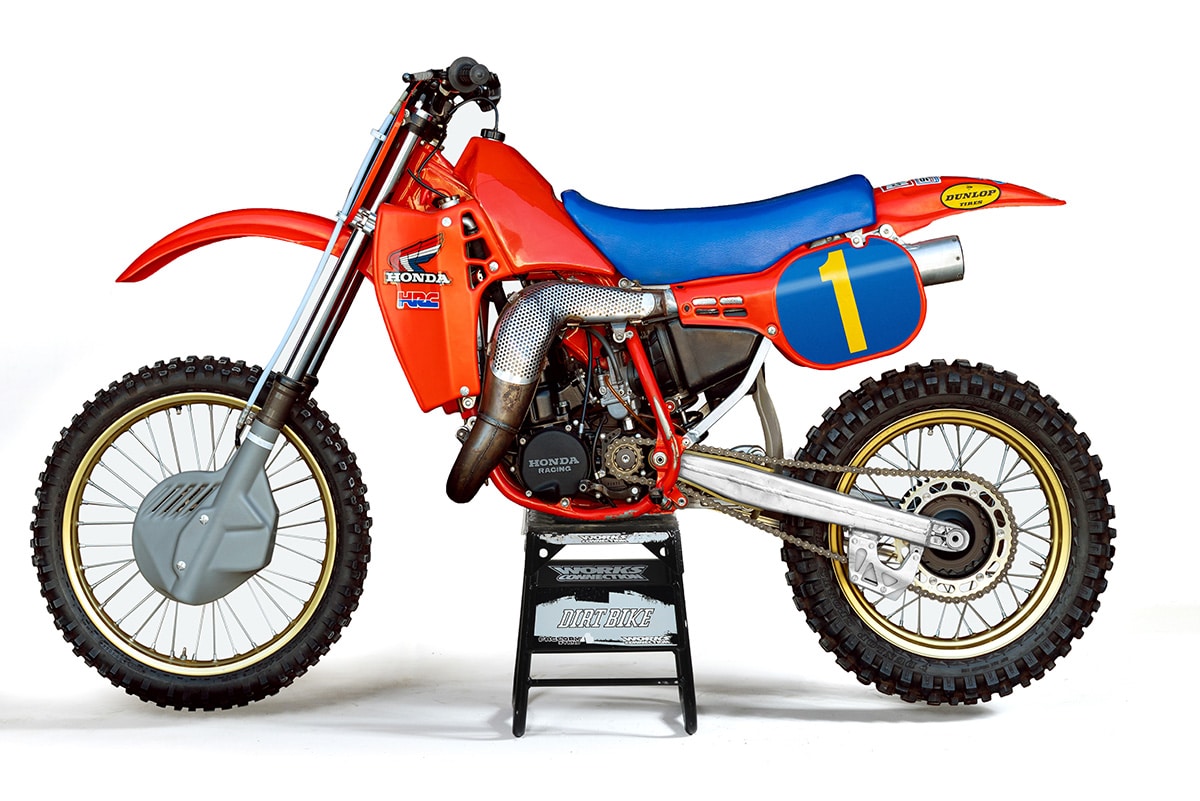 Possibly the greatest works bike ever: David Bailey’s 1984 Honda RC500. This particular bike is owned by American Honda. Sadly David couldn’t make t to Glen Helen because he just had rotator surgery. That requires him to remain stationary for weeks! Get well soon, David!