RED BULL STRAIGHT RHYTHM IS BACK 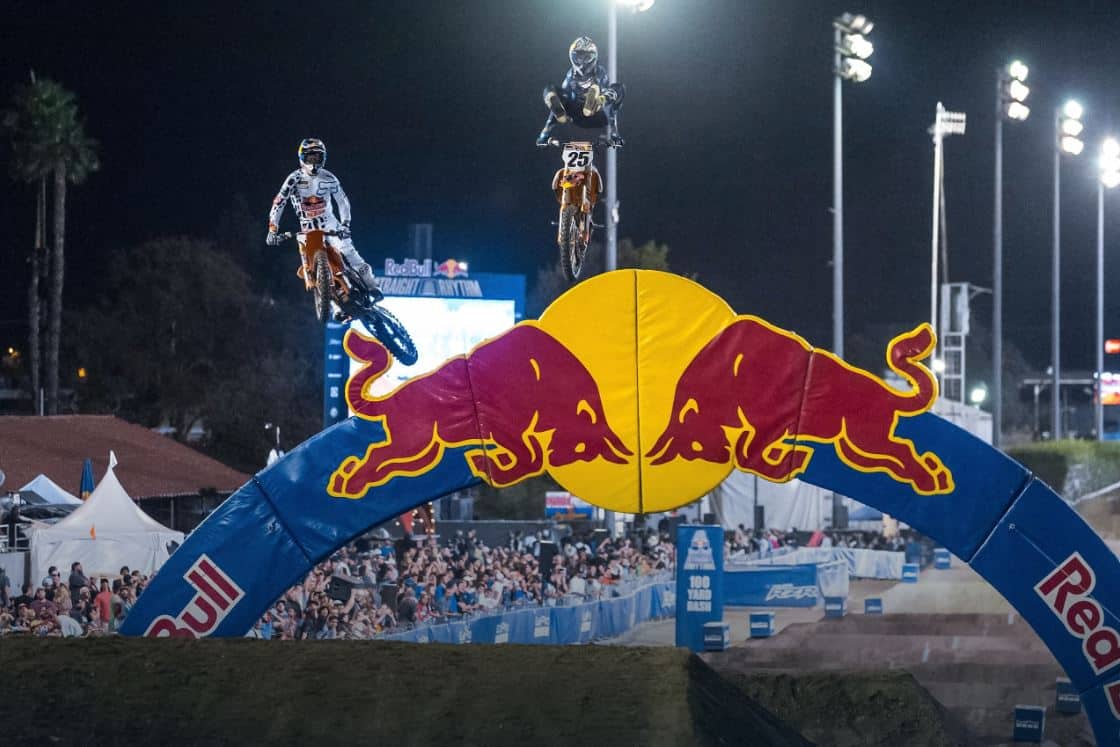 Red Bull has announced that the Straight Rhythm will return for 2022 and has hinted that some big names will ride. The format will feature two-strokes once again, but the location will be  at Huntington Beach State Park. It will be held in conjunction with the 5th annual Moto Beach Classic. Here’s the press release:

There’s a 98% chance the sun will be shining, weather will be warm and UV rays will be high, so pack your sunblock, hats, koozies, chairs, umbrellas, and sand toys. Bathing suits are optional. And if you’re Jett Lawrence… bring your floaties.

This year’s event remains the same as year’s past with all two-strokes in a best-of-three race format. Practice, qualifying and finals all take place on the same day, with the finals culminating just before the sun sets into the horizon. For its seventh year, two riders will drop into the custom-built half-mile track for a mano-a-mano battle down the unwound SX track with whoops, jumps, tabletops and more. It’s all about “finding your flow” as the locals would say, and there’s guaranteed to be no lack of perfect harmony amongst two-stroke engines redlining, waves crashing and fans cheering, complemented by the sweet smell of sunblock, salty air and premix. The only thing that might sound better than that are the sweet sounds of Weege and Blair on the race call.

Tickets are on sale now and can be purchased at: https://red-bull-straight-rhythm-tickets.

A general admission ticket allows entry to both events and full venue access with viewing from multiple points alongside the track. Price increases to $45 after Sept. 17.

A bleacher seating ticket allows entry to both events and full venue access with guaranteed seats in the trackside grandstands. Price increases to $65 after Sept. 17.

Since the last event in 2019, some riders have aged, some have retired, some have returned, and some new faces from overseas have emerged (hint, hint). Full rider roster and more event information will be released in the coming weeks. For those that can’t make it to the event, catch all the action of Red Bull Straight Rhythm streaming live exclusively on ESPN+ on October 15, with coverage beginning at 2:30 p.m. PST.