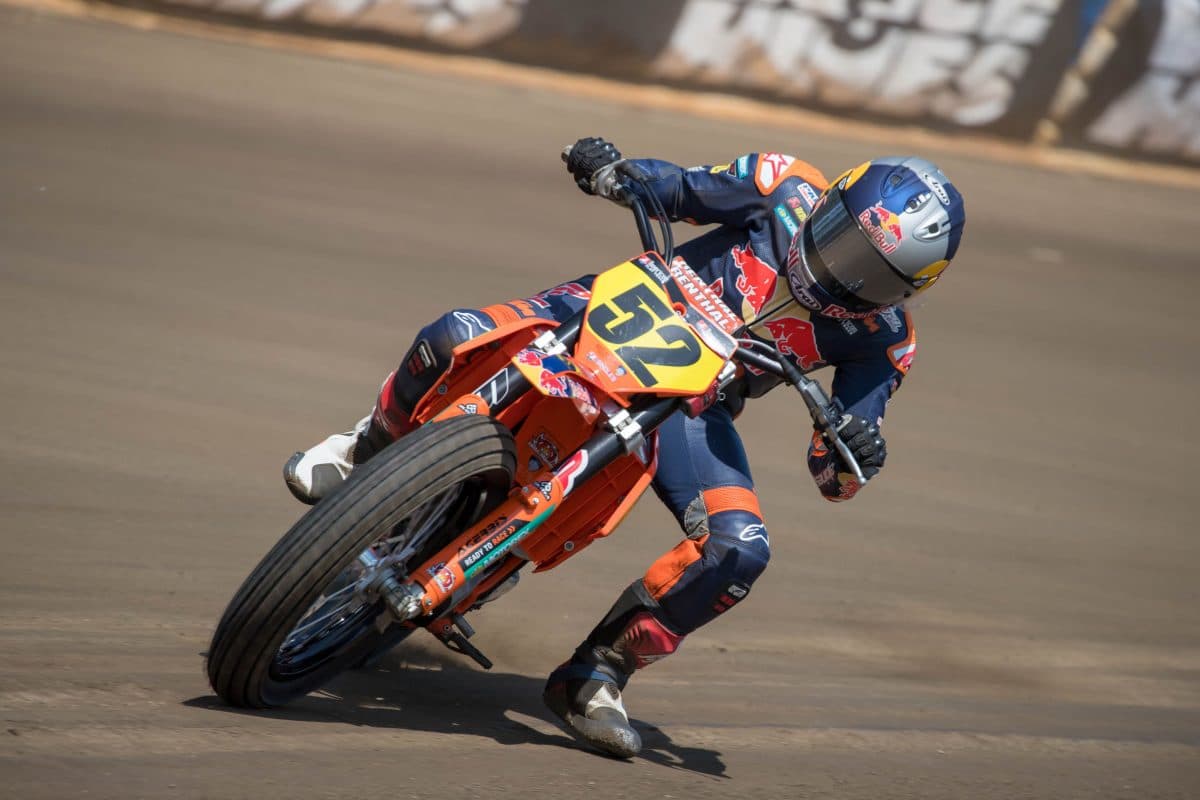 KTM continues to go all in and make history for the brand in American Dirt Track Racing!

Shayna Texter made history for the Red Bull KTM Factory Racing Team over the weekend as she claimed the team’s first “Mile” win in the AFT Singles Class with an intense victory at the Sacramento Mile for Round 13 of the 2019 American Flat Track Championship. Texter’s teammate, 2018 AFT Singles Champion Dan Bromley, battled alongside her through the final moments of the Main Event, where he ultimately finished only tenths of a second off the podium in fourth overall.

Texter lined up in AFT Singles Heat 3 alongside Bromley, who grabbed the heat race holeshot with Texter close behind. She was able to get by Bromley on lap two and from there she set sail to claim the heat race victory aboard her KTM 450 SX-F FACTORY EDITION. In the semi, she got off to a second-place start and quickly made her way up to the lead by lap three. She continued to battle with Mikey Rush for the remainder of the race as the two riders swapped the lead position back and forth several times throughout the eight-lap race. Texter positioned herself in the lead with two laps to go and she held strong to bring home the semi win. With a solid second-place start position, Texter put herself into a great position off the start of the Main Event as she rounded the opening lap in second-place. She overtook the lead on lap five and once again ensued in a close-knit battle – this time with two other riders – for the remainder of the race. Texter got knocked back to fifth on the second-to-last lap but she fought her way back to the lead battle in the final moments. In a four-rider battle coming into the final corner, Texter was able to catch the perfect draft coming out of the turn to ultimately edge out her competition and take win number three of the season in Sacramento.

Shayna Texter: “It was a great day overall. It started off slow but we were able to keep picking it off and finding time each and every session that we were out. In the Main Event, I battled the entire race with Mikey and Tristan – every straightway we were passing each other just kind of playing a chess match. I felt really good down the straightaway and I felt really comfortable with where I was at in position on the track. I can’t thank the team enough. We gained some really valuable points heading into the next round.” 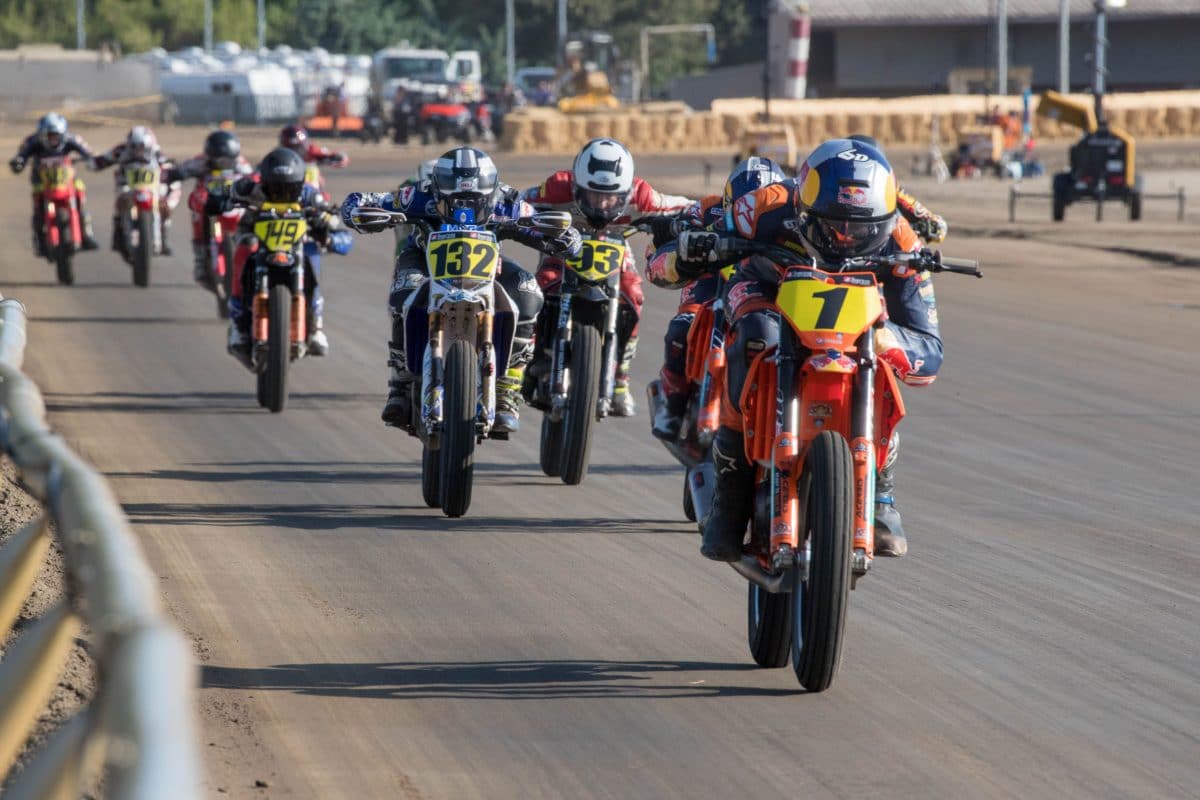 Bromley had a great start to the day’s racing as he powered his KTM 450 SX-F FACTORY EDITION into the lead in the heat race. Texter was able to pass him on lap two but he stuck close behind to finish second. In the semi, Bromley got off to a top-five start and he got shuffled back to sixth by the fourth lap. He battled in sixth for a few laps before reclaiming fifth on the final lap. In the Main Event, he got a top-10 start and settled into eighth early on. He climbed up to sixth just before the halfway point and he continued to fight his way up to the lead battle just before the white flag came out. Sitting in second on the second-to-last lap, things looked positive for Bromley as he drafted into the lead heading into the final corner. However, the other riders gained some momentum coming out of the final corner and it was a photo finish for first through fourth as they all crossed the finish line within tenths of a second of each other. After 15 laps of hard battle, Bromley finished barely off the podium in fourth. With five rounds remaining, he now sits only seven points back in the overall championship standings.

Dan Bromley: “For a second there, I thought I was on the podium but Tristian nipped me at the line for third. Coming off the final turn, I knew it was a waiting game to see who is going to pass me being that I am a much larger rider but overall, I feel that I did everything I could but my size put me at a very large disadvantage.”