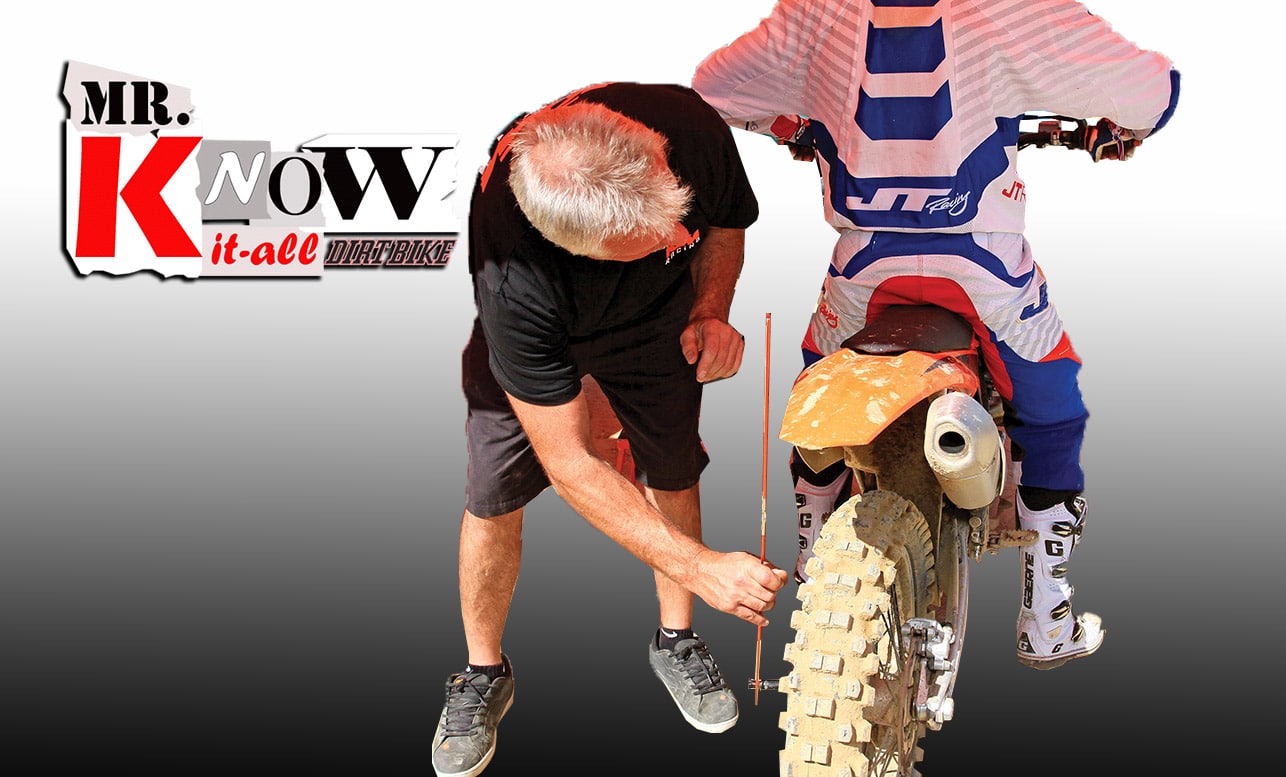 For me, it seems like setting the shock sag to spec provides just a starting point. Then I end up fiddling with fork height and shock damping to cure the chopper or stinkbug sensations.
Please provide some clarity on shock-sag recommendations.
John Barnhart
Via [email protected] 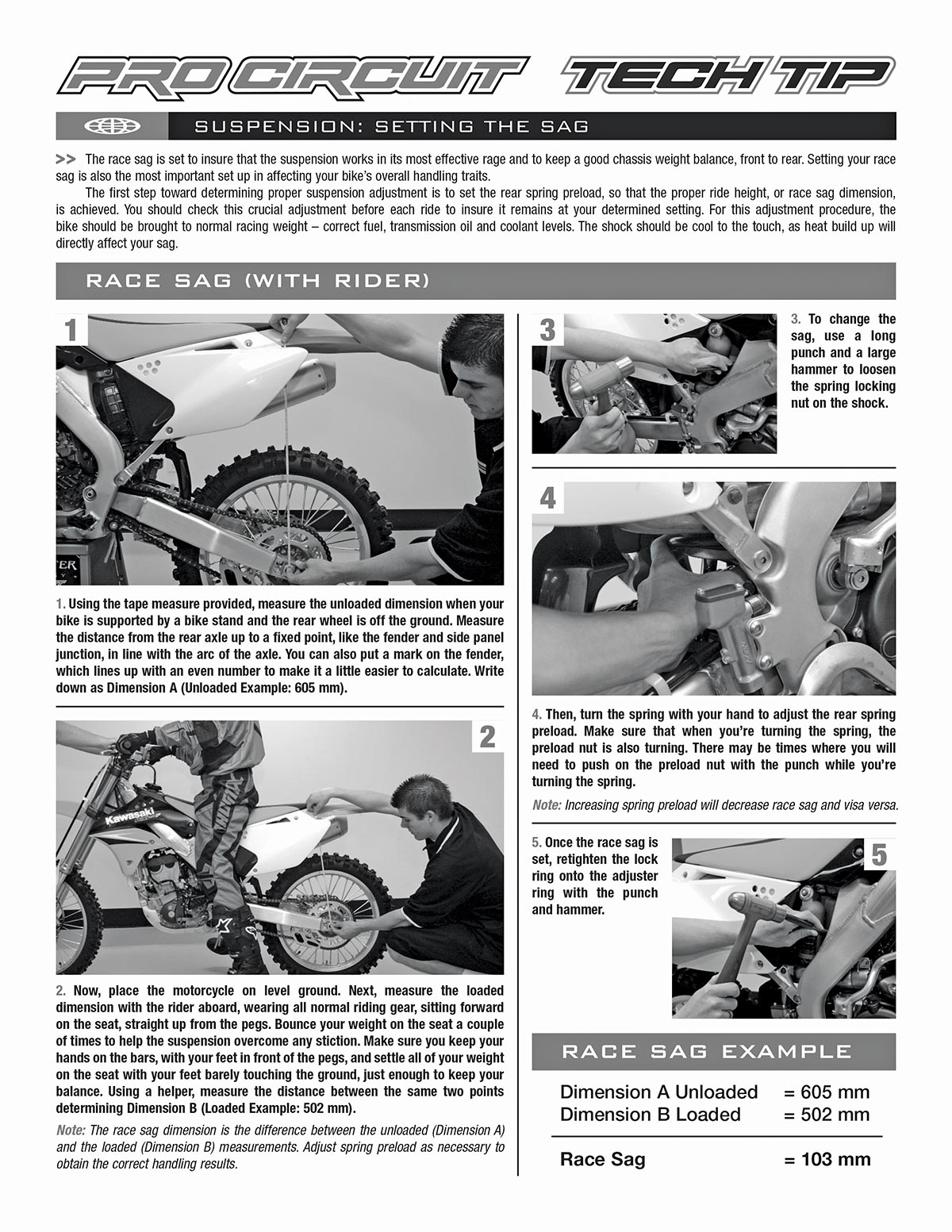 For the thousands of stories published on shock sag, there is still a shaker of doubt on the proper process. The WP team’s general rule for setting sag is accomplished while standing on the pegs, hand on bars, with someone holding the machine upright. The helper should push down several times on the rear section of the machine, trying to get it to settle where the spring and shock damping hold the drop. The measurement is taken from the rear axle or rearward point on the swingarm and should run perpendicular up to the rear fender.

Now there are differing opinions as you’ve stated. Pro Circuit says to set it with the rider (wearing full dress) seated forward on the saddle with his feet in front of the footpegs.

Precision Concepts says, “Properly setting the sag can make a big difference in the bike’s handling characteristic. Having the sag too low will make the bike feel squatty and hurt the cornering character of the front end. Conversely, a sag that is tall can lead to an active shock that may be more likely to kick and a twitchier front end. Generally speaking, most modern bikes tend to like sag measurements from 100–108mm. We’ve found that for closed-course conditions (i.e., motocross, Grand Prix) riders typically like to be on the lower end of that range—105–106mm. In contrast, desert conditions will sometimes require a slightly taller sag—102-104mm. This can help get a longer travel feel for the faster conditions.”

The Race Tech gurus say, “No matter the method, setting the race sag helps determine if you have the correct-rate springs. Spring sag is the amount the springs compress between fully topped out and fully loaded with the rider on board in the riding position.”

My final opinion on the subject is that setting race sag with the rider aboard is crucial to getting the proper spring rate. I run between 102mm and 104mm of sag. I do mine standing with an associate holding the front of the machine. Like you, my settings mutate with a mere shift of my proportionally sound noggin, so don’t panic with slight changes. I always use a Motool Slacker digital tuner, which makes for accurate readings. I can do it myself with their remote LCD, and this is handy, but you can use any number of measuring tools—from the Race Tech Sag Master to a tape measure. Remember, your riding style that day can have an effect, as well as the amount of coffee you consumed in the morning. Be resilient. Test. Make notes, and don’t be afraid to make changes.