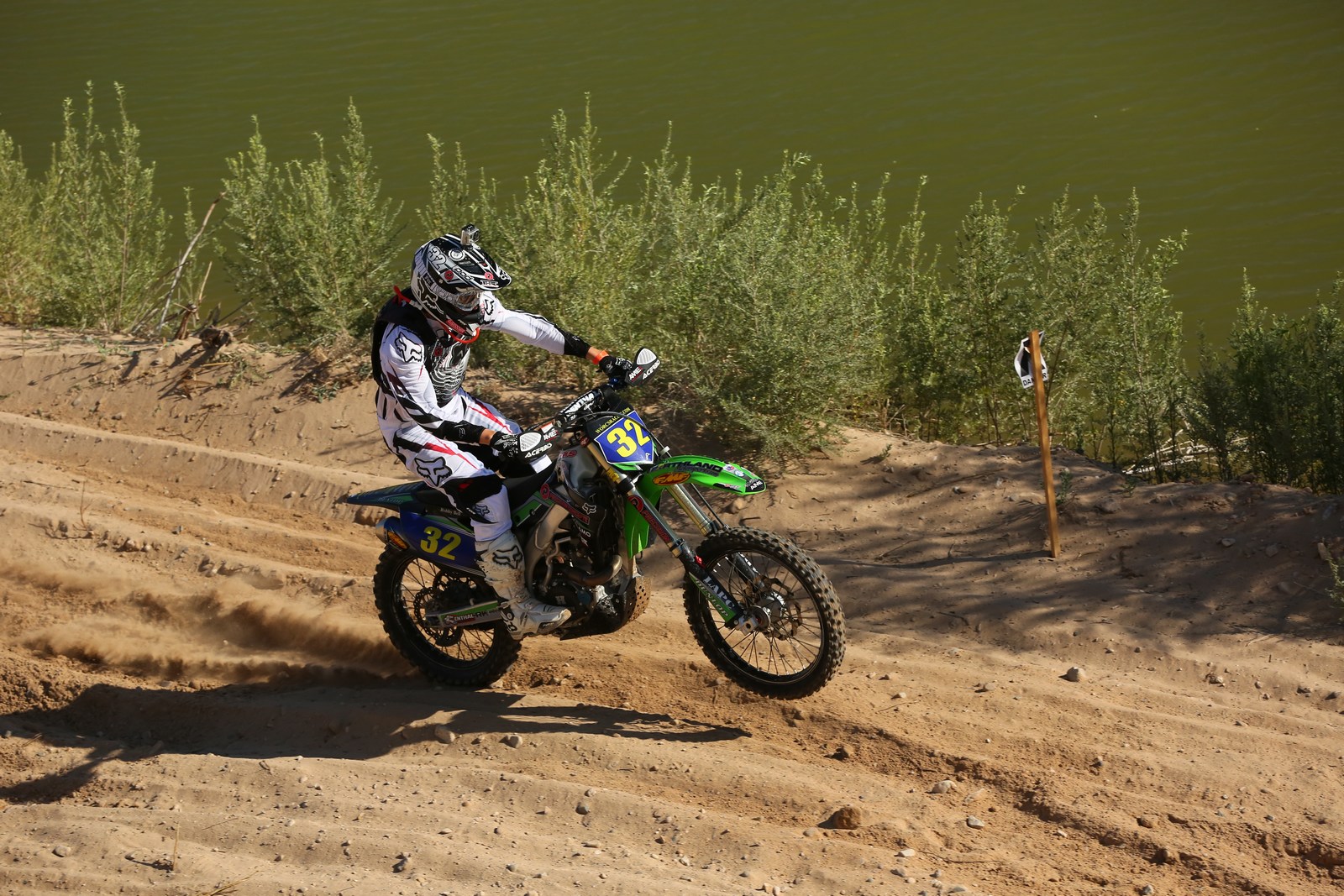 For those who truly bleed off road racing, what better way to spend a spring break weekend than to test your physical limits by racing around a course covered with deep, demanding sand whoops all while being showered with rocky spray coming off the back wheels of sixty horsepower, 450cc machines. Indeed, the third round of the WORCS series has become a benchmark for toughness as the shorter lap times on offer lead to rapidly deteriorating conditions and one brutally rough racecourse. Havasu’s physically taxing reputation has also set the stage for top AMA motocross racers to come out and test their training. This year made no exception as Brett Metcalfe came out as for one heck of a test before he heads up north for the Canadian nationals. With Taylor Robert also back in action, the two-hour pro race was shaping up to be extremely hard fought and everyone was anxiously awaiting the green flag drop.

I was very excited by the prospect of Taylor’s return;  my first win last month felt fantastic, but was also slightly hollow with his absence, so I was fired up at the opportunity to test my speed against him. With dead-engine being the start procedure yet again, the entire start line fell silent as thirty-eight racers concentrated intently on the motionless green flag, anticipating the slightest flicker. The flag flew high into the air and a roar of engines came to life as we accelerated down the short start straight.  My bike had fired quickly; I was in lead pack of three or four riders heading into the first turn and made a quick pivot to the inside, exiting in third place behind Taylor and Justin Seeds. The motocross portion was fairly one-lined and Justin was riding well, making it difficult for me to find a way by. With Gary Sutherlin pressing me from behind and Taylor starting to pull a slight gap, I needed to find a way by quickly. A few corners into the off road section of the racecourse Justin went a little wide and I seized my opportunity to cut underneath him and take second position, leaving clear track between myself and Taylor, who was just a few seconds up the course.

This was what I wanted, a heads up race, Taylor in my sights, a true test of our speed. I charged hard and envisioned of an epic battle full of lead changes and plenty of excitement, but to my chagrin, Taylor was riding really fast. I was working my butt off and, aside from a little arm pump in the early laps, I felt really good, but Taylor was just slightly faster every lap. I’d burn what I felt was a really quick lap, but he’d still inch further ahead and I couldn’t quite seem to match his pace on the day. Once he had pulled a bit of a gap on me I was left to my own thoughts and, while I was frustrated I couldn’t catch him, I was enjoying the track and the challenge of finding new, creative lines in ever-changing conditions. There really wasn’t much more incident as I rode toward the finish; all of the drama was happening behind Taylor and myself as Gary succumbed to some mechanical issues and I heard Metcalfe and Bobby Garrison had a pretty exciting back and forth before Brett would finally take control of the spot. Over the few remaining laps I rode smooth and smart and at the finish I would settle for second place on the day.

My final thought on the day is that I can’t be disappointed: I rode hard and I to the best of my ability, Taylor was just a little faster. What I’m most disappointed about is that I won’t get the chance for a rematch at round four, as he’ll be at the World X-Games. In the mean time I’ll be working on improving my speed in anticipation of the next time we face each other, so we can make a fun race of it and put on a show for the fans. I’d like to thank all of my sponsors for the continued support: Precision Concepts, Alamo Alarms, Fox Racing, PODmx, USWE, THR Motorsports, Northland Motorsports, Ryan Abbatoye Designs and HookIt.com and thank you to all of the team sponsors who make this such a great effort. Congratulations to the WORCS crew for such a successful event at Havasu. The track was really good, the turn out looked great and it was fantastic to see so many people in the pits, supporting the sport we love. Finally, a quick thanks to Ryan Piplic for lugging all of the vases up to the race, Katie and I really appreciate it!