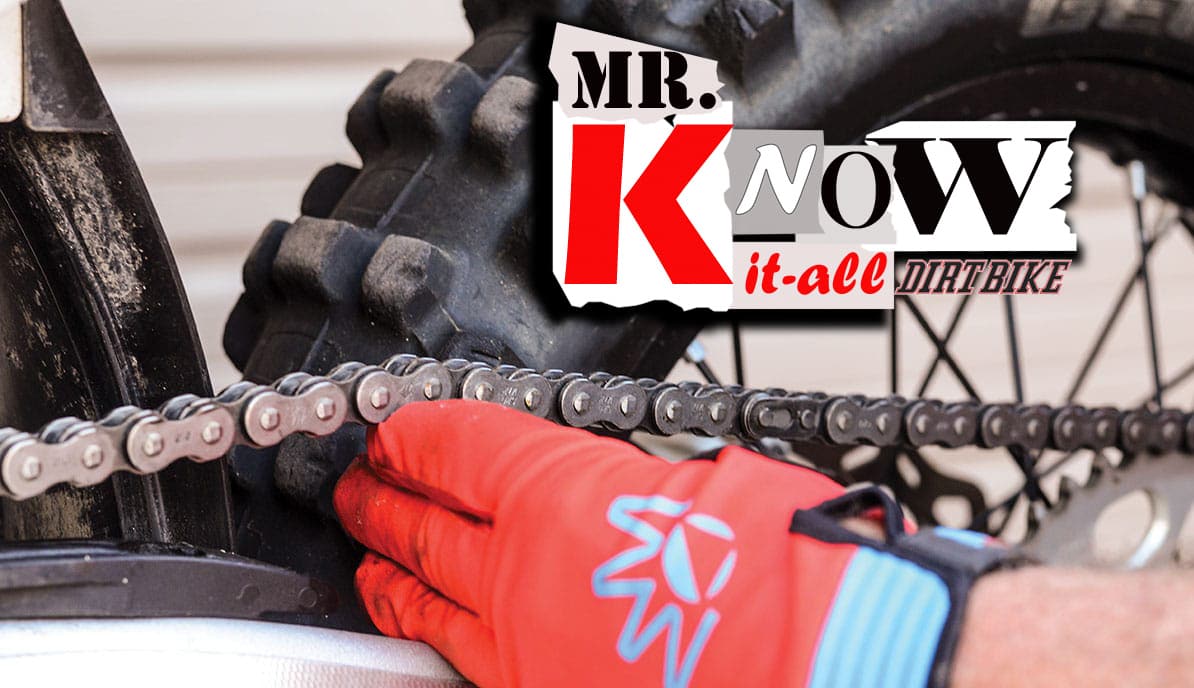 Dear Mr. Know-It-All,
I did not want to have to ask this question, but now I feel compelled. For the second time now since I have subscribed to Dirt Bike, you have posted a piece regarding loose sprockets and chain tension on KTM/Husky bikes. Your responses have made perfect sense to me because I am a former engineer, and I read my owner’s manual before making adjustments, etc.

Obviously, when the German engineer who designed your new $10K bike says to adjust your chain to 2.3 inches of slack, you should listen, even though the chain does look ridiculously loose compared to a Japanese bike. I have a 2018 Husky TE300. I have ridden a lot and have never had any issues with sprocket bolts, spoke tension etc.

Now, the awkward part of my inquiry: I have subscribed to MXA for many years now, and though the wrecking crew there has been very fond of the KTM/Husky bikes over the last several years, one of the big knocks on all of the KTM bikes has been that the spokes loosen and that the sprocket bolts constantly come loose and need attention. Does the MXA wrecking crew need to contact Mr. Know-it-all, or is there something else going on here? I can’t imagine that the KTM people would read these MXA reviews over the last 4–5 years and not say something to the MXA boys if the solution to the problem were as simple as leaving a bit more slack in the chain? Don’t you guys share the same office? This is keeping me up at night. I am really confused!
Bill Anderson
Carlsbad, CA 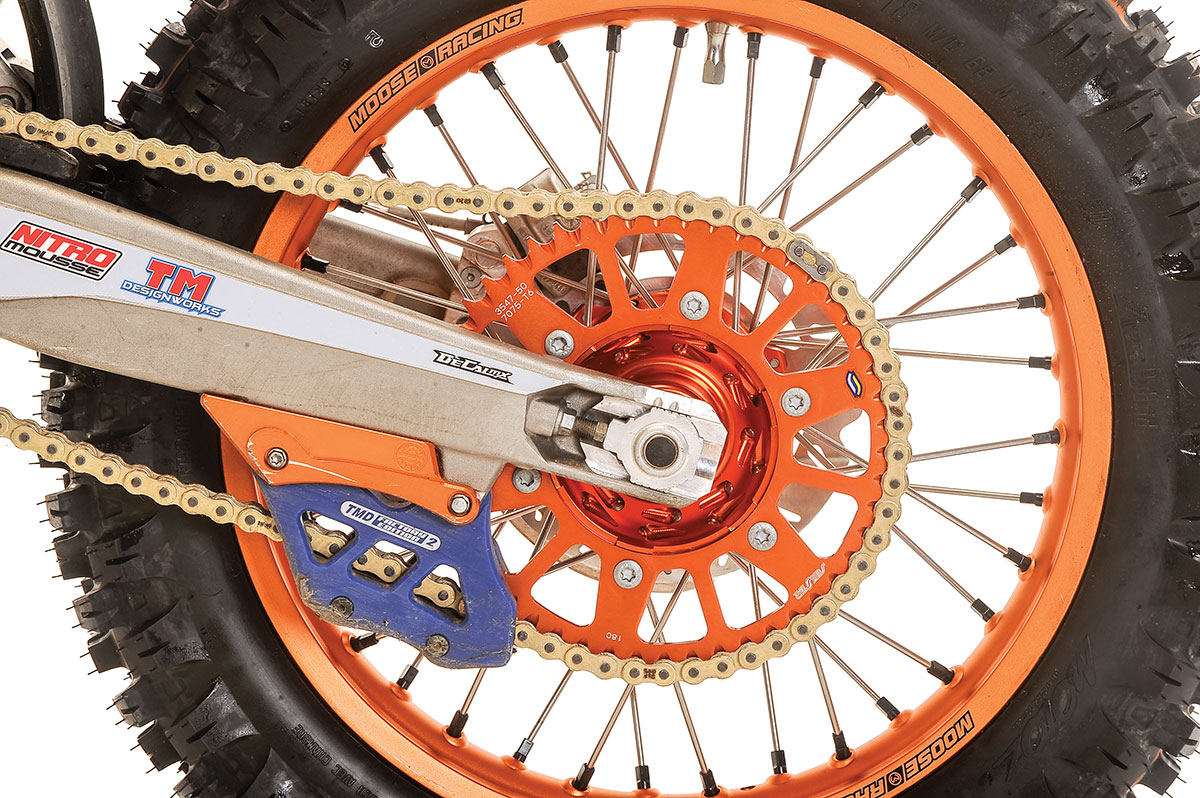 We do share the same address, but that’s as far as the relationship goes. Our office is pristine, deviously decadent and obviously well-organized. MXA’s workplace is littered with orange helmets, pencil sharpeners and old Hodaka pipes. Here’s a video from Jeff Slavins with the proper procedure.

Current suspension technology reminds me of the fuel system of a 1980s car. The OEMs were adding Band-Aid fixes on top of the kludge, on top of nitwittery to keep carburetors viable when they should have just bitten the bullet and jumped into electronic fuel injection.

Like many performance vehicles, my Corvette has adaptive shocks. The shocks contain a magneto-rheological fluid, which means that the viscosity changes instantaneously when subjected to a magnetic field. The magnetic field is created by an energized coil, with the current controlled by an ECU. The ECU takes inputs from shock speed, road speed, multi-axis accelerometers, temperature and testosterone levels to command the suitable damper stiffness.

This technology has been available from your Chevy dealer since 2003, and the current version is really, really good.
Why can I not buy this suspension technology on my new dirt bike?
Mace
Via [email protected]

We had a long conversation with Rob Hendrickson from RG3 Suspension on this exact subject. For those not in the know, Rob has built suspension for top factory motocross teams—for riders like Ricky Carmichael, Ryan Dungey and James Stewart—and has patents on many products, including braking systems for F1 cars. He’s a bit Abby Normal in the brain-power department.

According to Rob, “First, and this is mostly speculation as to why the OEMs haven’t gone towards this technology, I would say that the main reason is cost. The finished system is likely relatively inexpensive to manufacture per unit, but development costs may be prohibitive.

“The dynamics of a sports car (even a high-end Lamborghini with active suspension) versus a dirt bike are worlds apart. The vehicle roll, pitch, road speed, suspension speed, etc. of a sports car, although seemingly excessive and visceral, is minimal compared to the wheels-off-the-ground, zero-reading, dead-air-to-10-meters-a-second impacts and unrelenting abuse a dirt bike suspension experiences.