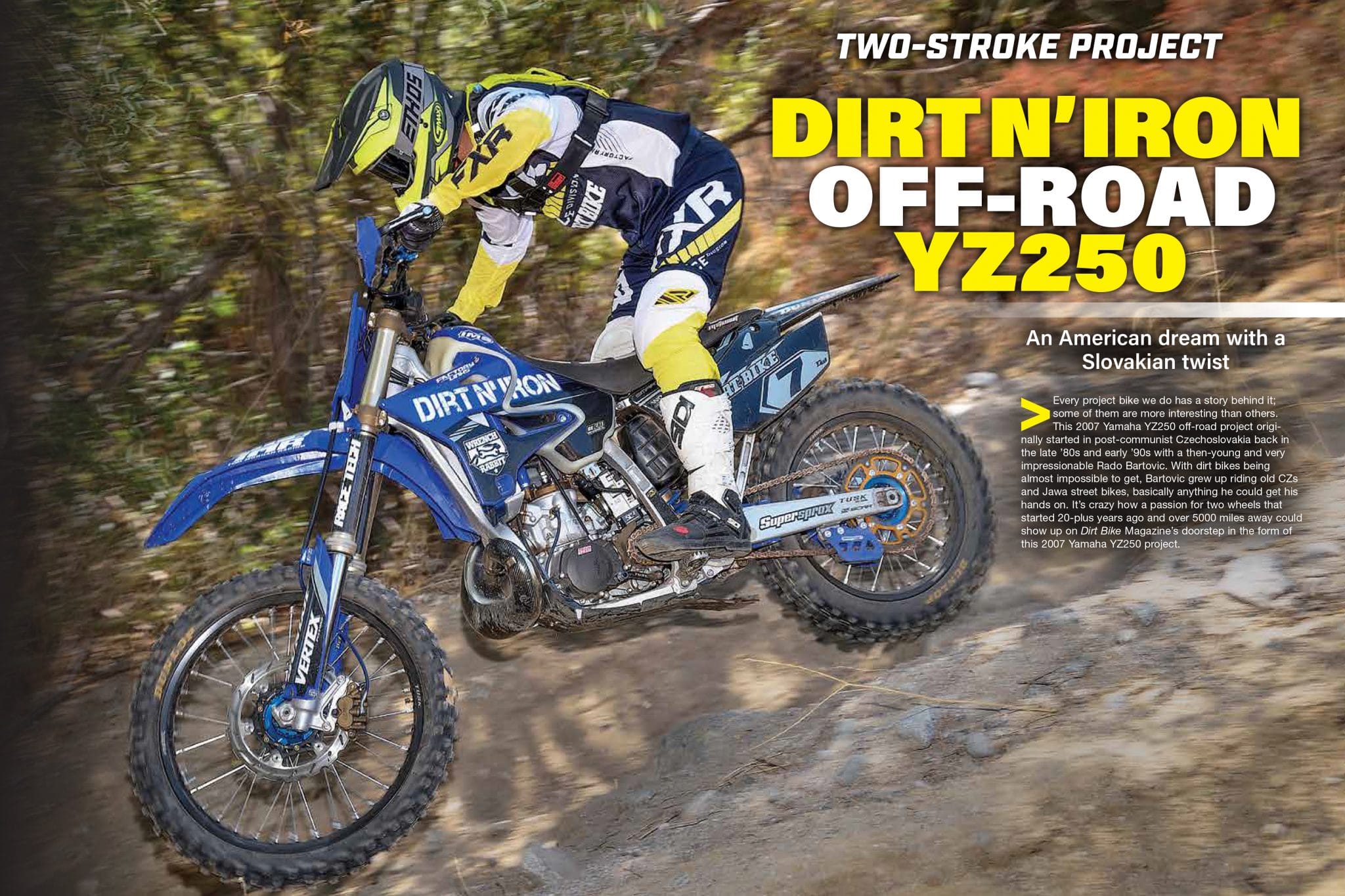 Every project bike we do has a story behind it; some of them are more interesting than others. This 2007 Yamaha YZ250 off-road project originally started in post-communist Czechoslovakia back in the late ’80s and early ’90s with a then-young and very impressionable Rado Bartovic. With dirt bikes being almost impossible to get, Bartovic grew up riding old CZs and Jawa street bikes, basically anything he could get his hands on. It’s crazy how a passion for two wheels that started 20-plus years ago and over 5000 miles away could show up on Dirt Bike Magazine’s doorstep in the form of this 2007 Yamaha YZ250 project. 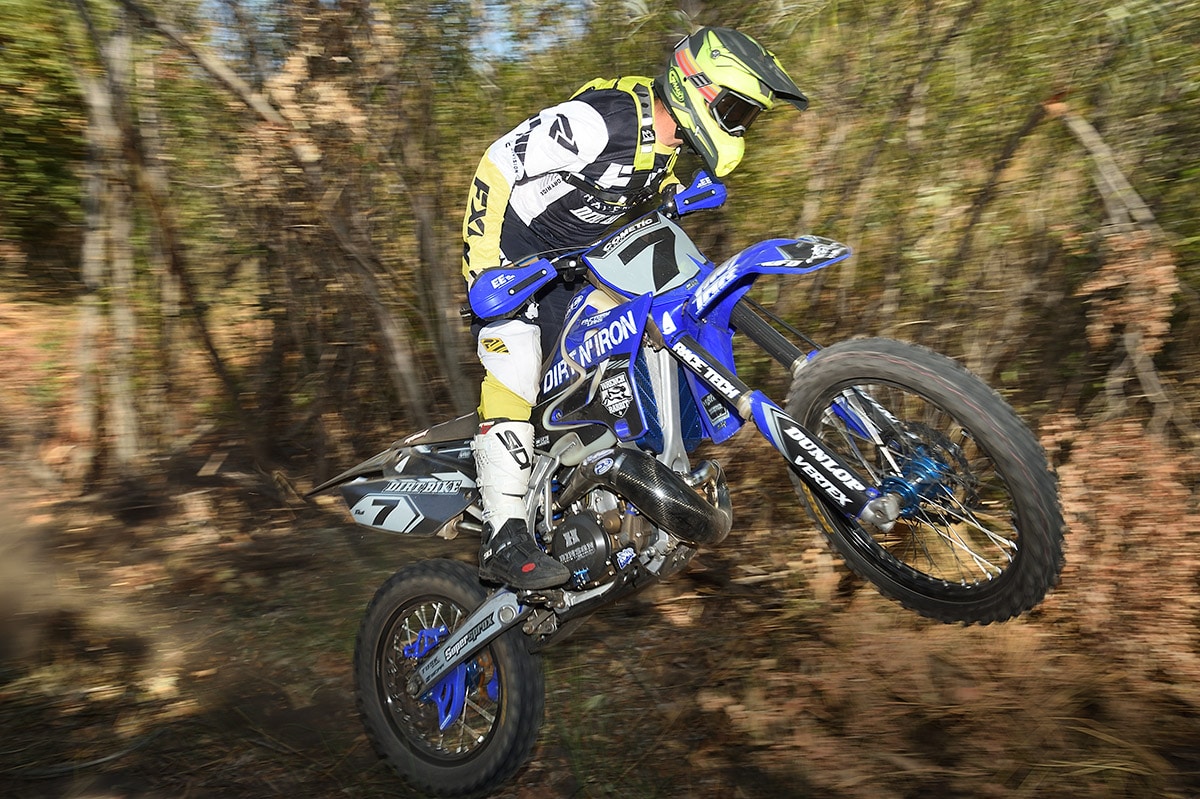 Rado Bartovic moved his family to Southern California back in 2014, right down the street from the Cahuilla Creek MX track. It wasn’t long before he bought a dirt bike and the off-road fever would spread through his veins. His newfound passion prompted Bartovic to share his experiences with the world by starting his own YouTube channel called “Dirt N’ Iron.”

This 2007 YZ250 two-stroke build started off with an ad on Craigslist, just like so many others, and the engine was locked up solid and had been stuffed in the back of a garage for years. With the exchange of 10 Benjamin Franklins, Bartovic was headed home with a laundry list of possibilities swirling in his head. The idea that stuck was an off-road build, something similar to a modern-day YZ250X but better. Without knowing the exact history of the bike, the decision was made to dismantle everything. This is always the easy part and happens quickly. Within a few hours, there was a pile of parts on the garage floor and an engine ready for teardown on the workbench. 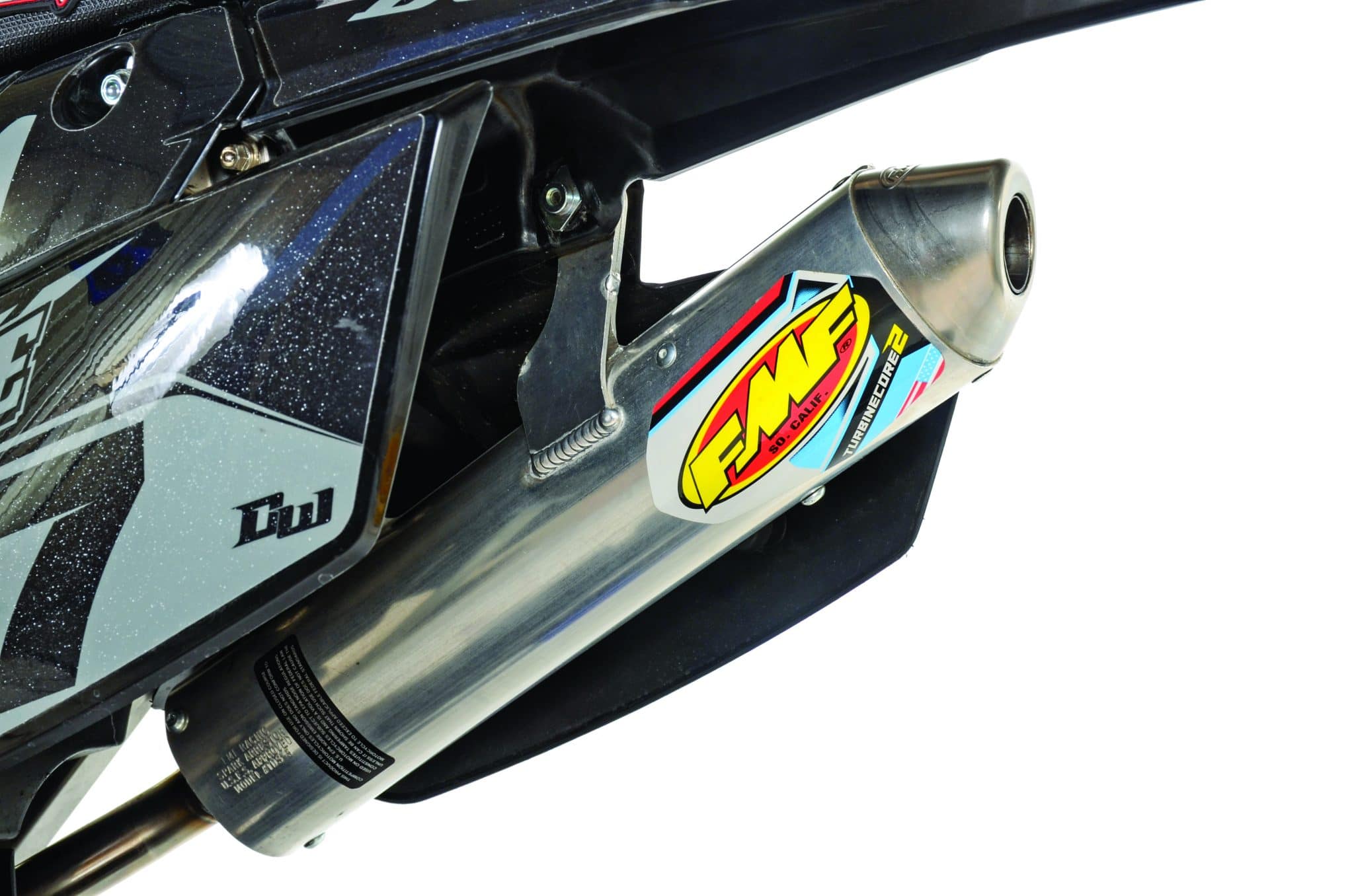 The FMF Turbine Core 2 silencer is crucial to this off-road build keeping us legal on the trails with a US Forestry Service Approved spark arrestor system.

With the engine being locked up solid, finding out the problem was our first priority. A seized lower end was the issue, but there was some good news—the cylinder and head had some scuffs but no major damage that needed further repair, so they were immediately sent out to Tom Morgan Racing. The plan was to have them cut and reshape the head while porting the cylinder to make it a little more off-road-friendly. Internally, the engine was completely rebuilt using a kit from Wrench Rabbit that includes all the gaskets, seals and bearings needed. A complete billet-proof clutch and CNC-machined billet-aluminum clutch cover from Hinson Racing replaced the OEM units for some additional performance and durability.

The last major internal change was also done in the transmission, where the YZ250 MX gears were replaced with YZ250X gears, making it a wider ratio. While the engine was apart, one of Bartovic’s Dirt N’ Iron YouTube subscribers, Moto-Blasters, took care of all the hydroblasting and various Cerakote finishes throughout the build. The engine was bolted back together with brand-new Nickel Wurks hardware kit from Specbolt that are stronger than OEM and provide a clean factory look.

The chassis received the same attention as the engine. Race Tech took the lead on the YZ250’s suspension needs, rebuilding both the fork and shock. Their patented Gold Valve system was used on both ends, along with a slight spring-rate change searching for a plush off-road setting. With the bike being neglected for multiple years, all bearings were in need of some love. Kits from Factory Links replaced worn-out linkage, swingarm and head-stay bearings. Stopping power on both ends of the YZ received upgrades, starting with a bronze Cerakote finish and followed by a complete internal rebuild using new parts from All Balls Racing and topped off with steel-braided lines from Tusk Off-Road.

Most off-road builds have one thing in common—they require a large amount of aftermarket bolt-on items to complete—and this Dirt N’ Iron YZ followed suit. Protection-wise, products from TM Designs, P3 Carbon, Enduro Engineering, Bulletproof Designs and AXP skid plates were used. To give the machine a more updated look, a complete restyle plastics kit from UFO and a semi-custom graphics kit designed by Nic Wright at Decal Works did the trick. Probably one of the single-most important products to include on an off-road build and especially an MX conversion-type project is an oversized IMS gas tank. Trust us, it’s never fun to run out of gas on the trail! The last few external bolt-on engine performance items came in the way of a complete FMF exhaust system, Boyesen Supercooler, Smartcarb and Moto Tassinari VForce intake system.

With all the building complete, it was finally time to ride. On paper this machine has just about everything it needs to be the ultimate off-road weapon, but just because all the components are there doesn’t mean they mesh together perfectly instantly. Looks-wise, the Dirt N’ Iron YZ250 is a home run! We have always loved the UFO YZ restyle kit, and the crew at Decal Works came through again with a graphics kit that makes the bike stand out. If you look closely, it has silver flakes that, under light, sparkle. The engine has loads more bottom and midrange power than the stock YZ250, which makes it really fun on tight technical, but we did spend ample amounts of time dialing in the fuel mixture before it worked perfectly, but with this many modifications, that is to be expected. 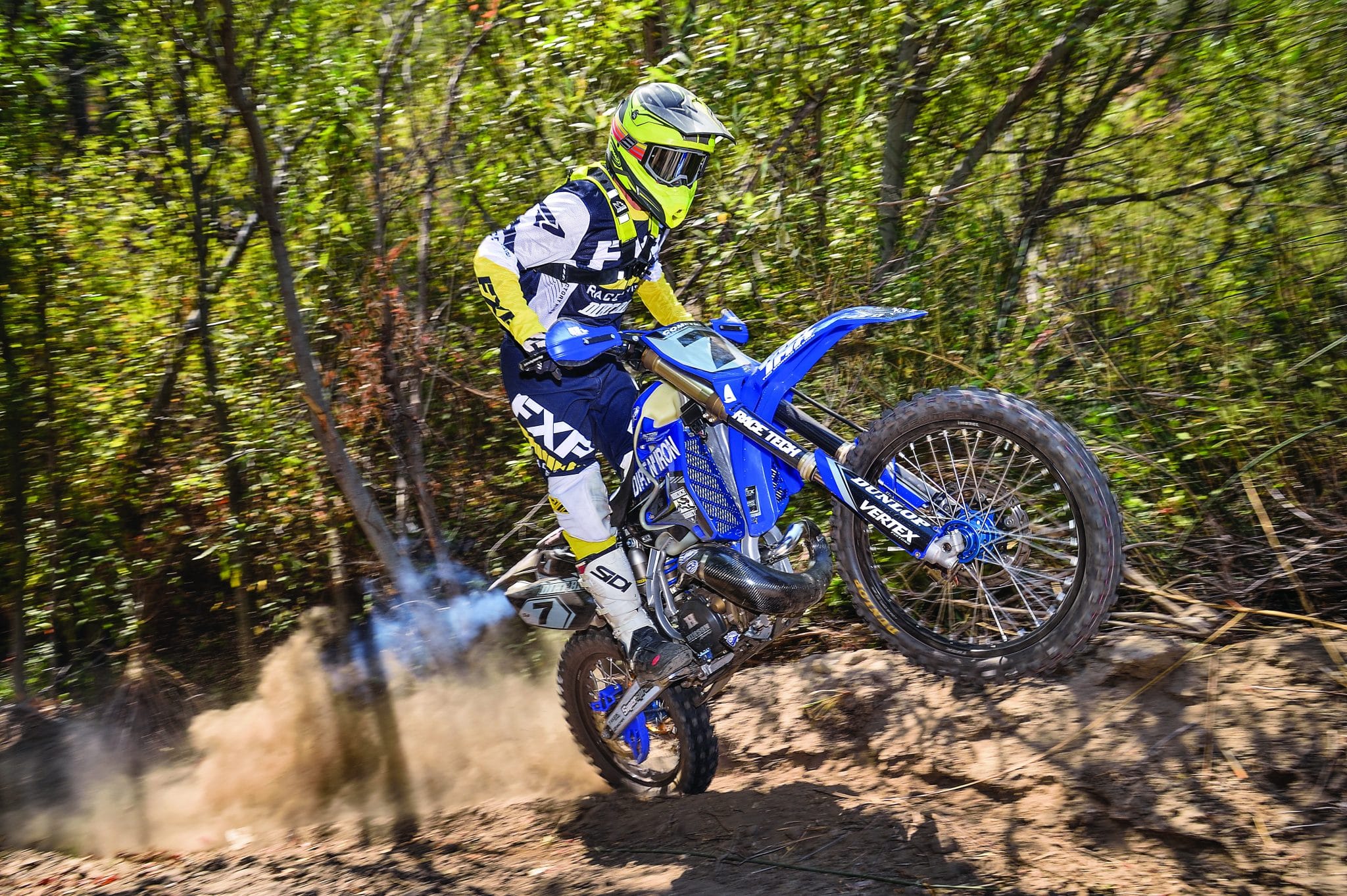 We are, however, still scratching our heads when it comes to the wide-ratio transmission modification. It worked great on some trails, but on others, we found ourselves in between gears. Race Tech nailed the suspension settings for tight, technical, off-road-type trails going at a brisk pace. This setup is too soft for our faster off-road test riders, but it’s set up for off-road riding, not off-road racing.

Spending countless hours locked in his garage over a span of about nine months, Rado Bartovic emerged with a beautiful 2007 Yamaha YZ250 in off-road trim that personified his American dream. Now, these are the kinds of projects that touch our hearts and keep us coming back for more every day. Thank you to Rado and the Dirt N’ Iron subscribers for letting Dirt Bike be apart of making yet another American dream come true.