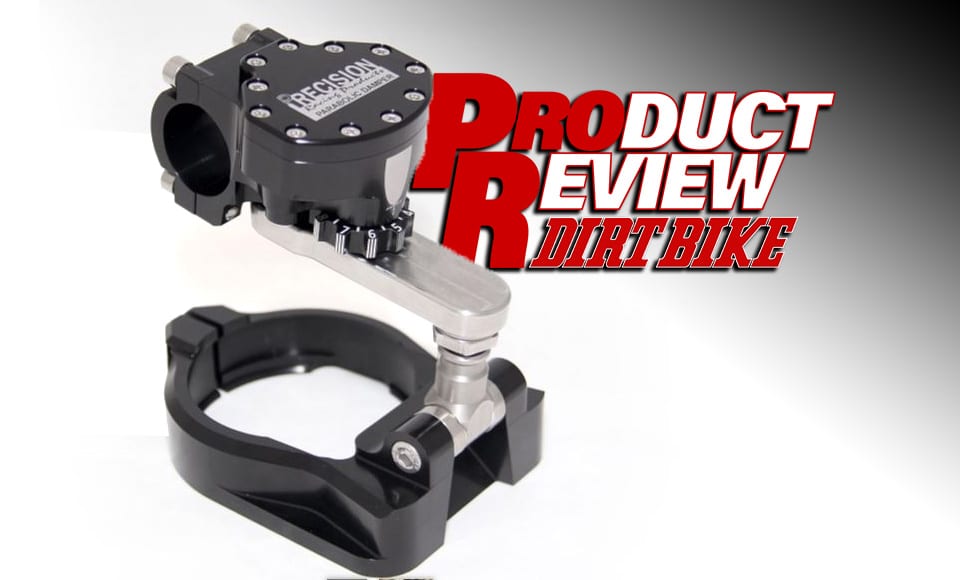 PRODUCT: It’s no secret that a steering damper is essential to off-road racing in the west. High speeds and rough terrain play havoc with stability, and when you don’t have to use so much strength to hold the bike straight, it allows you to go faster, longer. The guys at Precision first got into the damper business by offering products for ATVs. Now, they are in the motorcycle market, and their products are used by riders like Taylor Robert of the Red Bull KTM team and Zach Bell of Monster Energy Kawasaki. The Precision Parabolic  damper differs from other dampers in a number of ways. The most obvious is that the damper doesn’t need to be mounted square and parallel right over the steering stem. A number of pivots allow the linkage to move in several different planes. This frees up mounting possibilities. You no longer have to use a taller bar mount to put the damper under the bars—or mount the damper on top where it’s obtrusive and vulnerable. The Precision damper mounts behind the handlebar where it’s barely even noticeable. The damper is also much more compact than other dampers and far lighter. 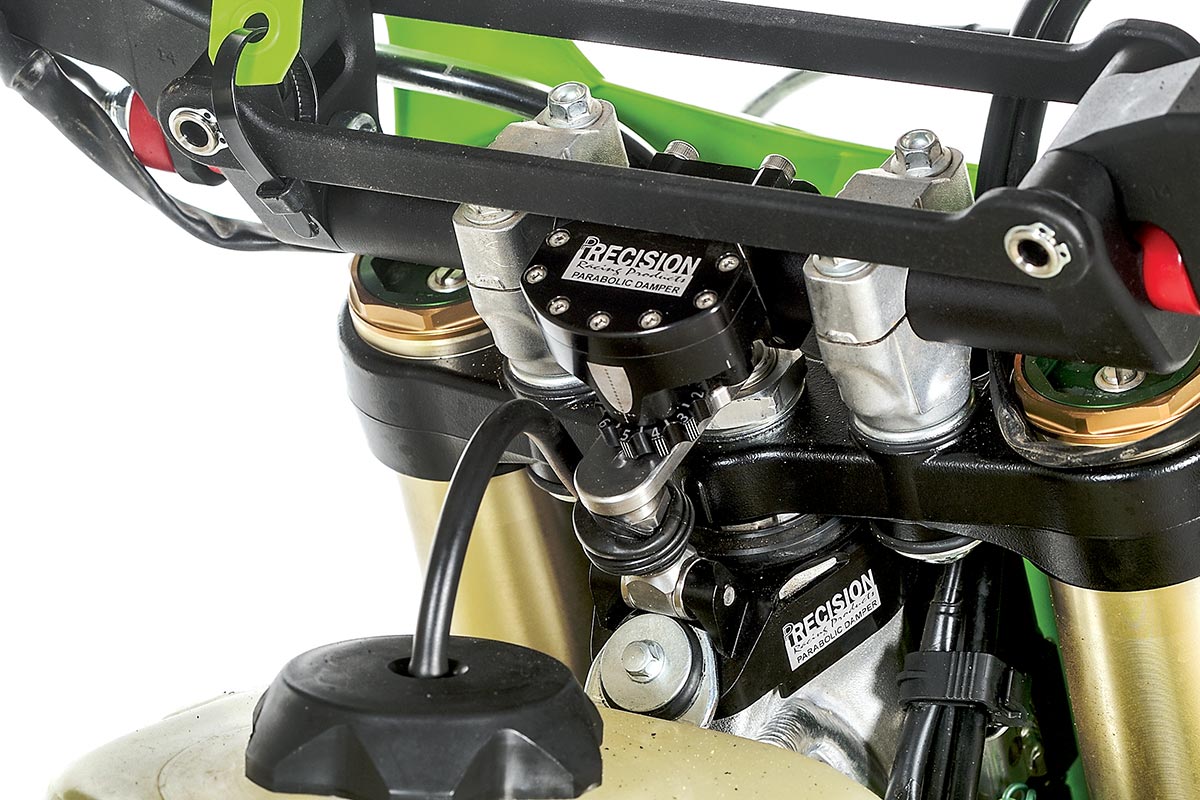 OUR TAKE: We have been using a Precision damper all season on our Kawasaki KX250X off-road racer in western-style GPs. It’s been perfect for that application. At the high speeds typical of these races, head-shake is absolutely eliminated. You can adjust the low-speed damping resistance through a thumbscrew on top and the high-speed independently through a screw under the damper. At first we routinely ran the low-speed at about five or six clicks out, where there was no noticeable resistance under normal riding at average speeds. For really fast courses, we turned it up to four clicks to reduce arm pump. Eventually, we got used to that setting and liked it everywhere. Precision has its own damping characteristics. The resistance is greater in the center when you’re pointed straight and reduced on the sides for turning. There’s also reduced resistance for returning to center. Maintenance hasn’t been an issue so far. With so many pivots, we were worried that the linkage would dry out, but we inspect it after each race, and it’s been good so far. We also love the fact that when it’s time to change the oil, we can do it ourselves without any special tools.

Overall, the Precision Parabolic damper is extremely well-made and engineered. You pay for it, too. A damper with a mounting kit isn’t cheap. For this kind of quality, it never is.
Price: $599 (with mounting kit)
Contact: https://precision-rp.com, (209) 365-1850