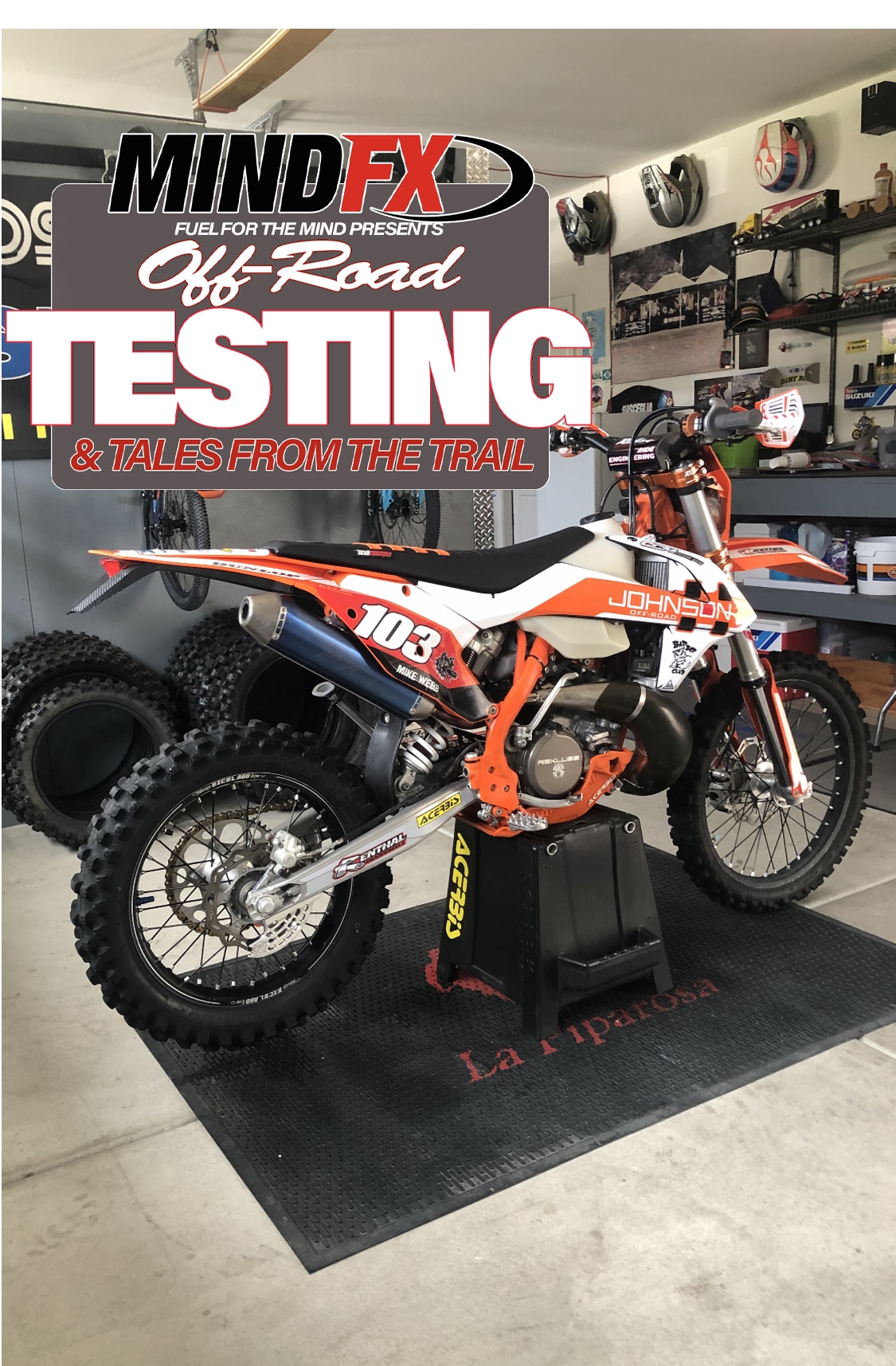 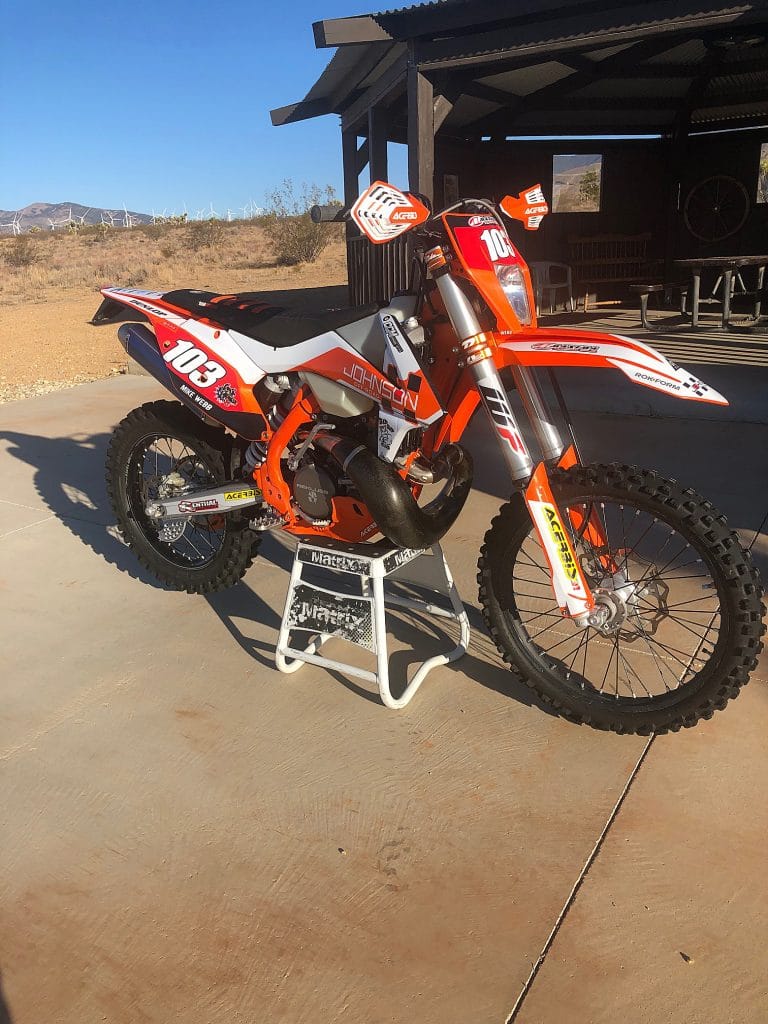 I’ve been riding Japanese 450 motocross 4 strokes since 2006, in fact, the last European bike I owned was a 1972 CZ250. The past 3 years I converted an RMZ450 for off road use, mainly suspension mods, tamed the motor down and added assorted protection. In all honesty I was happy with the big girl, she was reliable, was killer on the big climbs we did in the winter and I could pretty much hang with the pace of our group.

Then on a big annual trail ride we do she became a handful, stalling in the technical nasties, the kick starting was a pain in the butt, and it seemed like it weighed a ton in the endless sand washes. Plain and simple it wore me out. On the long drive home it got me thinking, both my brothers were now riding state of the art KTM300’s and they were ecstatic with the performance of the fuel-injected 2-strokes. Since I could hang with them on the trail I never it gave it much thought but now I was thinking this might be the way for me as well.

As fate would have it my brother Tom was willing to part with his 300 XCW and I quickly laid down the green backs to get her. This was the holy grail of 300’s as Wolf had installed extensive aftermarket test products all in the pursuit of performance gain.

He went with the Slavens Racing S3 high compression head mated to the GET ECU for a spectacular engine upgrade that enhanced the low RPM manners and infused a massive mid to top surge that would run with any big bore. Mapping was dead on, and the stock lean feel was erased. Tom tried a collection of exhaust systems, but my pick is the stock pipe wrapped in an E line carbon guard, mated to a FMF Power Core silencer. Again, this achieved low end tractability with big smile top end.

Wolf had Slavens Racing rework the fork after he rode Jeff’s personal 300 in Colorado. He said it was flat incredible. In stock trim the XPLOR fork is soft, lacks predictability and bottoms easily. Slavens Racing sells the MX Tech Lucky Cartridge system which has dual compression and rebound cartridges (stock is compression left, rebound right leg). They are valved using Jeff’s ‘Mule’ spec and target tough enduro terrain. These dual cartridges distribute valving equally between the two dampers, use leaf spring mid-valves, optimized pressure balance and provide a wide performance profile for riders who expect a plush ride while maintaining excellent traction and control. To control the bottoming the Lucky MX Tech kit uses their MXT Huck Valve. It’s a speed sensitive bottoming control, using a pressure sensitive valving mechanism. This allows for both high entry speeds and slower speeds effectively. MXT Huck Valve equipped forks allows the set-up to be plusher while not sacrificing the overall control of the fork.

Tom, a bit heftier than I (actually I’m being nice here) had it setup for rocky terrain. I use it in faster high desert, to mountain trails and the spring rate is on the money. It’s super plush and compliant in the rocks, roots and small hack but with enough spring rate to hold up when I start booking it in the higher speed arena. Overall, it’s a killer fork!

The PDS shock has stock valving and spring with a Kreft large capacity reservoir. I’ve slowed the rebound down because of the quick nature of the PDS and the balance between front and back is soooo good, both ends complement each other well. Wolf also installed Fastway Evolution 4 lowered stainless steel foot pegs, these gave a nice big foot pad area, excellent traction and are 5mm lower which provides a nice degree of comfort while sitting and improve my ability to weight the pegs while searching for rear wheel bite.

Tom had his selection of bolt on goodies, but over the years I’ve found products that are a must on my personal steeds. I ordered all Acerbis plastic for the body including the hand guards, engine protection and chain guide.  The new Ride Engineering split billet triple clamps are functional with multiple position choices, dampened bar mounts and a sick bling factor. I’m really stoked on the ERA Team Johnson Off Road graphics, I’ve put on graphics for 30 years and the fitment on them are precise, impressive stuff.

Saddle wise the stocker is too stiff.  I fit on a Seat Concepts gripper complete seat loving the seat traction and good feel to the foam. I did strip a seat bolt which was a complete hassle, but I think that it was me getting too jiggy with a T handle.  Tom had to replace the rear rim with an Excel after Kyle Redman taco’d the stocker in a photo shoot and a trick Enduro Engineering rear shark fin protects the rotor. The hubs are stock, gearing is standard (13/50) and it’s fit with a DID X-Ring chain. 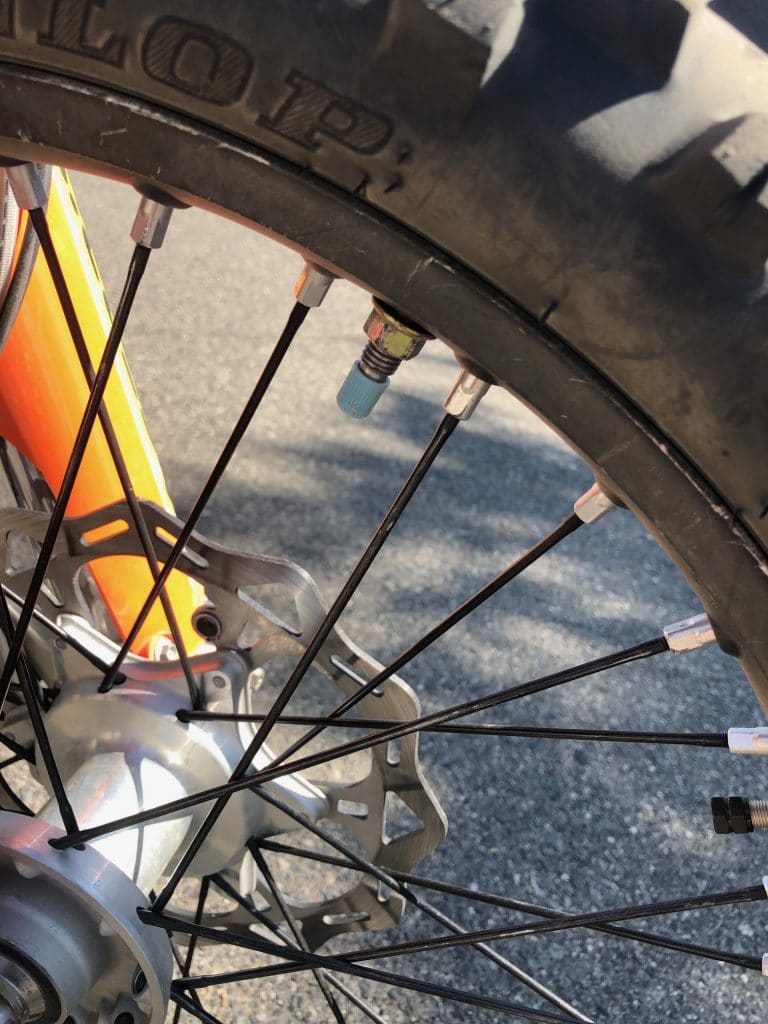 Tom fit up a Nutech Tubliss front, which I thought was a pain in the ass. After some serious trailing I now crave the ability to run lower air pressure without fearing a front pinch flat. Out back it’s a heavy-duty Dunlop tube with Dunlop MX33’s tires front and rear. Even though the front tire is now due for a freshy, the ability to run lower air pressure keeps it performing at a solid level. I would never run a rear tire on my four strokes as long as I have on this 300 but the character of the 2-stroke engine still provides ample traction even with worn knobs. Proper service of the air filter and fresh Maxima injector and trans oil is the brunt of the maintenance. 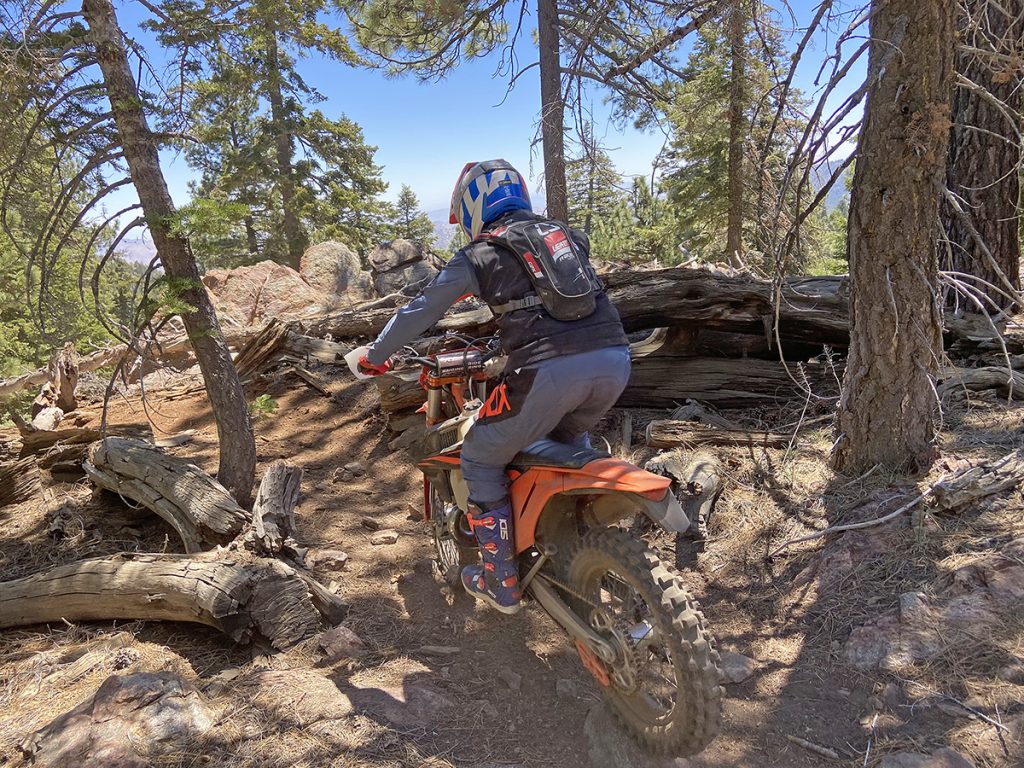 I would have bet a good chunk of change that me switching to a modern day 300 two stroke would not make me a better rider, but you know what? I was dead wrong. I’m honestly riding like I was a decade ago, this bike is such a game changer. Even in the driest summer months I’m climbing behemoths I would think twice about on my four-stroke on a Velcro winter day. The 300’s ability to tract on off camber rock and hard pack is goat like and the renewed comfort level on steep nosebleed downhills has taken years off me. I hate to say it, but I should have pulled the trigger years ago.