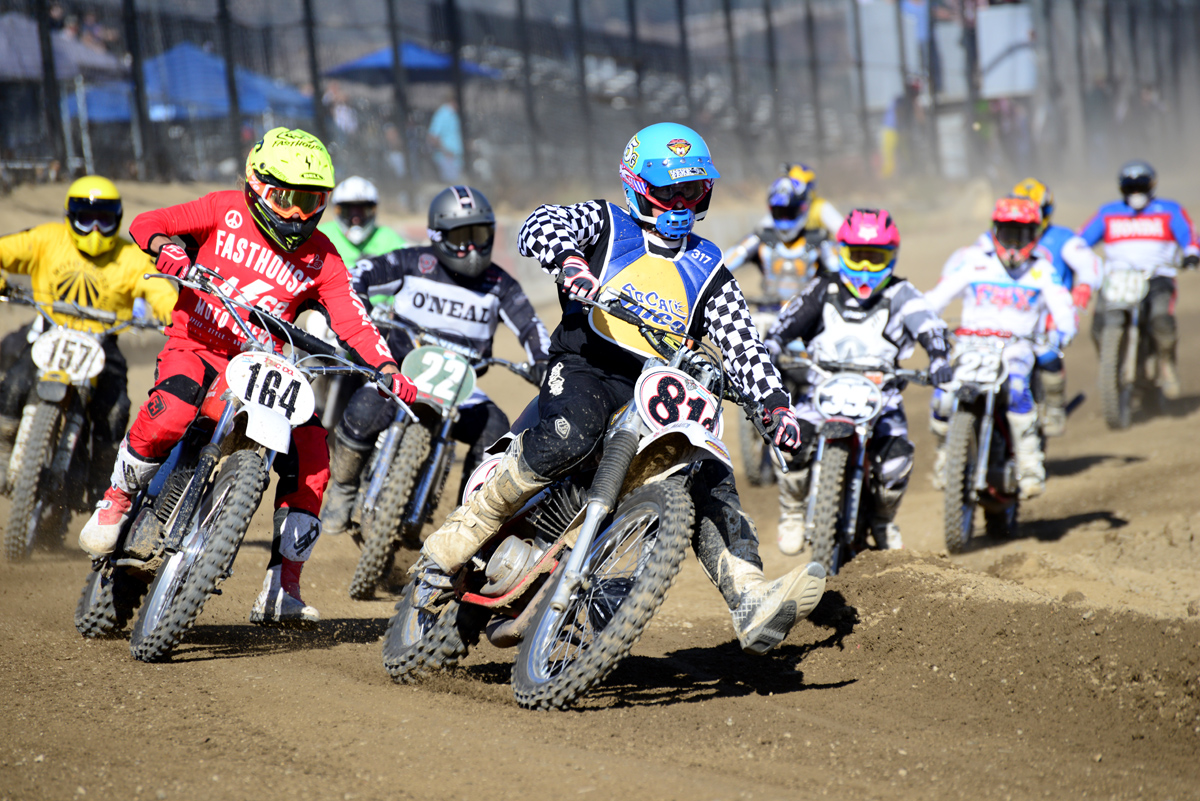 The Old School Scrambles group held its last race of 2017  Sunday at the Lucas Oil Pavilion within the Glen Helen facility. This is a loose and friendly organization that doesn’t take racing as seriously as it does companionship and fun. The rules are vague, but basically it’s a vintage race that acknowledges that all bikes have a vintage and are welcome to ride. If you show up with a motorcycle of any type or age, they will find a class for it. That gives rise to some interesting racing, ranging from adult on minis to former national championships, squaring off. 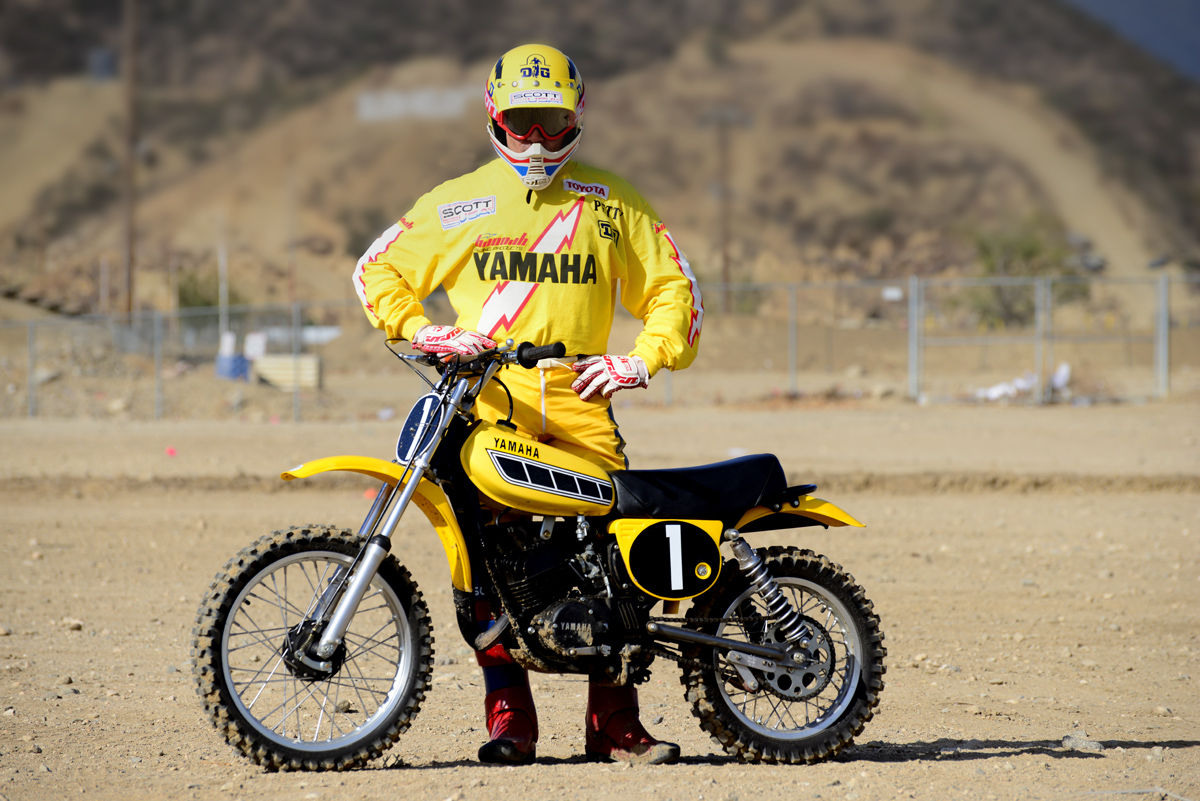 Eric Casa puts a lot of effort into having fun. He has his own group of riders that show up the first Friday of every month at Hungry Valley to race vintage minis. 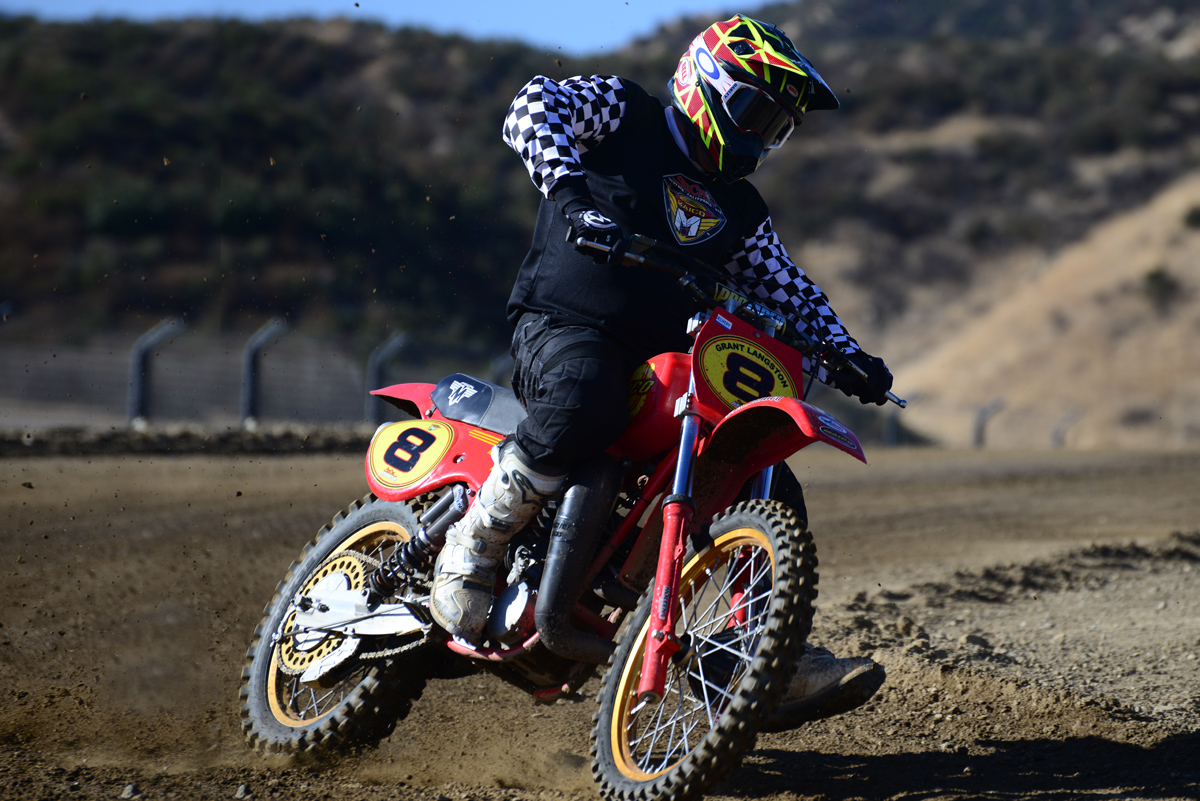 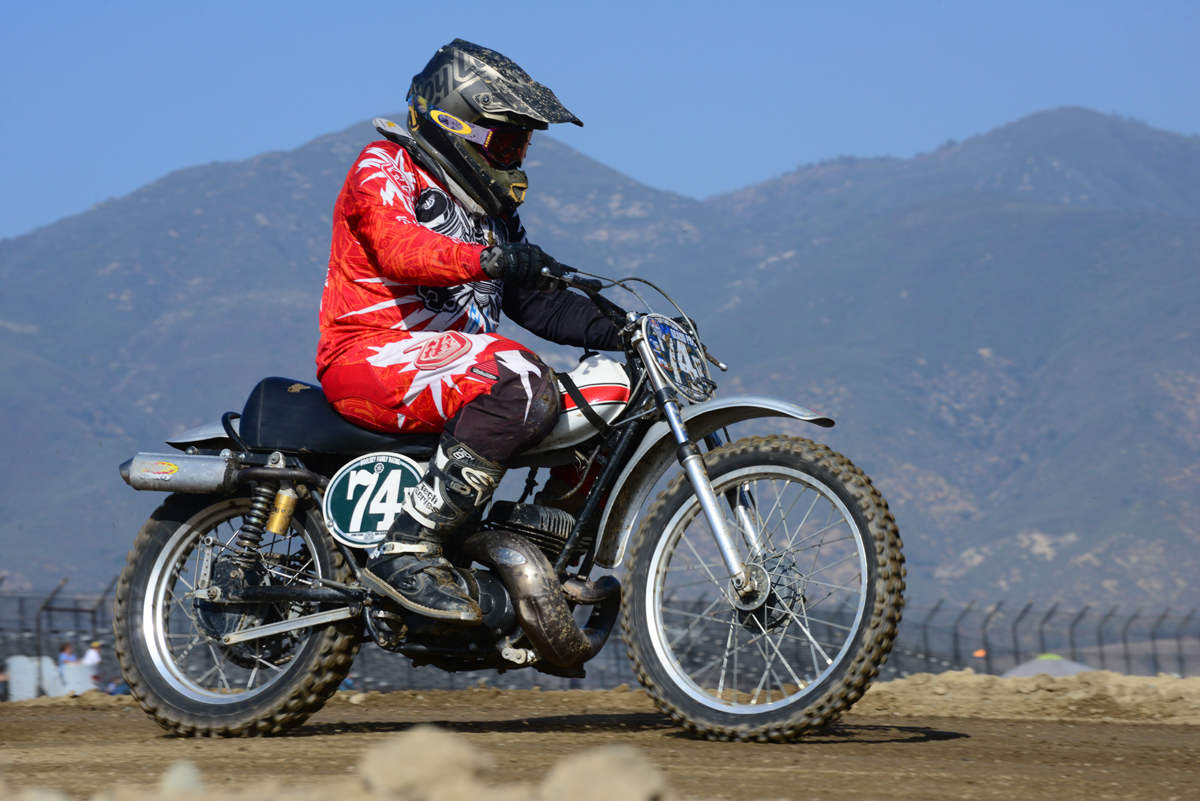 We suspect that some of the parts on John Wolsey’s 1974 Yamaha YZ250 were manufactured after 1974. It’s less about the technical details and more about having fun with dirt bikes. 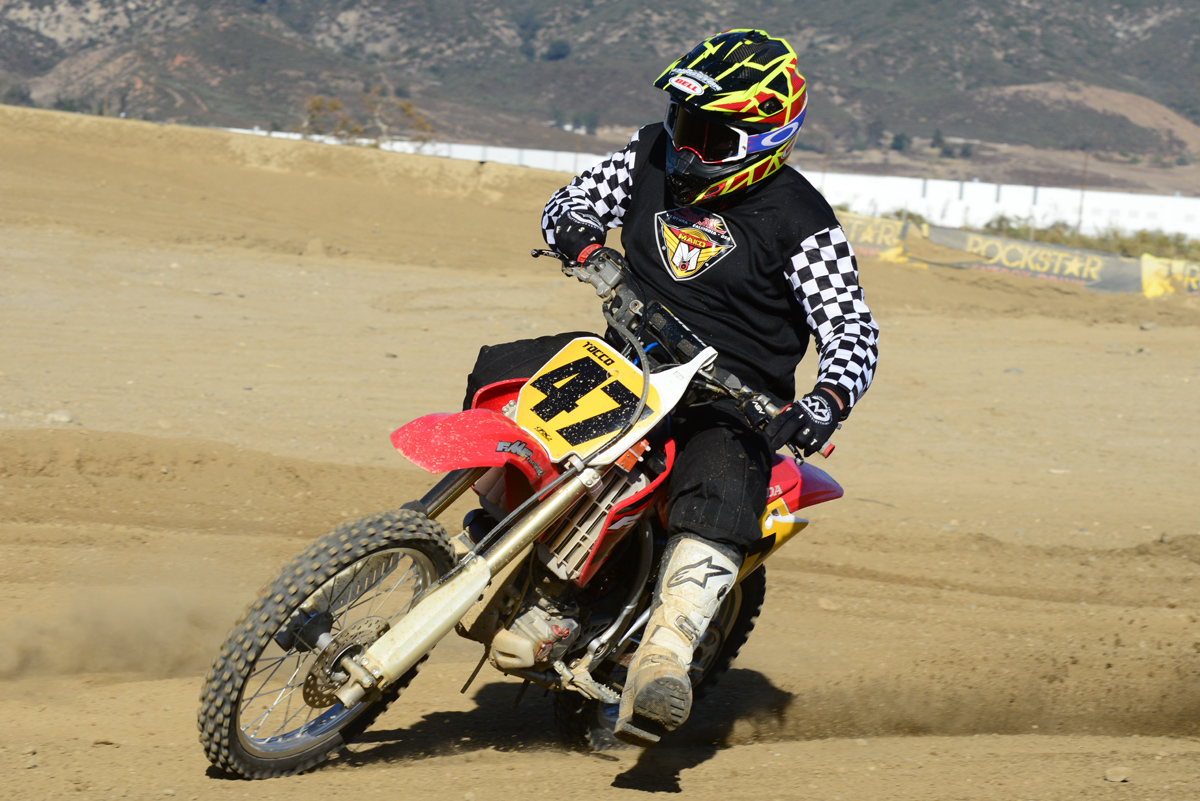 Just to prove that they will let you race anything, Bob Tocco showed up with a couple of Honda CRF150s, loaned one of them to Grant Langston and they were off to have a race of their won. Grant won, Bob didn’t care. 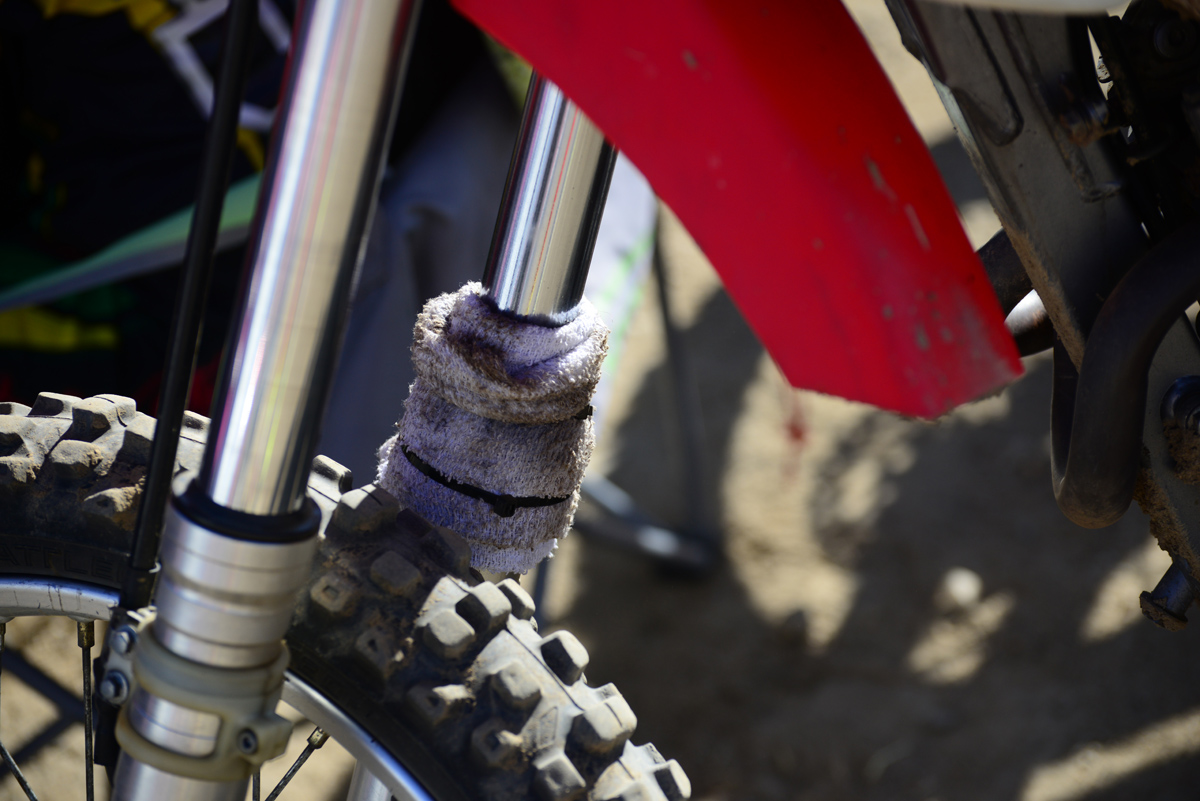 You see some interesting improvisions on old bikes. The Old School Scrambles Group has its 2018 schedule inked. The dates are:

All will be held on the Lucas Oil Pavilion at Glen Helen. For more info, contact Old School Scrambles.

BLAST FROM THE PAST: GARY SEMICS MAMMOTH MOUNTAIN MX