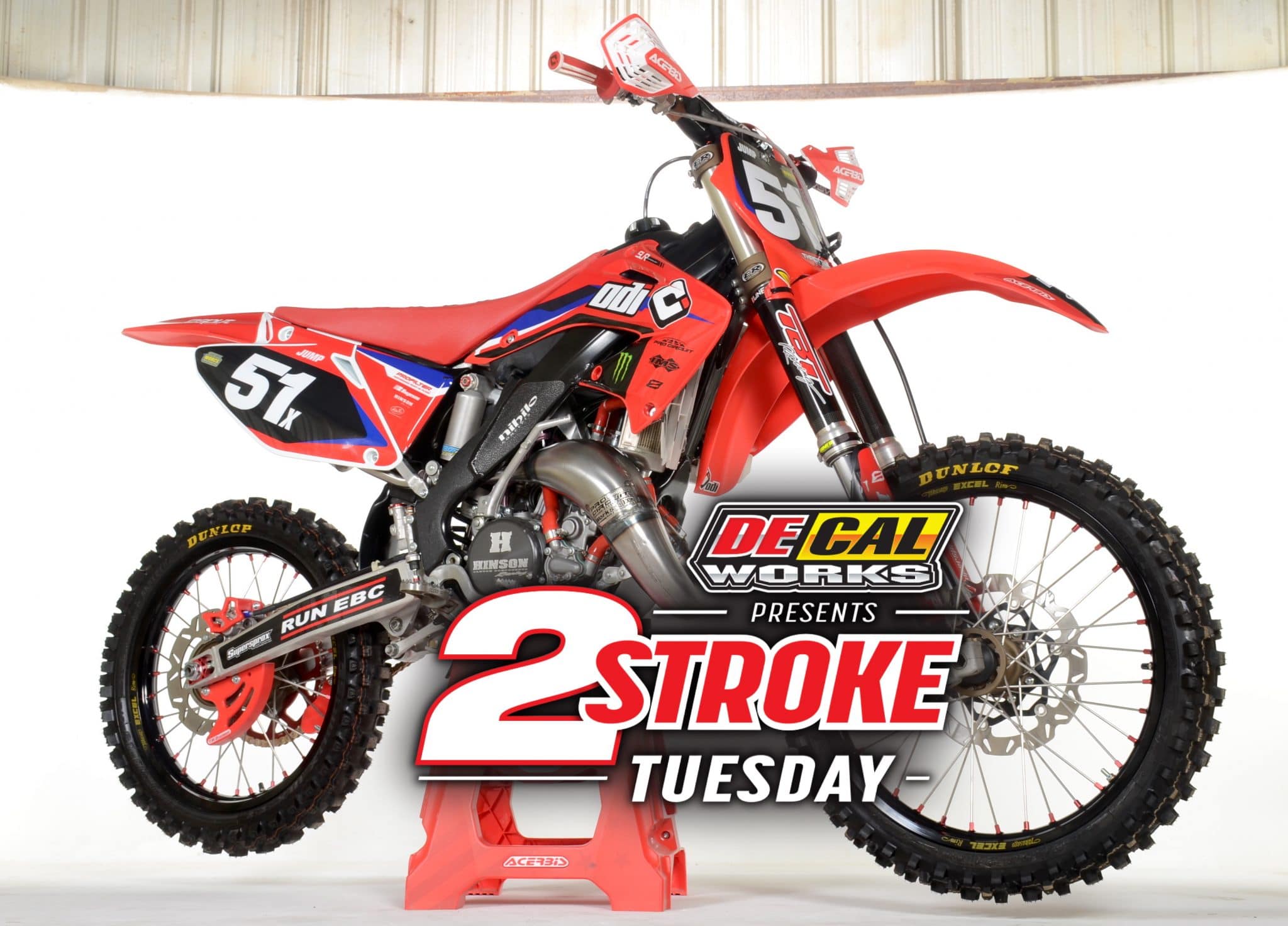 This week on Two-Stroke Tuesday we give you the exclusive first look at our 2002 Honda CR125 project with Johnny Jump and the ODI crew in our Dirt Bike Magazine studio. This was a build that Johnny and his son Kellon did together in their garage. Below are some notes directly from Jump about the build. In the 2-Stroke History section this week we look back at an iconic CR125 Elsinore. At the bottom of this post we also have an exclusive link to our 2003 CR125 restyle project with the crew at Decal Works and Polisport Plastics. 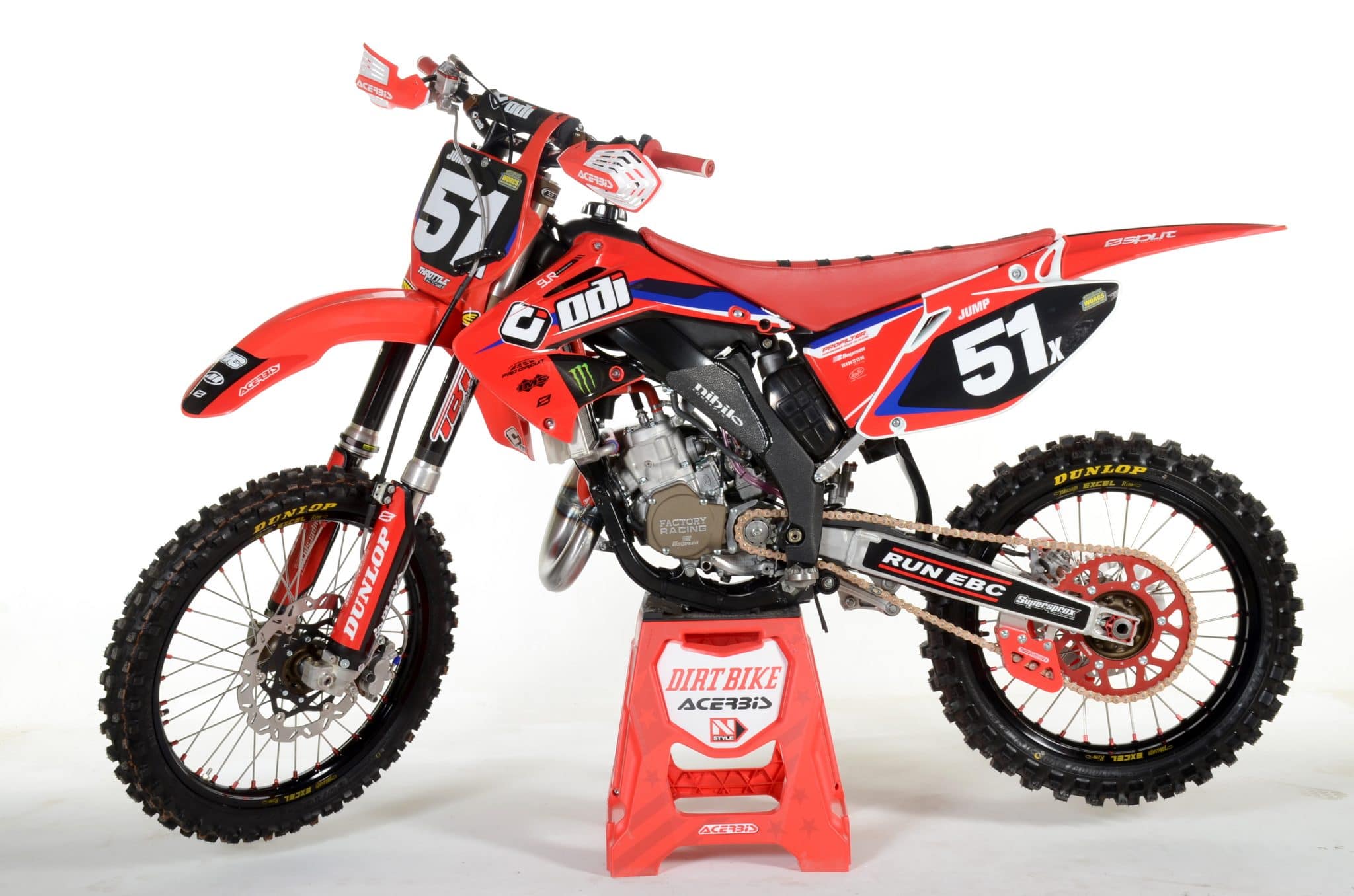 I chose the 2002 as it was one of the best years for the frame geometry, but it was the last year of the California Green Sticker bikes.  Therefore, if we built this bike, we could off-road it year round here in California. Craigslist find for $750.00.  I thought all the bike needed was a new top end, pipe, bars, grips and plastics. Well I might have been a little on the optimistic side. The bike started out as a father son project bike as I wanted to get my 13 year old son into riding dirt bikes with me.  After a solid year of going through the bike and reworking the motor a second time, we have a pretty fresh start to a 2020 CR125 if Honda were to release one for the public! 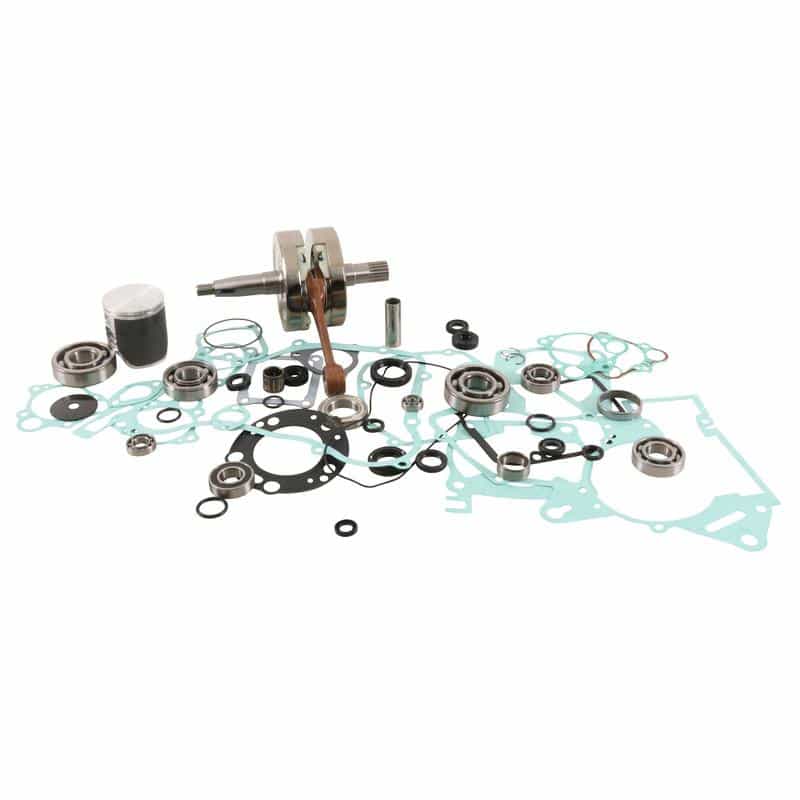 Internally the engine was completely rebuilt using a kit from Wrench Rabbit that includes everything you see in the image above. 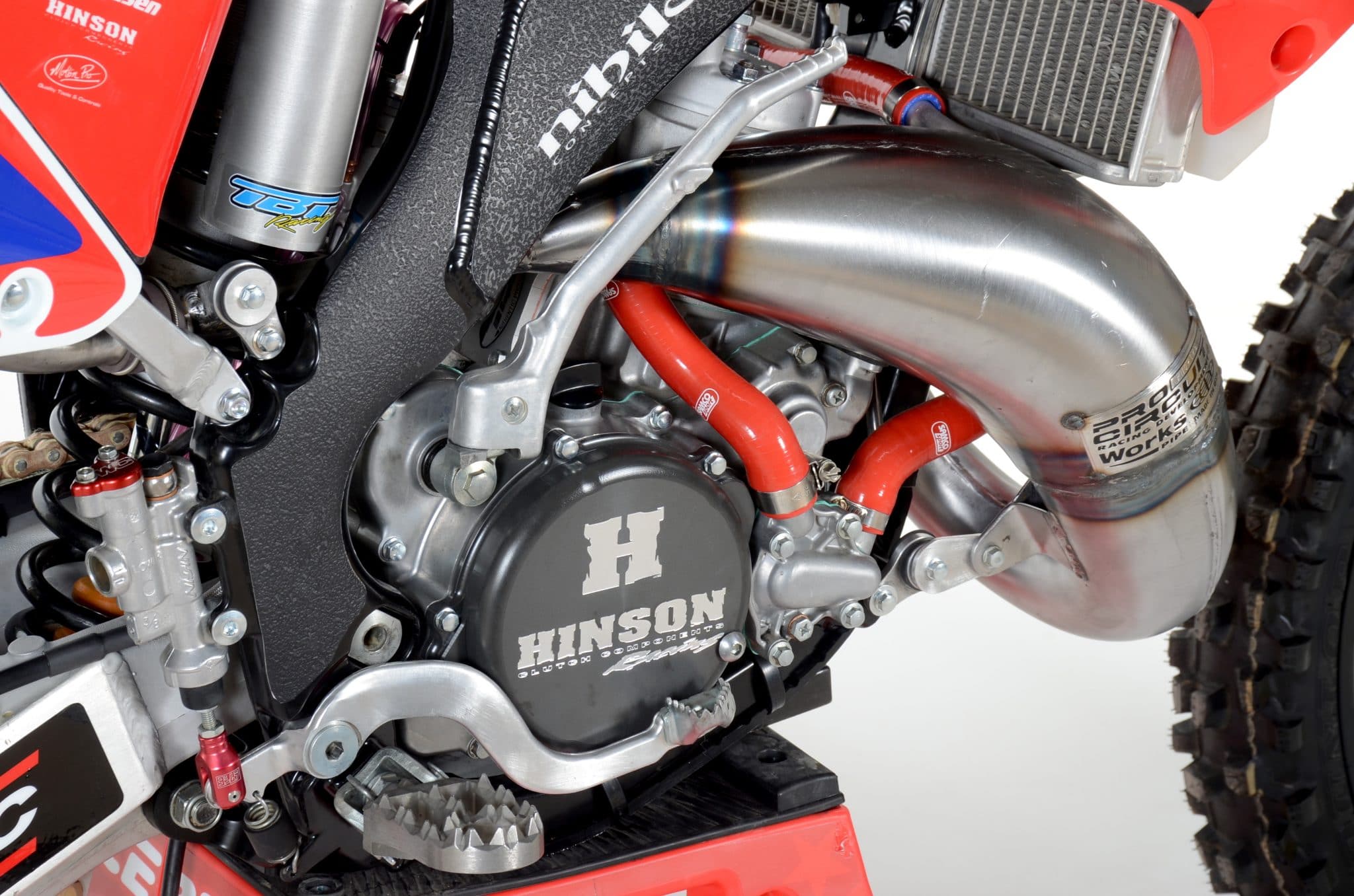 Pro Circuit Works Pipe and Shorty 304 Silencer cleaned up very well with the help of Pro Circuits in house refurb services. Samco Radiator hoses offer improved flow and add a bit of color pop in the engine department. The Clutch on this bike  is used so much to keep it up in the top of peak power a Full Hinson Billet Clutch and Billet Cover was used to keep it strong through 50 minute motos. 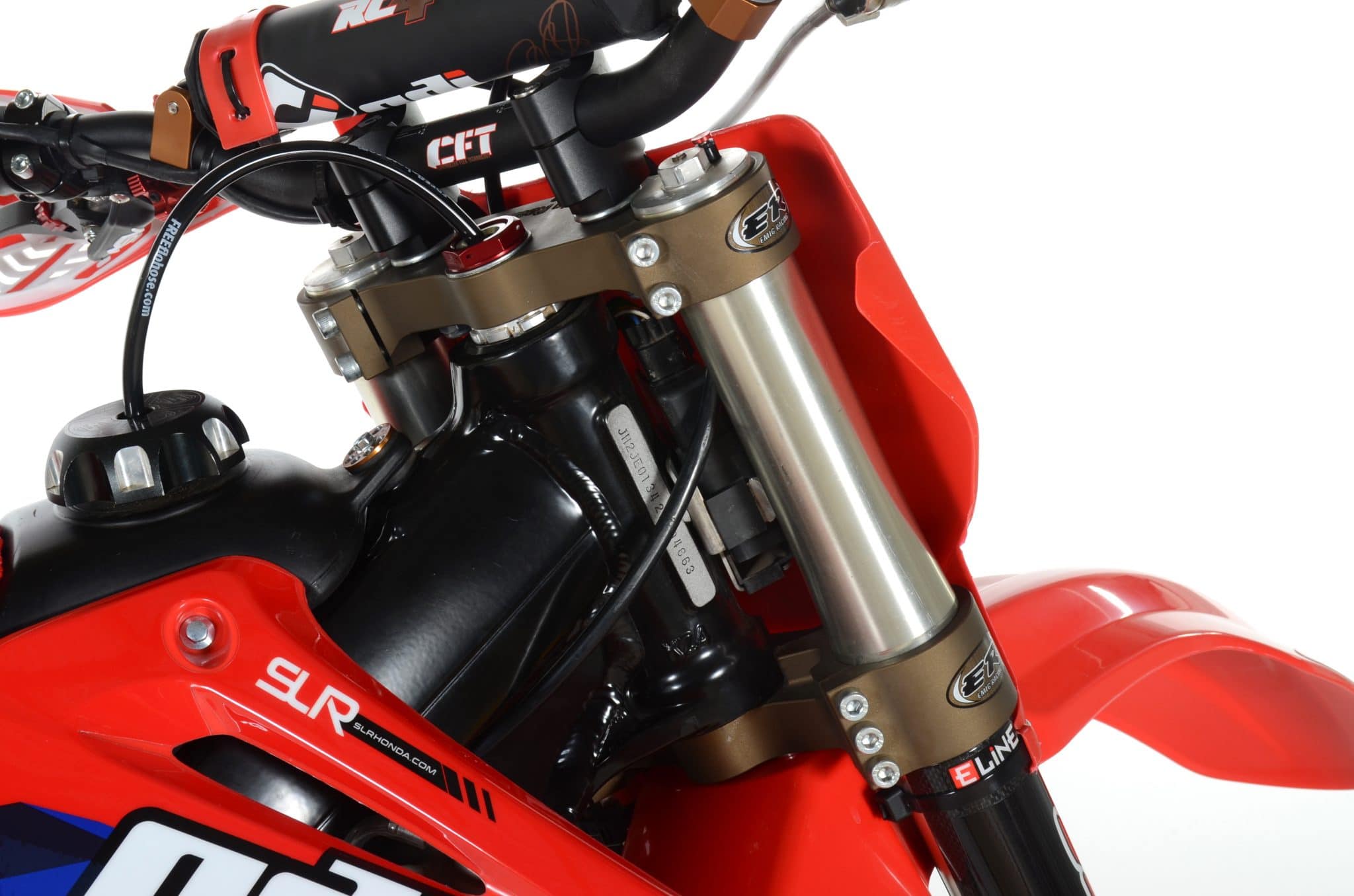 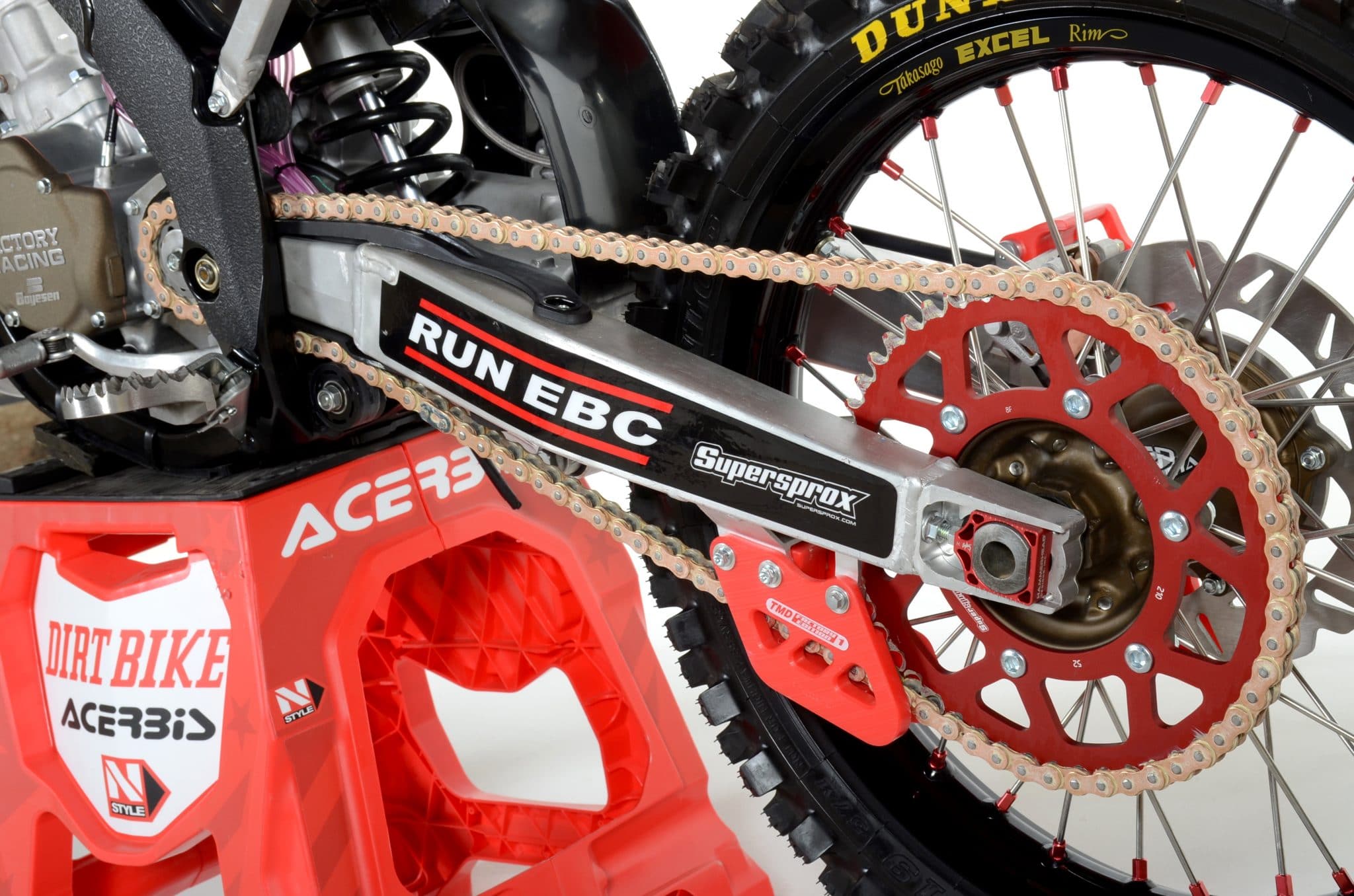 EBC Brakes outfitted the bike in Oversized Rotors and Stainless Braided Brake lines to give added braking power while Supersprox 52t alloy sprocket and 13 countershaft gearing help to give it some added power out of the turns. 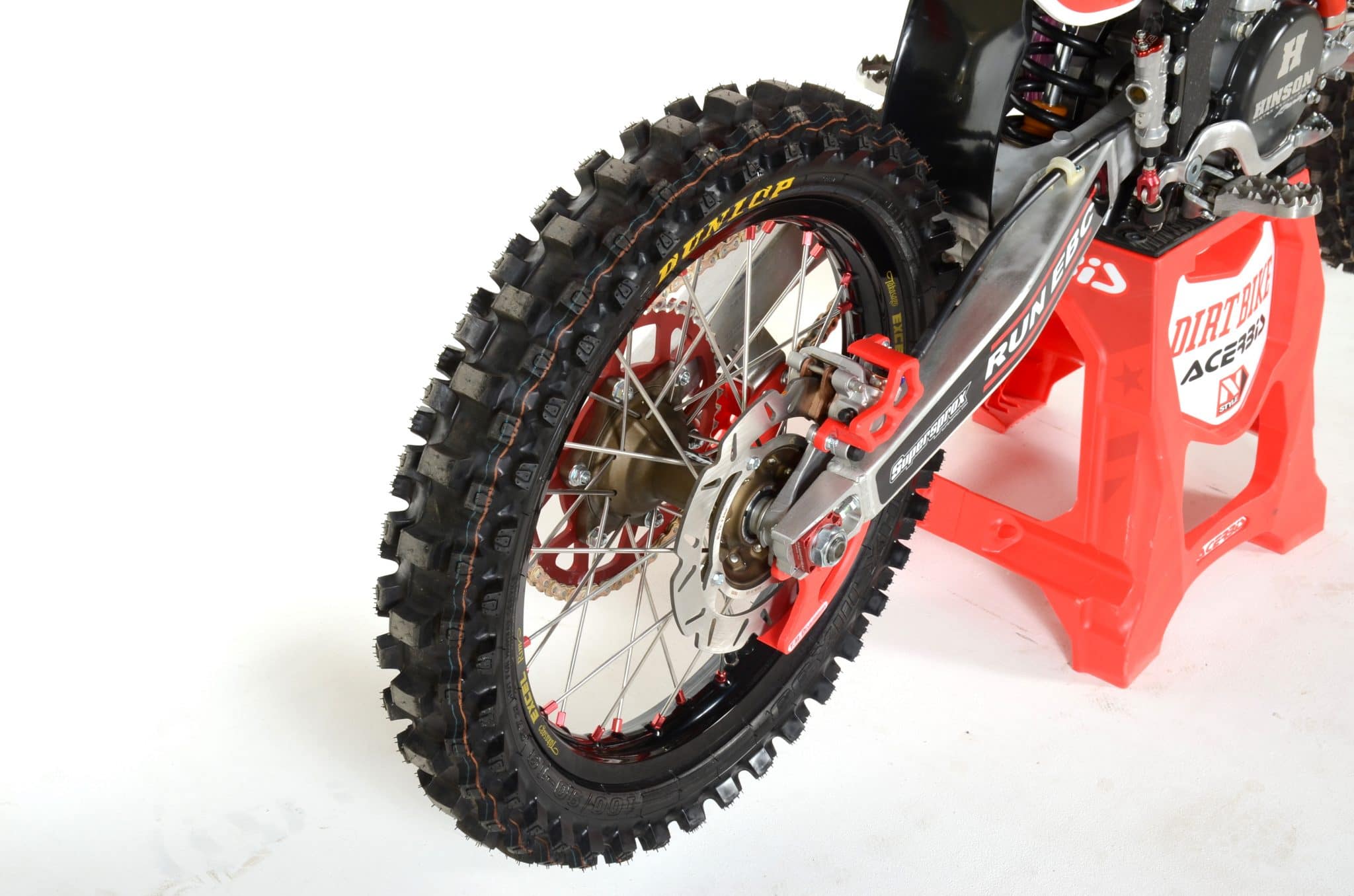 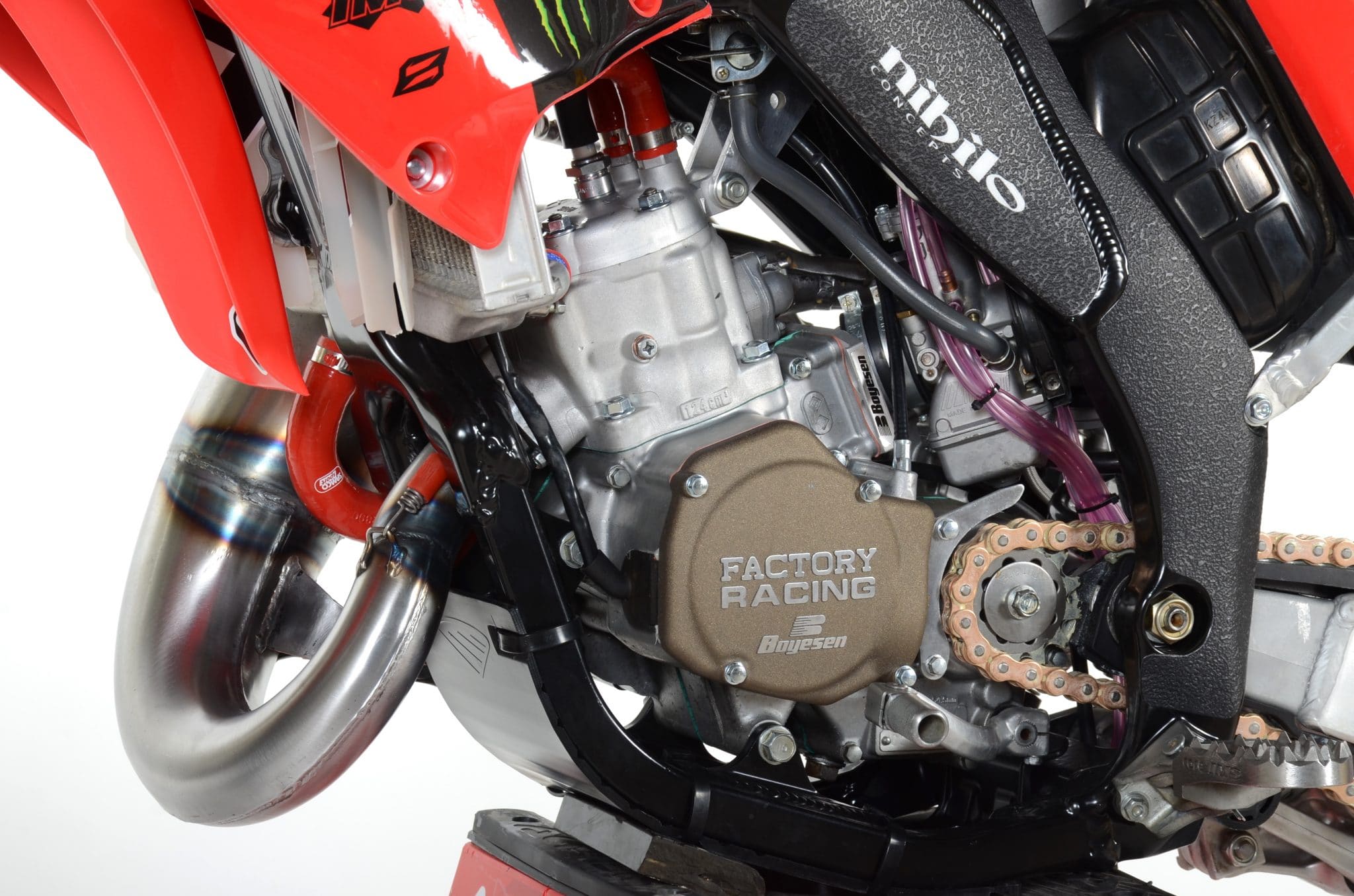 Boyesen Factory Ignition cover help bring the bronze theme to life and freshen up the cases, Boyesen Rad Valve and Carbon Reeds give the 1-2-5 a bit of snap off the bottom. Nihilo Frame Guards give nice traction on the frame while adding protection for the fresh powdercoat! 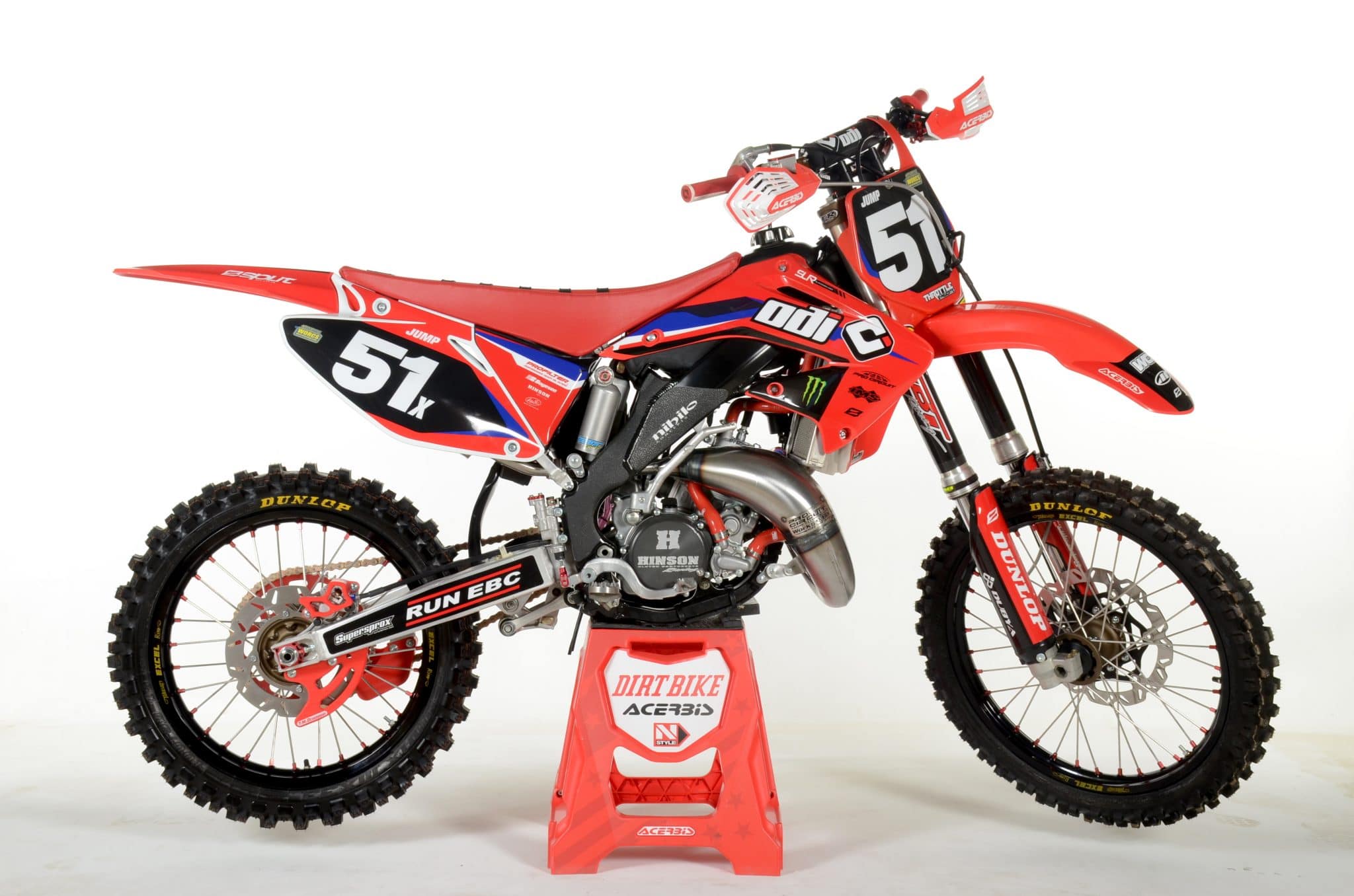 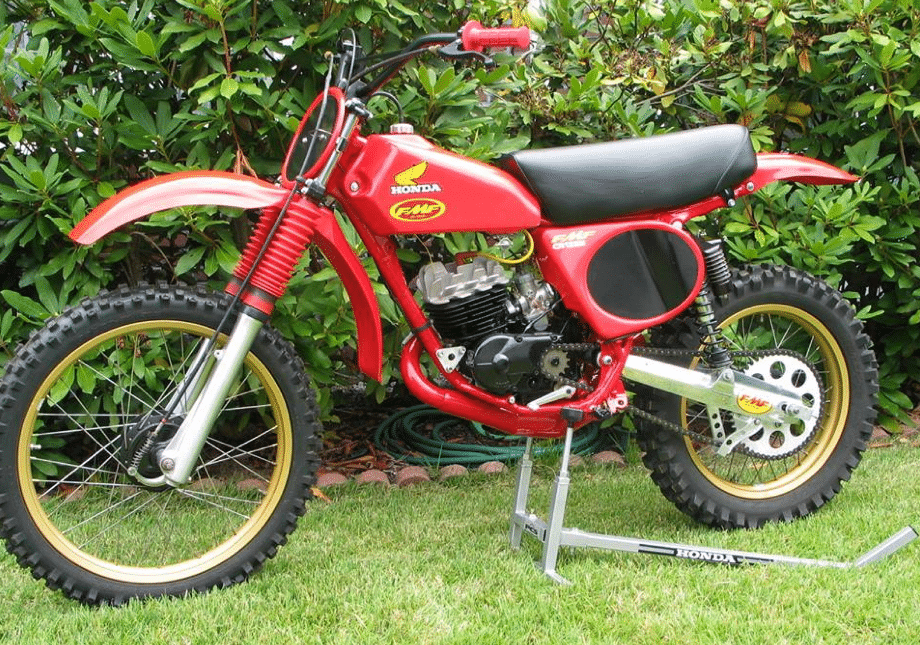 1976 Honda Elsinore In 1974 Honda introduced the CR125M and it was a catalyst to the motocross boom. It was produced in greater numbers than any motocross bike ever built. It introduced a generation of riders to racing and, more than any other single motorcycle, certainly ignited the sport. The machine was named the Elsinore after the epic race that was made famous by the 1971 movie On Any Sunday. Because the Honda 125 Elsinore came in such monumental numbers it was bad news for smaller companies who produced small displacement 2-strokes like Hodaka, Penton and Bultaco. By 1976 Honda resisted big developmental changes so Suzuki and Yamaha gained market share, though the sheer numbers of Elsinore’s that invaded the local tracks helped fuel aftermarket companies to form and hop them up. Donnie Emler’s FMF morphed into a powerhouse with their porting, special pipes, carb kits and porcupine heads for the CR125, also helped with the fastest 125 racer on the planet, Marty Smith who raced an FMF Honda 125.

To say that early to mid-2000 Honda CR125Rs are more popular today—over a decade after the last one rolled off the assembly line in Japan—might not be completely accurate. But, it’s not far off, either, and we are certain the people buying them today are more passionate about two-strokes than ever before. We teamed up with Polisport Plastics and Decal Works to give our 2003 CR125R some modern-day bling in addition to a mechanical make-over. CLICK THE LINK BELOW FOR MORE!