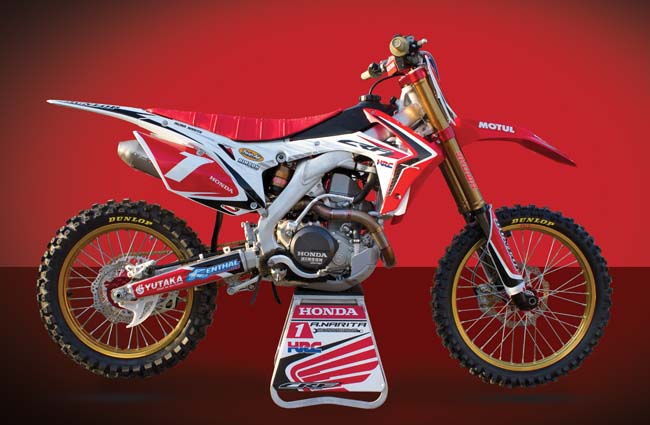 Akira Narita rode this CRF450R in the all-Japan National MX last month. It appears to be the basis for the 2013 production bike. It has a new frame, dual exhausts, a hydraulic clutch and a number of other big changes. This bike is clearly a works level racer with factory suspension and a Hinson clutch, but the production version of the bike will probably be announced very soon. Stay tuned.
Share FacebookTwitterGoogle+ReddItWhatsAppPinterestEmail