NEW CAN-AM DUAL-SPORT TO BE MANUFACTURED IN MEXICO 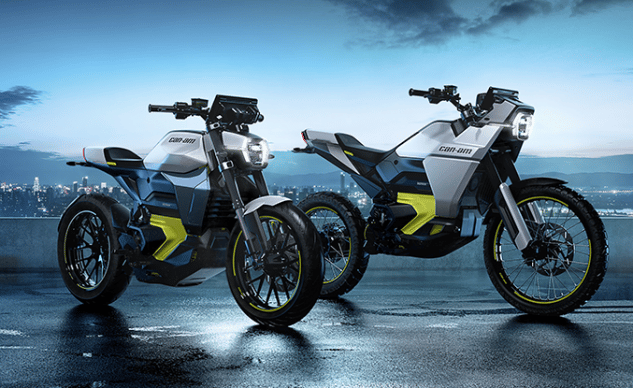 BRP Inc, the parent company of Can-Am, recently announced that it would be returning to the motorcycle business. The first two models to be shown were both electric bikes; the Pulse roadster and the Origin dual-sport. Now, BRP has announced that the bikes will be manufactured in North American and that ground has been broken for a new plant in Mexica. The  full press release appears below. 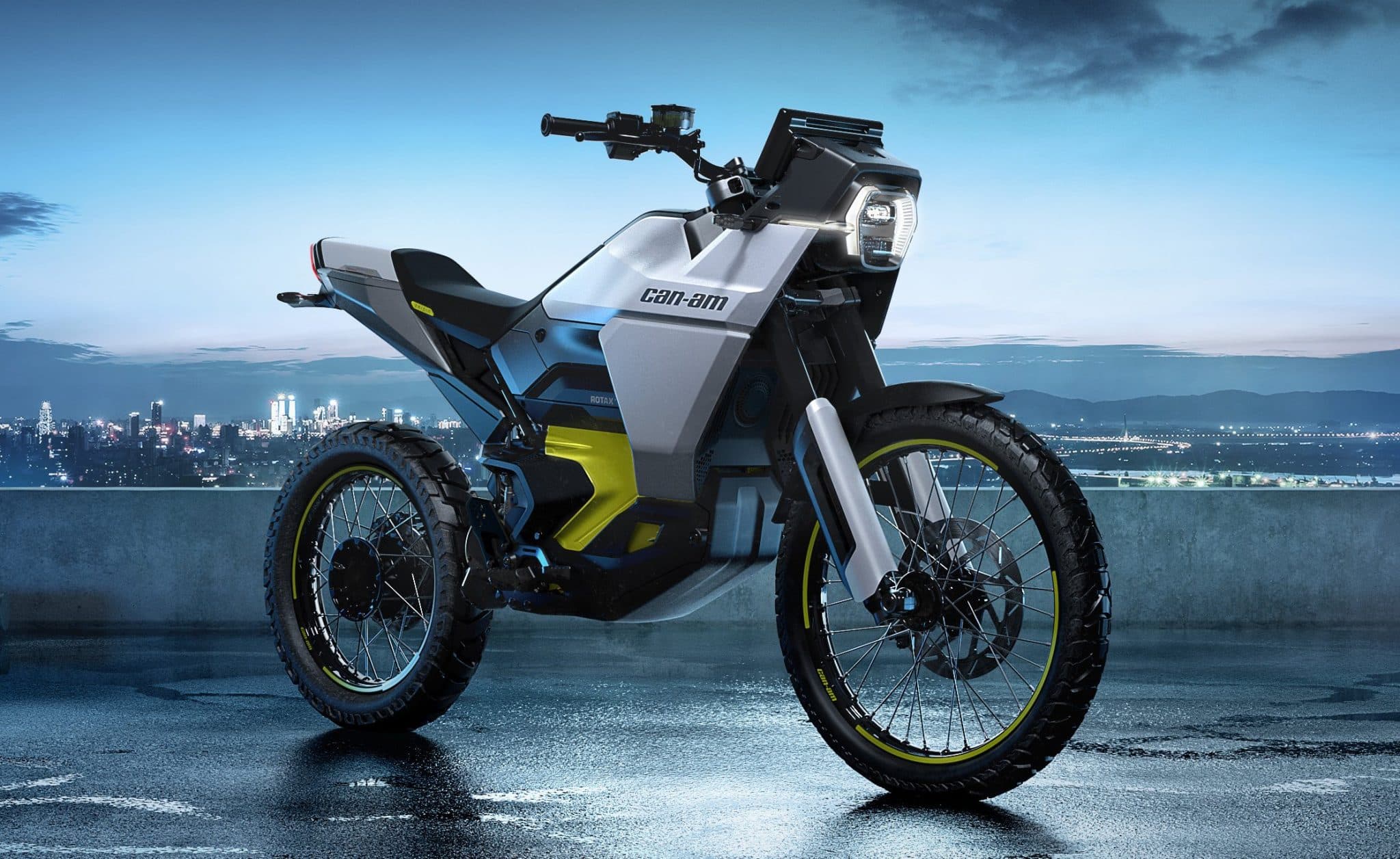 BRP Inc. confirms the start of construction of its first EV manufacturing plant and a major milestone in the Company’s electric journey. Today marks the groundbreaking ceremony of the Can-Am electric two-wheel motorcycle production facility in Querétaro, Mexico, which will be adjacent to the current BRP campus in the city.
Production of the Can-Am Origin and Can-Am Pulse, the Company’s first two electric motorcycle models unveiled at the recent Club BRP, is set to begin in March 2024, with expected deliveries to consumers during summer 2024.
“We have set out to reclaim our motorcycle heritage with the launch of a lineup of electric 2-wheel motorcycles, and we are gearing up to execute on our plan,” said Sandy Scullion, President, Powersports Group at BRP. “We are excited to begin the construction of this new state-of-the-art EV manufacturing facility in Querétaro, Mexico, on the same campus where we are already producing our Sea-Doo personal watercraft and ROTAX engines. We look forward to producing the first electric Can-Am motorcycles for a new generation of enthusiasts.”
The electric motorcycle manufacturing plant is planned to initially generate 500 new jobs. It was designed following the LEED principles with sustainable materials, in line with BRP’s Corporate Social Responsibility Plan to reduce the carbon footprint of its operations. Furthermore, the Company intends to offer an inclusive work environment accessible to everyone, with modifiable workstations that can be adapted to different people.
To mark the start of construction of the building, a special event was held today with BRP leaders and special guests, including Graeme C. Clark, Canadian Ambassador to Mexico, Luis Nava, Mayor of the City of Querétaro, Íker Jiménez, General Director of Global Economic Impulse, TaniaPalacios, Secretary of Sustainable Development of the Municipality of Querétaro and Marco del Prete, Secretary of Sustainable Development.
CAUTION CONCERNING FORWARD-LOOKING STATEMENTS
Certain information included in this release, including statements relating to the number of new jobs to be created following completion of the Company’s new facility in Mexico, the Company’s expected reduction of its environmental footprint, the Company’s business and strategic plans, and other statements that are not historical facts, are “forward-looking statements” within the meaning of Canadian and United States securities laws. Forward-looking statements are typically identified by the use of terminology such as “may”, “will”, “would”, “should”, “could”, “expects”, “forecasts”, “plans”, “intends”, “trends”, “indications”, “anticipates”, “believes”, “estimates”, “outlook”, “predicts”, “projects”, “likely” or “potential” or the negative or other variations of these words or other comparable words or phrases. Forward looking statements, by their very nature, involve inherent risks and uncertainties and are based on several assumptions, both general and specific. BRP cautions that its assumptions may not materialize and that current economic conditions render such assumptions, although reasonable at the time they were made, subject to greater uncertainty. Such forward-looking statements are not guarantees of future performance and involve known and unknown risks, uncertainties and other factors which may cause the actual results or performance of BRP to be materially different from the outlook or any future results or performance implied by such statements. Further details and descriptions of these and other factors are disclosed in BRP’s annual information form dated March 24, 2022. The forward-looking statements contained in this
press release are made as of the date of this press release, and the Company has no intention and undertakes no obligation to update or revise any forward-looking statements to reflect future events, changes in circumstances, or changes in beliefs, unless required by applicable securities regulations. In the event that the Company does update any forward-looking statements contained in this press release, no inference should be made that the Company will make additional updates with respect to that statement, related matters or any other forward-looking statement. The forward-looking statements contained in this press release are expressly qualified by this cautionary Statement.