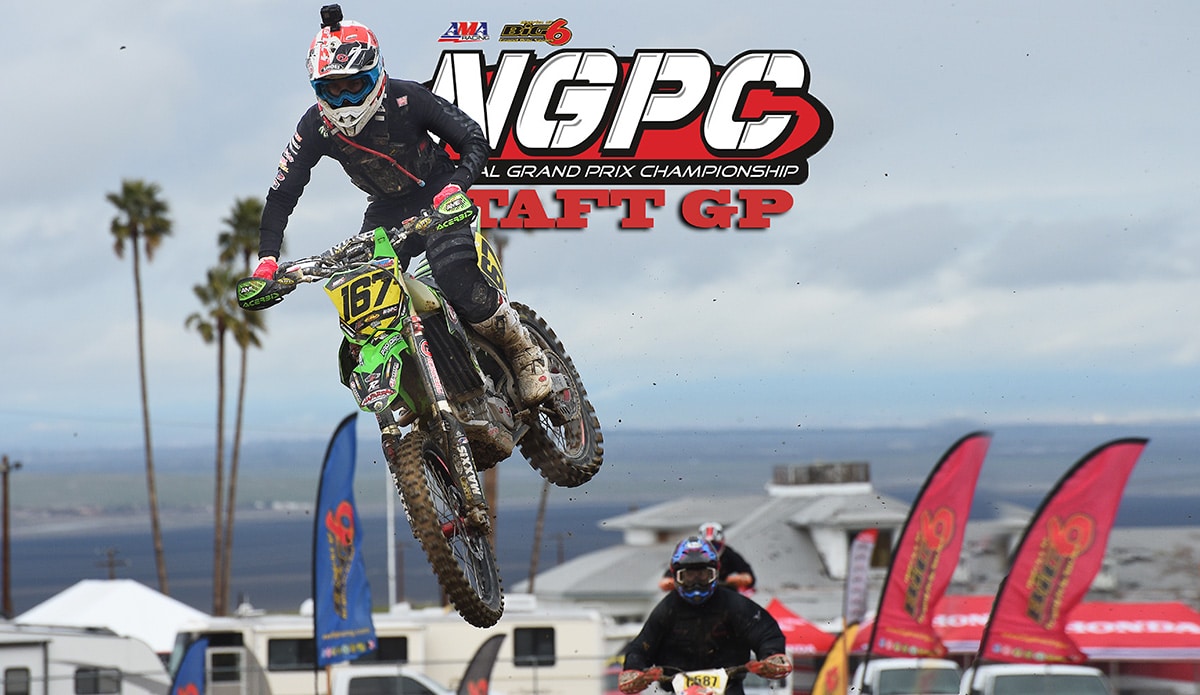 Round two of the AMA National Grand Prix Championship Series took place in Taft, California this weekend under the organization of the Dirt Diggers MC. It drew a huge Pro turnout despite a threatening storm that might have turned the race into a survival run. In the end, the rain was light, although it did cause vision problems and some slick surfaces. Through it all, Precision Concepts Chaparral Kawasaki rider Zach Bell was in complete control. He took the holeshot and didn’t even relinquish the lead when it came time to pit. JCR’s Trevor Stewart spent the entire race a few second back, but was unable to close the gap. Same goes for Zach Bell’s Teammate Blayne Thompson, who was alone in third for 90 minutes of racing. But behind him, the race for fourth was tight. Eric Yorba, Dante Oliveira and Dalton Shirey all took turns with motocrossers Ryan Surratt and Justin Hoeft getting in the mix as well. In the end, Shirey got away after Yorba suffered trouble. The pro  2 class was an extremely tight race between  3Bros’ Ciaran Naran, RPM Racing’s Austin Serpa and Chaparral’s Clay Hengeveld. Naran got the win, and Hengeveld passed for second at the very end of the race. Full results will be up on the new NGPC website www.ngpcseries.com soon.