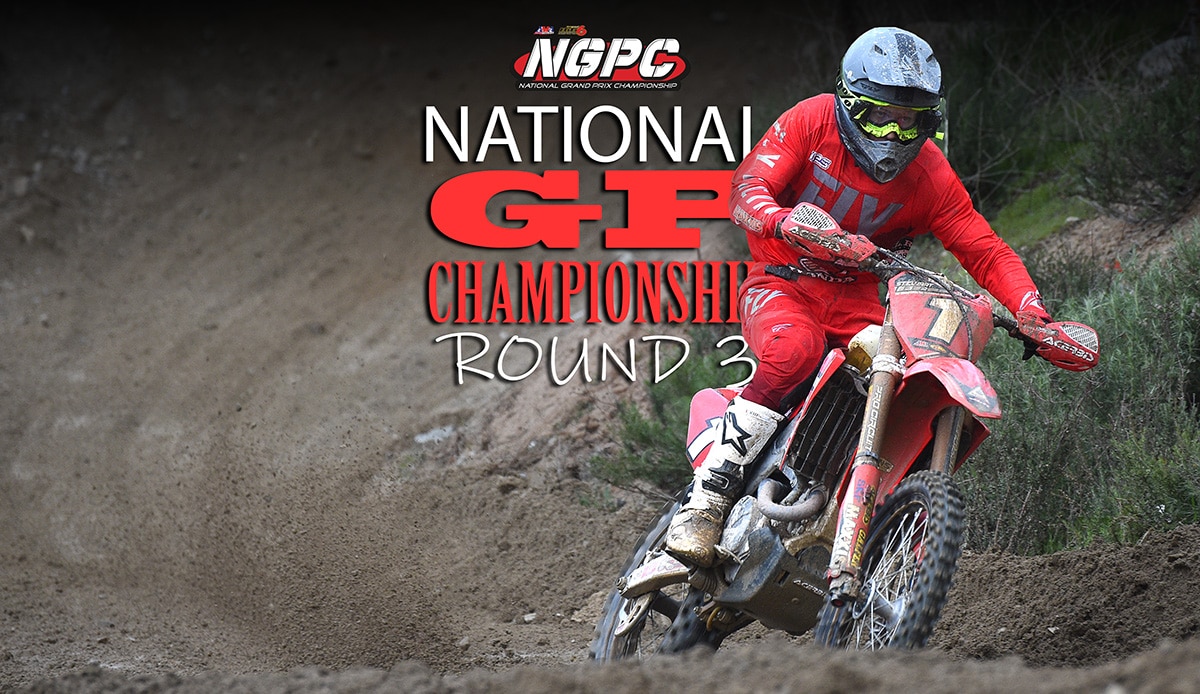 The third round of the AMA National Grand Prix Championship took place under the now familiar stormy skies of Southern California. Glen Helen once again was hit on raceday with a record-breaking storm, reminiscent of round two of the WORCS series last month. This time the amateurs on day one were hit the hardest with rainfall, while the Pros and other Sunday classes had to deal with the sticky aftermath. The best strategy for the day was making good line selections and keeping your vision clear. Both proved difficult.

JCR’s Trevor Stewart was the Pro winner of the day, but it wasn’t easy. After getting the holeshot, he fell victim to first-lap chaos and came around in fifth pace. RPM Racing’s Eric Yorba was up front, but Purvine’s Justin Seeds was hot on his rear wheel after coming through from a poor start. Derek Kelley, Justin Hoeft and Ryan Surratt were all in the mix as well. Stewart got back into the lead by the end of lap two, but he couldn’t get away from Seeds, who remained close to the very end. Ciaran Naran was in front of the Pro2 class from start to finish, but in the earlier laps he pressured by Dylan Bollinger and Tyler Rosa. For full results check in at www.NGPCseries.com.