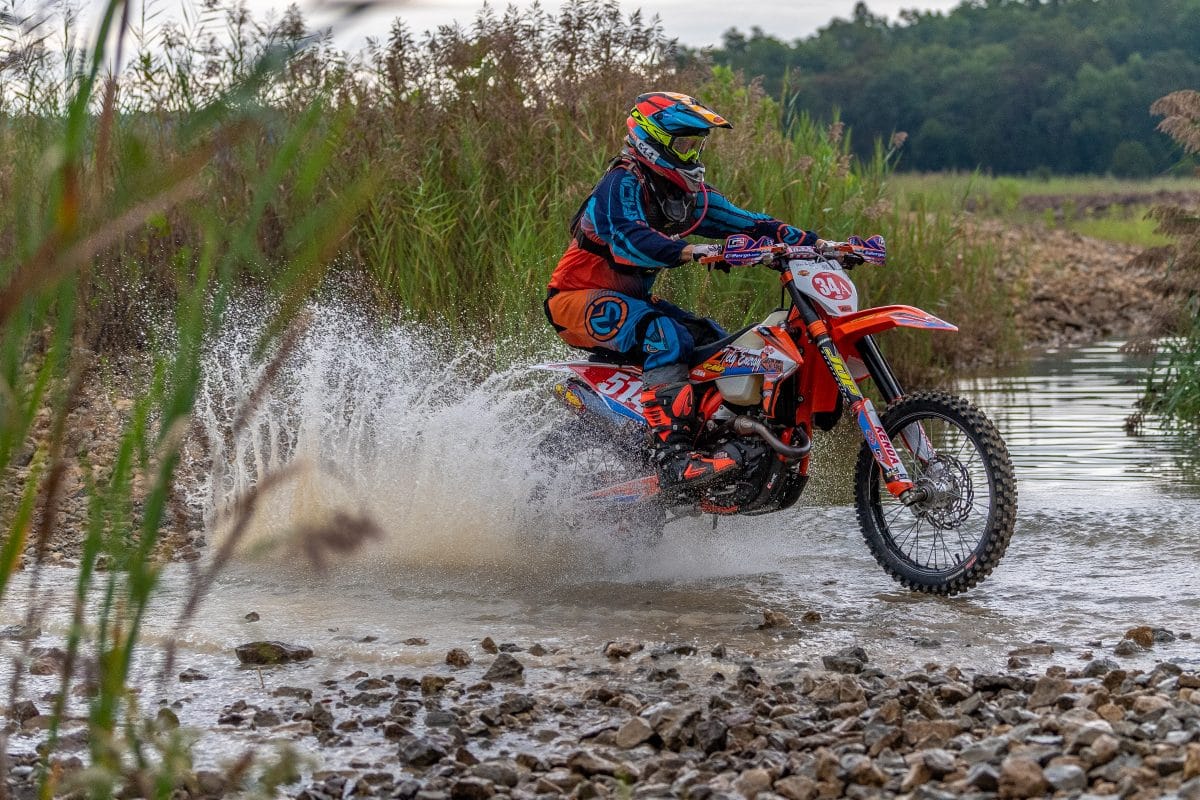 Tely Energy Racing KTM’s Steward Baylor came from behind to beat his teammate and brother Grant Baylor at this weekend’s Lead Belt National Enduro, round seven of the Kenda AMA National Enduro Series in Park Hills, Missouri. After battling back and forth with his brother during off and on rain showers, Grant entered the rocky sixth and final test with a 23-second lead over Steward. However, just 200 feet into the test Grant made a mistake that cost him considerable time. When the final scores were tallied Steward jumped ahead of Grant in the overall results to steal the win by 15.517-seconds.

Steward’s win put a stop to the momentum Grant had been building since winning the previous two rounds. It also squashed any hopes Grant had of catching his brother in the championship chase. A fourth championship title is a safe bet now for Steward, who extended his lead in the series standings to 36 points ahead of his brother with just three rounds remaining. Grant came into the Missouri round having won the previous 14 tests in a row, dating back to the final two tests of the Cherokee Enduro. After winning the first two tests of the Lead Belt Enduro, Grant looked poised to continue his domination.

“The racing was tight all day; we went back and forth a couple times throughout the day,” said Grant. “Then in the last test it got really rocky and gnarly. Right off the start we went down the river, through the waterfall section. As soon as I hit the biggest drop, my bike decided to just flame out and die right there on the face of it. So, I dropped off about six foot straight down into the water. That was how I started my last test, and that’s about how it went for the rest of the last test there. I ended up throwing away my… I had about a 23-second lead going into test, and ended up throwing that away and losing the position to Steward. He rode really well in that last test and rode really well all day. He was just right there on my heels all day.”

Evan Smith finished almost two minutes behind Grant for third, however, the Husqvarna/Max Motorsports/FXR rider has consistently been the “next best” performer after the Baylor brothers all year. Smith rounded out the podium despite starting off the event with a big crash. Thorn Devlin matched his best performance of the season with a fourth overall finish. The GasGas North America rider got off to a fast start, finishing third in test one, just seven seconds off the winning time. Beta USA’s Mike Witkowski rounded out the top five with a consistent performance that saw him finish no lower than fifth in any of the six tests. 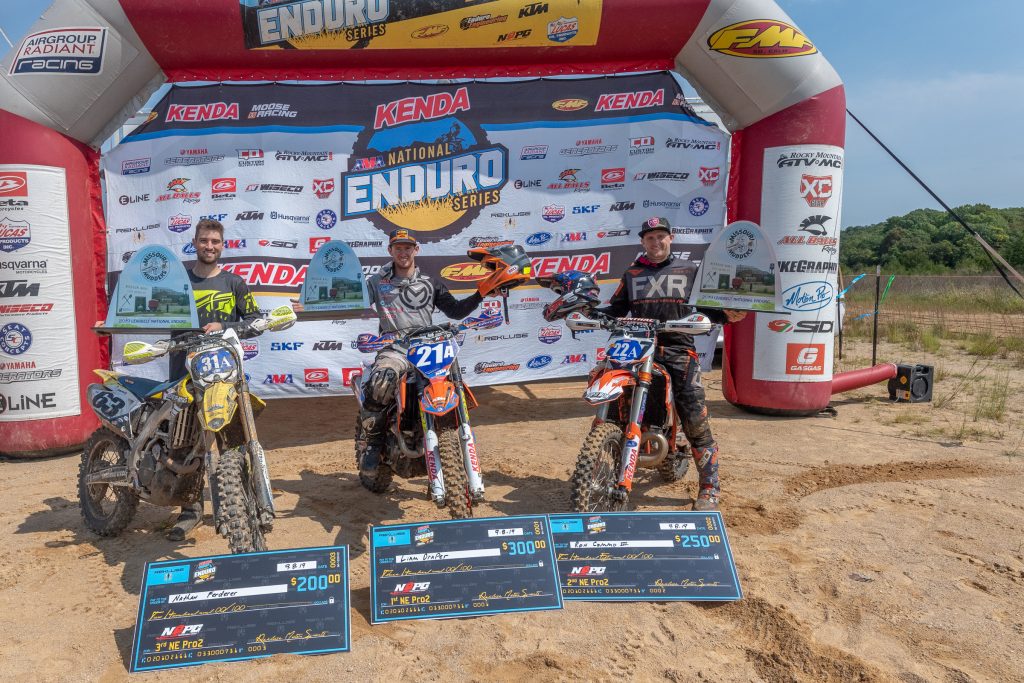 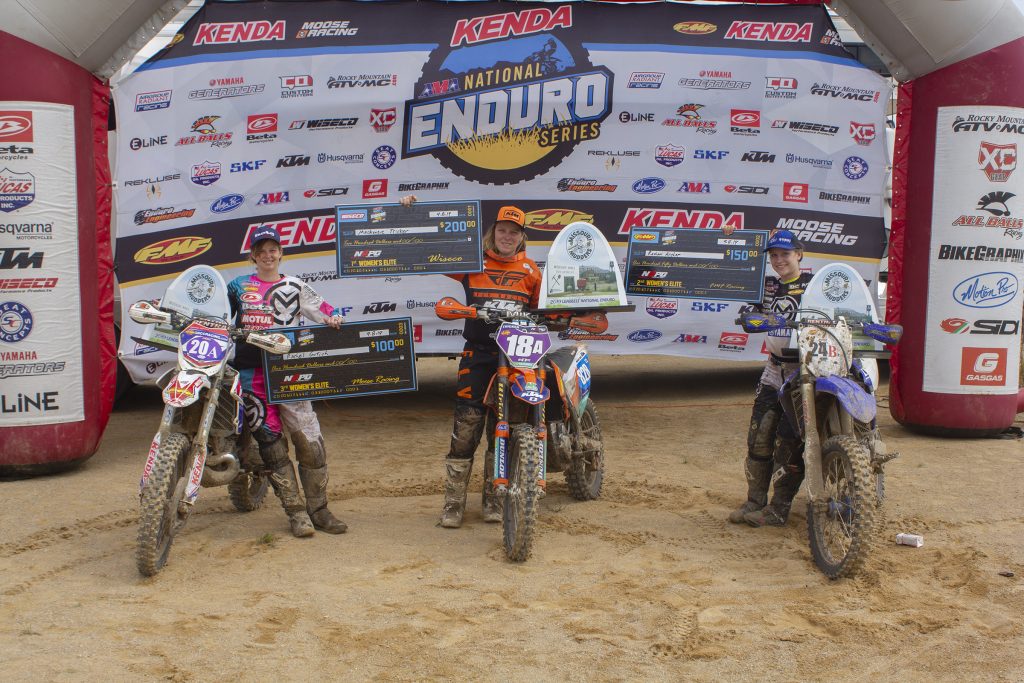