MXGP RACE REPORT: GAJSER BACK ON TOP IN ITALY 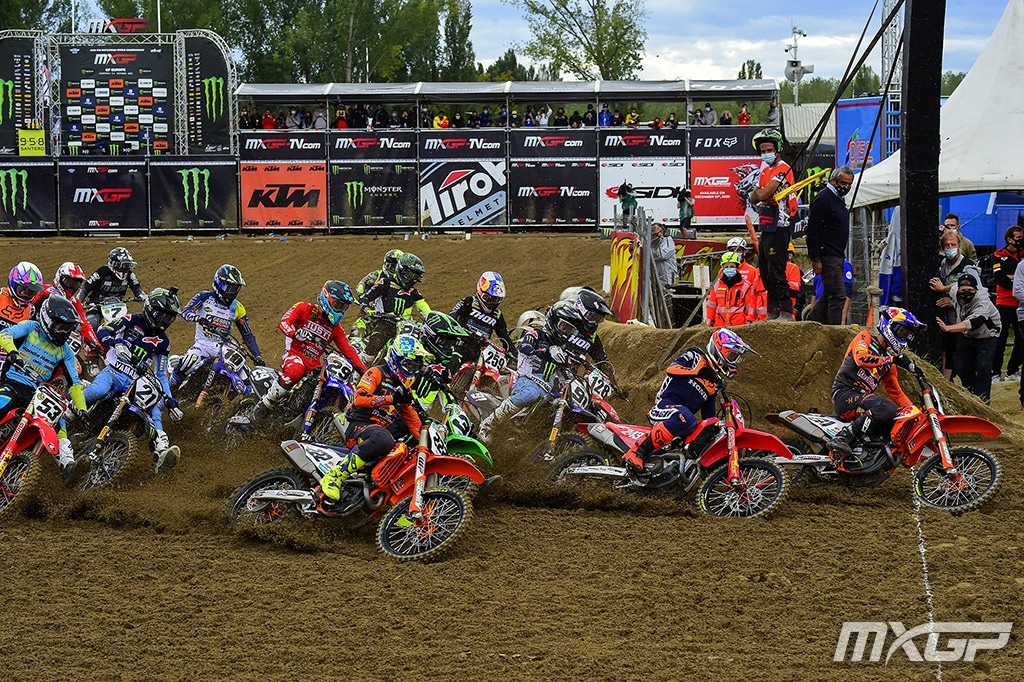 The MXGP of Europe has concluded the 11th round of the FIM Motocross World Championship, and with it the second of the three Italian triple-headers this season. Over the last 10 days, the three rounds here in Mantova, have showcased some intense and very exciting races, that saw three different riders take to the top step of the podium in MXGP.

This time around, during the MXGP of Europe, Team HRC’s Tim Gajser made his much-awaited return to the top step of the podium, as he took the overall win in MXGP for the first time this season.

As the gate dropped for the first MXGP race of the day, it was Red Bull KTM Factory Racing’s Jorge Prado who led the way, as Team HRC’s Tim Gajser, Romain Febvre of Monster Energy Kawasaki Racing Team and JM Honda Racing’s Dylan Walsh followed him into the first corner. There was drama on the first lap as Prado and Febvre went down, which allowed Walsh to move into the first place and lead the way in MXGP. Gajser was second with his teammate Mitch Evans and Red Bull KTM Factory Racing’s Antonio Cairoli just behind him.

In the end it was Gajser who won the opening race, with Coldenhoff 2nd and Prado 3rd.

In race two, Prado got another good start but this time it was the FOX Holeshot, with Gajser and Cairoli there in the top 3. Though Gajser wasted no time, as he quickly moved into the lead on the opening lap. Prado then crashed out of P2, picking himself up way outside the top 20, which no doubt made for a very difficult race.

As Gajser pulled his gap to 3.268 seconds, a small mistake caused him to wash the front of his factory Honda. Cairoli then inherited P1, with Gajser able to re-join just behind him, ahead of Febvre and Seewer. Cairoli then led the race by 2.186 seconds, while Seewer was trying to fight his way into the top 3.
Despite catching onto the back of the race leader, Gajser just ran out of time as Cairoli took the race win, with Gajser having to settle for 2nd and Seewer 3rd. In terms of the podium, Tim Gajser claimed his first overall victory of the season, while Cairoli occupied 2nd and Coldenhoff making another podium appearance to finish 3rd. 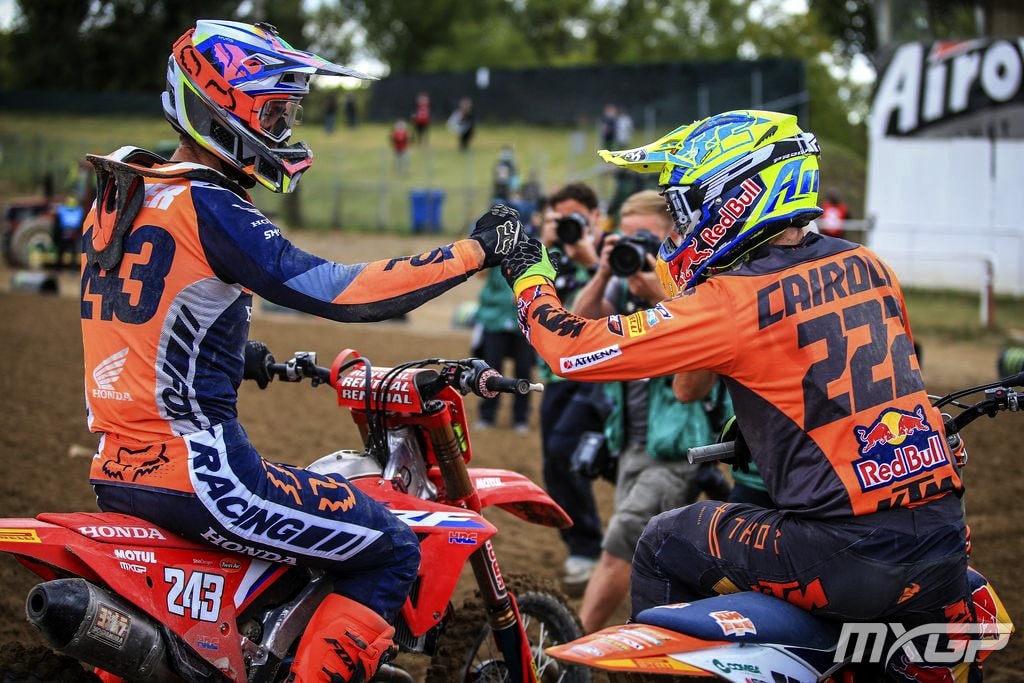