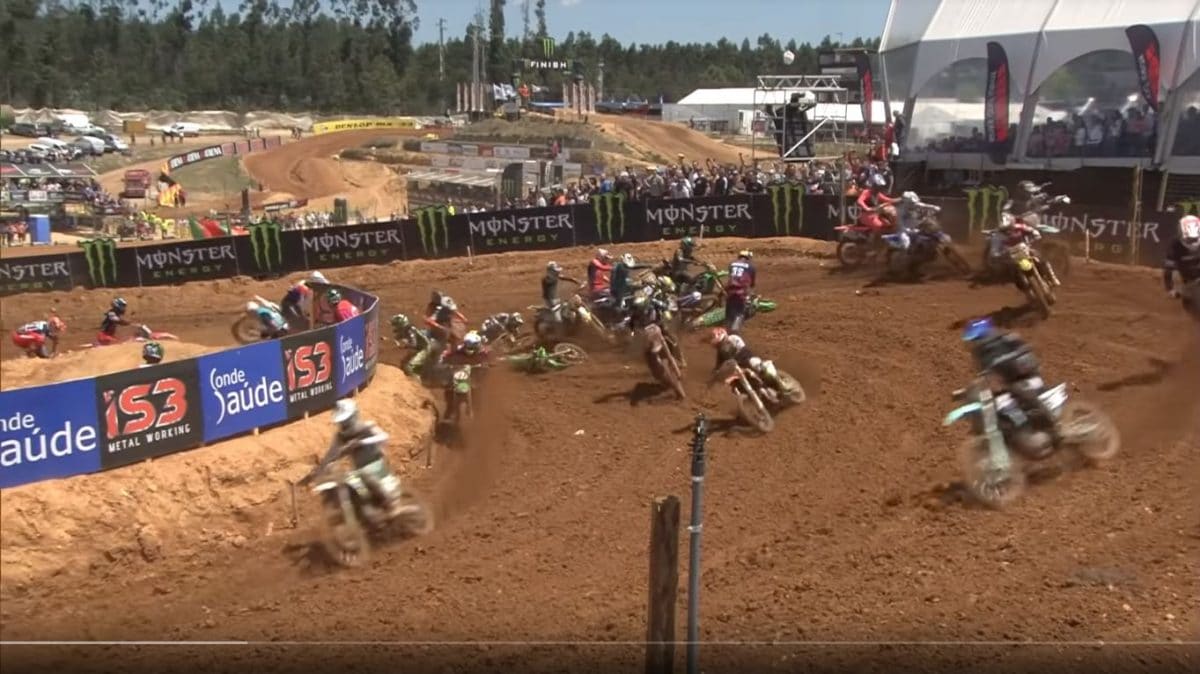 At the sixth round of the 2019 MXGP world championships, Team HRC’s Tim Gajser won the MXGP of Portugal with two impressive moto victories. After his triumph in Trentino, this is now Gajser’s second overall. Tony Cairoli fell in both motos but still maintains a sizeable lead in the standings. In the MX2 class, Jorge Prado continued his romp of that class. He now has assumed the points lead despite missing a round. 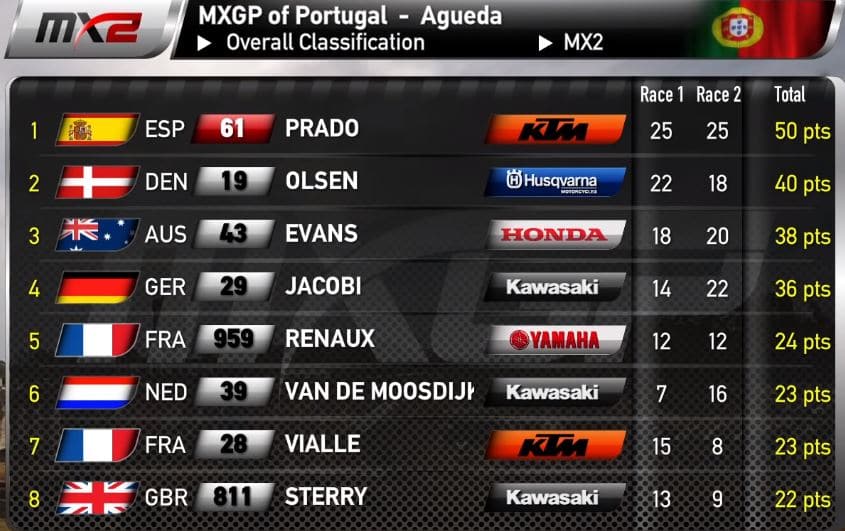 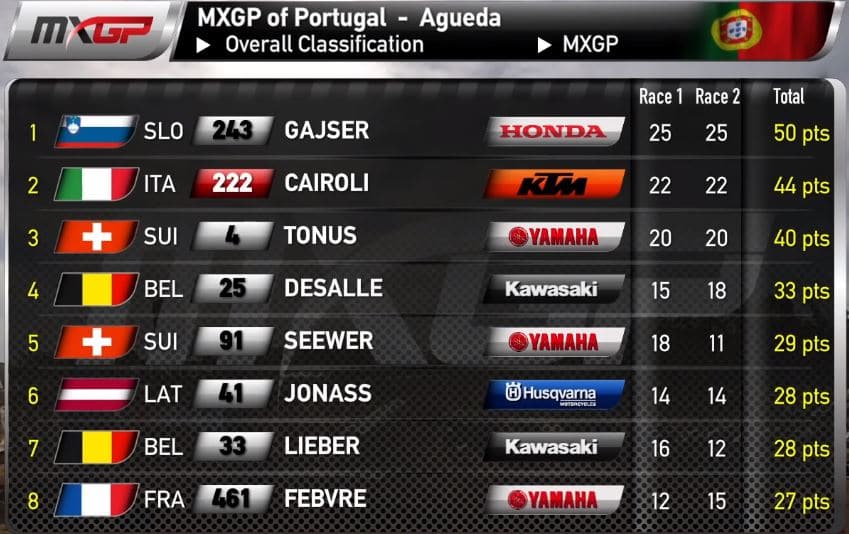