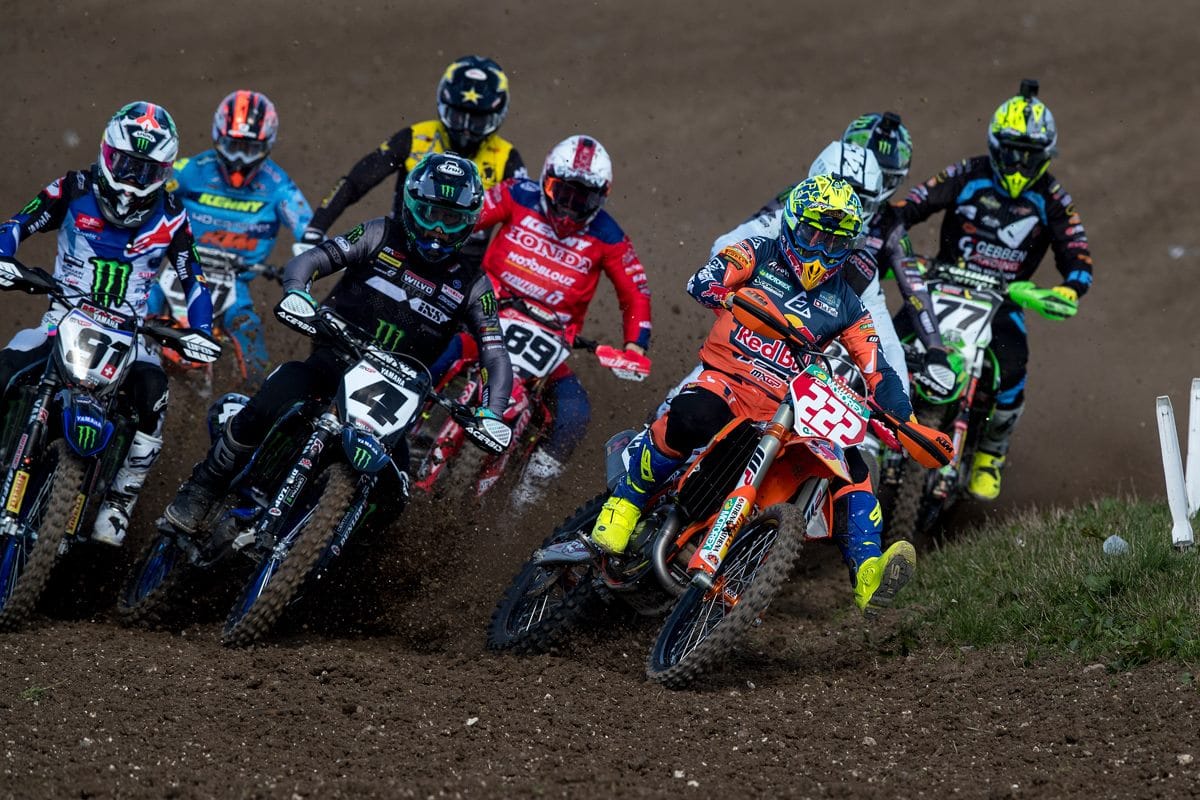 he MXGP of Great Britain took place this weekend and it was further evidence that Antonio Cairoli is a robot. He won his second overall in a row and leads the World Championship yet again. Jeff Herlings and Romain Febvre are out with injury, so he could see his 10th world championship by the end of the year. Tim Gajser might present a problem for Cairoli, though, as the year progresses. Check out his horrible crash in moto one. He still finished third in that race and won the next.  In the MX2 class Husqvarna’s Thomas Kjer Olsen was top man. 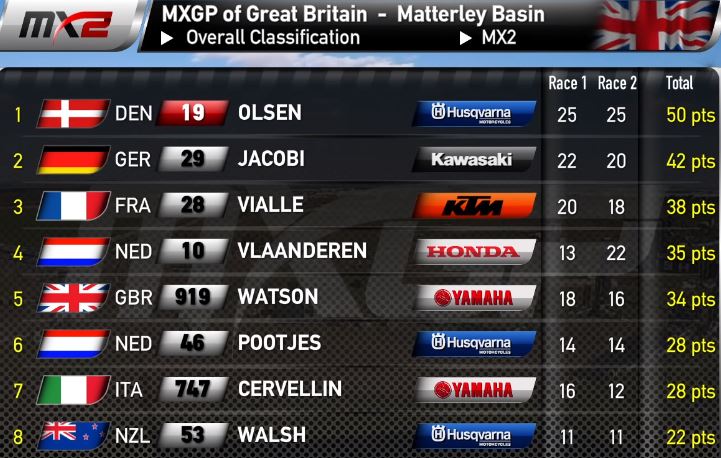 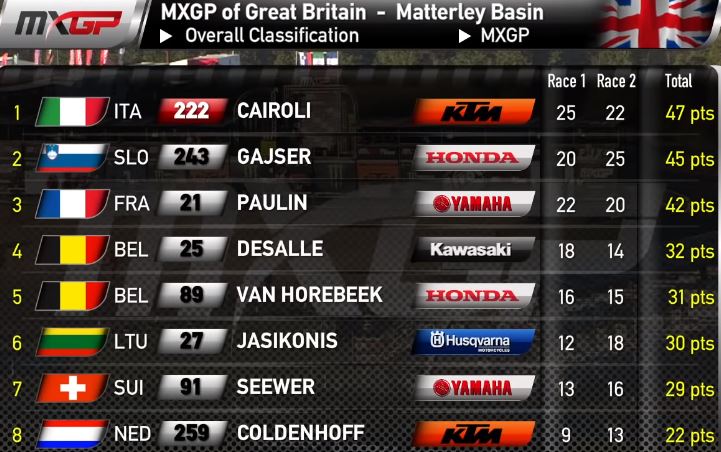 CHAD REED INJURY: “BUMMED MY YEAR COMES TO AN END …”

GAJSER’S WIPE OUT: HOW COULD HE STILL FINISH 3rd?