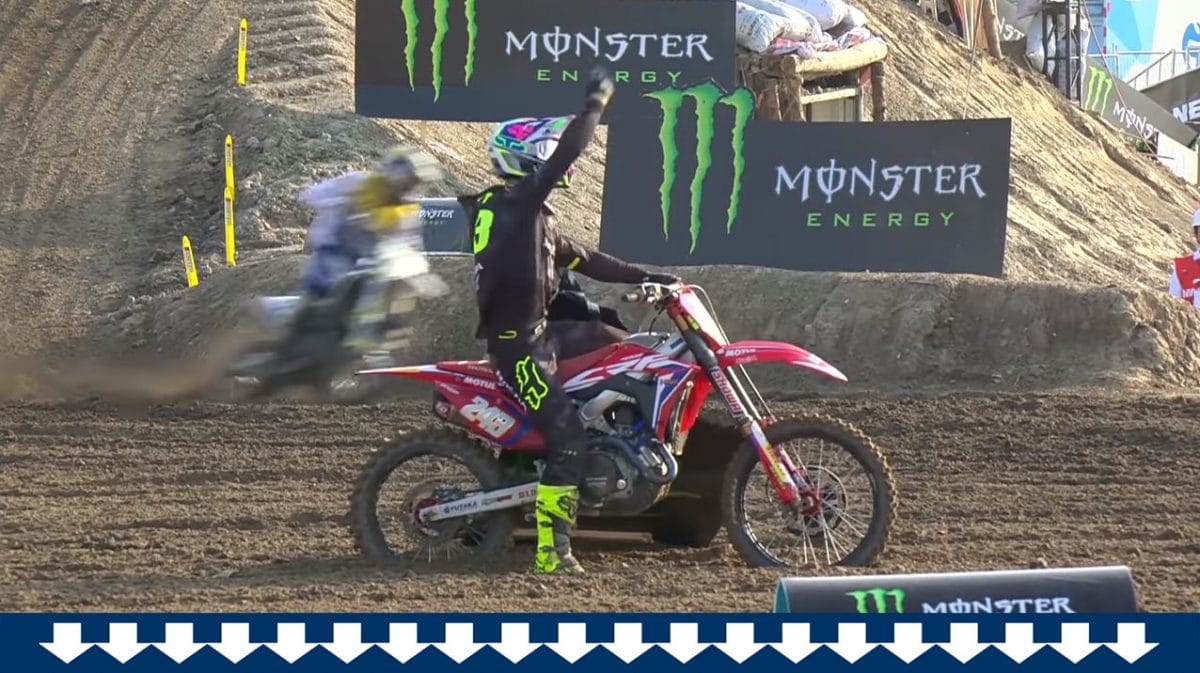 The final MX Grand Prix of the year took place in Shanghai, China this weekend. Both championships were already locked up with Jorge Prado dominating the MX2 class and Tim Gajser amassing a record-setting points lead in the 450 class. Prado continued to do his thing in what will be his last GP in the 250 class, winning both motos. Jeff Herlings split wins with his countryman Glenn Coldenhoff in the 450s as both return home and prepare for the MX of Nations in two weeks.