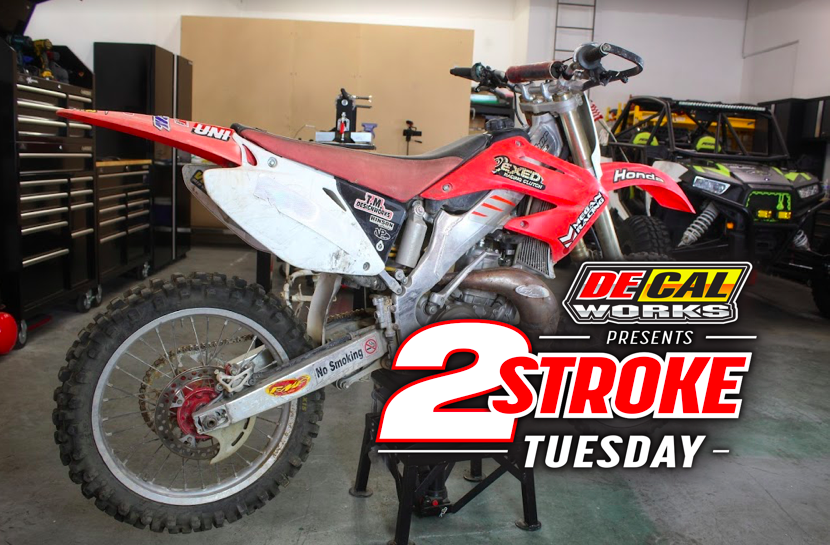 On this week’s Two-Stroke Tuesday brought to you by Decal Works we are giving you a behind the scenes look at our Honda CR250R build appropriately name T1000 happening right now with the crew at MX Revival. Charles Lytle gives us some insight directly from the builders perspective below. In 2-Stroke History we take a look at what possibly could be the greatest bike that Honda has ever produced and if you are a fan of CR250R two-strokes don’t miss the exclusive link to our 1995 CR250R project.

Here is a video of the initial tear down from MX Revival: 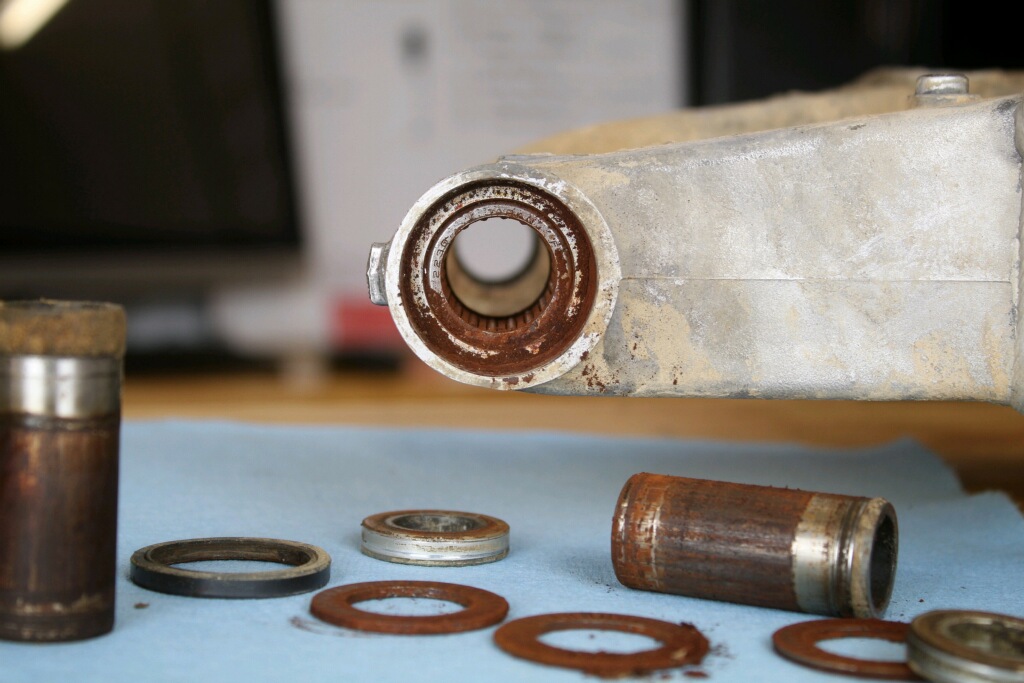 Long gone were the tight new, well greased bearings in this chassis. These may have spent some time in the bottom of the ocean. Nothing a little heat and bearing press can’t fix. 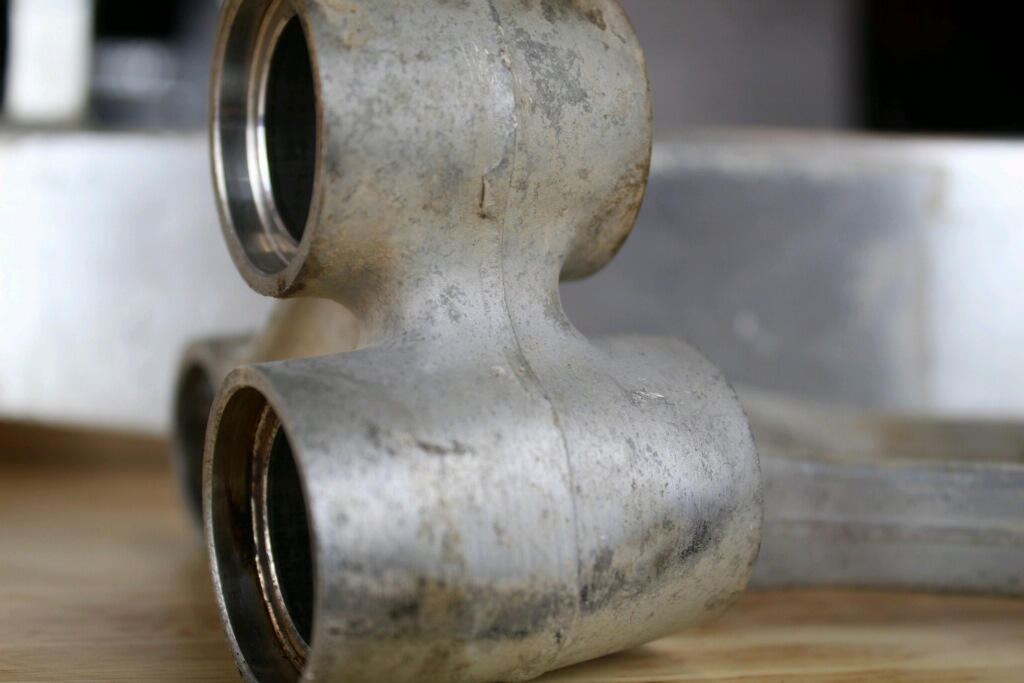 Some casting flash was removed from the suspension linkage, and our CR250 project frame took a trip through our industrial vapor blasting cabinet for a better-than-new finish. Our cabinet has a tendency to make both our customers, and shop staff drool!

This is actually where the project name “T1000” came from – AKA Liquid Metal from the Terminator Movie series. 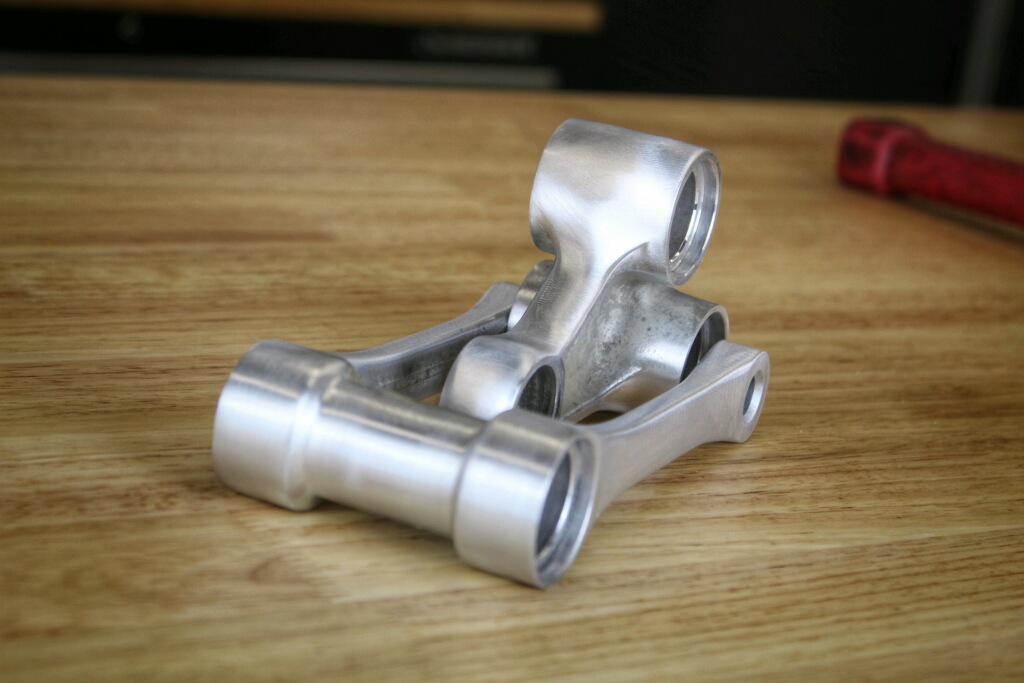 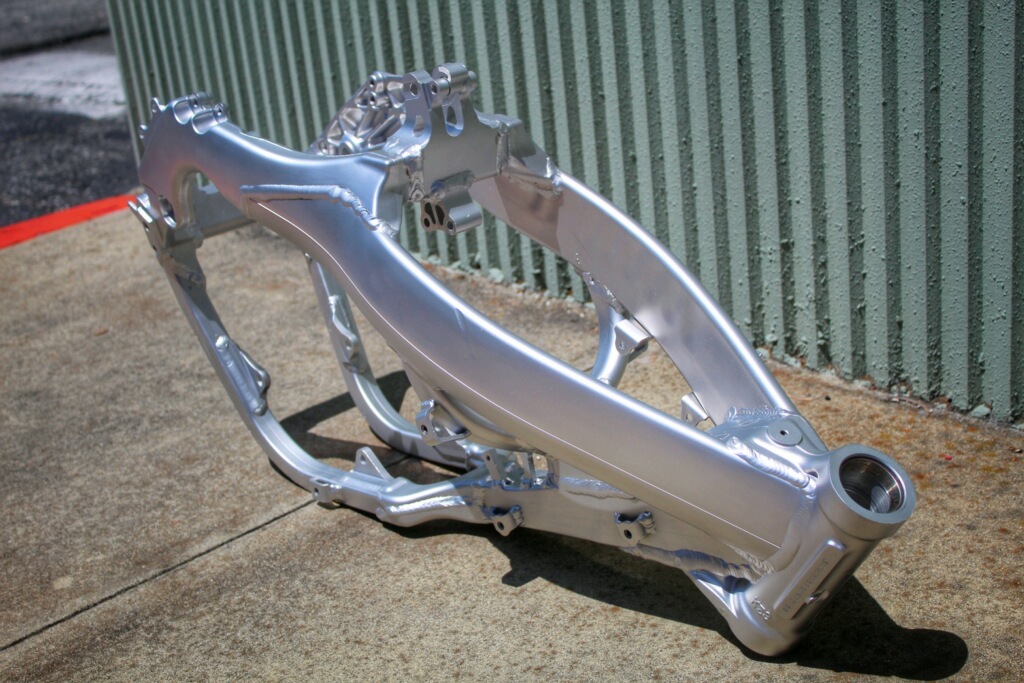 The frame received a lot of attention. It received the royal treatment getting pressured washed first and then ample amounts of time in our industrial vapor blasting machine. The end result is mind blowing in person. 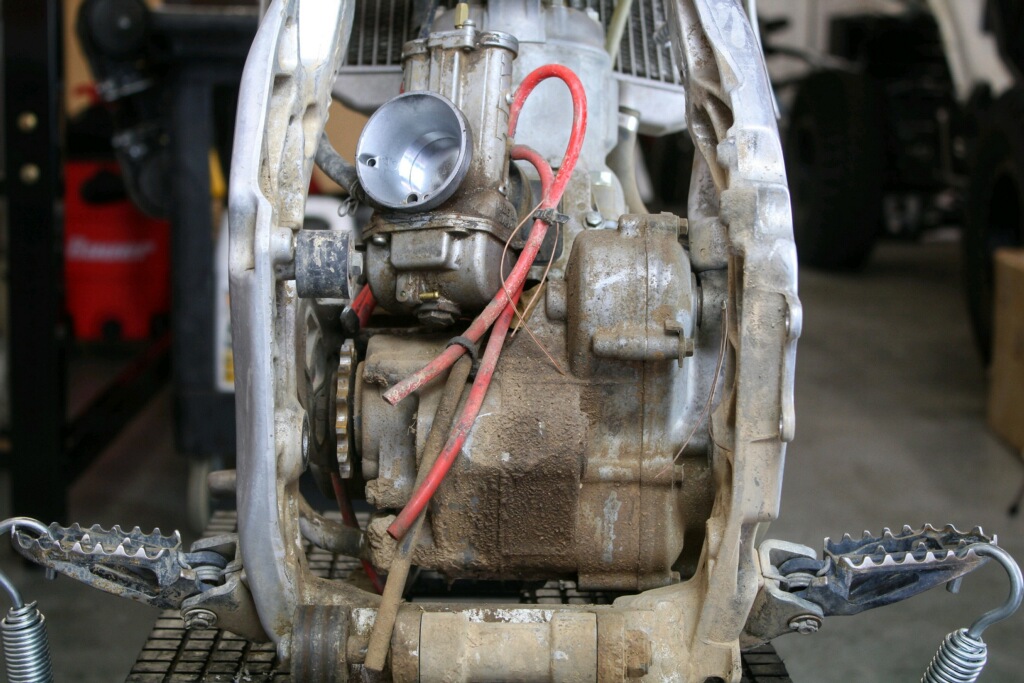 With the bike & engine fully disassembled, I was able to get into some of the heavier detailing & restoration work. 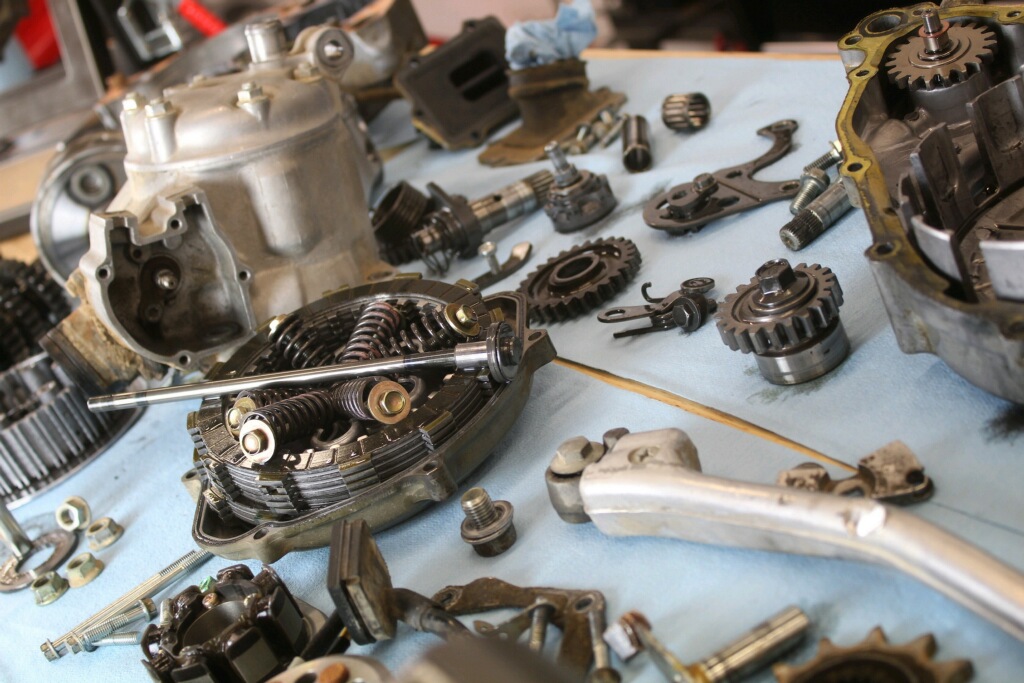 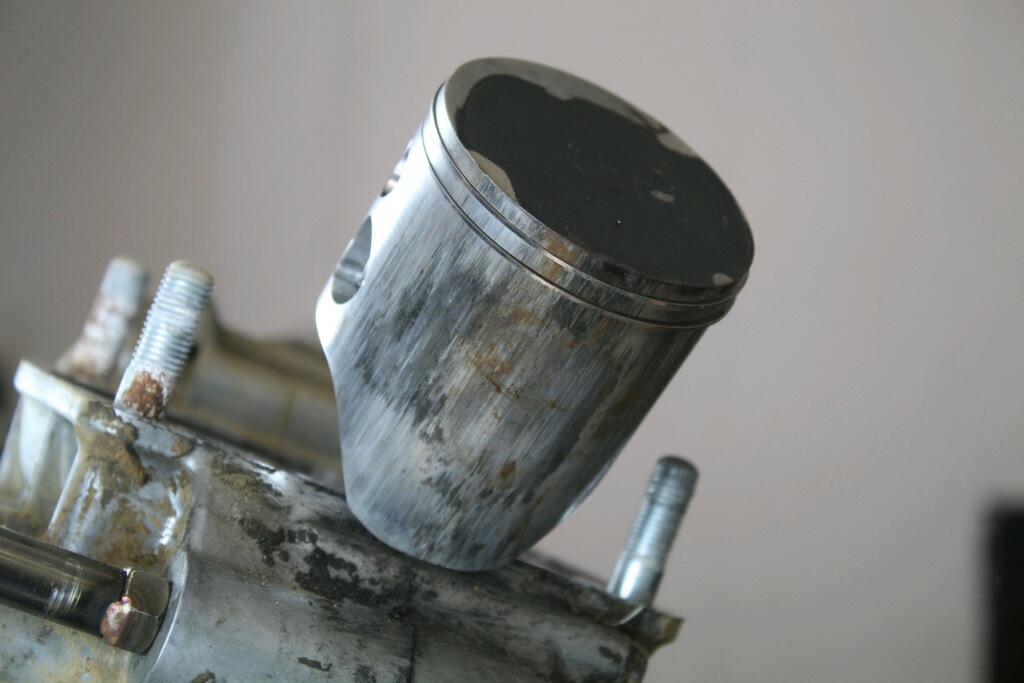 The engine has some surprises in store for us as well. Check out the video below made by Charles Lytle: 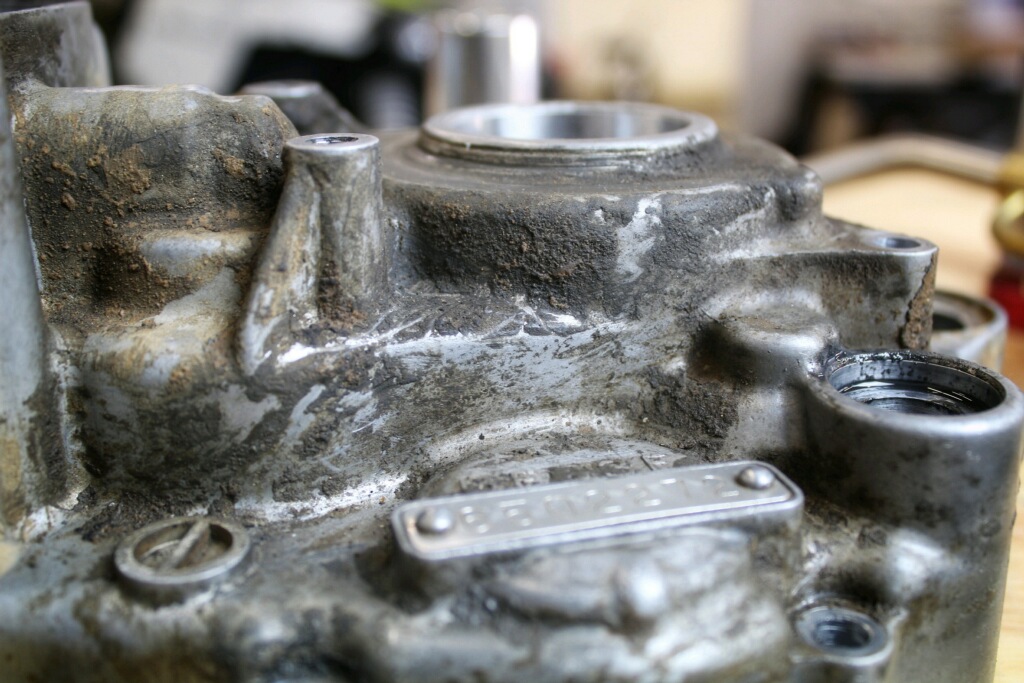 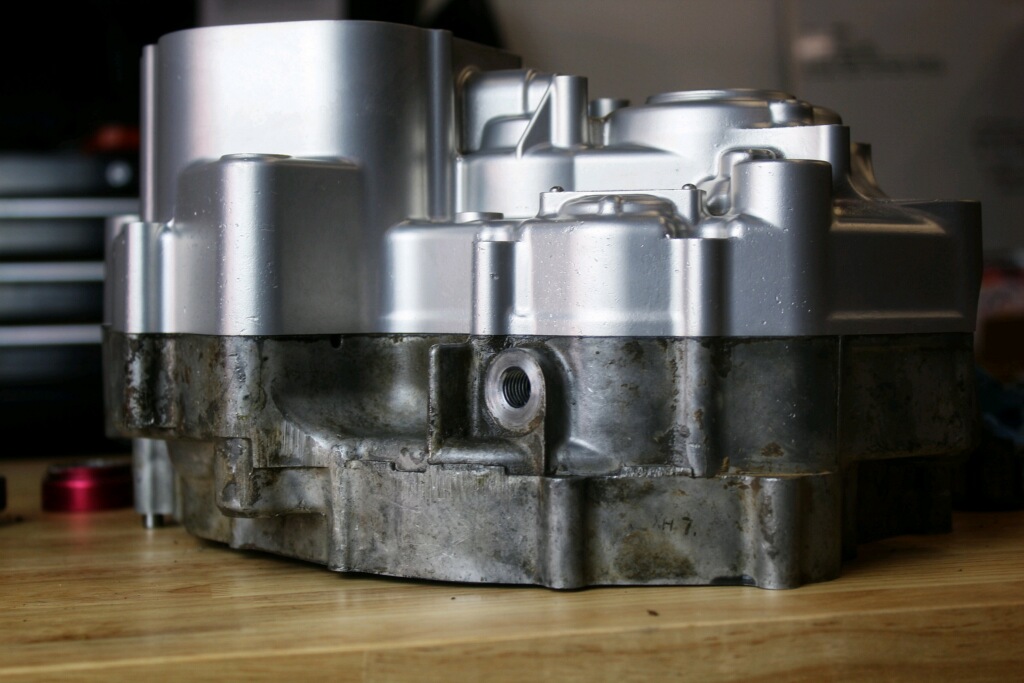 A two-stage blast process is used to strip, then shine our previously aged aluminum. Stay tuned for more on this CR250R build and the CR500R build that we are doing with MX Revival. – Charles Lytle

There are timeless classics in each field, and in the dirt bike world, there’s nothing that has reached that status like the Honda CR250R. Even though it’s been out of production in the U.S. since 2007, the CR probably won more combined amateur and professional races than any other motorcycle in the dirt world. And they are still out there winning. The CR is a hot commodity on the used-bike market, and on start lines across America, they still outnumber many current models.

1995 was a very interesting year for Honda. Their CR250 had some issues and the company made a handful of recalls for those issues.  Check out our 1995 Honda CR250 project and see how we solved those problems twenty-five years later. CLICK THE IMAGE BELOW FOR THE FULL STORY.