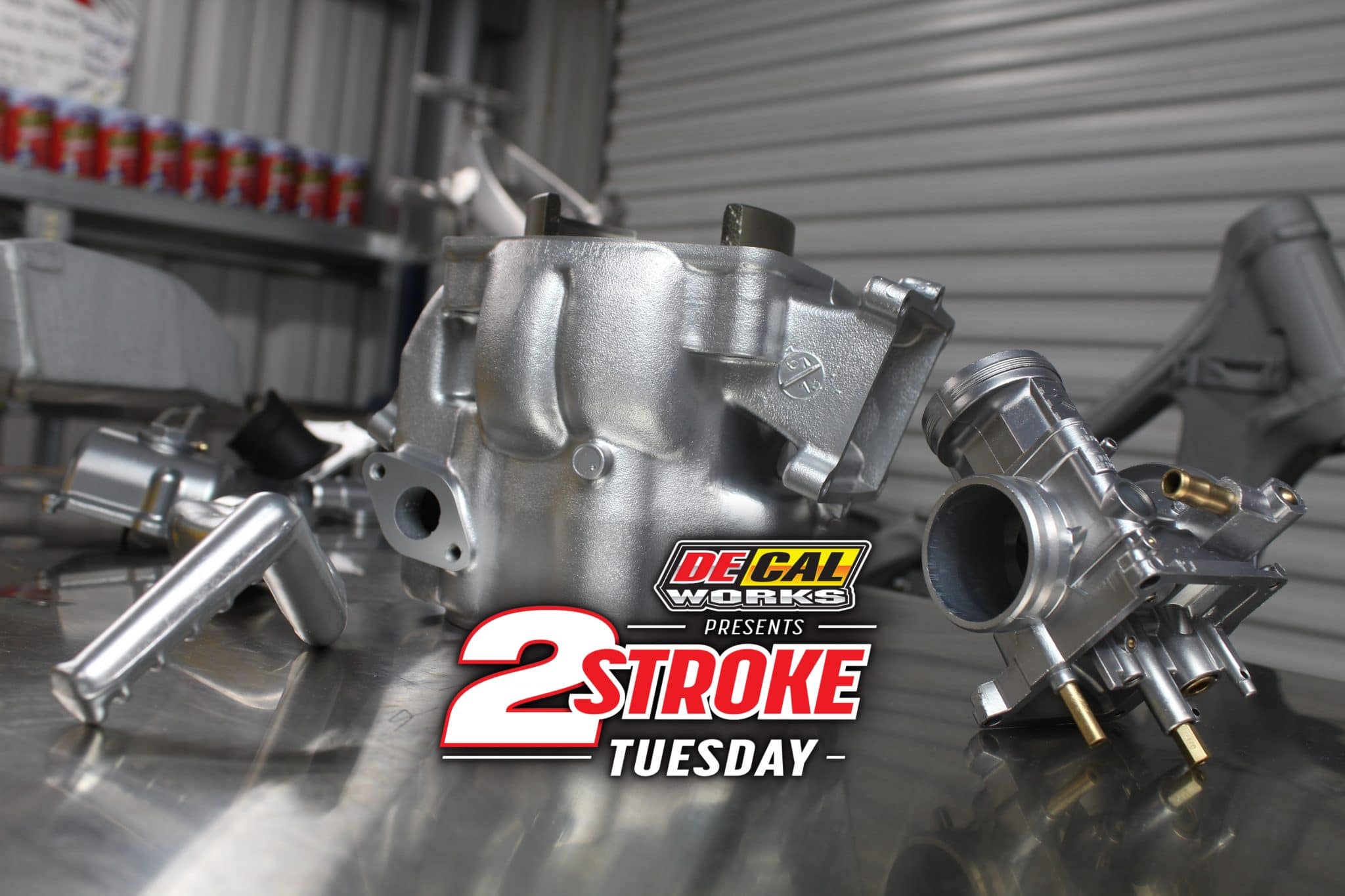 On this week’s Two-Stroke Tuesday brought to you by Decal Works we get an update directly from Charles at MX Revival on our “Ping King” 1990 Honda CR500 project in the works right now. Most of the parts are cleaned up and the assembly stage is just around the corner. The suspension components are at SGB getting the royal treatment and the engine is in Canada being tuned by the legend himself Adam Millar.  This thing is going to be insane when it’s all done. 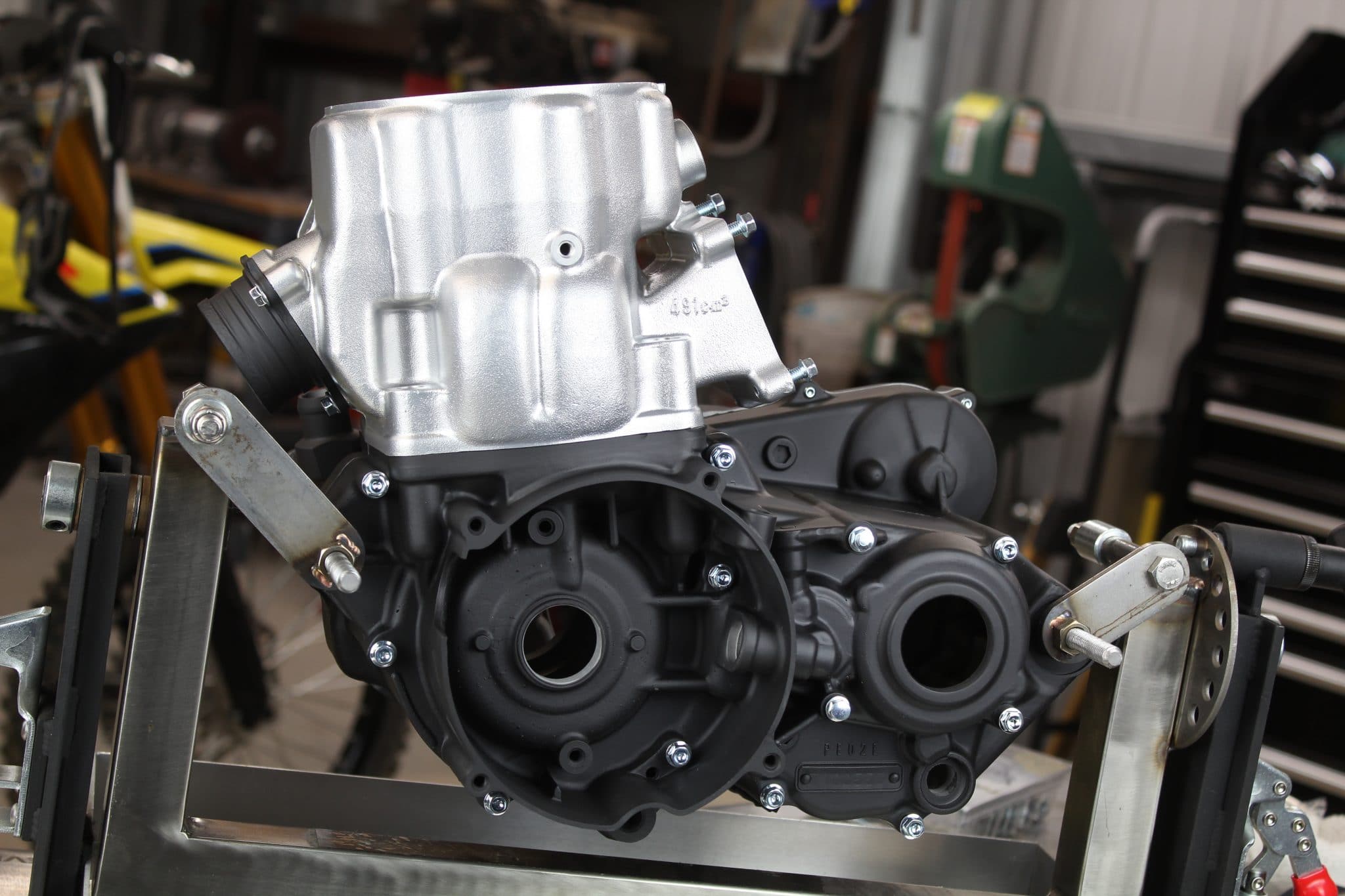 With our freshly Cerakoted cases back from Apex factory Services & in house vapor blasted bits by mXrevival, this CR500 engine is starting to look insane! We’ve gone with the Classic “black bottom end” that Honda had from the factory…. only, much more “Factory” looking. 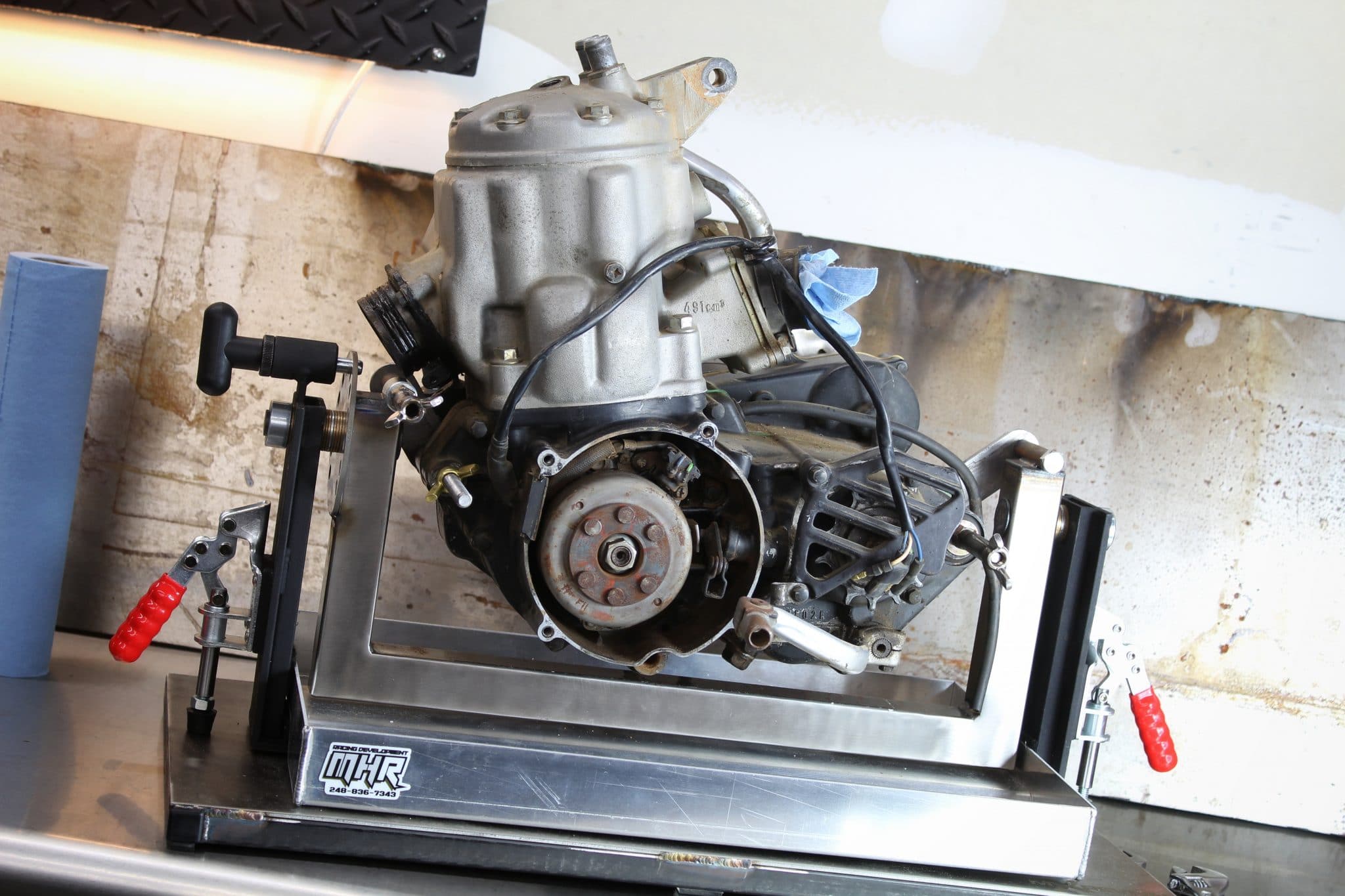 Project Ping King’s poor CR 5-hundy engine was seized, stained & in serious need of a rebuild! Thankfully the MXrevival Build Crew has the arsenal to make it happen for DBM. 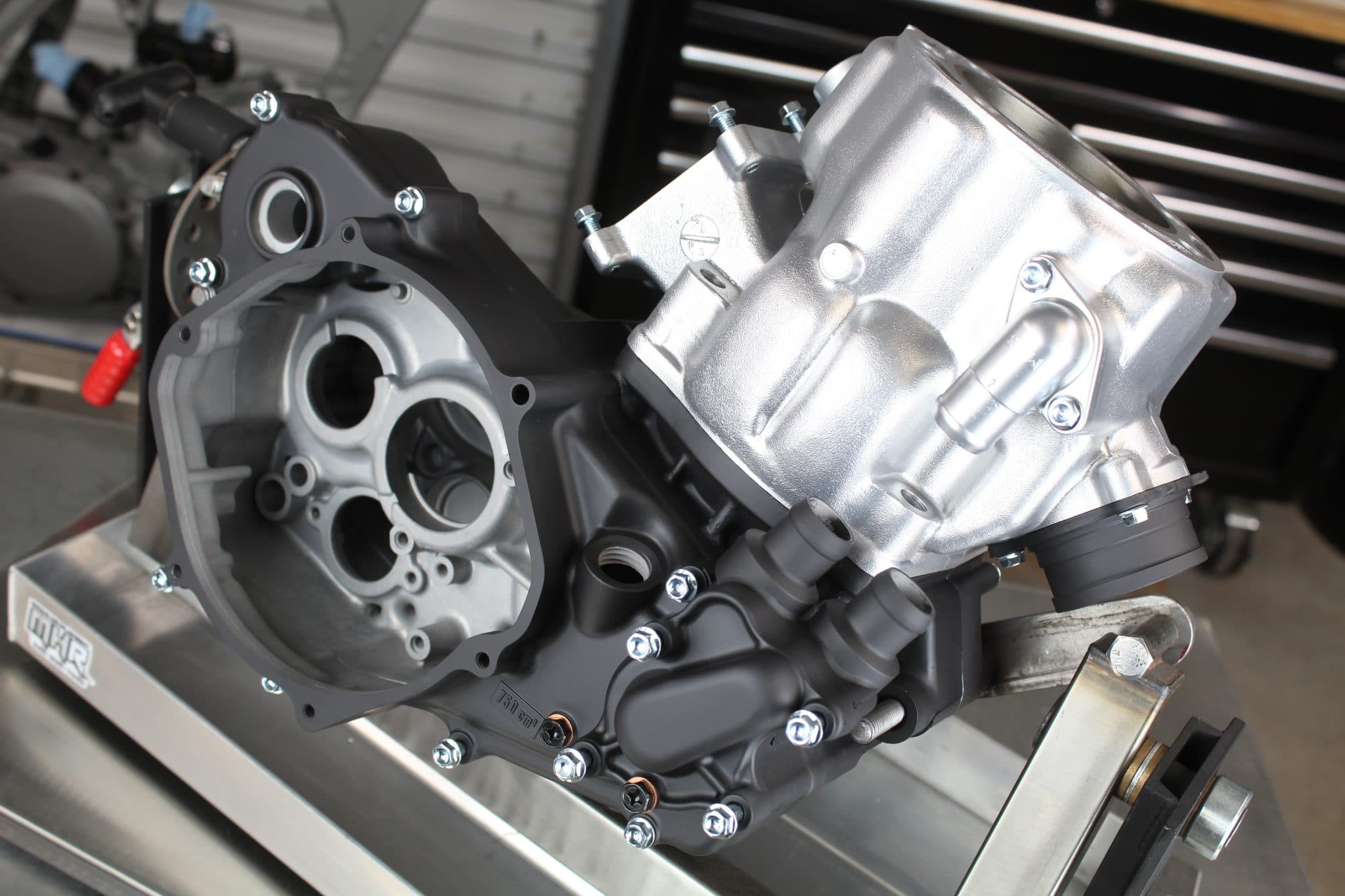 We’re talking details all the way down to the Bolt Motorcycle Hardware Engine Fastening Kit. These zinc plated steel beauties even have a dimpled-head faux Ti hardware look & even came with new copper crush washers for the entire engine.
You already know we just had to get a few shots of “pre-assembly” before sending Ping King’s engine to Adam Millar in the Great White North (Canada) for expert re-assembly. Adam is responsible for building CR500’s with over 70HP!! As if CR500’s needed any more power! 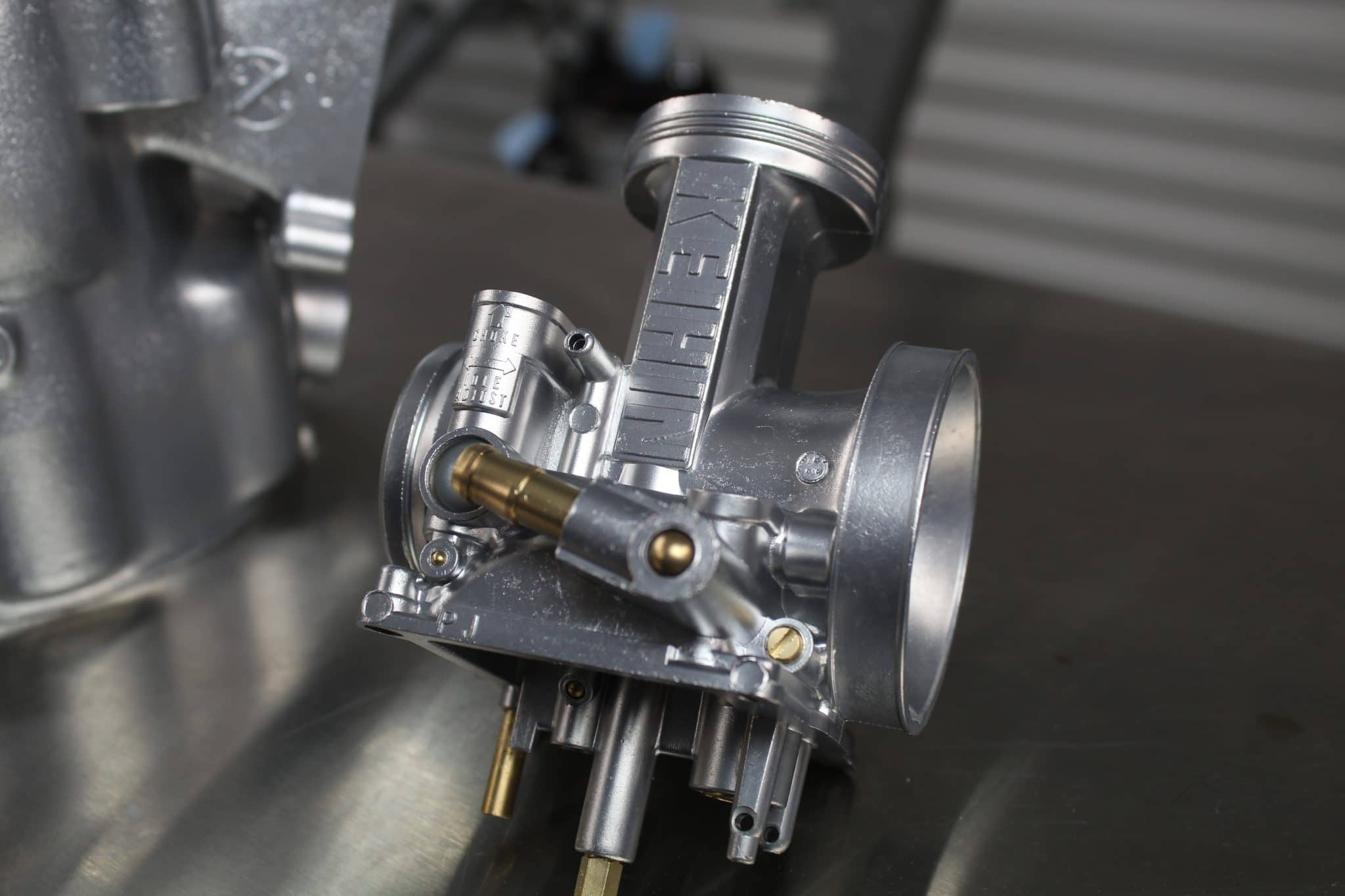 We may spice things up in the fuel delivery department with a more modern carb. But at least the stock carb is looking like glass after some vapor blasting 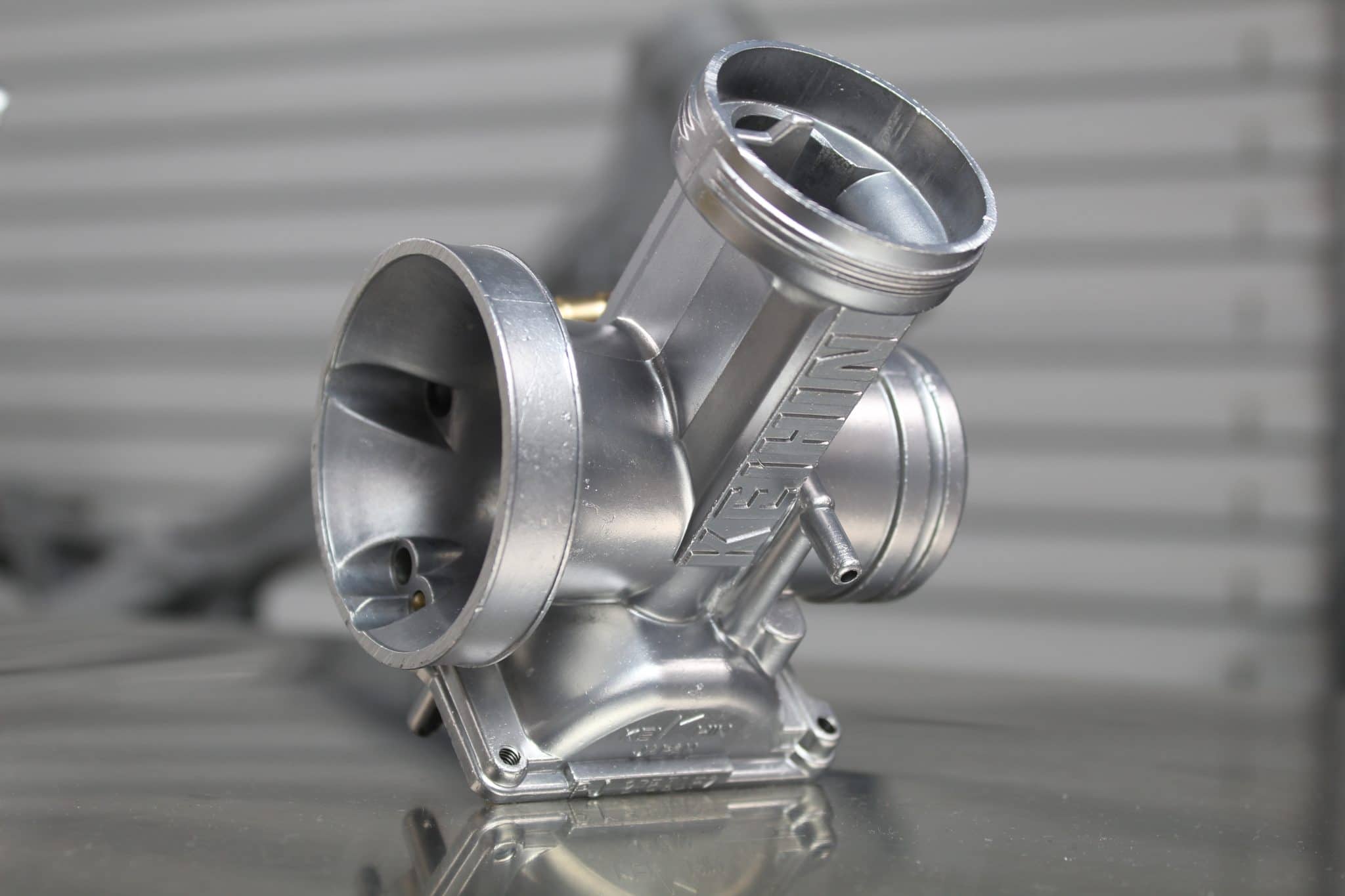 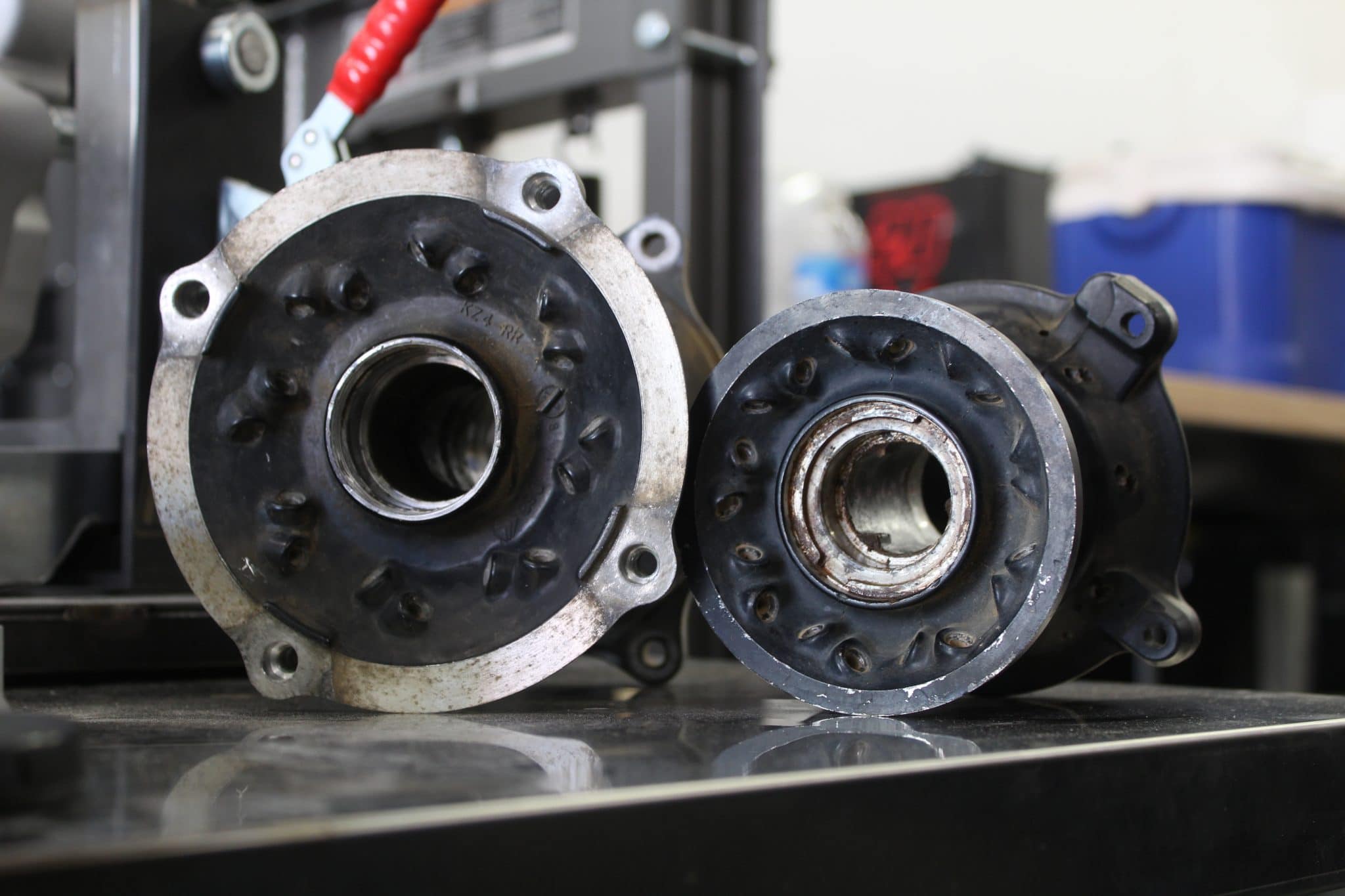 As is with most old  bikes, there aren’t a lot of new hub options available. We opted to rescue the stock hubs and build a new wheel-set around them.. 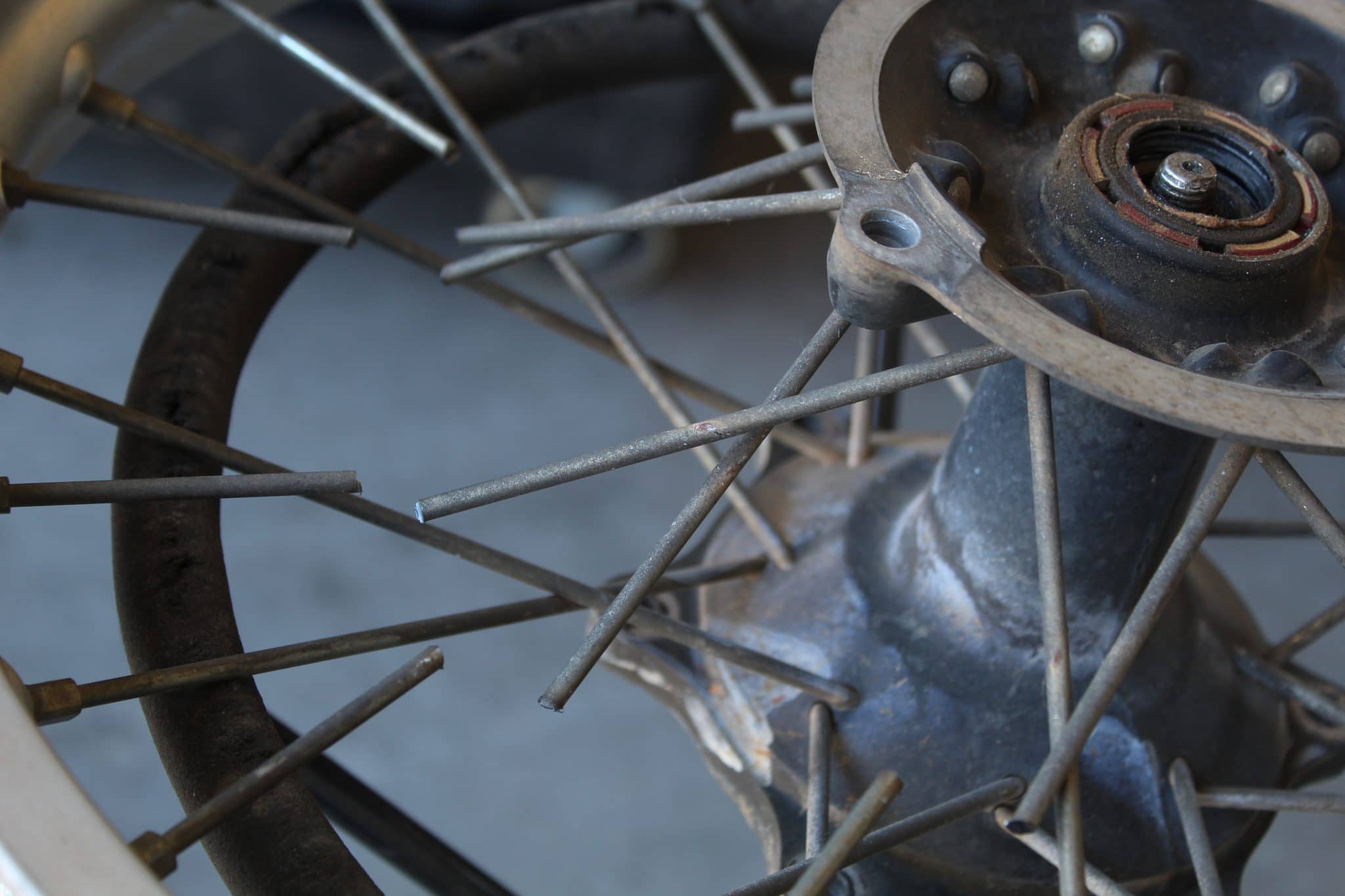 Also typical of older wheelsets- seized spokes. We let the sparks fly with our cut-off wheel & demo’d the old spokes in short order. Of course, you can also use bolt-cutters to get the job done. But, who turns down a good opportunity to shoot sparks across the shop with air tools?? Not us. 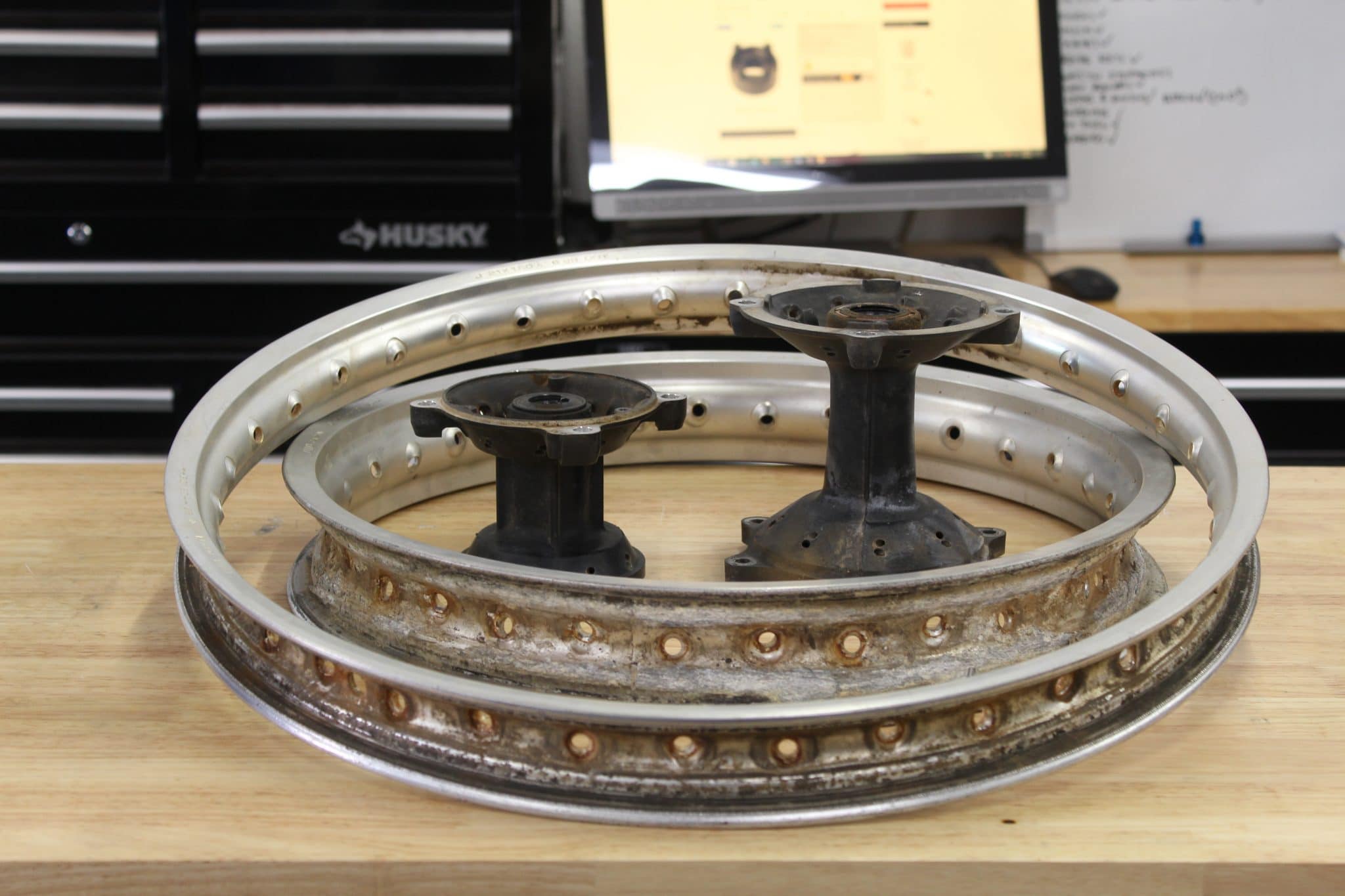 Soon we’ll have an insanely trick looking wheel set with revived hubs, and some more surprises for you too.
Stay tuned!
cr500TWO STROKE TUESDAY
Share FacebookTwitterGoogle+ReddItWhatsAppPinterestEmail