Two-stroke or four-stroke, rain or shine, it doesn’t seem to matter to Marvin Musquin. As the event headed to a new location at the beach, he caught the wave and is still perfect at Red Bull Straight Rhythm, claiming victory again in the 250cc class in his fourth appearance.

Musquin entered the event having never raced on a two-stroke, the Frenchman defeated the top qualifier and reigning champion, Ken Roczen.
While the 250cc class ended with a showdown between two Red Bull Straight Rhythm champions that has been years in the making (Musquin versus Roczen), it contained heaps of great racing and photo finishes before the grand finale.
Musquin’s undefeated record is still intact – though he had a close call and needed that comeback win against Josh Hansen in the second run of the semifinals.
Of his performance, Musquin said, “For some reason, to be honest with you, I thought it was going to be a lot harder than that. Obviously the rain played a lot of factors. Kenny was really, really fast all day.”

Earlier in the race, it was Roczen and Justin Barcia who went head-to-head out of the gates racing in near perfect harmony towards the big tabletop jump that split the course. That tabletop was make or break for many riders during the race, but Roczen and Barcia didn’t let up as they scrubbed the jump together the first run. Roczen edged out race one by milliseconds. It was ultimately Roczen’s upside-down whip over the big tabletop jump in the second run that secured his spot in the finals.

Barcia rounded out the 250cc podium in his Red Bull Straight Rhythm debut. Barcia called the experience, “The most awesome event I’ve ever run.”
The 125cc division also didn’t disappoint, although defending champion Carson Brown appeared to be in a class of his own.
Riding a 22’ Yamaha YZ125, Brown breezed through his brackets to meet 19-year-old Josh Varize in the final.
In the second run of the 125cc class finals, Brown pulled off a triple-triple in the rhythm section in wet conditions tow in the class for the second time, beating Josh Varize on consecutive runs.
“That was crazy,” Brown said. “But man, he [Varize] was riding good. I definitely had to that triple-triple to get ‘er done, and I’m happy I did. It [the championship] means everything to me. I love two-strokes. I love all kinds of racing. These last few months, I’ve been doing a little bit of everything, so I’m glad to be here.”
The typical Southern California sunny weather took a break as rain threatened throughout the day, finally making an appearance in the final matchups. While makig for slick conditions, the riders in both the 250cc and 125cc classes pressed on.

The seventh running of the event moved to a new location, on the coast of Huntington Beach, and drew a sold-out crowd.
A condensed highlights show will air on ESPN on Sunday, October 16 at 12:00 p.m. PT and on Red Bull Motorsports YouTube. 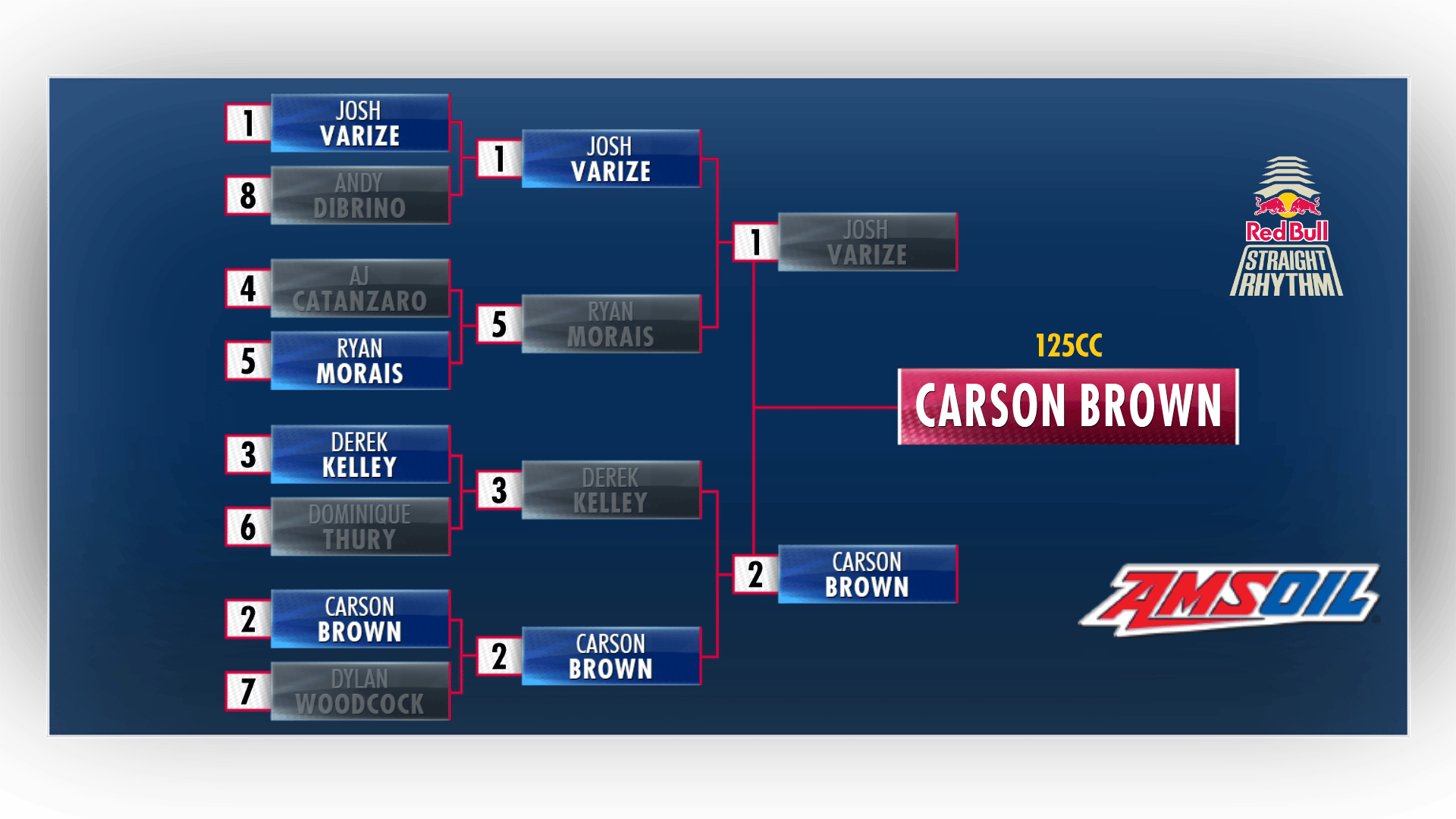