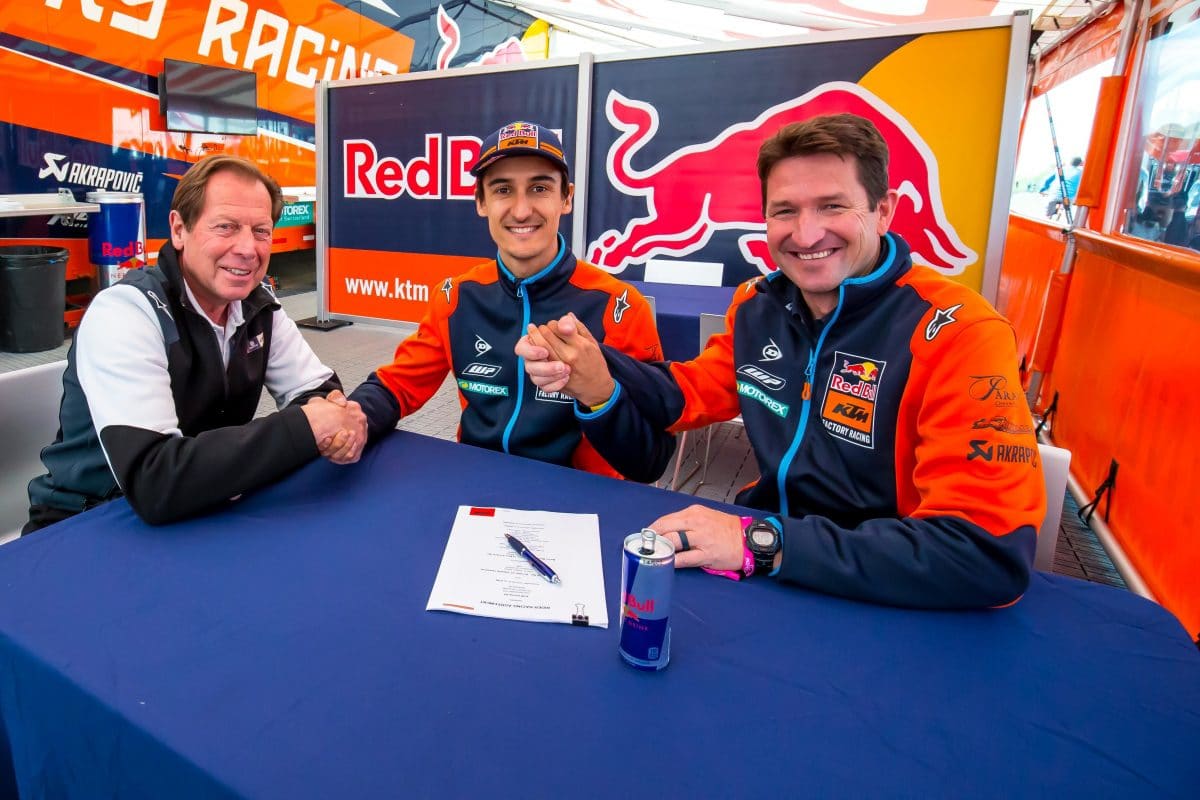 Marvin Musquin has signed a contract extension with the Red Bull KTM Factory Race Team that guarantees he will on a KTM through 2021! Below is the official announcement.

MURRIETA, Calif. – KTM North America, Inc. is proud to announce the contract extension of Marvin Musquin, who will remain with the Red Bull KTM Factory Racing Team for the 2020 and 2021 race seasons.

Marvin Musquin has spent the last 10 years of his professional career with the KTM brand and is continually a championship contender in the sport’s premier racing circuits. A true “READY TO RACE” athlete and KTM brand ambassador, Musquin’s performance in North America has gained recognition amongst fans as a fierce competitor.

Musquin: “I am pleased with the extension of my contract with the Red Bull KTM Factory Racing Team for the next two years. KTM and Red Bull have supported me immensely and I believe the product, team and the overall program will contribute to my future success.”

Team Manager, Ian Harrison: “I have had the privilege of working with Marvin for nine years and he is a first-class guy that always gives his best, both on and off the track. The 2019 SX Championship proved what a tough contender Marvin is and I’m sure we will get to witness more of his talent in the years to come. I am so happy he has made the decision to stay with Red Bull KTM for the ’20 and ‘21 race seasons. On behalf of all of us at KTM, thank you Marvin, for continuing your journey with us.”

Director of Motorsports, KTM GROUP, Roger De Coster: “Marvin came over to the U.S. from the MXGP circuit for the 2011 season, which was the same time Ian Harrison and I joined the team and it is hard to believe that this is our ninth year working with him. During this time, Marvin won a 250SX East title, but more importantly, he has not finished off the podium in either the 450 SX or MX Championships and he is still improving every season. I am truly happy Marvin chose to extend his relationship with Red Bull KTM for two more years.”

The 29-year-old French rider has been with the KTM brand since 2009, where the rising star at the time captured back-to-back MX2 World Championships in ’09 and ‘10. In 2011, Musquin signed with Roger De Coster and the U.S. based Red Bull KTM Factory Racing team and by 2015 he captured the 250SX Eastern Regional Championship. Since moving to the premier 450cc division in 2016, Musquin has accumulated eight AMA 450SX victories and seven AMA 450MX victories, while consistently maintaining a top-three position in the overall championships.