MULLINS IS HOT! WINS THIRD NATIONAL ENDURO IN A ROW 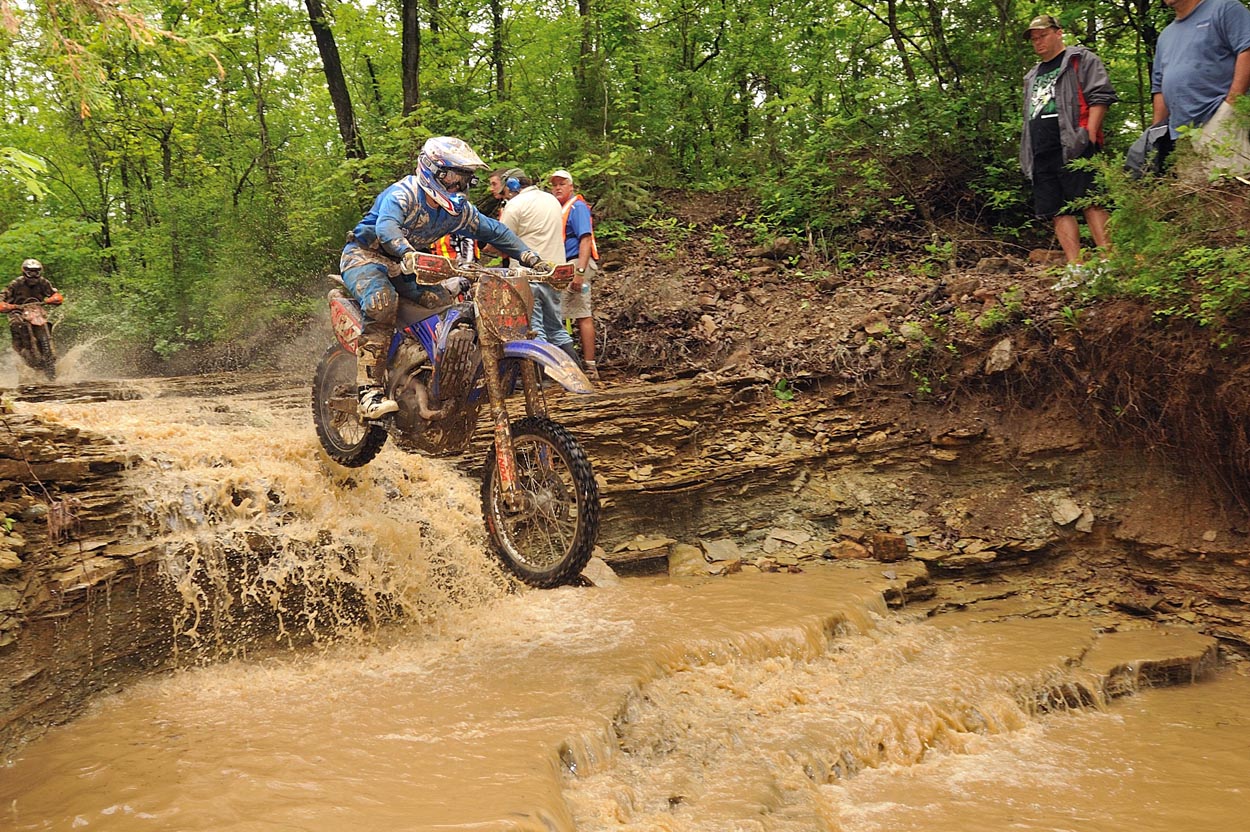 By Shan Moore
Charlie Mullins claimed his third-straight win in the Rekluse/AMA National Enduro Series, and in the process took control of the series points lead with a dominating performance at the wet and challenging Leadbelt National Enduro, near Park Hills, Missouri.
Mullins’ championship hopes were in doubt after he DNFed the Florida round of the series back in March, but the Obermeyer/Am Pro/FMF Yamaha rider has been unbeatable since then and now holds an 11-point lead over factory Husaberg rider Michael Lafferty with four rounds remaining on the schedule.
Defending champ Russell Bobbitt held a slim four-point lead coming into the Missouri round, however, the FMF/KTM rider was off the pace after separating his shoulder the week before, and struggled to finish ninth in the muddy, rock-laden event.
Riding strong from the start, Mullins won four of the six tests outright, and then tied FMF/KTM’s Cory Buttick for the fastest time in one other. In all, Mullins finished the 65-mile event almost a minute faster than Buttrick, who won the fourth test and ended the day in second overall. Third place went to Husaberg rider Nick Fahringer, while Husqvarna’s Glenn Kearney finished fourth, just three seconds behind Fahringer.
“The track held up well and I just tried to ride to the best of my abilities and things turned out well,” said Mullins. “I did what I wanted to do, and that was win and get in the points lead. This event had a little bit of everything and it was a fun event – the club did a great job.”

Lafferty ran in third position for most of the race, but a poor showing in the final test dropped him behind Faringer and Kearney.
“I passed Bobbitt before the waterfall in the sixth test and then I fell off a ravine, and my legs started to cramp when I tried to get going again,” said Lafferty. “After that I just lost it.’ Lafferty held on to finish fifth, ahead of Monster Energy/JG Off-road’s Jimmy Jarrett and KTM riders Andrew Long and Brad Bakken.
A steady rain on Saturday and then off and on rains during the event on Sunday made the Missouri rocks quite slippery, but as usual, the Missouri Mudders were prepared for the worst and pulled off an excellent event. After six rounds, Mullins holds the series points lead with Charlie Mullins 138 points, with Lafferty sitting in second with 127. Bobbitt holds third at 124 points, while Buttrick (123) and Fahringer (107) round out the top five.