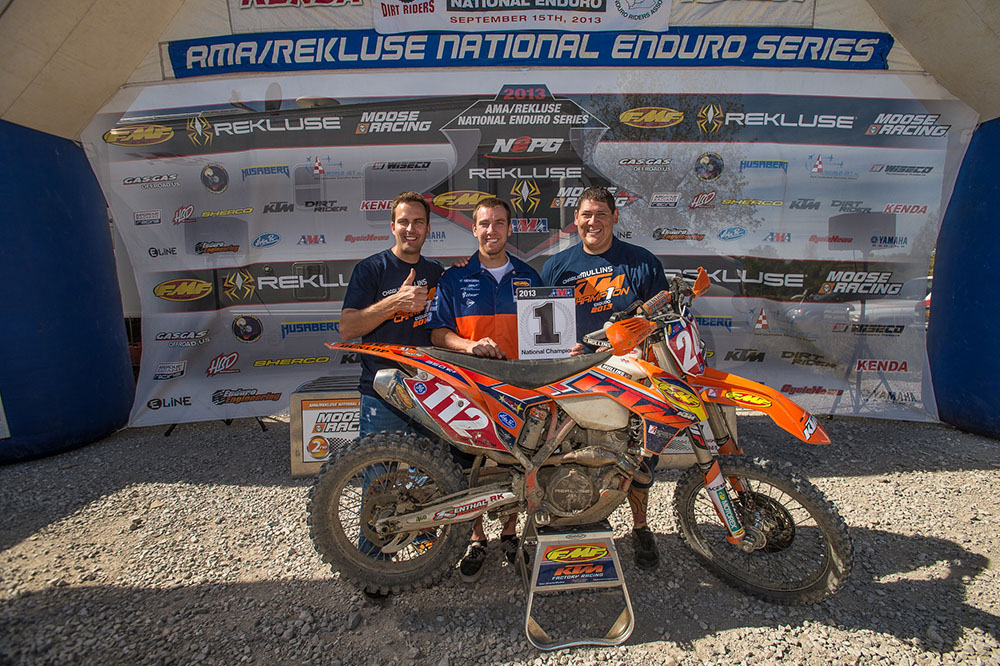 Lynnville, IN : Factory FMF/KTM rider Charlie Mullins was crowned the 2013 Rekluse/AMA National Enduro Champion after winning the ninth round of the series to clinch the title one round early.

Mullins was on the gas all day as he won the first two special tests and tied for the lead in the third. At the halfway point he had already accumulated a minute lead on the field as the riders headed toward the fourth test of the afternoon. He finished second in the next two tests and the rebounded to take the win in the final test session to win the overall and his second career AMA National Enduro title.

‘I felt really good all day,’ remarked Mullins. ‘The course was slightly dusty but overall really good and I was able to put together a great ride. I am relieved to earn this title one round early and now focus on the GNCC Series and representing Team USA in the ISDE.’

Factory FMF/KTM Team Manager, Antti Kallonen, commented, ‘The entire team is proud of Charlie and his effort this season. This is our teams second championship this season (Kurt Caselli wrapped up the 2013 AMA National Hare and Hound Championship two weeks ago) and we couldnt be happier with our riders performances. Charlie was the man to beat all season and is most deserving of this title.’