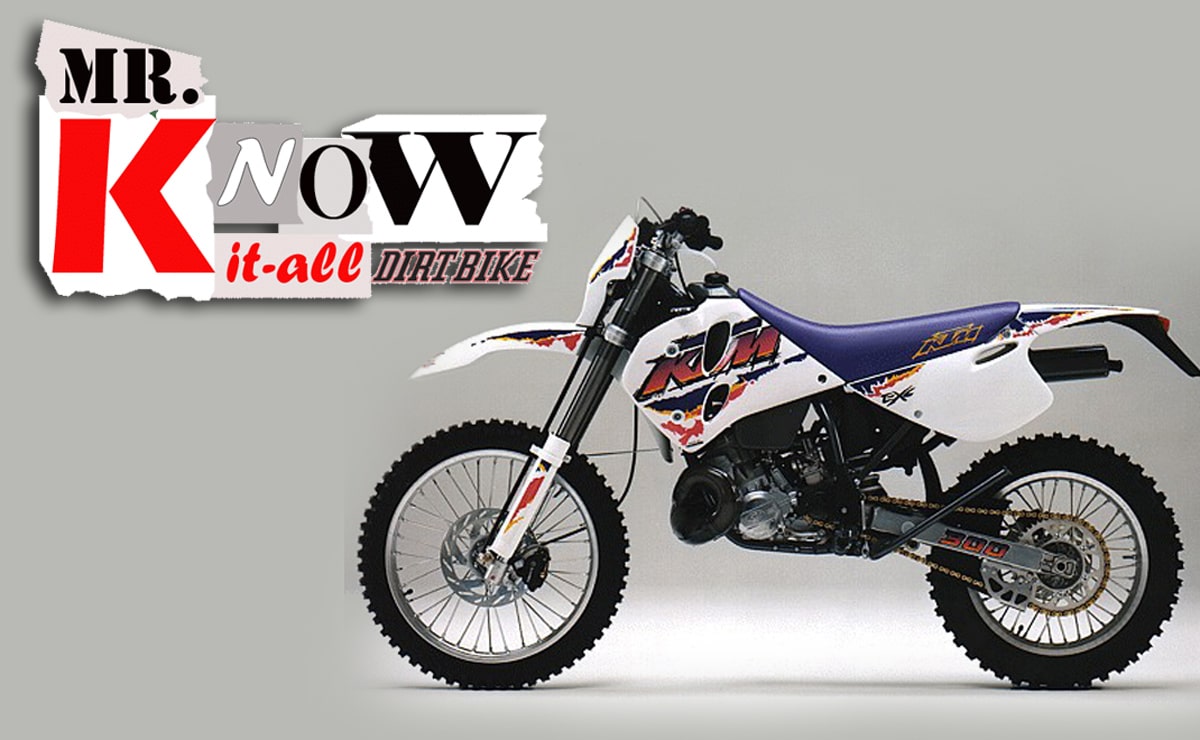 THE 300 MYSTERY
Dear Mr. Know-It-All,
Why are all the current large-displacement two-strokes 300cc? I see that 250s exist because of racing-class rules, but why don’t we have 350cc or 400cc two-stroke off-road bikes? The old Husky and Maico 400 bikes were considered some of the best powerband bikes for many years, and it seems that someone would make that kind of motor today, only better with advances like counterbalancers and fuel injection. Are there other racing rules or classes I don’t know about, or is it just easy because the 250s are going to be built anyway? Bring back a modern thumper smoker! I need more grunt!
Wade Bridges
via [email protected] 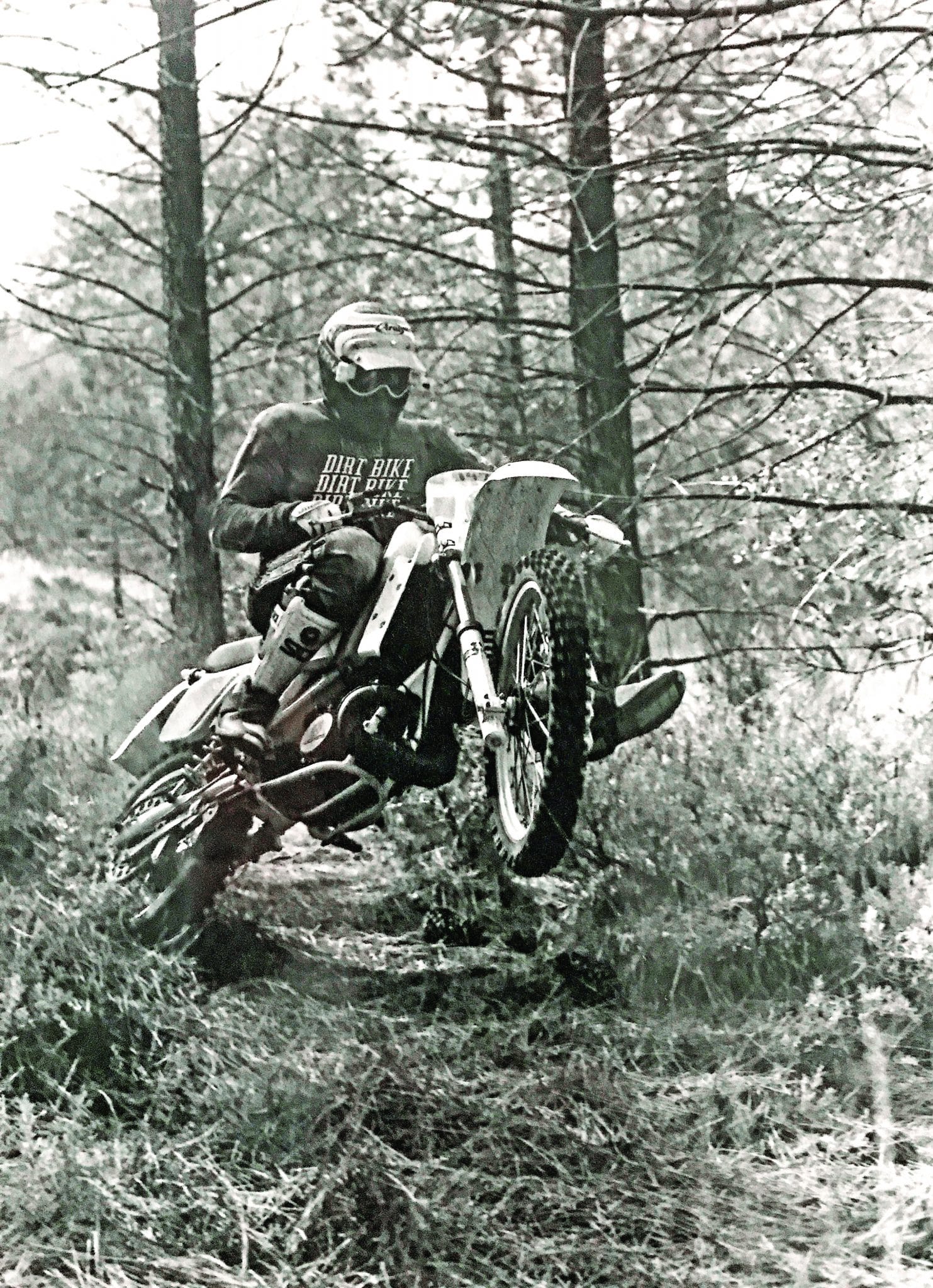 If it was up to the KTM engineering team, the model lineup at KTM would likely look a little different and might even include a large-displacement two-stroke. Unfortunately, bikes are basically built by the marketing department, the accountants and the lawyers. KTM has offered several big-bore two-strokes (350, 360, 380, 490, 550) in the past, and none had acceptable sales numbers, so they were dropped from the lineup. The race-team budget comes from the marketing department, so they only want models that they can race and win. The accountants count the beans—and cut some corners—to keep the products within a competitive price range, and the lawyers look for possible liability issues and add items like closing throttle cables, side-stand safety switches, etc.

Here’s the bottom line: 300s sell faster than KTM can make them, don’t have the downside of the larger-bore two-strokes (excessive vibration, hard starting, over-heating, herky-jerky power delivery, a brute to hang on to all day, etc.), and are much more fun to ride, easier to ride and a way more effective woods weapon than 400-plus-cc models.

If you really want a big-bore two-stroke, there are a couple of companies fitting 500 and 550 engines into a modern chassis, but don’t expect KTM to make any in the foreseeable future.
Regards, grunt man. 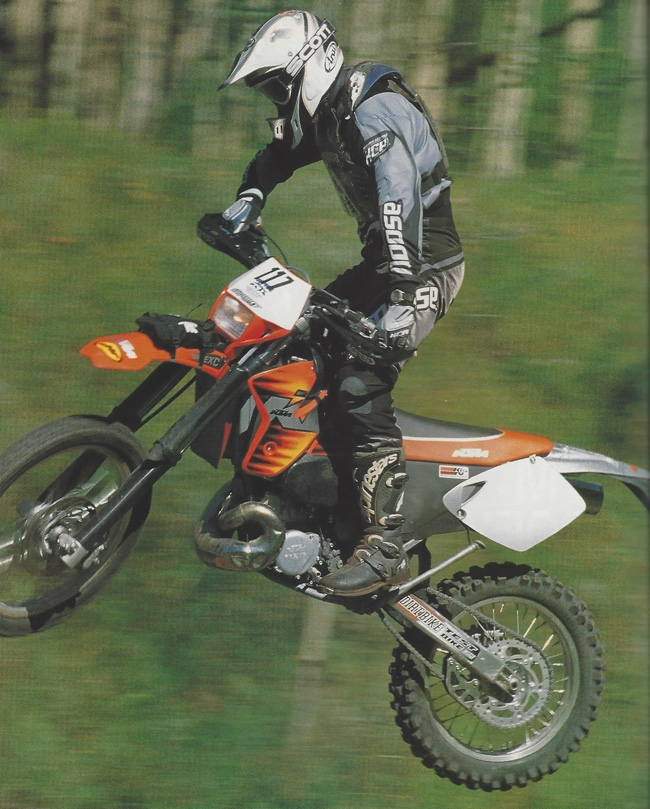