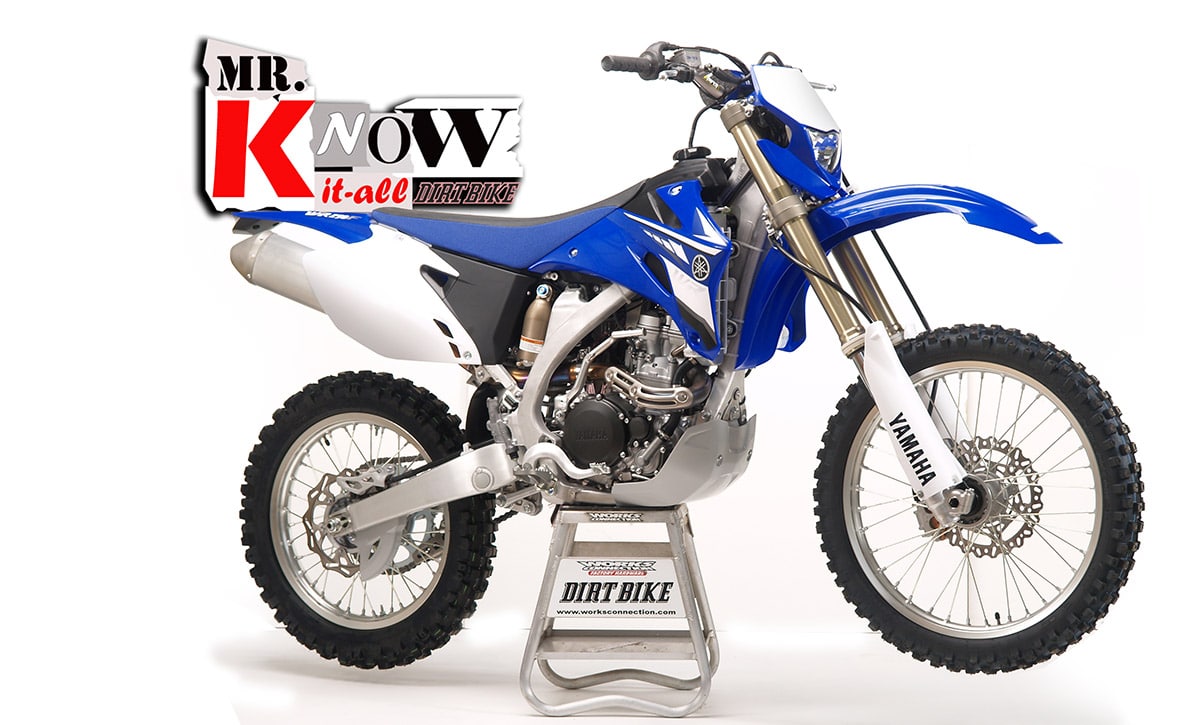 Dear Mr. Know-It-All,
My 2008 WR250F has been sitting for over six months, and I had drained the fuel in the float bowl before I stored it. I’ve never had a problem with clogged jets, but this time when I turned on the fuel, gas was dribbling out of the overflow intermittently. I then cleaned the carb and the needle and seat, but it still spits out fuel. Am I missing something?
Phil Trifiro
via [email protected] 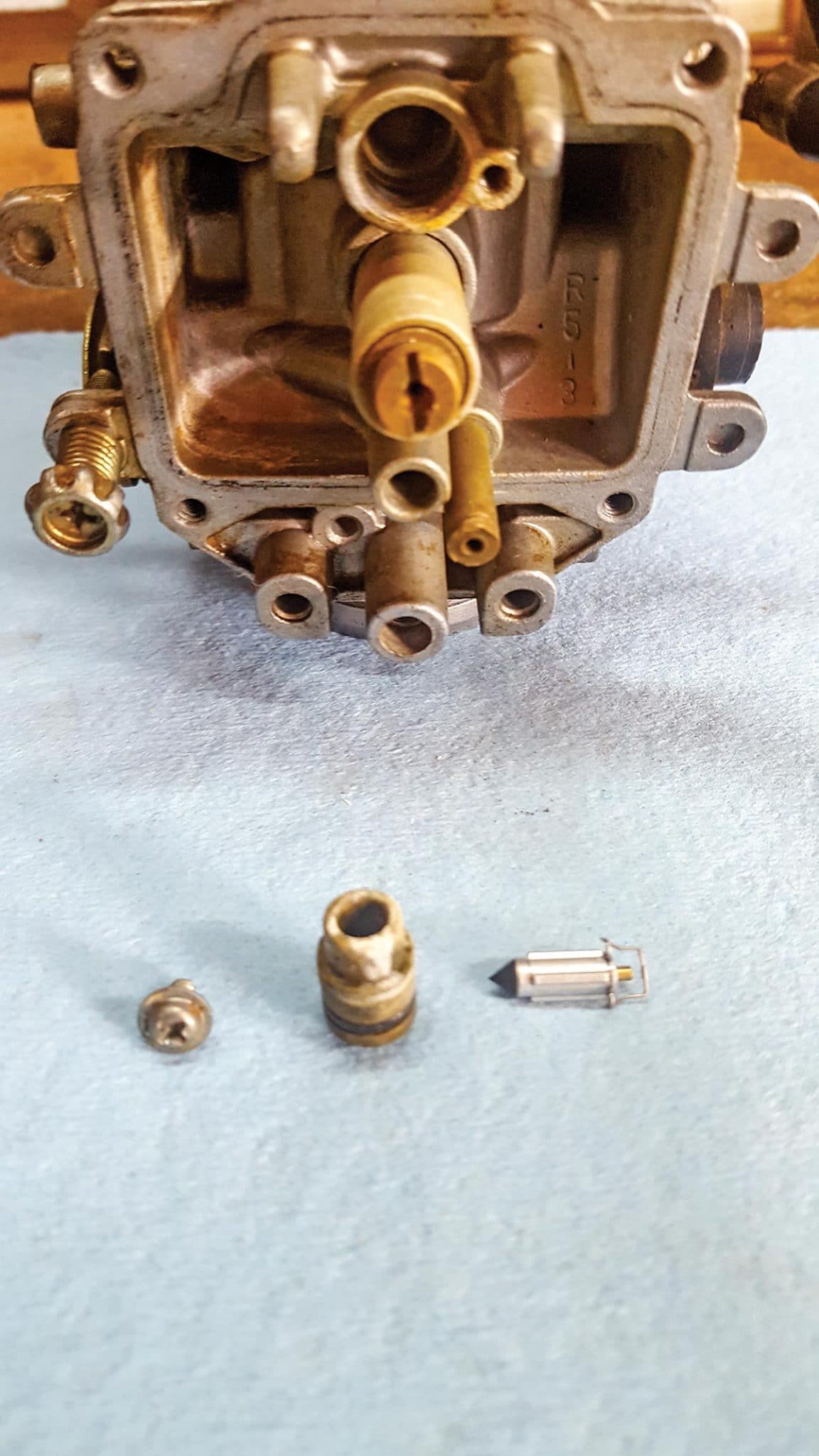 There are a few things I would look at on your salivating blue machine before you turn yourself into a drooling lune. Draining the fuel is a good idea for preventing clogged passages in the carb jets from the green debris caused by ethanol, but there is a side effect here.
Once any rubber components are exposed to fuel and then left exposed to the air, they become extremely dry and hard, preventing them from sealing, whether it’s a float-bowl gasket or the rubber tip on the float needle. The rubber tip on the needle for the float is probably extremely dry and solidified, preventing a good seal. I recommend replacing the brass seat (if it’s removable). The brass may be infected with the slightest bit of corrosion, even if it was blown out with carb cleaner and air. If it’s a non-replaceable seat, you want to polish the brass and remove any corrosion. A good method for this is to take a small cordless drill with a soft Q-tip that won’t damage the seat. You want a dab of polishing paste on the Q-tip to polish the seat. Semi-chrome works best. After you run the polishing paste through it, take the clean end of the Q-tip and buff the paste out. You can now blow out the excess with carb cleaner and air and look inside to see how clean the seat is. Repeat as necessary until it looks new. A new float needle and new brass seat, or polished seat, will more than likely cure the drooling.