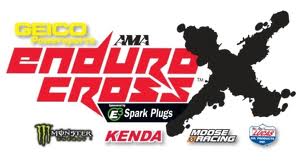 Everett, WA (October 20, 2012) — A sold out Comcast Arena in Everett, Washington hosted round six of the GEICO AMA EnduroCross series and witnessed an amazing night of racing. Although KTM’s Taddy Blazusiak got another win, he was challenged again by Beta’s Cody Webb who passed him and then led several laps before sliding out in a simple turn of all things. Blazusiak regained the lead but Webb remained close until two laps from the end when he stalled his bike and could not get it to re-fire and eventually went a lap down and finished tenth. Monster Kawasaki’s Taylor Robert fought through the pack to take second position. The battle for third raged until the last lap when top Canadian off road racer, Bobby Prochnau took the position away from Mike Brown.The next round of the GEICO EnduroCross series, presented by Lucas Oil will be next weekend in Boise, Idaho on Saturday, October 27th.